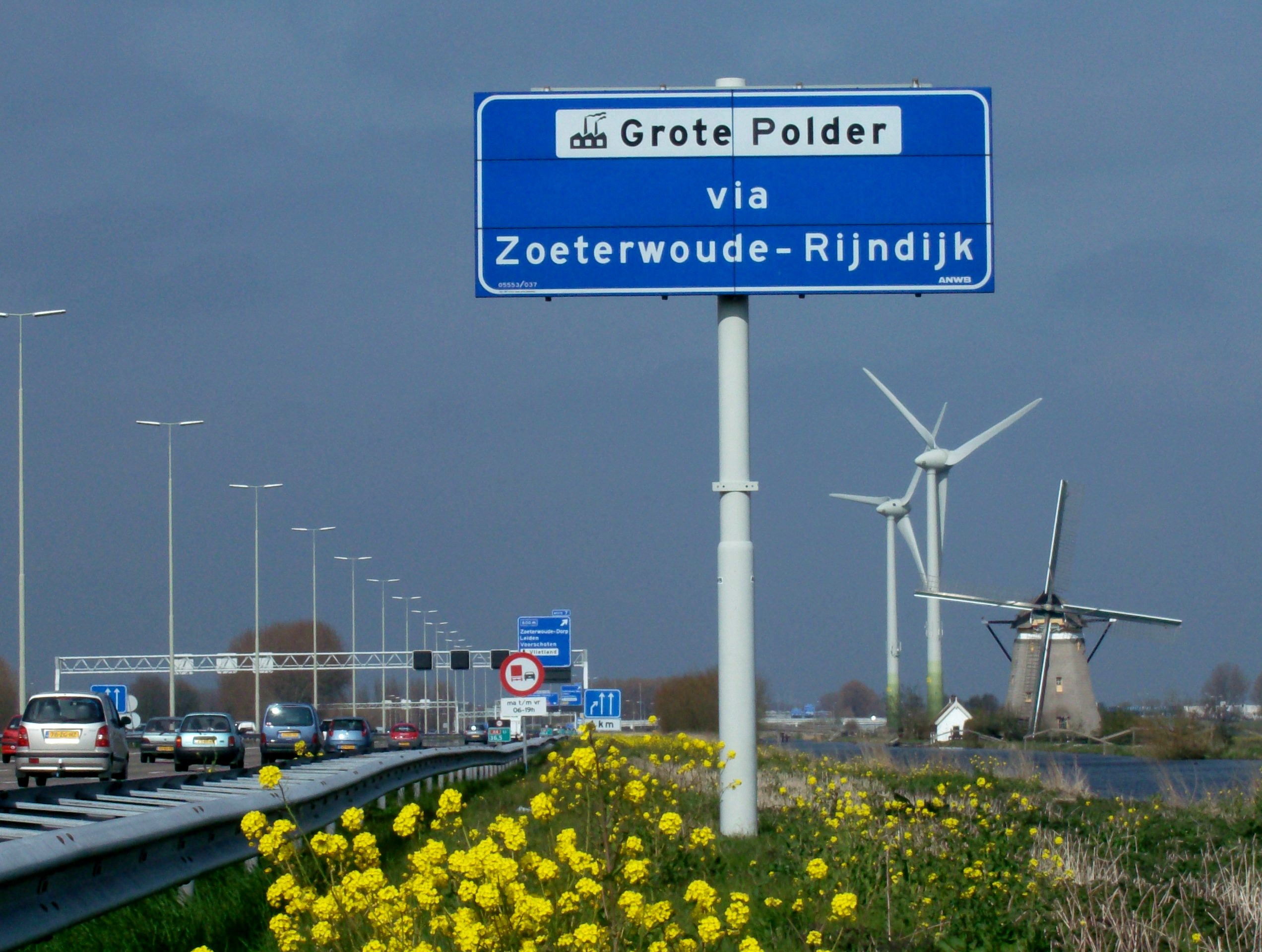 connected to the
left-wing Left-wing politics supports social equality and egalitarianism Egalitarianism (), or equalitarianism, is a school of thought within political philosophy that builds from the concept of social equality, prioritizing it for all people. ...
Socialist Party.

ROOD's main goals are the promotion of a socialist society and promotion of its mother party and attempts to attract new people into it.

Formally, ROOD has been a ''vereniging'' (
voluntary association A voluntary group or union (also sometimes called a voluntary organization, common-interest association, association, or society) is a group of individuals who enter into an agreement, usually as volunteering, volunteers, to form a body (or organiz ...
) since 2003 with the goal to let young people participate in creating a
socialist Socialism is a Political philosophy, political, Social philosophy, social, and economic philosophy encompassing a range of Economic systems, economic and social systems characterised by social ownership of the means of production.Arnold, N. S ...
society in the Netherlands and to support the SP. Between 1999 and 2003, ROOD was a group within the party, initially subtitled "young initiative within the SP". It was the successor of the "J-team". Locally, ROOD is organised in groups within political and financial responsibility of the local SP-section. There exist criteria for forming a group, such as a minimum number of (active) members. The number of groups is continuously fluctuating, but was 20 on average in 2005. Stable groups exist in
Amsterdam Amsterdam (, , ) is the Capital of the Netherlands, capital and Municipalities of the Netherlands, most populous city of the Netherlands with a population of 872,680 within the city proper, 1,558,755 in the City Region of Amsterdam, urban are ...
, Delft, Den Bosch,
Groningen Groningen (, also , , ; gos, Grunn ''or'' Grunnen, italic=invert) is the capital city and main municipality of Groningen (province), Groningen province in the Netherlands. It is the largest city in the north of the Netherlands. As of December 202 ...
,
Utrecht Utrecht ( , ) is the fourth-largest city and a municipality A municipality is usually a single administrative division having Municipal corporation, corporate status and powers of self-government or jurisdiction as granted by national and ...
and Den Haag. ROOD-members can be anyone between 14 and 28. They have to be a member of the SP, except for members below 16 years of age. Nationally, ROOD has a board consisting of five people with a varying number of supporting advisors. The board, elected nationally, coordinates the groups and organises nationwide action campaign and activities such as education and excursions. In May 2012 Lieke Smits was elected chairperson. She is the successor of Leon Botter, who was chairman between 2009 and 2012. He was elected after Eva Gerrebrands stepped down. She was the successor of Gijsbert Houtbeckers, who was chairperson since June 2007, succeeding
Renske Leijten

Although formally independent, ROOD (contrary to other political youth organisations) does not take any stances that are different from that of the party. The main activities of ROOD are political activism and educating its members.

In 2003, ROOD was active protesting against the obligation for all citizens to be always able to identify themselves, and against cuts in education. There were also buildings occupied to attract attention to the lack of housing for young people and at various
universities A university ( la, universitas, 'a whole') is an institution of higher (or tertiary) education and research which awards academic degrees in various academic disciplines. Universities typically offer both undergraduate and postgraduate ...

, actions were held for fair trade coffee at universities. ROOD also sent a representative to the
European Social Forum The European Social Forum (ESF) was a recurring conference held by members of the alter-globalization movement (also known as the Global Justice Movement). In the first few years after it started in 2002 the conference was held every year, but lat ...
(ESF) in Paris. Since 2003, ROOD organises a yearly ''Huisjesmelker van het Jaar'' vote, where students vote for the worst private landlord in the country. Since 2005, this poll is organised in cooperation with the and local councils of that organisation. In 2004, ROOD started a campaign against animal testing in the cosmetics industry, in 2005 L'Oréal were targeted to stop animal testing when ROOD visited delivered a signed petition to the company. ROOD also campaigns on international themes such as globalisation. In 2005, ROOD facilitated an exposition by young Palestinians about their culture, in different Dutch cities. After a visit of ROOD members to the occupied areas in Palestine, a declaration of friendship was signed with the Association Football, football club Hapoel Bnei Sakhnin, by ROOD referred to as "FC Bnei Sakhnin". In the Netherlands, ROOD started a supporters club for this Arab Israeli club. ROOD also participated in the successful campaign against the European Constitution with the slogan "Zeg je ja of denk je na" ("do you say yes, or do you think?"). Image:ROOD van.jpg, ROOD campaigning van In 2006 ROOD organised two electoral campaigns of its own, supporting the SP in the 2006 Dutch municipal elections, municipal elections and in the 2006 Dutch general election, national elections. Also in 2006, ROOD started the website www.watvooreikelszijnjullie.nl, a parody of the government website www.watvooreikelbenjij.nl, meant to teach values to young people. ROOD's stated reasons for the satirical site are that the government site represents a waste of public money (ca. 1 million euro for the campaign) and that the language used by the government site lacks respect (''wat voor eikel ben jij'' can be translated as ''what kind of dick are you''). ROOD also criticised the fact that this site was obviously linked to MSN, which means free publicity for Microsoft. Since 2007, ROOD has been organising actions for the improvement of the education system. The main focus of these actions was against the '1040 hour norm' (a norm that forces schools to give an unrealistic high amount of lessons, creating a huge amount of 'free hours' for students). This 1040 norm caused a spontaneous all-out strike among secondary school students.

ROOD publishes two student newspapers: * The ''Blikopener (eyeopener)'', for Vocational university, HBO and university students; * The ''Code ROOD (code red)'', for all youths between the age of 14 and 28. The Code ROOD appears four times a year and contains political comments and news about activities by ROOD. The Blikopener appears twice a year. They are distributed free of charge at schools, and in some places are distributed at homes in areas with many students. Until 2006, ROOD had a monthly page in the party magazine, the ''Tribune''. Since 2006, ROOD is distributing the ROOD-magazine for its members. It is distributed twice a year and will contain in-depth political analysis for ROOD-members.

Relation to the SP

Unlike other political youth organisations, ROOD is closely linked to the party. For the municipal elections in 2006, 10% of the elected candidates are from ROOD, and for the legislative elections in 2006, former chairperson
Renske Leijten

is at number 9 on the candidate list, and was one of the youngest candidates for parliament. The Socialist Party withdrew its funding from ROOD on November 2020 after multiple alleged instances of Entryism#Socialist entryism, entryism. The youth wing also voted in amendments to publicly stand against coalitions which angered the party.