Limonite () is an iron ore consisting of a mixture of hydrated iron(III) oxide-hydroxides in varying composition. The generic formula is frequently written as FeO(OH)·H2O, although this is not entirely accurate as the ratio of oxide to hydroxide can vary quite widely. Limonite is one of the three principal iron ores, the others being hematite and magnetite, and has been mining, mined for the production of iron since at least 2500 BCE.

Limonite is named for the Greek language, Greek word Wiktionary:λειμών, λειμών (/leː.mɔ̌ːn/), meaning "wet meadow", or Wiktionary:λίμνη, λίμνη (/lím.nɛː/), meaning “marshy lake” as an allusion to its occurrence as bog iron ore in meadows and marshes. In its brown form it is sometimes called brown hematite or brown iron ore. In its bright yellow form it is sometimes called lemon rock or yellow iron ore.

Limonite is relatively density, dense with a specific gravity varying from 2.7 to 4.3. It varies in colour from a bright lemony yellow to a drab greyish brown. The Streak (mineralogy), streak of limonite on an unglazed porcelain plate is always brownish, a character which distinguishes it from hematite with a red streak, or from magnetite with a black streak. The Mohs scale of mineral hardness, hardness is variable, but generally in the 4 - 5.5 range. Although originally defined as a single mineral, limonite is now recognized as a mixture of related hydrated iron oxide minerals, among them goethite, akaganeite, lepidocrocite, and jarosite. Individual minerals in limonite may form crystals, but limonite does not, although specimens may show a fibrous or microcrystalline structure, and limonite often occurs in concretionary forms or in compact and earthy masses; sometimes mammillary, botryoidal, reniform or stalactitic. Because of its amorphous nature, and occurrence in hydrated areas limonite often presents as a clay or mudstone. However, there are limonite pseudomorphs after other minerals such as pyrite. This means that chemical weathering transforms the crystals of pyrite into limonite by hydrating the molecules, but the external shape of the pyrite crystal remains. Limonite pseudomorphs have also been formed from other iron oxides, hematite and magnetite; from the carbonate siderite and from iron rich silicates such as Almandine, almandine garnets.

Limonite usually forms from the hydration of hematite and magnetite, from the oxidation and hydration of iron rich sulfide minerals, and chemical weathering of other iron rich minerals such as olivine, pyroxene, amphibole, and biotite. It is often the major iron component in Laterite, lateritic soils. It is often deposited in run-off streams from mining operations. 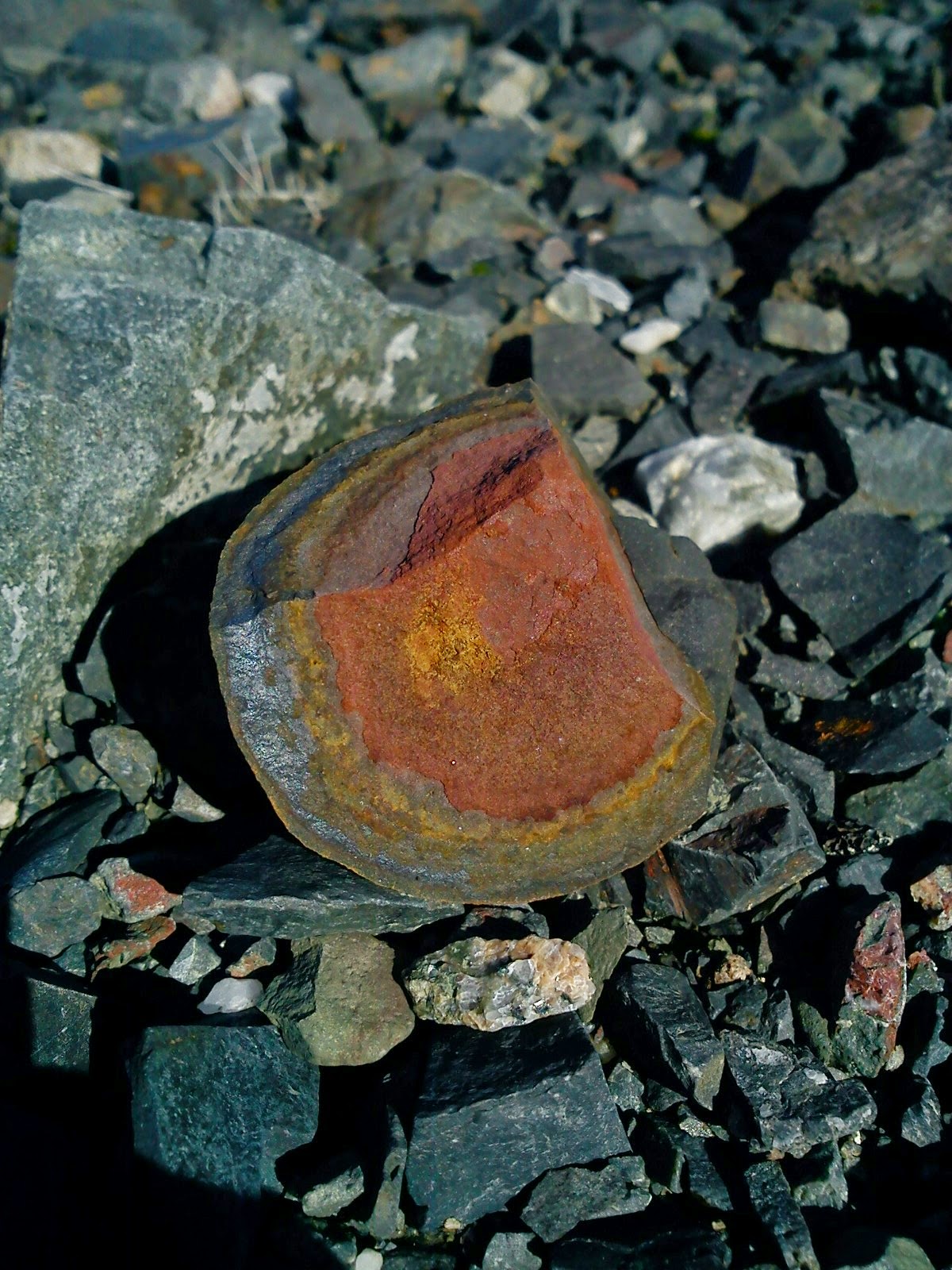 One of the first uses was as a pigment. The yellow form produced yellow ochre for which Cyprus was famous, while the darker forms produced more earthy tones. Roasting the limonite changed it partially to hematite, producing red ochres, burnt umbers and siennas. Bog iron, Bog iron ore and limonite mudstones are mined as a source of iron, although commercial mining of them has ceased in the United States. ''Iron caps'' or gossans of siliceous iron oxide typically form as the result of intensive oxidation of sulfide ore deposits. These gossans were used by prospectors as guides to buried ore. In addition the oxidation of those sulfide deposits which contained gold, often resulted in the concentration of gold in the iron oxide and quartz of the gossans. Goldbearing limonite gossans were productively mined in the Shasta County, California mining district. Similar deposits were mined near Rio Tinto (river), Rio Tinto in Spain and Mount Morgan, Queensland, Mount Morgan in Australia. In the Dahlonega gold belt in Lumpkin County, Georgia gold was mined from limonite-rich laterite, lateritic or saprolite soil. The gold of the primary veins was concentrated into the limonites of the deeply weathered rocks. In another example the deeply weathered iron formations of Brazil served to concentrate gold with the limonite of the resulting soils.

While the first iron ore was likely meteoric iron, and hematite was far easier to Smelting, smelt, in Africa, where the first evidence of iron metallurgy occurs, limonite is the most prevalent iron ore. Before smelting, as the ore was heated and the water driven off, more and more of the limonite was converted to hematite. The ore was then pounded as it was heated above 1250 °C, at which temperature the metallic iron begins sticking together and non-metallic impurities are thrown off as sparks. Complex systems developed, notably in Tanzania, to process limonite. Nonetheless, hematite and magnetite remained the ores of choice when smelting was by Bloomery, bloomeries, and it was only with the development of blast furnaces in 1st century BCE in China and about 1150 CE in Europe, that the brown iron ore of limonite could be used to best advantage. As regards to the use of limonite for pigments, it was one of the earliest man-used materials and can be seen in Neolithic cave paintings and pictographs.