International trade is the exchange of capital, goods, and services across international borders or territories because there is a need or want of goods or services. In most countries, such trade represents a significant share of gross domestic product (GDP). While international trade has existed throughout history (for example Uttarapatha, Silk Road, Amber Road, scramble for Africa, Atlantic slave trade, salt roads), its economic, social, and political importance has been on the rise in recent centuries. Carrying out trade at an international level is a complex process when compared to domestic trade. When trade takes place between two or more states factors like currency, government policies, economy, judicial system, laws, and markets influence trade. To smoothen and justify the process of trade between countries of different economic standing, some international economic organisations were formed, such as the World Trade Organization. These organisations work towards the facilitation and growth of international trade. Statistical services of intergovernmental and supranational organisations and governmental statistical agencies publish official statistics on international trade.

A product that is transferred or sold from a party in one country to a party in another country is an export from the originating country, and an import to the country receiving that product. Imports and exports are accounted for in a country's current account in the balance of payments. Trading globally may give consumers and countries the opportunity to be exposed to new markets and products. Almost every kind of product can be found in the international market, for example: food, clothes, spare parts, oil, jewellery, wine, stocks, currencies, and water. Services are also traded, such as in tourism, banking, consulting, and transportation. 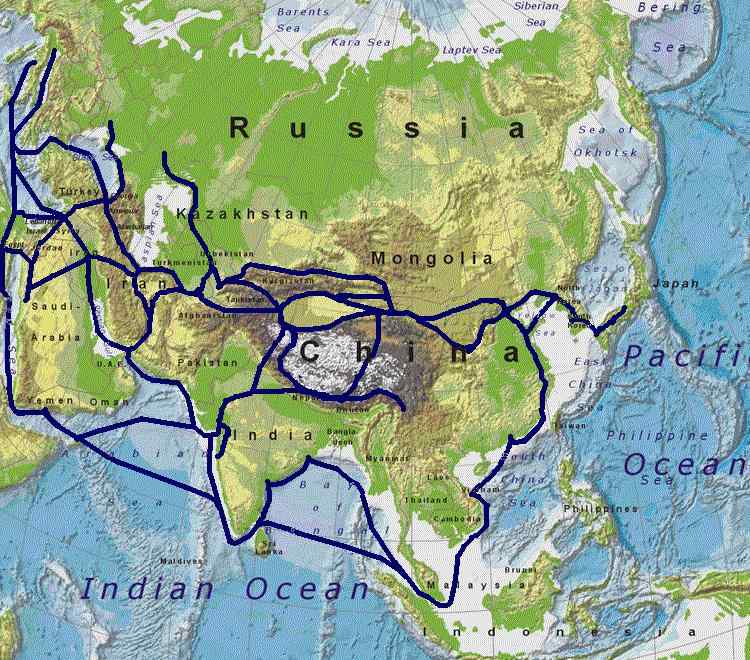 International trade is, in principle, not different from domestic trade as the motivation and the behavior of parties involved in a trade do not change fundamentally regardless of whether trade is across a border or not. However, in practical terms, carrying out trade at an international level is typically a more complex process than domestic trade. The main difference is that international trade is typically more costly than domestic trade. This is due to the fact that a border typically imposes additional costs such as tariffs, time costs due to border delays, and costs associated with country differences such as language, the legal system, or culture (non-tariff barriers). Another difference between domestic and international trade is that factors of production such as capital and labor are often more mobile within a country than across countries. Thus, international trade is mostly restricted to trade in goods and services, and only to a lesser extent to trade in capital, labour, or other factors of production. Trade in goods and services can serve as a substitute for trade in factors of production. Instead of importing a factor of production, a country can import goods that make intensive use of that factor of production and thus embody it. An example of this is the import of labor-intensive goods by the United States from China. Instead of importing Chinese labor, the United States imports goods that were produced with Chinese labor. One report in 2010, suggested that international trade was increased when a country hosted a network of immigrants, but the trade effect was weakened when the immigrants became assimilated into their new country.

The history of international trade chronicles notable events that have affected trading among various economies.

There are several models that seek to explain the factors behind international trade, the welfare consequences of trade and the pattern of trade. 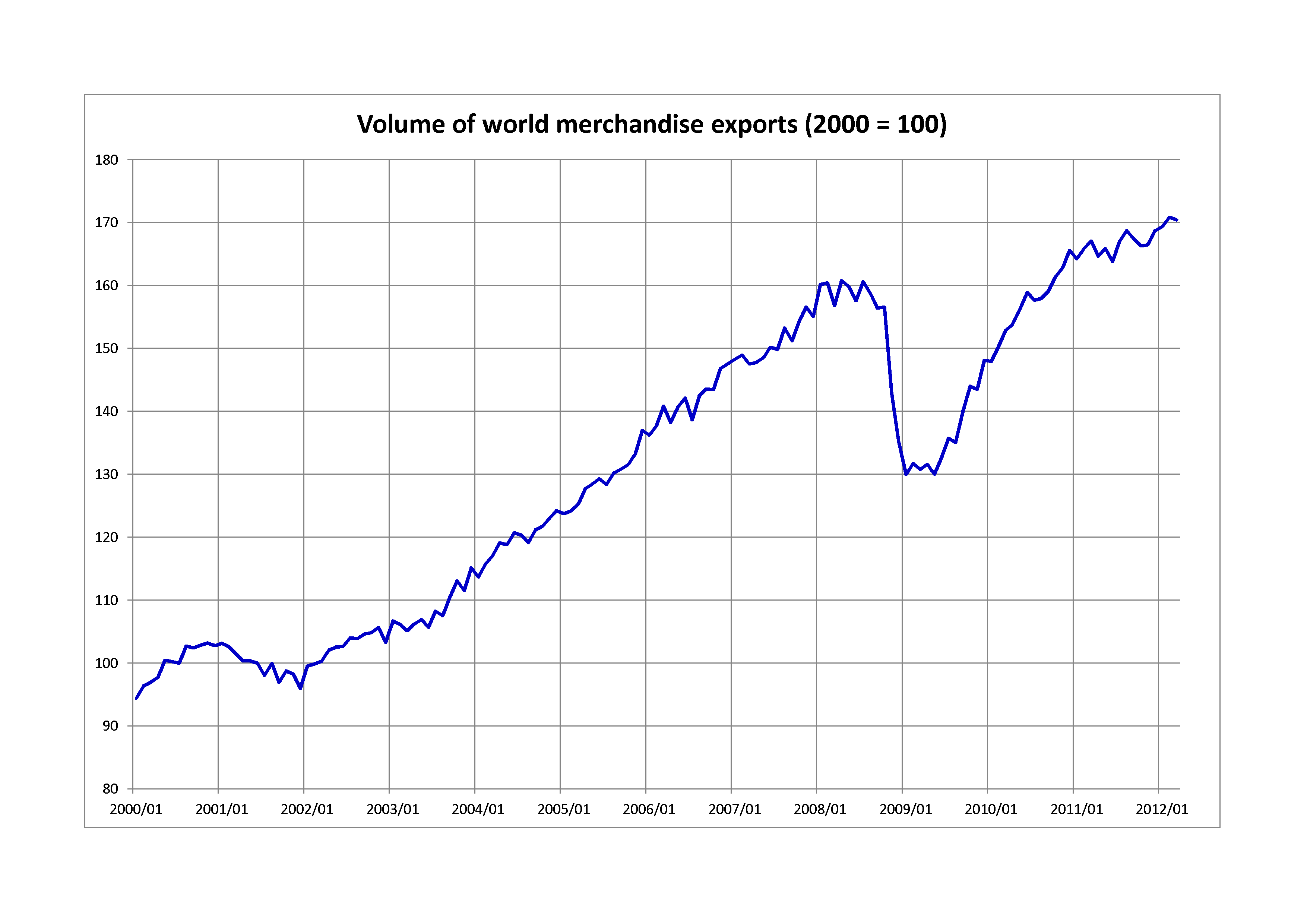 The following table is a list of the 21 largest trading states according to the World Trade Organization.

In the case of food production trade-offs in forms of local food and distant food production are controversial with limited studies comparing environmental impact and scientists cautioning that regionally specific environmental impacts should be considered. Effects of local food on greenhouse gas emissions may vary per origin and target region of the production. A 2020 study indicated that local food crop production alone cannot meet the demand for most food crops with "current production and consumption patterns" and the locations of food production ''at the time of the study'' for 72–89% of the global population and 100–km radiuses as of early 2020. Studies found that food miles are a relatively minor factor of carbon emissions, albeit increased food localization may also enable additional, more significant, environmental benefits such as recycling of energy, water, and nutrients. For specific foods regional differences in harvest seasons may make it more environmentally friendly to import from distant regions than more local production and storage or local production in greenhouses.

Qualitative differences between substitutive products of different production regions may exist due to different legal requirements and quality standards or different levels of controllability by local production- and governance-systems which may have aspects of security beyond resource security, environmental protection, product quality and product design and health. The process of transforming supply as well as labor rights may differ as well. Local production has been reported to increase local employment in many cases. A 2018 study claimed that international trade can increase local employment. A 2016 study found that local employment and total labor income in both manufacturing and nonmanufacturing were negatively affected by rising exposure to imports. Local production in high-income countries, rather than distant regions may require higher wages for workers. Higher wages incentivize automation which could allow for automated workers' time to be reallocated by society and its economic mechanisms or be converted into leisure-like time.

Local production may require knowledge transfer, technology transfer and may not be able to compete in efficiency initially with specialized, established industries and businesses, or in consumer demand without policy measures such as eco-tariffs. Regional differences may cause specific regions to be more suitable for specific production, thereby increasing advantages of specific trade over specific local production. Forms of local production that are highly localized may not be able to meet the efficiency of more large-scale, highly consolidated production in terms of efficiency, including of environmental impact.

A systematic, and possibly first large-scale, cross-sectoral analysis of water, energy and land in security in 189 countries that links total and sectorial consumption to sources showed that countries and sectors are highly exposed to over-exploited, insecure, and degraded such resources with economic globalization having decreased security of global supply chains. The 2020 study finds that most countries exhibit greater exposure to resource risks via international trade – mainly from remote production sources – and that diversifying trading partners is unlikely to help countries and sectors to reduce these or to improve their resource self-sufficiency.

Data on the value of exports and imports and their quantities often broken down by detailed lists of products are available in statistical collections on international trade published by the statistical services of intergovernmental and supranational organisations and national statistical institutes. The definitions and methodological concepts applied for the various statistical collections on international trade often differ in terms of definition (e.g. special trade vs. general trade) and coverage (reporting thresholds, inclusion of trade in services, estimates for smuggled goods and cross-border provision of illegal services). Metadata providing information on definitions and methods are often published along with the data.
United Nations Commodity Trade Database

Trade Data Monitor, a database of monthly import/export statistics for all countries and commodities (subscription required)


The Observatory of Economic Complexity

International Trade
* The McGill Faculty of Law runs a Regional Trade Agreements Database that contains the text of almost all preferential and regional trade agreements in the world.
ptas.mcgill.ca