Expeditionary warfare is the deployment of a state's
military A military, also known collectively as armed forces, is a heavily armed, highly organized force primarily intended for warfare. It is typically officially authorized and maintained by a sovereign state, with its members identifiable by their ...
to fight abroad, especially away from established bases. Expeditionary forces were in part the antecedent of the modern concept of rapid deployment forces. Traditionally, expeditionary forces were essentially self-sustaining with an organic
logistics Logistics is generally the detailed organization and implementation of a complex operation. In a general business sense, logistics is the management of the flow of things between the point of origin and the point of consumption to meet the requi ...
capability and with a full array of supporting arms.

In the ancient world

The earliest examples of expeditionary warfare come from the Sea Peoples, a term used for a confederation of seafaring raiders of the second millennium BC who sailed into the eastern shores of the
Mediterranean The Mediterranean Sea is a sea connected to the Atlantic Ocean, surrounded by the Mediterranean Basin In biogeography, the Mediterranean Basin (also known as the Mediterranean region or sometimes Mediterranea) is the region of lands aroun ...
, caused political unrest, and attempted to enter or control
Egypt Egypt ( ; ar, مِصر ), officially the Arab Republic of Egypt, is a transcontinental country spanning the North Africa, northeast corner of Africa and Western Asia, southwest corner of Asia by a land bridge formed by the Sinai Peninsula. ...
ian territory during the late 19th dynasty, and especially during Year 8 of Ramesses III of the 20th Dynasty.

The raiding tactics were expanded into the more complex expeditionary warfare operations by
Alexander the Great Alexander III of Macedon ( grc-gre, Αλέξανδρος}, ; 20/21 July 356 BC – 10/11 June 323 BC), commonly known as Alexander the Great, was a king (''basileus'') of the Ancient Greece, ancient Greek kingdom of Macedonia (ancient kingdom) ...
who used naval vessels for both troop transporting and
logistics Logistics is generally the detailed organization and implementation of a complex operation. In a general business sense, logistics is the management of the flow of things between the point of origin and the point of consumption to meet the requi ...
in his campaigns against the Alexander the Great#Fall of the Achaemenid Persian Empire, Persian Empire. The next exponents of expeditionary warfare in the ancient world of the Mediterranean Basin were the Carthage, Carthaginians who introduced two entirely new dimensions to the use of Sealift, naval forces by staging not only operations that combined Carthage#Navy, naval and Carthage#Army, land troops, but also eventuated in combining Military strategy, strategic multi-national forces during the land phase of the operation when Hannibal in his most famous achievement at the outbreak of the Second Punic War marched an army, which included war elephants, from Iberian Peninsula, Iberia over the Pyrenees and the Alps into northern Italy. Following on the example of Carthage, the Structural history of the Roman military, Romans used expeditionary operations extensively to expand their Empire and influence in the Mediterranean and beyond, including the Roman conquest of Britain which was not only a limited expeditionary operation, but one conceived to include long-term Military occupation, occupation and Roman settlement of the territories.

In the Middle Ages

Shortly after the collapse of the Roman empire in Italy, the European Middle Ages began with an Vandalic War, expedition of imperial Byzantium, Byzantine general Belisarius against the Vandals. But as that empire dwindled, its warfare became more defensive. The most prominent development of expeditionary warfare during the European Middle Ages came from the Medieval Warm Period, environmental pressures in the Scandinavian region during the Middle Ages, and the emergence of the History of Scandinavia#Viking Age, Viking migrations that combined raiding, longer term inland operations, occupation and settlement. These operations were conducted as Settlement of Iceland, sea, Denmark#Viking Age, coastal and Varangians, riverine operations, and sometimes were strategic in nature, reaching as far as Constantinople#Recovery.2C 717.E2.80.931025, Constantinople. Expeditionary warfare in East Asia began very much in the same way it had in the Mediterranean with short-term raids by Piracy#In East Asia, Japanese pirates. Because the Wokou were weakly resisted by the Ming Dynasty, the raiding eventually developed into fully-fledged expeditionary warfare with the Japanese invasions of Korea (1592–1598), Japanese invasions of Korea (1592–1598).

The development in expeditionary operations reached a new level when during the Crusades the element of political alliance as an influence on the military strategy was introduced, for example in the Crusade#Sixth Crusade 1228.E2.80.931229, Sixth Crusade (AD 1228.)

The rise of European colonial empires

Although all expeditionary warfare until the invention of the combustion engine was largely dependent on the Sailing ship, sailing vessels, it was with the creation of sophisticated Square rig, rigging systems of the European Renaissance that the Age of Sail allowed a significant expansion in expeditionary warfare, notably by the European Colonialism, colonial empires. Some have argued that this was the first Revolution in Military Affairs, revolution in military affairs that changed Spanish Empire, national strategies, Colony, operational methods and Naval tactics in the Age of Sail, tactics both at sea and on the land. One notable example of this evolution was the French Invasion of Egypt (1798), French Invasion of Egypt (1798). Though a significantly expanded expeditionary operation, the Crimean War was the first example of a planned expeditionary campaign that was directed as part of a multinational coalition strategy. Aside from being the first modern expeditionary operation that used Steamboat, steam powered warships and Telegraphy, telegraph communications which marked it as the departing point for the rest of the 19th and 20th century developments. It was also the first used as a military theatre instrument to force decision in the conflict, in what proved to be the last use of the sailing vessels in military expeditions. Perhaps unique in the development of expeditionary warfare were the operations by Yermak Timofeyevich, Yermak during the Russian conquest of Siberia which was a largely land-based operation. This eventually led to the Russian settlement of the Russian far east#History, Far East and the Primorski Krai, coast of the Pacific Ocean. The next development in the evolution of the expeditionary warfare was made during the expansion of the western History of colonialism, European empires and the era of colonialism that also led to the inclusion of the expeditionary methods into the direct expression of national strategies to avoid full-scale conflicts in the shape of the gunboat diplomacy approach. It was at this time that marine (military), naval troops previously used almost exclusively for defence of vessels or minor Amphibious warfare, beach operations were expanded to enable extended Littoral (military), littoral operations. The colonial experience, though largely confined to the period before the World War I, First World War, persisted well into the Gunboat diplomacy#Notable examples, 20th century. Unique in this period was the emergence of non-empire building multinational (though not coalition) operations to defeat the Boxer Rebellion by the Eight-Nation Alliance that can be categorised as possibly the first peacekeeping operation in the modern era.

The period of the World War I, First World War that prolonged well past its completion into the 1920s saw expeditionary warfare established as a systematic and planned type of operations with larger scope than simple Troopship, transportations of troops to the theatre such as the British Expeditionary Force (World War I), British Expeditionary Force in 1914, Russian Expeditionary Force in France, Russian Expeditionary Force in 1916, and the American Expeditionary Force in 1917, and the beginnings of development in true combined operations at strategic, operational and tactical levels with the unsuccessful Amphibious warfare, amphibious landing at Battle of Gallipoli, Gallipoli. Not only did this operation combine the elements of overall war planning context, multinational deployment of forces as part of the same operation, and use of troops prepared for the landings (as opposed to disembarkation), as well as naval gunfire support that was only limited during the era of sailing ships, but also included extensive use of combat engineering in support of the infantry. One of the most extensive and complex of expeditionary operations that followed the war was the Allied intervention in the Russian Civil War that saw forces deployed in the Baltic region, the Arctic region, along the Black Sea coast, and in the Russian Far East. 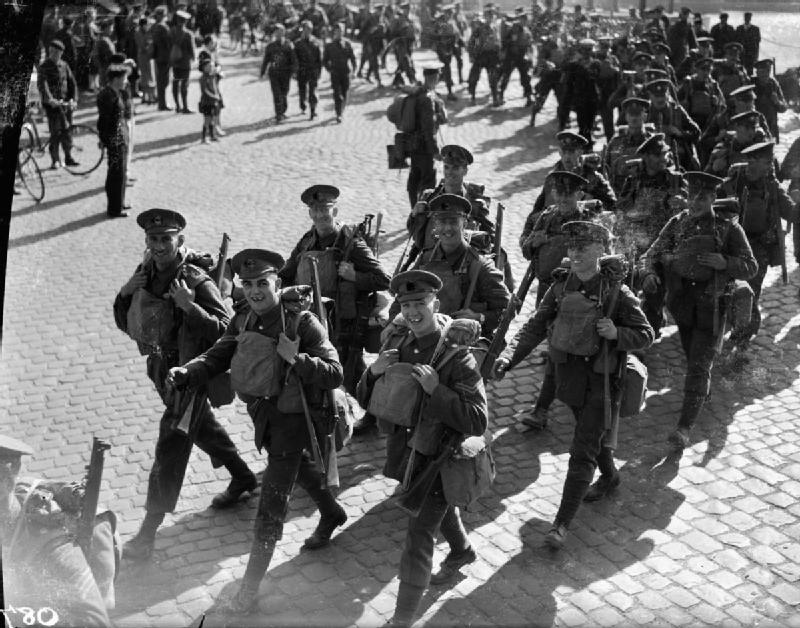 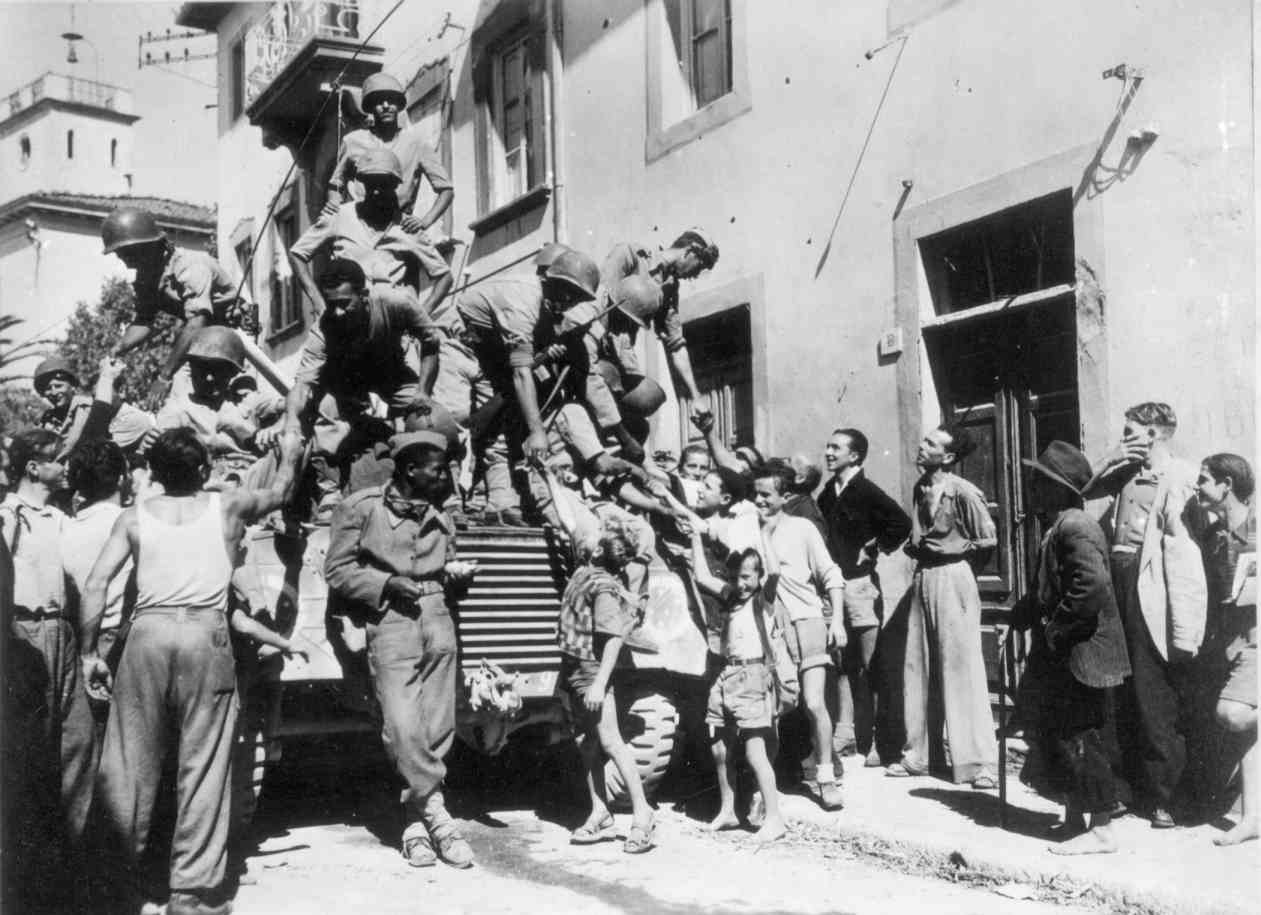 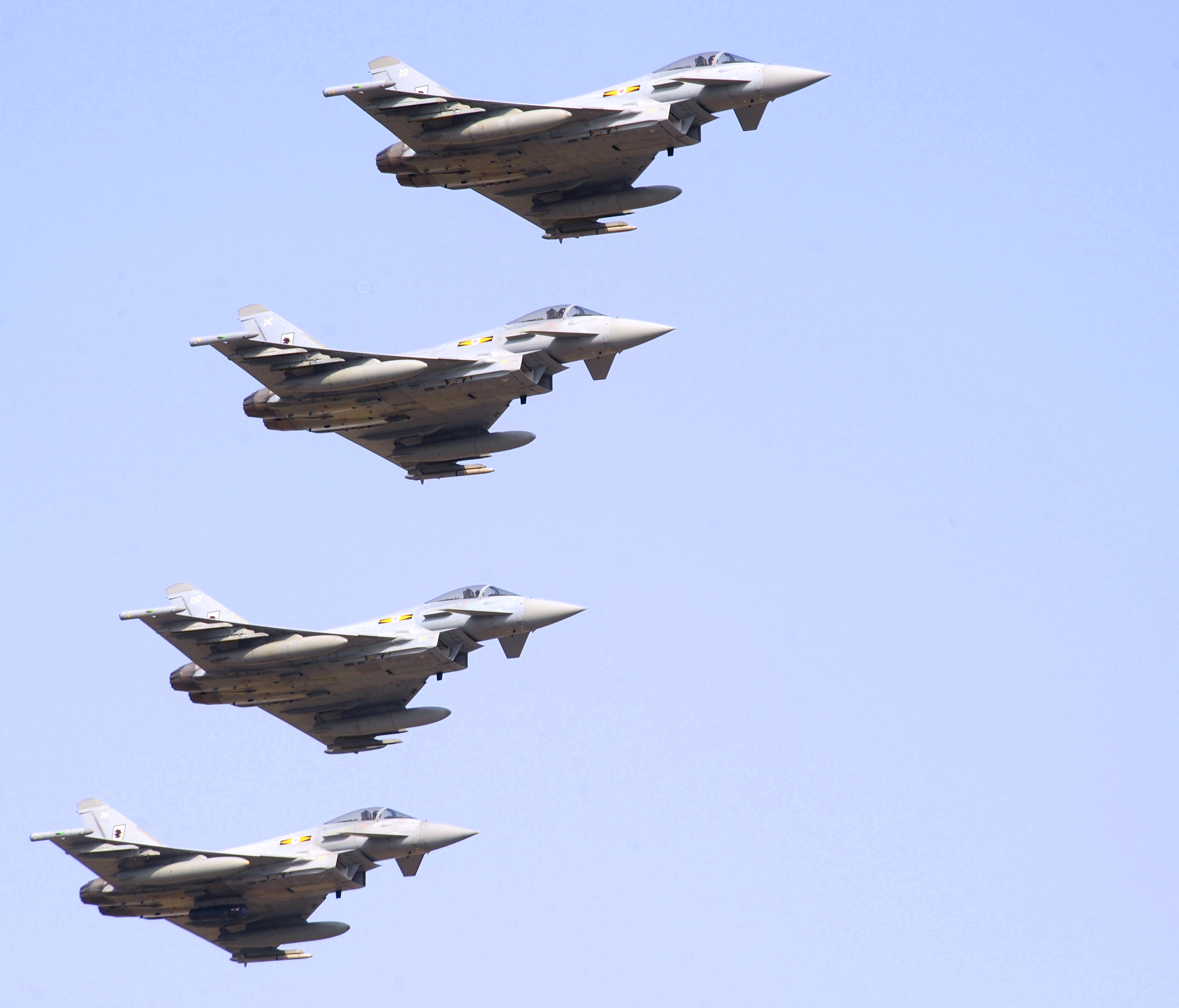