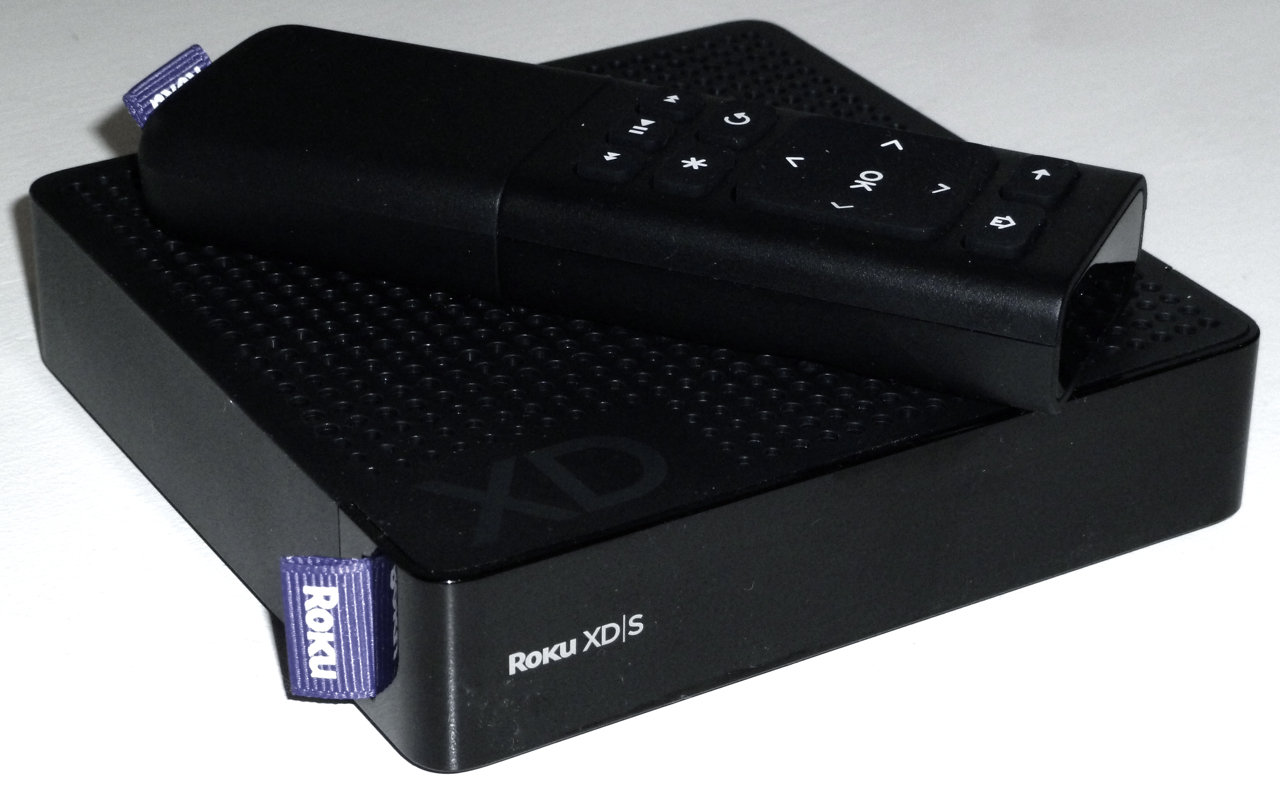 A digital media player (also sometimes known as a streaming device or streaming box) is a type of consumer electronics device designed for the storage, playback, or viewing of digital media content. They are typically designed to be integrated into a home cinema configuration, and attached to a television and/or AV receiver. The term is most synonymous with devices designed primarily for the consumption of content from streaming media services such as internet video, including subscription-based over-the-top content services. These devices usually have a compact form factor (either as a compact set-top box, or a dongle designed to plug into an HDMI port), and contain a 10-foot user interface with support for a remote control and, in some cases, voice commands, as control schemes. Some services may support remote control on digital media players using their respective mobile apps, while Google's Chromecast devices and line is designed exclusively around this method of operation, though Google introduced a more traditional streaming player with an Android TV interface under the Chromecast name in the fall of 2020. A digital media player's operating system may provide a search engine for locating content available across multiple services and installed apps. Many digital media players offer internal access to digital distribution platforms, where users can download or purchase content such as films, television episodes, and apps. In addition to internet sources, digital media players may support the playback of content from other sources, such as external media (including USB drives or memory cards), or streamed from a computer or media server. Some digital media players may also support video games, though their complexity (which can range from casual games to ports of larger games) depends on operating system and hardware support, and besides those marketed as microconsoles, are not usually promoted as the device's main function. Digital media players do not usually include a tuner for receiving terrestrial television, nor disc drives for Blu-rays or DVD. Some devices, such as standalone Blu-ray players, may include similar functions to digital media players (often in a reduced form), as well as recent generations of video game consoles, while "smart TVs" integrate similar functions into the television itself. Some TV makers have, in turn, licensed operating system platforms from digital media players as middleware for their smart TVs—such as Android TV, Amazon Fire TV, and Roku—which typically provide a similar user experience to their standalone counterparts, but with TV-specific features and settings reflected in their user interface.

In the 2010s, with the popularity of portable media players and digital cameras, as well as fast Internet download speeds and relatively cheap mass storage, many people came into possession of large collections of digital media files that cannot be played on a conventional analog HiFi without connecting a computer to an amplifier or television. The means to play these files on a network-connected digital media player that is permanently connected to a television is seen as a convenience. The rapid growth in the availability of online content has made it easier for consumers to use these devices and obtain content. YouTube, for instance, is a common plug-in available on most networked devices. Netflix has also struck deals with many consumer-electronics makers to make their interface available in the device's menus, for their streaming subscribers. This symbiotic relationship between Netflix and consumer electronics makers has helped propel Netflix to become the largest subscription video service in the U.S., using up to 20% of U.S. bandwidth at peak times. Media players are often designed for compactness and affordability, and tend to have small or non-existent hardware displays other than simple LED lights to indicate whether the device is powered on. Interface navigation on the television is usually done with an infrared remote control, while more-advanced digital media players come with high-performance remote controls which allow control of the interface using integrated touch sensors. Some remotes also include accelerometers for air mouse features which allow basic motion gaming. Most digital media player devices are unable to play physical audio or video media directly, and instead require a user to convert these media into playable digital files using a separate computer and software. They are also usually incapable of recording audio or video. In the 2010s, it is also common to find digital media player functionality integrated into other consumer-electronics appliances, such as DVD players, set-top boxes, smart TVs, or even video game consoles.

A digital media player can connect to the home network using either a wireless (IEEE 802.11a, b, g, and n) or wired Ethernet connection. Digital media players includes a user interface that allows users to navigate through their digital media library, search for, and play back media files. Some digital media players only handle music; some handle music and pictures; some handle music, pictures, and video; while others go further to allow internet browsing or controlling Live TV from a PC with a TV tuner. Some other capabilities which are accomplished by digital media players include: * Play, catalog, and store local hard disk, flash drive, or memory card music CDs and view CD album art, view digital photos, and watch DVD and Blu-ray or other videos. * Stream movies, music, photos (media) over the wired or wireless network * View digital pictures (one by one or as picture slideshows) * Stream online video to a TV from services such as Netflix and YouTube. *Play video games such as Angry Birds and others. *Browse the Internet, check email and access social networking sites like Facebook, Twitter, LinkedIn on TV through downloadable applications. *Video conference by connecting a webcam and microphone. In the 2010s, there are stand-alone digital media players on the market from AC Ryan, Asus, Apple (e.g., Apple TV), NetGear (e.g., NTV and NeoTV models), Dune, iOmega, Logitech, Pivos Group, Micca, Sybas (Popcorn Hour), Amkette EvoTV, D-Link, EZfetch, Fire TV, Android TV, Pinnacle, Xtreamer, and Roku, just to name a few. The models change frequently, so it is advisable to visit their web sites for current model names.

These devices come with low power consumption processors or SoC (System on Chip) and are most commonly either based on MIPS or ARM architecture processors combined with integrated DSP GPU in a SoC (or MPSoC) package. They also include RAM-memory and some type of built-in type of non-volatile computer memory (Flash memory).

''HD media player'' or ''HDD media player'' (''HDMP'') is a consumer product that combines digital media player with a hard drive (HD) enclosure with all the hardware and software for playing audio, video and photos to a television. All these can play computer-based media files to a television without the need for a separate computer or network connection, and some can even be used as a conventional external hard-drive. These types of digital media players are sometimes sold as empty shells to allow the user to fit their own choice of hard drive (some can manage unlimited hard disk capacity and other only a certain capacity, i.e. 1TB, 2TB, 3TB, or 4TB), and the same model is sometimes sold with or without an internal hard drive already fitted.

While most media players have traditionally been running proprietary or open source software frameworks versions based Linux as their operating systems, many newer network connected media players are based on the Android platform which gives them an advantage in terms of applications and games from the Google Play store. Even without Android some digital media players still have the ability to run applications (sometimes available via an 'app store' digital distribution platform), interactive on-demand media, personalized communications, and social networking features.

There are two ways to connect an extender to its central media center or HTPC server - wired, or wireless. A wireless connection can be established between the media extender and its central media center. On the downside, interference may cause a "less than optimal" connection and cause network congestion, resulting in stuttering sound, missing frames from video, and other anomalies. It is recommended that an 802.11a or better be used, and over as short of a distance as possible.

Some digital media players will only connect to specific media server software installed on a PC to stream music, pictures and recorded or live TV originating from the computer. Apple iTunes can, for example, be used this way with the Apple TV hardware that connects to a TV. Apple has developed a tightly integrated device and content management ecosystem with their iTunes Store, personal computers, iOS devices, and the AppleTV digital media receiver. The most recent version of the AppleTV has lost the hard-drive that was included in its predecessor and fully depends on either streaming internet content, or another computer on the home network for media. 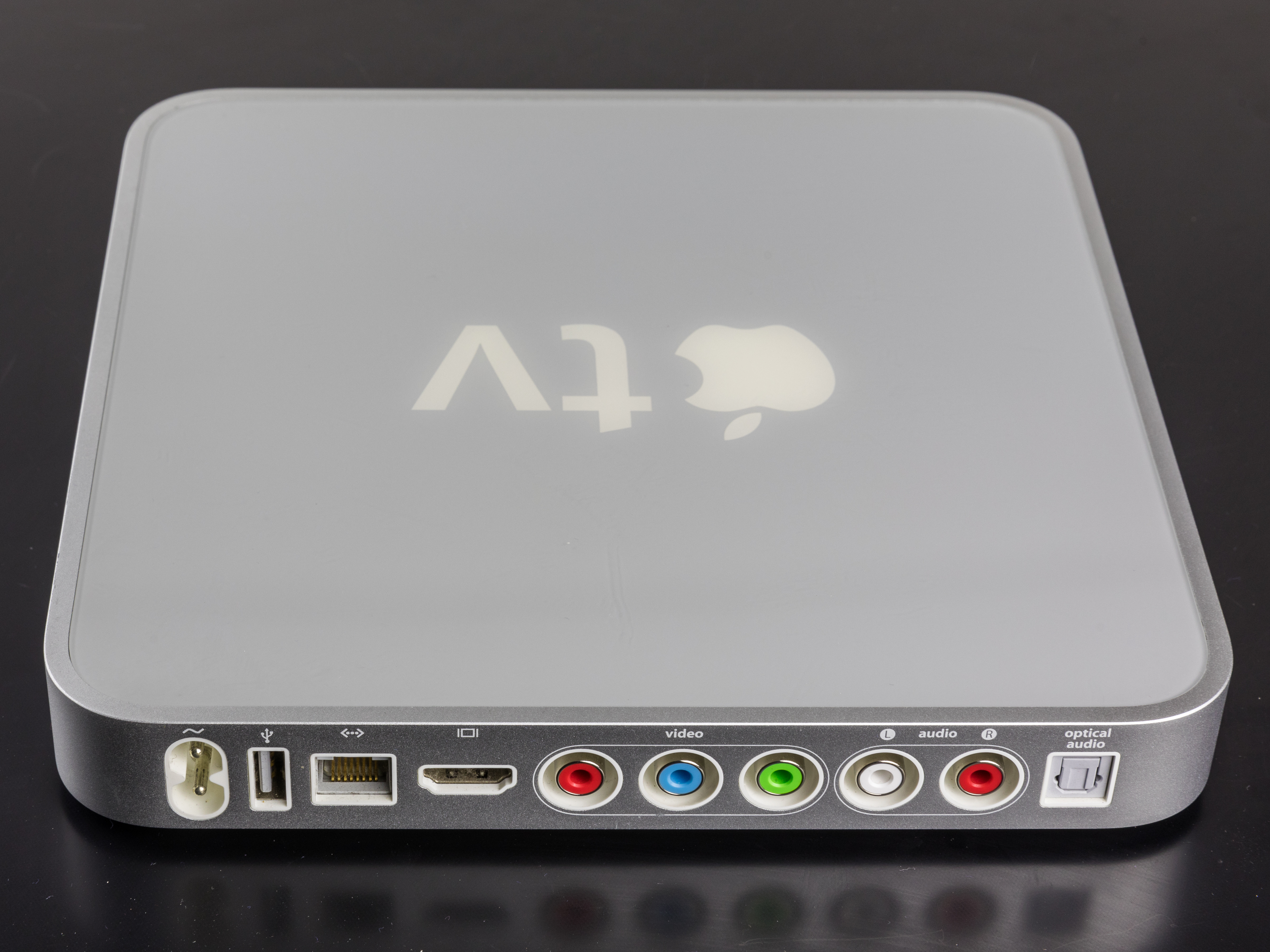 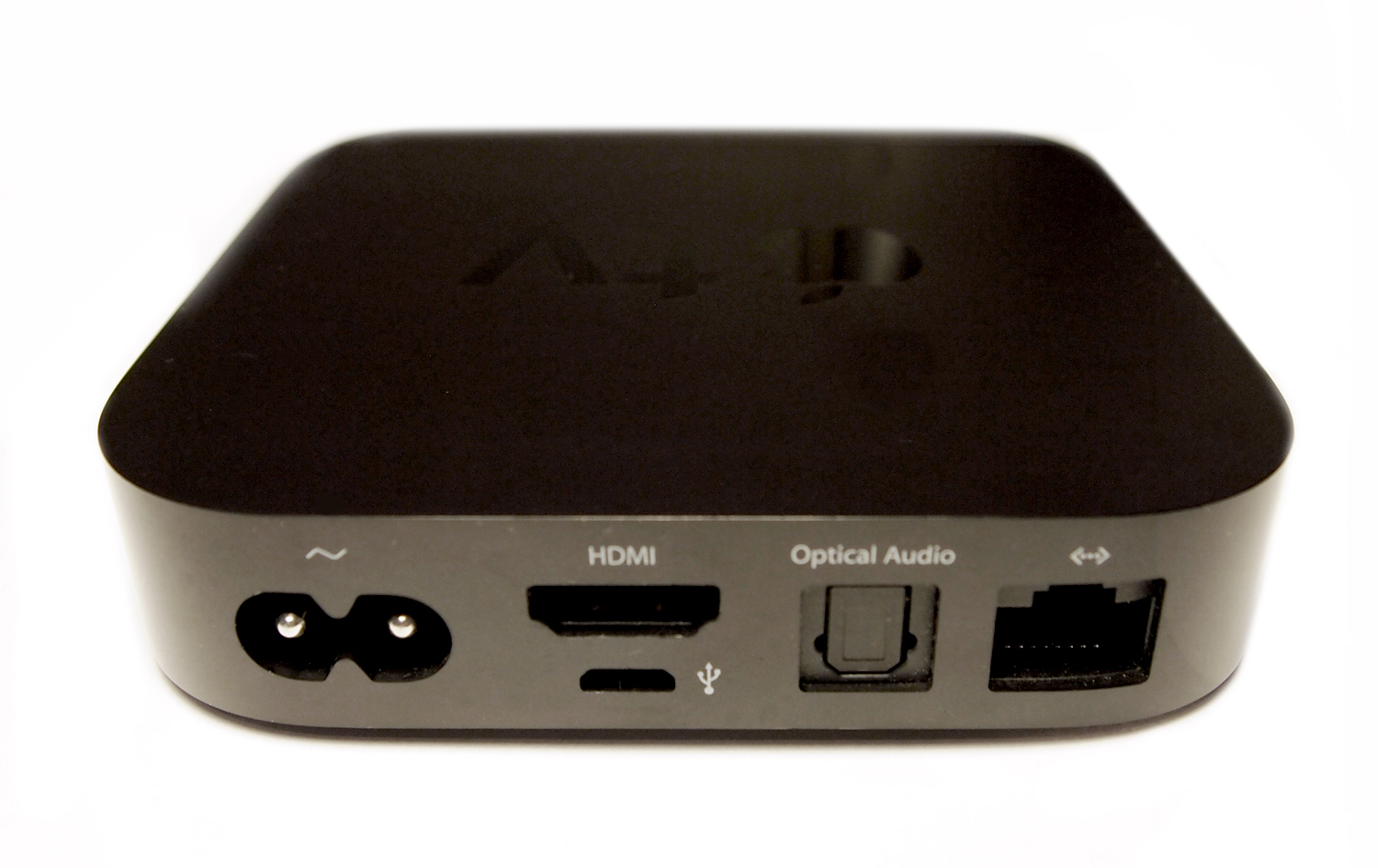 Television connection is usually done via; composite, SCART, Component, HDMI video, with Optical Audio (TOSLINK/SPDIF), and connect to the local network and broadband internet using either a wired Ethernet or a wireless Wi-Fi connection, and some also have built-in Bluetooth support for remotes and game-pads or joysticks. Some players come with USB (USB 2.0 or USB 3.0) ports which allow local media content playback.

The convergence of content, technology, and broadband access allows consumers to stream television shows and movies to their high-definition television in competition with pay television providers. The research company SNL Kagan expects 12 million households, roughly 10%, to go without cable, satellite or telco video service by 2015 using Over The Top services. This represents a new trend in the broadcast television industry, as the list of options for watching movies and TV over the Internet grows at a rapid pace. Research also shows that even as traditional television service providers are trimming their customer base, they are adding Broadband Internet customers. Nearly 76.6 million U.S. households get broadband from leading cable and telephone companies, although only a portion have sufficient speeds to support quality video steaming. Convergence devices for home entertainment will likely play a much larger role in the future of broadcast television, effectively shifting traditional revenue streams while providing consumers with more options.