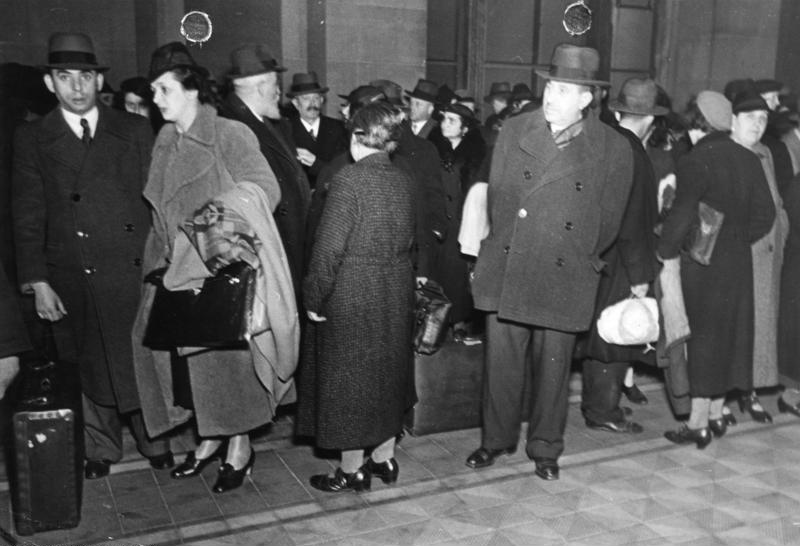 
Before World War I

In the United States, the Bancroft Treaties in the 19th century regulated legislation concerning denaturalization. Also there, the proposed but never ratified Titles of Nobility amendment of 1810 would revoke the American citizenship of anyone who would "accept, claim, receive or retain, any title of nobility" or who would receive any gifts or honors from a foreign power.


Between the World Wars

It is important to note that starting with the period of World War I, many European states began to introduce laws which permitted their own citizens to be denaturalized and denationalized. The first was France, in 1915, with regard to naturalized citizens of "enemy" origins; in 1922 the example was followed by Belgium, which revoked the naturalization of citizens who had committed "anti-national" acts during the war; in 1926 the Fascist regime in Italy passed a similar law concerning citizens who had shown themselves to be "unworthy of Italian citizenship"; in 1933 it was Austria's turn, and so forth, until in 1935 the Nuremberg Laws divided German citizens into full citizens and citizens without political rights. These laws—and the mass statelessness that ensued—mark a decisive turning point in the life of the modern nation-state and its definitive emancipation from the naive notions of "people" and "citizen"

The 1915 French denaturalization law applied only to naturalized citizens with "enemy origins" who had kept their original nationality. Later under Raymond Poincaré's government, another law was passed in 1927 which entitled the government to denaturalize any new citizen who committed acts contrary to the national interest. In 1916, Portugal passed a law which automatically denaturalized all citizens born to a German father. In 1922, Belgium enacted a law revoking the naturalization of people accused of having committed "antinational acts" during the war; this was supplemented in 1934 by a new decree against people "in dereliction of their duties as Belgian citizens." After 1926 in Italy, people who were deemed not to deserve the Italian citizenship or who were considered to represent a threat to the public order could lose their naturalization. In the United States, citizenship had long been restricted to free whites and those of African descent. A number of Indian emigrants gained American citizenship during the early 20th century by qualifying as white. However, the 1923 Supreme Court case ''United States v. Bhagat Singh Thind'' found that Indians were legally non-white and could not be considered citizens. As a result, the US government moved to strip naturalized Indian-Americans of their citizenship, arguing that it had been "illegally procured." A number of denaturalization cases went forward, including against Thind's lawyer, a Californian named Sakharam Ganesh Pandit. However, Pandit successfully argued that he had reasonably relied upon his American citizenship and he would be unjustly harmed by its removal, winning his case in court. The federal government subsequently dropped its denaturalization cases against other Indian-Americans. Egypt in 1926 and Turkey in 1928 enacted laws authorizing denaturalization of any person threatening the public order. Austria passed a similar law in 1933 by which it could denaturalize any citizen who participated in a hostile action against the state. Russia also passed several similar decrees after 1921. In 1933, Nazi Germany passed a law authorizing it to denaturalize any person "living abroad" and began restricting the citizenship rights of naturalized citizens of Jewish origin, followed in 1935 by citizens by birth on the basis of the Nuremberg laws. During Vichy France, 15,000 people, mostly Jews, were denaturalized (between June 1940 and August 1944), following the setting up, in July 1940, of a Commission charged of revision of naturalizations since the 1927 reform of the nationality law.

Under Canadian citizenship law, citizenship can be revoked by an order from the federal cabinet if the naturalized Canadian is convicted of fraud in relation to their citizenship application or original admission to Canada as an immigrant In the past (pre-1977) there were more reasons for revoking citizenship were: * Naturalization in another country * Long residence overseas (before 1967) * Loss based on parent's loss of Canadian citizenship Anyone whose citizenship is revoked can appeal to the Federal Court of Canada.

In Apartheid-era South Africa, the Bantu Homelands Citizenship Act, 1970, removed South African citizenship from Black South Africans, making them citizens of nominally-independent or self-governing tribal "homelands", the Bantustans — none of which achieved international recognition. In parallel with the creation of the homelands, South Africa's black population was subjected to a massive programme of forced relocation. It has been estimated that 3.5 million people were forced from their homes from the 1960s through the 1980s, many being resettled in the Bantustans. With the demise of the apartheid regime in South Africa in 1994, the Bantustans were dismantled and their territory reincorporated into the Republic of South Africa. The drive to achieve this was spearheaded by the African National Congress as a central element of its programme of reform. The Bantu Homelands Citizenship Act itself was repealed by the 1993 Interim Constitution, with all citizens being restored to their South African citizenship.

Section 4 of the British Nationality, Immigration and Asylum Act 2002 gave power to the Home Secretary to ‘deprive a person of a citizenship status if the Secretary of State is satisfied that the person has done anything seriously prejudicial to the vital interests’ of the United Kingdom etc., except in the case where such might render the person stateless.

Loss of U.S. citizenship was a consequence of foreign military service based on Section 349(a)(3) of the Immigration and Nationality Act until its provisions were found unconstitutional by the Supreme Court in 1967 in ''Afroyim v. Rusk''. Yaser Esam Hamdi was a U.S. citizen captured in Afghanistan in 2001. He was fighting against U.S. and Afghan Northern Alliance forces, siding with the Taliban. He was named by the Bush administration as an illegal enemy combatant, and militarily detained in the country for almost three years without receiving any charges. On September 23, 2004, the U.S. Justice Department agreed to release Hamdi to Saudi Arabia on the condition that he give up his U.S. citizenship, though since it was done under duress it is possible that he can later reclaim it. In 2010, the U.S. government launched a program (''Operation Janus'') “to prevent aliens who received a final removal order under a different identity from obtaining immigration benefits”. In January 2018, for the first time, a denaturalization was performed as a result of this program, and a further program (''Operation Second Look'') was initiated by the HSI specifically to address leads received from Operation Janus. In June 2018, UCSIS announced an increase of the efforts to detect fraudulent naturalization cases, aiming at the revocation of the citizenship of individuals who had applied under false pretense.

In 2019, the Narendra Modi-led Bharatiya Janata Party government in India introduced the Citizenship (Amendment) Act, 2019 (CAA) which provides citizenship to persecuted religious minorities from the Indian subcontinent other than Muslims. It simultaneously revived the exercise of updating the National Population Register (NPR) which mandated providing documents proving genealogical descent. Construction of detention camps was started across the country to imprison those who failed to prove papers or qualify for 'refuge' under the CAA. This gave rise to widespread fear of the Muslim religious minority being unfairly denaturalised due to lack of documentation as the Rashtriya Swayamsevak Sangh, the parent organization of the BJP, has held since its inception that Muslims should be denied Indian citizenship. Widespread opposition to CAA and NPR was met with heavy police clampdown and led to the arrest of several well known democratic organizers. The exercise to update the NPR was halted 'indefinitely' amid the COVID-19 lockdown due to nation-wide opposition.