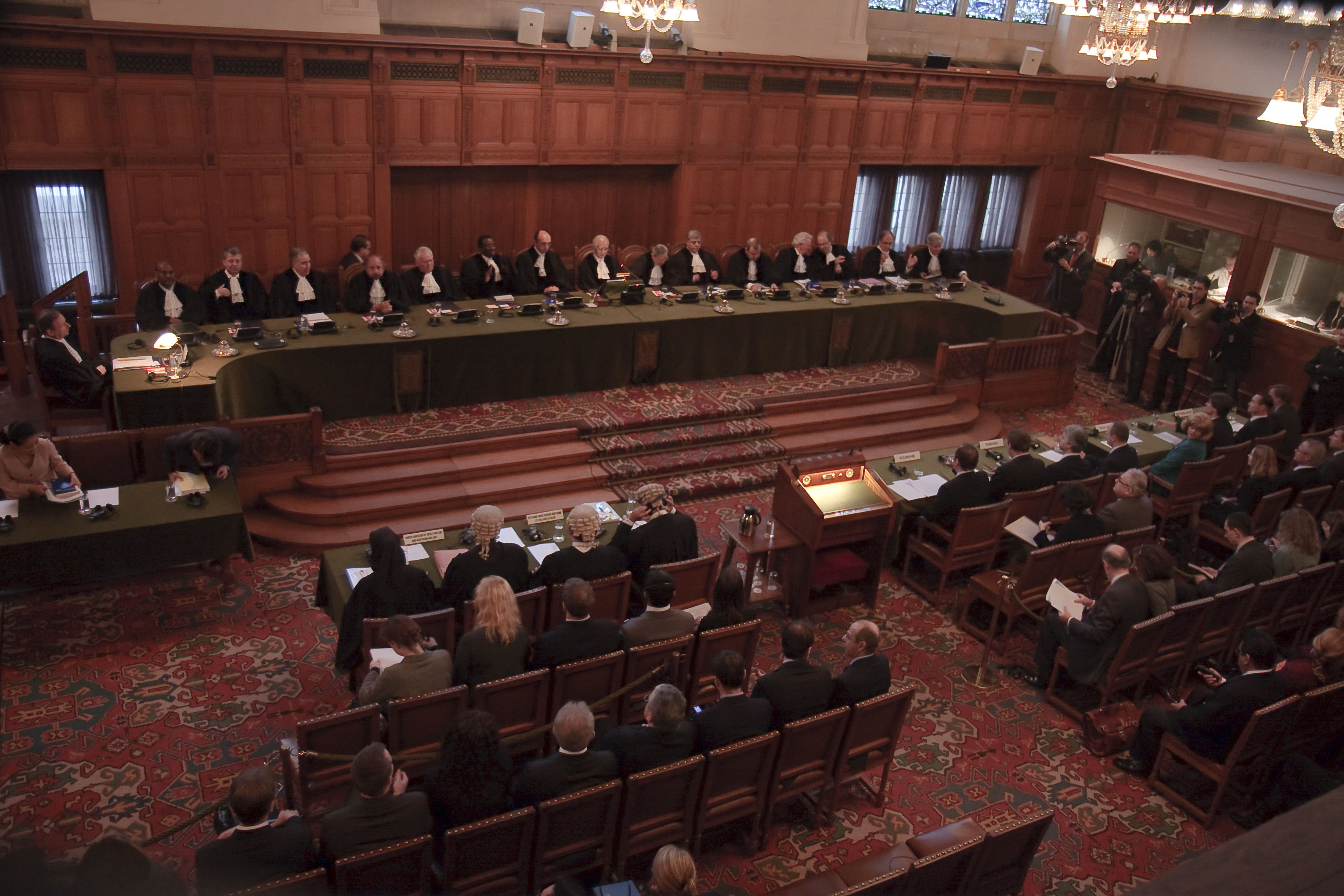 A court is any person or institution, often as a
government A government is the system or group of people governing an organized community, generally a State (polity), state. In the case of its broad associative definition, government normally consists of legislature, Executive (government), ex ...
institution Institutions, according to Samuel P. Huntington, are "stable, valued, recurring patterns of behavior". Institutions can refer to mechanisms which govern the behavior Behavior (American English) or behaviour (British English; American and ...
, with the
authority In the fields of sociology Sociology is the study of society, human social behaviour, patterns of social relationships, social interaction, and culture that surrounds everyday life. It is a social science that uses various methods of Empiric ...
to adjudicate legal disputes between parties and carry out the administration of justice in civil, criminal, and administrative matters in accordance with the
rule of law The rule of law is defined in the '' Oxford English Dictionary'' as " e authority and influence of law in society, especially when viewed as a constraint on individual and institutional behavior; (hence) the principle whereby all members of a ...
. In both common law and civil law
legal system The contemporary national legal systems are generally based on one of four basic systems: civil law, common law, statutory law, religious law or combinations of these. However, the legal system of each country is shaped by its unique history ...
s, courts are the central means for
dispute resolution Dispute resolution or dispute settlement is the process of resolving disputes between parties. The term ''dispute resolution'' is sometimes used interchangeably with '' conflict resolution'', although conflicts are generally more deep-rooted a ...
, and it is generally understood that all people have an ability to bring their claims before a court. Similarly, the rights of those accused of a crime include the right to present a
defense Defense or defence may refer to: Tactical, martial, and political acts or groups * Defense (military), forces primarily intended for warfare * Civil defense, the organizing of civilians to deal with enemy attacks * Defense industry, industry whic ...
before a court. The system of courts that interprets and applies the law is collectively known as the
judiciary The judiciary (also known as the judicial system, judicature, judicial branch, judiciative branch, and court or judiciary system) is the system of court A court is any person or institution, often as a government institution, with the authori ...

. The place where a court sits is known as a Venue (law), venue. The room where court proceedings occur is known as a courtroom, and the building as a courthouse; court facilities range from simple and very small facilities in rural communities to large buildings in cities. The practical authority given to the court is known as its jurisdiction (from Latin , from , "of the law," + , "to declare," + , ''noun-forming suffix''), the court's power to decide certain kinds of questions or petitions put to it. According to William Blackstone's ''Commentaries on the Laws of England,'' a court (for Civil wrong, civil wrongs) is constituted by a minimum of three parties: the or plaintiff, who complains of an injury done; the or defendant, who is called upon to make satisfaction for it; and the or judicial power, who is to examine the truth of the fact, determine the law arising upon that fact, and, if any injury appears to have been done, ascertain and by its Officer of the court, officers apply a legal remedy. It is also usual in the superior courts to have barristers, and attorneys or counsel, as assistants, though, often, courts consist of additional barristers, bailiffs, reporter (law), reporters, and perhaps a jury. The term "the court" is also used to refer to the Chairman, presiding officer or officials, usually one or more judges. The judge or panel of judges may also be collectively referred to as "the Bench (law), bench" (in contrast to Attorney at law, attorneys and barristers, collectively referred to as "the Bar (law), bar"). In the United States, the legal authority of a court to take action is based on personal jurisdiction over the parties to the litigation and subject-matter jurisdiction over the claims asserted. 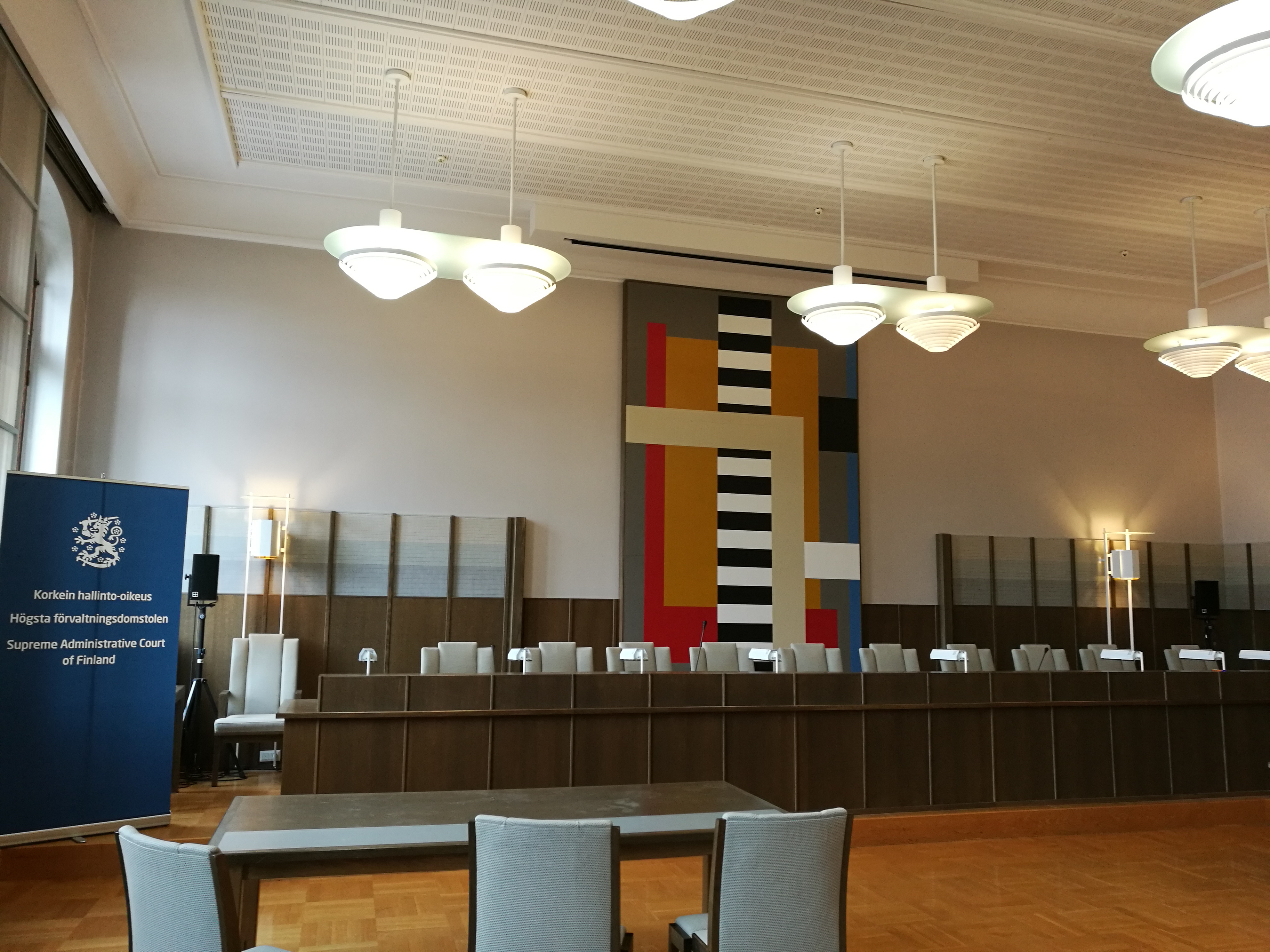 Trial courts are courts that hold trials. Sometimes termed "courts of first instance", trial courts have varying original jurisdiction. Trial courts may conduct trials with juries as the Trier of fact, finders of fact (these are known as jury trials) or trials in which judges act as both finders of fact and Question of law, finders of law (in some jurisdictions these are known as bench trials). Juries are less common in court systems outside the Anglosphere, Anglo-American common law tradition. Appellate courts are courts that hear appeals of lower courts and trial courts. Some courts, such as the Crown Court in England and Wales may have both trial and appellate jurisdictions.

The two major legal traditions of the western world are the civil law courts and the common law courts. These two great legal traditions are similar, in that they are products of western culture although there are significant differences between the two traditions. Civil law courts are profoundly based upon Roman Law, specifically a civil body of law entitled "Corpus Juris Civilis, Corpus iuris civilis". This theory of civil law was rediscovered around the end of the eleventh century and became a foundation for university legal education starting in Bologna, Italy and subsequently being taught throughout continental European Universities. Civil law is firmly ensconced in the French and German legal systems. Common law courts were established by English royal judges of the King's Council after the Norman Invasion of Britain in 1066. The royal judges created a body of law by combining local customs they were made aware of through traveling and visiting local jurisdictions. This common standard of law became known as "Common Law". This legal tradition is practiced in the English and American legal systems. In most civil law jurisdictions, courts function under an inquisitorial system. In the common law system, most courts follow the adversarial system. Procedural law governs the rules by which courts operate: civil procedure for private disputes (for example); and criminal procedure for violation of the criminal law. In recent years international courts are being created to resolve matters not covered by the jurisdiction of national courts. For example, The International Criminal Court, based in The Hague, in The Kingdom of The Netherlands or The Court of Permanent Lok Adalat (Public Utility Services), based in India.

Television show courts, which are not part of the judicial system and are generally arbitration, private arbitrators, are depicted within the court show genre; however, the courts depicted have been criticized as misrepresenting real-life courts of law and the true nature of the legal system. Notable court shows include: * ''Judge Judy'' * ''Paternity Court'' * ''The People's Court'' * ''Judge Mathis'' * ''Judge Alex'' * ''Judge Joe Brown'' * ''Eye for an Eye (2003 TV series), Eye for an Eye'' * ''Judge Rinder'' * ''Ace Attorney (anime), Ace Attorney'' * ''Adaalat''

Types and organization of courts