A comedy film is a category of
film A film, also called a movie, motion picture or moving picture, is a work of visual art used to simulate experiences that communicate ideas, stories, perceptions, feelings, beauty, or atmosphere through the use of moving images. These image ... 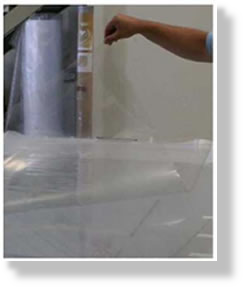 in which the main emphasis is on humor. These films are designed to make the audience laugh through amusement and most often work by exaggerating characteristics for humorous effect. Films in this style traditionally have a happy ending (
black comedy Black comedy, also known as black humor, dark humor, dark comedy, morbid humor, or gallows humor, is a style of comedy that makes light of subject matter that is generally considered taboo, particularly subjects that are normally considered seri ...
being an exception). One of the oldest genres in film—and derived from the classical
comedy Comedy (from the el, wikt:κωμῳδία, κωμῳδία, ''kōmōdía'') is a genre of fiction consisting of discourses or works intended to be humorous or amusing by inducing laughter, especially in theatre, film, stand-up comedy, television ...
in
theatre Theatre or theater is a collaborative form of performing art that uses live performers, usually actor, actors or actresses, to present the experience of a real or imagined event before a live audience in a specific place, often a stage. The pe ...
—some of the earliest
silent film A silent film is a film with no synchronized Sound recording and reproduction, recorded sound (and in particular, no audible dialogue). In silent films for entertainment, the plot may be conveyed by the use of intertitle, title cards, written in ...
s were comedies, as slapstick comedy often relies on visual depictions, without requiring sound. When sound films became more prevalent during the 1920s, comedy films took another swing, as laughter could result from burlesque situations but also dialogue. Comedy, compared with other film genres, puts much more focus on individual stars, with many former stand-up comics transitioning to the film industry due to their popularity. While many comic films are lighthearted stories with no intent other than to amuse, others contain political or social commentary (such as '' The King of Comedy'' and '' Wag the Dog''). The Screenwriters Taxonomy contends that film genres are fundamentally based upon a film's atmosphere, character and story, and therefore the labels "drama" and "comedy" are too broad to be considered a genre.  Instead, the taxonomy contends that comedy films are a "Type" of film; listing at least a dozen different sub-types of comedy films.

The first comedy film was '' L'Arroseur Arrosé'' (1895), directed and produced by Louis Lumière. The most noted comedy actors of the era were
Charlie Chaplin Sir Charles Spencer Chaplin (16 April 188925 December 1977) was an English comic actor, filmmaker, and composer who rose to fame in the era of silent film. He became a worldwide icon through his screen persona, The Tramp, and is considered on ...

The anarchic comedy film, as its name suggests, is a random or stream-of-consciousness type of humour which often lampoons a form of authority. The genre dates from the silent era, and the most famous examples of this type of film would be those produced by Monty Python. Others include ''Duck Soup (1933 film), Duck Soup'' (1933) and ''National Lampoon's Animal House'' (1978).

Bathroom comedy (or gross out comedy)

This sub-type uses comedy to explore serious ideas such as religion, sex or politics.  Often the characters represent particular divergent world views and are forced to interact for comedic effect and social commentary.  Some examples include: ''Bob Roberts'' (1992) and ''M*A*S*H (film), MASH'' (1970).

A comedy of manners satirizes the manners and affectations of a social class, often represented by stock characters. Also, satirical comedy-drama & the plot is often concerned with an illicit love affair or some other scandal. However, the plot is generally less important for its comedic effect than its witty dialogue. This form of comedy has a long ancestry, dating back at least as far as ''Much Ado about Nothing'' created by William Shakespeare. Examples for comedy of manners films include ''Breakfast at Tiffany's (film), Breakfast at Tiffany's'' (1961) and ''Under the Tuscan Sun (film), Under the Tuscan Sun'' (2003).

Farcical films exaggerate situations beyond the realm of possibility – thereby making them entertaining.  Film examples include: ''In the Loop'' (2009) and ''Some Like It Hot, Some Like it Hot'' (1959).

This broad sub-type applies to films that do not attempt a specific approach to comedy but, rather, used comedy for comedic sake.  ''Clueless (film), Clueless'' (1995) and ''Mrs. Doubtfire'' (1993) are examples of straight comedy films.

Slapstick films involve exaggerated, boisterous action to create impossible and humorous situations. Because it relies predominately on visual depictions of events, it does not require sound. Accordingly, the subgenre was ideal for silent movies and was prevalent during that era. Popular silent stars of the slapstick genre include Buster Keaton,
Charlie Chaplin Sir Charles Spencer Chaplin (16 April 188925 December 1977) was an English comic actor, filmmaker, and composer who rose to fame in the era of silent film. He became a worldwide icon through his screen persona, The Tramp, and is considered on ...

Storytelling that includes behavior and storytelling techniques that are illogical; includes bizarre juxtapositions, absurd situations and unpredictable reactions to normal situation; for instance:  ''Monty Python and the Holy Grail'' (1975) and ''Swiss Army Man'' (2016).

According to the Screenwriters Taxonomy, all film descriptions should contain their type (comedy or drama) combined with one (or more) of the eleven super-genres. This combination does not create a separate genre, but rather, provides a better understanding of the film.

Films in this genre/type blend comic antics and action where the stars combine one-liners with a thrilling plot and daring stunts. The genre became a specific draw in North America in the eighties when comedians such as Eddie Murphy started taking more action-oriented roles such as in ''48 Hrs.'' (1982) and ''Beverly Hills Cop'' (1984). Sub-genres of the action comedy (known as macro-genres in the Screenwriters Taxonomy) include:

: Slapstick martial arts films became a mainstay of Hong Kong action cinema through the work of Jackie Chan among others, such as ''Who Am I? (1998 film), Who Am I?'' (1998). ''Kung Fu Panda (franchise), Kung Fu Panda'' is an action comedy that focuses on the martial art of Chinese martial arts, kung fu.

: Some action films focus on superheroes; for example ''The Incredibles'', ''Hancock (film), Hancock'', ''Kick-Ass (film), Kick-Ass'', and ''Mystery Men (film), Mystery Men''. Another category of the action comedy (considered a Pathway in the Screenwriters Taxonomy) include:

Comedy-mystery is a film genre combining elements of comedy and mystery fiction. Though the genre arguably peaked in the 1930s and 1940s, comedy-mystery films have been continually produced since. Examples include the ''Pink Panther'' and ''Scooby-Doo in film, Scooby-Doo'' films.

Fantasy comedy films use Magic (fantasy), magic, supernatural or mythological figures for comic purposes. Some fantasy comedy includes an element of parody, or satire, turning fantasy conventions on their head, such as the hero becoming a cowardly fool or the princess being a klutz. Examples of these films include ''The Chipmunk Adventure'', ''Big (film), Big'', ''Being John Malkovich'', ''Ernest Saves Christmas'', ''Ernest Scared Stupid'', ''Night at the Museum'', ''Groundhog Day (film), Groundhog Day'', ''Click (2006 film), Click'', and ''Shrek''.

Comedy horror is a genre/type in which the usual dark themes and "scare tactics" attributed to horror films are treated with a humorous approach. These films either use goofy horror cliches, such as in ''Scream (film series), Scream'', ''Young Frankenstein'', ''The Rocky Horror Picture Show'', ''Little Shop of Horrors (1986 film), Little Shop of Horrors'', ''The Haunted Mansion (film), Haunted Mansion'', and ''Scary Movie'' where campy styles are favored. Some are much more subtle and don't parody horror, such as ''An American Werewolf in London''. Another style of comedy horror can also rely on over-the-top violence and gore such as in ''The Evil Dead'' (1981), ''Braindead (film), Braindead'' (1992), and ''Club Dread'' (2004) – such films are sometimes known as ''splatstick'', a portmanteau of the words ''splatter'' and ''slapstick''. It would be reasonable to put ''Ghostbusters'' in this category.

Day-in-the-life films takes small events in a person's life and raises their level of importance.  The "small things in life" feel as important to the protagonist (and the audience) as the climactic battle in an action film, or the final shootout in a western.  Often, the protagonists deal with multiple, overlapping issues in the course of the film – just as we do in life.  The day-in-the-life comedy often finds humor in commenting upon the absurdity or irony of daily life; for example ''The Terminal'' (2004) or ''Waitress (film), Waitress'' (2007).  Character humor is also used extensively in day-in-the-life comedies, as can be seen in ''American Splendor (film), American Splendor'' (2003).

A subgenre of the romantic comedy, screwball comedies appear to focus on the story of a central male character until a strong female character takes center stage; at this point, the man's story becomes secondary to a new issue typically introduced by the woman; this story grows in significance and, as it does, the man's masculinity is challenged by the sharp-witted woman, who is often his love interest.  Typically it can include a romantic element, an interplay between people of different economic strata, quick and witty repartee, some form of role reversal, and a happy ending. Some examples of the screwball comedy are: ''It Happened One Night'' (1934), ''Bringing Up Baby'' (1938), ''The Philadelphia Story (film), The Philadelphia Story'' (1940), ''His Girl Friday'' (1940), ''Mr. & Mrs. Smith (1941 film), Mr. & Mrs. Smith'' (1941), and more recently, ''What's Up, Doc? (1972 film), What's Up, Doc?'' (1972).

Sports comedy combines the genre of comedy with that of sports. Thematically, the story is often one of "Our Team" versus "Their Team"; their team will always try to win, and our team will show the world that they deserve recognition or redemption; the story does not always have to involve a team.  The story could also be about an individual athlete or the story could focus on an individual playing on a team.  The comedic aspect of this super-genre often comes from physical humor (''Happy Gilmore -'' 1996), character humor (''Caddyshack -'' 1980), or the juxtaposition of bad athletes succeeding against the odds (''The Bad News Bears'' - 1976).

War films typically tells the story of a small group of isolated individuals who – one by one – get killed (literally or metaphorically) by an outside force until there is a final fight to the death; the idea of the protagonists facing death is a central expectation in a war film. War comedies infuse this idea of confronting death with a morbid sense of humor.  In a war film even though the enemy may out-number, or out-power, the hero, we assume that the enemy ''can'' be defeated if only the hero can figure out how.  Often, this strategic sensibility provides humorous opportunities in a war comedy. Examples include ''Good Morning, Vietnam''; ''M*A*S*H''; the Francis the Talking Mule series; and others.

Films in the western super-genre often take place in the American Southwest or in Mexico, with a large number of scenes occurring outside so we can soak in nature's rugged beauty. Visceral expectations for the audience include fistfights, gunplay, and chase scenes. There is also the expectation of spectacular panoramic images of the countryside including sunsets, wide open landscape and endless deserts and sky.  Western comedies often find their humor in specific characters (''Three Amigos'', 1986), in interpersonal relationships (''The Lone Ranger (2013 film), Lone Ranger'', 2013) or in creating a parody of the western (''Rango (2011 film), Rango'', 2011).