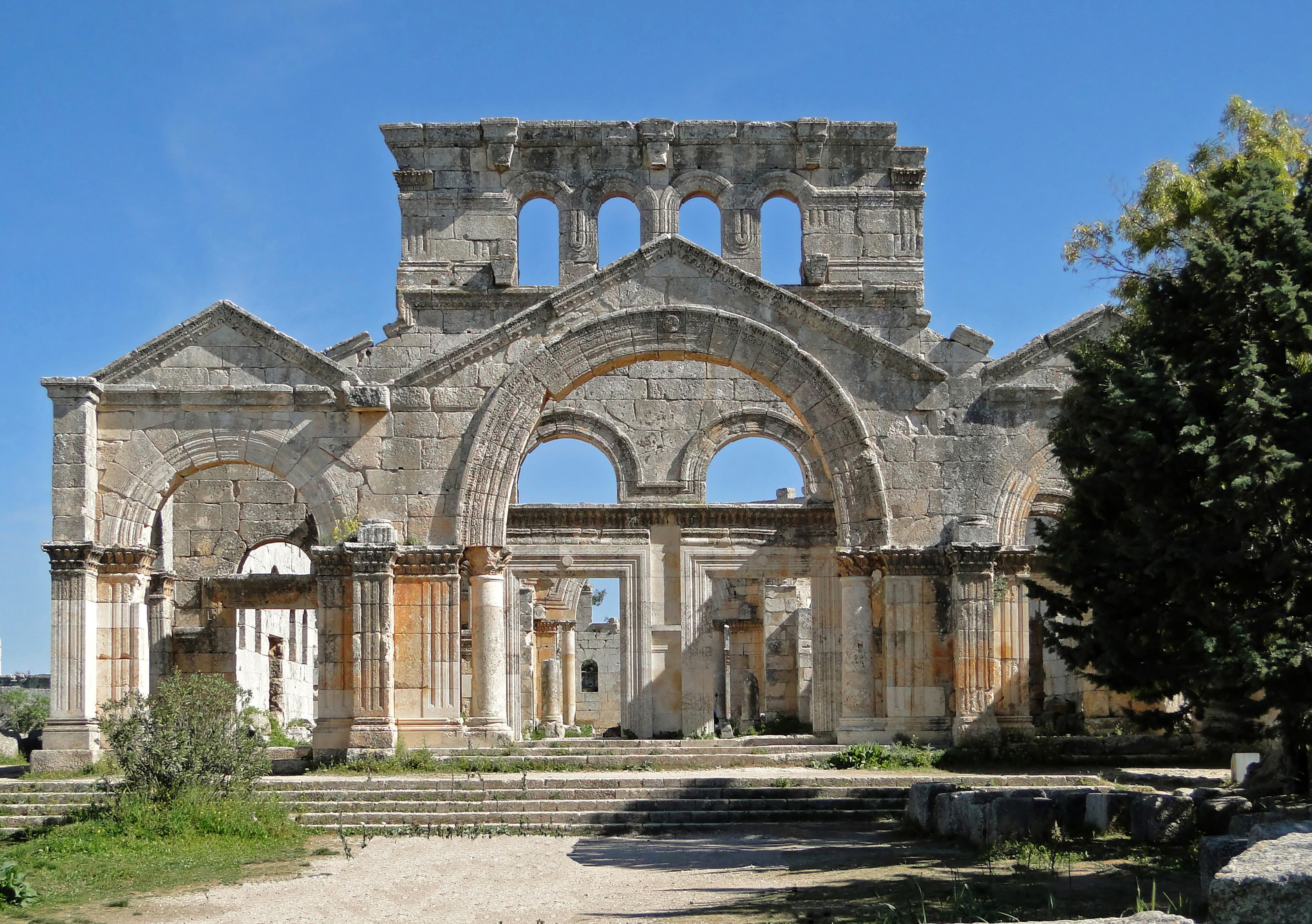 A church building, church house, or simply church, is a building used for Christian worship services and other Christian religious activities. The term is used to refer to the physical buildings where Christians worship and also to refer to the community of Christians. Sometimes it is used as an analogy for the buildings of other religions. In traditional Christian architecture the plan view of a church often forms a Christian cross; the center aisle and seating representing the vertical beam with the bema and altar forming the horizontal. Towers or domes may inspire contemplation of the heavens. Modern churches have a variety of architectural styles and layouts. Some buildings designed for other purposes have been converted to churches, while many original church buildings have been put to other uses. The earliest identified Christian church building is a house church founded between 233 and 256. From the 11th through the 14th centuries there was a wave of church construction in western Europe. A cathedral is a church building housing a cathedra, the seat or throne of a presiding bishop.

In standard Greek usage, the older word "ecclesia" ( el|ἐκκλησία, ''ekklesía'', literally "assembly", "congregation", or the place where such a gathering occurs) was retained to signify both a specific edifice of Christian worship (a "church"), and the overall community of the faithful (the "Church"). This usage was also retained in Latin and the languages derived from Latin (e.g. French ''église'', Italian ''chiesa'', Spanish ''iglesia'', Portuguese ''igreja'', etc.), as well as in the Celtic languages (Welsh ''eglwys'', Irish ''eaglais'', Breton ''iliz'', etc.) and in Turkish (''Kilise''). In the Germanic and some Slavic languages, the word ''kyriak-ós/-ē/-ón'' was adopted instead and derivatives formed thereof. In Old English the sequence of derivation started as "cirice", then Middle English "churche", and eventually "church" in its current pronunciation. German ''Kirche'', Scots ''kirk'', Russian (''tserkov''), Serbo-Croatian ''crkva'', etc., are all similarly derived.

According to the New Testament, the earliest Christians did not build church buildings. Instead, they gathered in homes
Acts 17:5