Audio description, also referred to as a video description, described video, or more precisely called a visual description, is a form of narration used to provide information surrounding key visual elements in a media work (such as a film or television program, or theatrical performance) for the benefit of blind and visually impaired consumers. These narrations are typically placed during natural pauses in the audio, and sometimes during dialogue if deemed necessary. In museums or visual art exhibitions, audio described tours (or universally designed tours that include description or the augmentation of existing recorded programs on audio- or videotape), are used to provide access to visitors who are blind or have low vision. Docents or tour guides can be trained to employ audio description in their presentations. In film and television, description is typically delivered via a secondary audio track. In North America, Second audio program (SAP) is typically used to deliver audio description by television broadcasters. To promote accessibility, some countries (such as Canada and the United States) have implemented requirements for broadcasters to air specific quotas of programming containing audio description.

Silent films could naturally be enjoyed by the deaf due to the lack of spoken dialogue or sound whatsoever. The transition to "talkies" in the late 1920s displaced this audience, but resulted in a push to make them accessible to the visually impaired. ''The New York Times'' documented the "first talking picture ever shown especially for the blind" — a 1929 screening of ''Bulldog Drummond'' attended by members of the New York Association for the Blind and New York League for the Hard of Hearing, which offered a live description for the visually-impaired portion of the audience. In the 1940s and 1950s, Radio Nacional de España aired live audio simulcasts of films from cinemas with descriptions, framing these as a form of radio drama before the advent of television. In the 1980s, the Media Access Group of U.S. public television station WGBH-TV (which had already gained notability for their involvement in developing closed captioning) developed an implementation of audio description for television programming via second audio program (SAP), which it branded as "Descriptive Video Service" (DVS). It was developed in consultation with Dr. Margaret Pfanstiehl of Washington, D.C., who had performed descriptions at theatrical performances and had run a radio reading service known as the Washington Ear. After four years of development and on-air trials (which included a proof of concept that aired the descriptions on a radio station in simulcast with the television airing), WGBH officially launched audio description via 32 participating PBS member stations, beginning with the new season of ''American Playhouse'' on January 24, 1990. In the 1990s at cinemas in California, RP International began to offer audio descriptions for theatrical films under the brand ''TheatreVision'', relayed via earpieces to those who request it. A clip from ''Schindler's List'' was used to pitch the concept to the film's producers Gerald Molen and Branko Lustig, and one of the first films to be presented in this format was ''Forrest Gump'' (1994). TheatreVision sought notable personalities and celebrities to volunteer in providing these narrations, such as sportscaster Vin Scully, William Shatner, Monty Hall, and former U.S. president George H. W. Bush (for ''It's a Wonderful Life''). Sometimes the narrator had ties to the film or was part of its cast; Irene Bedard described ''Pocahontas''—a film where she had voiced the title character, and for the 1994 remake of ''Little Women'', stars from previous versions of the film volunteered, including June Allyson, Margaret O'Brien, and Janet Leigh (whose grandmother was blind) from the 1949 version of the film, as well as Katharine Hepburn—star of the 1933 version. Other companies emerged in providing descriptions for programming in the U.S., including the National Captioning Institute, Narrative Television Network, and others. In the UK Audio Description services were made available on the BBC and ITV after a collaborative project with industry partners. In 2000, the BBC voluntarily committed to providing descriptions for at least 20% of its programming annually. In practice, the BBC has often exceeded these targets. In 2009, BBC iPlayer became the first streaming video on-demand service in the world to support AD where every programme that was broadcast with AD also had AD on BBC iPlayer. On January 29, 2009, The Accessible Channel was launched in Canada, which broadcasts "open" audio descriptions on all programming via the primary audio track. Audio description has also been extended to live events, including sporting events, the ceremonies of the Olympic and Paralympic Games, and the royal wedding of Prince William and Catherine Middleton, among others. In April 2015, the subscription streaming service Netflix announced that it had added support for audio description, beginning with ''Daredevil''—a series based on a comic book character who himself is blind, and would add descriptions to current and past original series on the platform over time. The following year, as part of a settlement with the American Council of the Blind, Netflix agreed to provide descriptions for its original series within 30 days of their premiere, and add screen reader support and the ability to browse content by availability of descriptions. On June 17, 2016, Pornhub announced that it would launch a collection of pornographic videos with audio descriptions. The initiative is sponsored by the website's philanthropic arm Pornhub Cares. In the late-2010s, Procter & Gamble began to add descriptions to some of its television commercials, first in the United Kingdom, and later Spain and the United States. 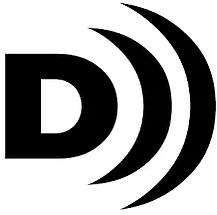 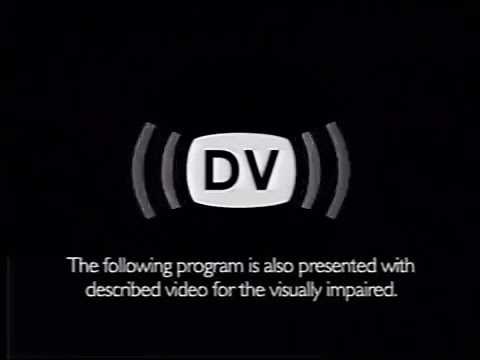 Under Canadian Radio-television and Telecommunications Commission (CRTC) rules, broadcast television stations and former Category A services that dedicated more than half of their programming to comedy, drama, or long-form documentary programs, were required to broadcast at least four hours of programming with audio descriptions (known in Canadian English as described video) per-week, with two hours of this "original" to the channel per-week. These programs must have been drawn from children's, comedy, drama, long-form documentaries, general entertainment and human interest, reality, or variety genres. Broadcasters must also promote the availability of DV programming, including airing a standard audiovisual bumper and logo at the beginning of all programs offering description (the CRTC officially recommends that this announcement be repeated after the conclusion of each commercial break, but this is not typically practiced). All television providers are also required to carry AMI-tv (formerly The Accessible Channel), a specialty channel that broadcasts all programming with descriptions on the primary audio track. On March 26, 2015, the CRTC announced that beginning September 1, 2019, most broadcast and specialty networks owned by vertically integrated conglomerates, as well as any channel previously subject to license conditions specifying minimums for DV, are required to supply described video for any prime-time programming (7:00 p.m. to 11:00 p.m.) that falls within the aforementioned genres. The requirement that a quota of DV programming be "original" to the network was also dropped. Citing the possibility that not enough imported U.S. programming may be supplied with descriptions for their first airing, and the burden this may place on their ability to carry these programs, the CRTC granted an exception to Bell Media, Corus Entertainment, and Rogers Media, along with minor companies DHX Media, CBC, Blue Ant Media, V, and TVA Group, for foreign programming that is received within 24 hours of its scheduled airing — provided that any future airings of the same program in prime-time contain descriptions. In addition, other licensed discretionary services would be expected to air at least four hours of DV programming per-week by the fourth year of their next license term.

The Ofcom code on television access services requires broadcasters that have been on the air for at least five years to broadcast at least 10% of their programming with descriptions. Scrutiny has applied even to ESPN UK—a sports channel—which was fined £120,000 by Ofcom for not meeting an AD quota in 2012. The regulator rejected an argument by ESPN that AD was redundant to commentary, as it is "not provided with the needs of the visually impaired in mind".

Initially, audio description was provided as a public service. However, in 2000, the Federal Communications Commission would enact a policy effective April 1, 2002, requiring the affiliates of the four major television networks in the top 25 markets, and television providers with more than 50,000 subscribers via the top 5 cable networks as determined by Nielsen ratings, to offer 50 hours of programming with descriptions during primetime or children's programming per-quarter. However, the order faced a court challenge led by the MPAA, who questioned the FCC's jurisdiction on the matter. In November 2002, the Court of Appeals for the District of Columbia Circuit ruled that the FCC had no statutory jurisdiction to enforce such a rule. This was rectified in 2010 with the passing of the Twenty-First Century Communications and Video Accessibility Act, which gave the FCC jurisdiction to enforce video description requirements. The previously-intended quotas were reinstated on July 1, 2012, and have been gradually increased to require more programming and wider participation since their implementation.

Broadcast audio description is typically delivered via an alternate audio track, either as a separate language track containing the narration only (which, if the playback device is capable of doing so, is mixed with the primary audio track automatically, and can have separate volume settings), or on a secondary audio track pre-mixed with the primary track, such as a secondary audio program (SAP). In movie theaters, audio description can be heard using DVS Theatrical and similar systems (including DTS-CSS and Dolby Screentalk). Users listen to the description on a wireless headset. 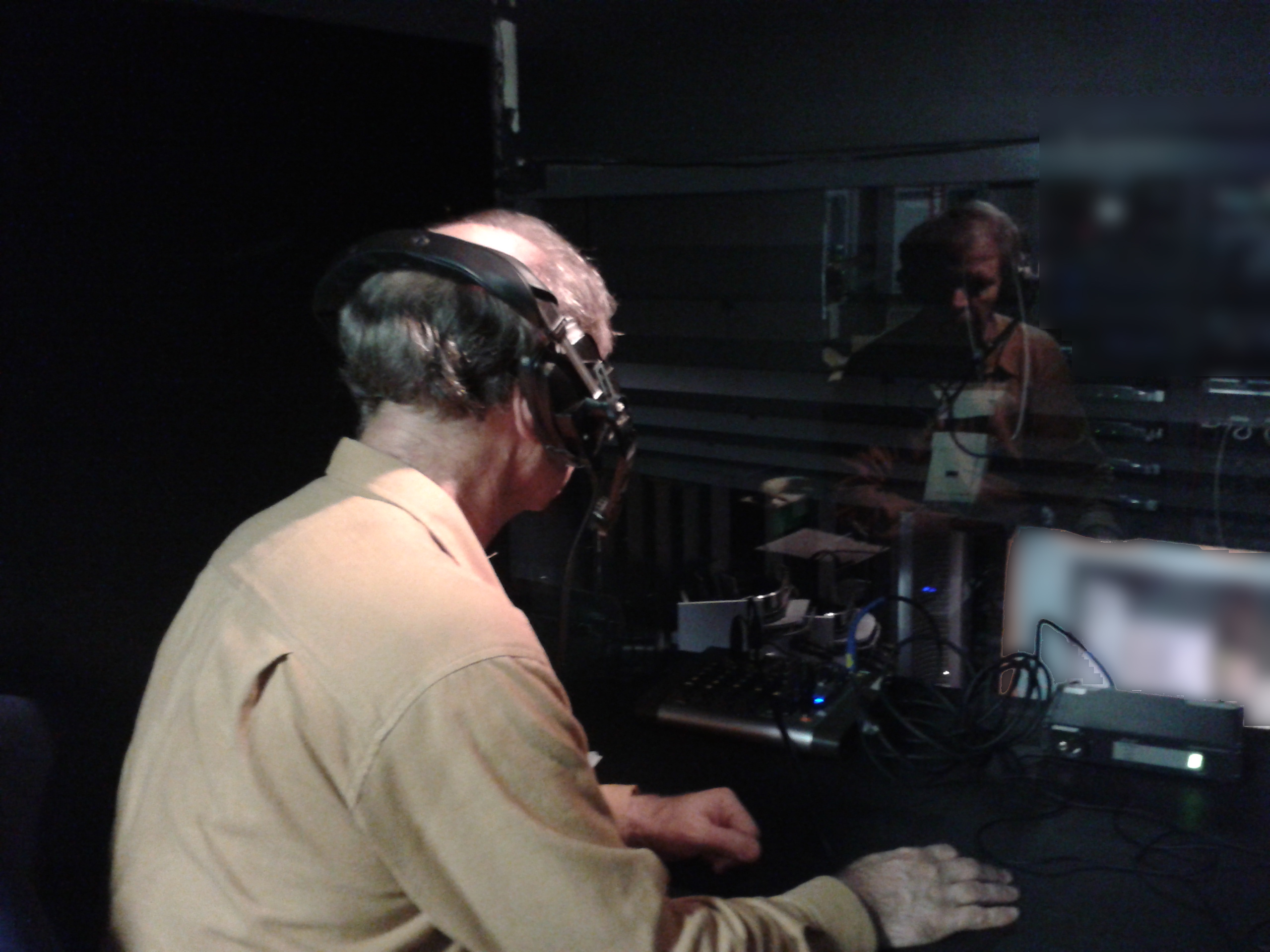 In live theaters, patrons also receive the description via a wireless device, a discreet monaural receiver. However, the description is provided live by describers located in a booth acoustically insulated from the audience, but from where they have a good view of the performance. They make their description which is fed to a small radio transmitter.

The Descriptive Video Service (DVS) is a major United States producer of audio description. ''DVS'' often is used to describe the product itself. In 1985, PBS member television station WGBH-TV in Boston, Massachusetts, began investigating uses for the new technology of stereophonic television broadcasting, particularly multichannel television sound (MTS), which allowed for a third audio channel, called the ''Secondary Audio Program'' (''SAP''). With a history of developing closed captioning of programs for hearing-impaired viewers, WGBH considered the viability of using the new audio channel for narrated descriptions of key visual elements, much like those being done for live theatre in Washington, D.C., by Margaret Pfanstiehl, who had been experimenting with television description as part of her Washington Ear radio reading service. After reviewing and conducting various studies, which found that blind and visually impaired people were consuming more television than ever but finding the activity problematic (often relying on sighted family and friends to describe for them), WGBH consulted more closely with Pfanstiehl and her husband, Cody, and then conducted its first tests of DVS in Boston in 1986. These tests (broadcasting to local groups of people of various ages and visual impairments) and further study were successful enough to merit a grant from the Corporation for Public Broadcasting to complete plans to establish the DVS organization permanently in 1988. After national testing, more feedback, more development of description technique, and additional grants, DVS became a regular feature of selected PBS programming in 1990.