Universal Music Group B.V. (often abbreviated as UMG) is a global music corporation that is majority owned by the French media conglomerate Vivendi, with Chinese tech company Tencent owning a minority stake. UMG's corporate headquarters are located in Hilversum, Netherlands and its operational headquarters are located in Santa Monica, California. The biggest music company in the world, it is one of the "Big Three" record labels, along with Sony Music and Warner Music Group. Tencent acquired ten percent of Universal Music Group in March 2020 for €3 billion and acquired an additional ten percent stake in January 2021. In 2019, ''Fast Company'' named Universal Music Group the most innovative music company and listed UMG among the Top 50 most innovative companies in the world and "amid the music industry's digital transformation, Universal is redefining what a modern label should look like." UMG has signed licensing agreements with more than 400 platforms worldwide.

The company's origins go back to the formation of the American branch of Decca Records in September 1934. The Decca Record Co. Ltd. of England spun American Decca off in 1939. MCA Inc. merged with American Decca in 1962. In November 1990, Japanese multinational conglomerate Matsushita Electric agreed to acquire MCA for $6.59 billion. In 1995, Seagram acquired 80 percent of MCA from Matsushita. On December 9, 1996, the company was renamed Universal Studios, Inc., and its music division was renamed Universal Music Group; MCA Records continued as a label within the Universal Music Group. In May 1998, Seagram purchased PolyGram and merged it with Universal Music Group in early 1999.

In May 2004, Universal Music Group was cast under separate management from Universal Studios, when French media conglomerate Vivendi sold 80% of the latter to General Electric, who subsequently merged it with NBC to form NBCUniversal. This came two months after the separation of Warner Music Group from Time Warner. In February 2006, Vivendi purchased the remaining 20 percent of UMG from Matsushita Electric. On September 6, 2006, Vivendi announced its €1.63 billion ($2.4 billion) purchase of BMG Music Publishing; after receiving European Union regulatory approval, the acquisition was completed on June 25, 2007.

In June 2007, UMG acquired Sanctuary, which eventually became UMG's entertainment merchandising and brand management division, Bravado. The company represents artists such as Justin Bieber, Lady Gaga, and Kanye West, and has partnered with retailers including Barneys, Bloomingdale's and Selfridges. In 2008, Universal Music Group agreed to make its catalog available to Spotify, then a new streaming service, for use outside the U.S. on a limited basis. With Lucian Grainge's appointment as CEO at UMG, Max Hole was promoted to COO of UMGI, effective July 1, 2010. Doug Morris stepped down from his position as CEO on January 1, 2011. Former chairman/CEO of Universal Music International Lucian Grainge was promoted to CEO of the company. Grainge later replaced him as chairman on March 9, 2011. Morris became the next chairman of Sony Music Entertainment on July 1, 2011. With Grainge's appointment as CEO at UMG, Max Hole was promoted to COO of UMGI, effective July 1, 2010. Starting in 2011 UMG's Interscope Geffen A&M Records began signing contestants from ''American Idol''. In January 2011, UMG announced it was donating 200,000 master recordings from the 1920s to 1940s to the Library of Congress for preservation. In 2011, EMI agreed to sell its recorded music operations to Universal Music Group for £1.2 billion ($1.9 billion) and its music publishing operations to a Sony-led consortium for $2.2 billion. Among the other companies that had competed for the recorded music business was Warner Music Group which was reported to have made a $2 billion bid. IMPALA opposed the merger. In March 2012, the European Union opened an investigation into the acquisition The EU asked rivals and consumer groups whether the deal would result in higher prices and shut out competitors. On September 21, 2012, the sale of EMI to UMG was approved in Europe and the United States by the European Commission and Federal Trade Commission respectively. However, the European Commission approved the deal only under the condition the merged company divest one third of its total operations to other companies with a proven track record in the music industry. UMG divested Mute Records, Parlophone, Roxy Recordings, MPS Records, Cooperative Music, Now That's What I Call Music!, Jazzland, Universal Greece, Sanctuary Records, Chrysalis Records, EMI Classics, Virgin Classics, and EMI's European regional labels to comply with this condition. UMG retained The Beatles (formerly of Parlophone) and Robbie Williams (formerly of Chrysalis). The Beatles catalogue was transferred to UMG's newly formed Calderstone Productions, while Williams' catalogue was transferred to Island Records.

In June 2018, Universal Music Japan announced an exclusive license agreement with Disney Music Group. With the addition of Japan, UMG distributes releases from Disney Music Group globally. In July, The Rolling Stones signed a worldwide agreement with UMG covering the band's recorded music and audio-visual catalogues, archival support, global merchandising and brand management. That same month, Vivendi announced it would explore selling as much as half of Universal Music Group to one or more investors. In Nielsen's 2018 US Music Mid-Year report, UMG made history with eight of the Top 10 artists, including all of the top five, as well as all of the top eight artists ranked by on-demand audio streams. In August 2018, UMG announced a strategic expansion in Africa, opening an office in Abidjan to oversee French-speaking Africa, and also unveiling a Universal Music Nigera office in Lagos to focus on signing local artists and taking them global. In September 2018, singer Elton John signed a global partnership agreement with UMG across recorded music, music publishing, brand management, and licensing rights. On November 19, 2018, singer-songwriter Taylor Swift signed a new multi-album deal with UMG, in the United States, her future releases will be promoted under the Republic Records imprint. In addition to the promised ownership of her master recordings, UMG agreed to, in the event that it sells portions of its stake in Spotify, distribute proceeds among its artists and make them non-recoupable. In December 2018, Queen's "Bohemian Rhapsody" became the most-streamed song from the pre-streaming era and the most-streamed classic rock song of all time. In February 2019, UMG fully acquired music distributor INgrooves. UMG was named to ''Fast Company's'' annual list of the World's 50 Most Innovative Companies for 2019, the first major music company to be included on the list in a decade. UMG is also ranked number 1 in the music category. UMG was named by ''Forbes'' as one of America's Best Midsize Employers in 2019. In June, YouTube and UMG announced that they were upgrading more than 1,000 popular music videos to high definition, releasing them through 2020. In August 2019, Tencent and Vivendi started negotiation to sell 10% Vivendi's stake of Universal Music to Tencent. The deal is expected to be of $3.36 billion. The company and Lego Group announced a music product partnership on April 26, 2020. On June 16, 2020, Universal rebranded Virgin EMI Records as EMI Records and named Rebecca Allen (former president of UMG's Decca label) as the label's president, bringing back the EMI brand. Same day, UMG announced launch of its new affiliates in Morocco and Israel.

Universal Music Group co-developed Vevo, a site designed for music videos inspired by Hulu.com, which similarly allows free ad-supported streaming of videos and other music content. On May 24, 2018, Vevo announced that it would no longer continue distributing videos to Vevo.com, instead opting to primarily focus on YouTube syndication. 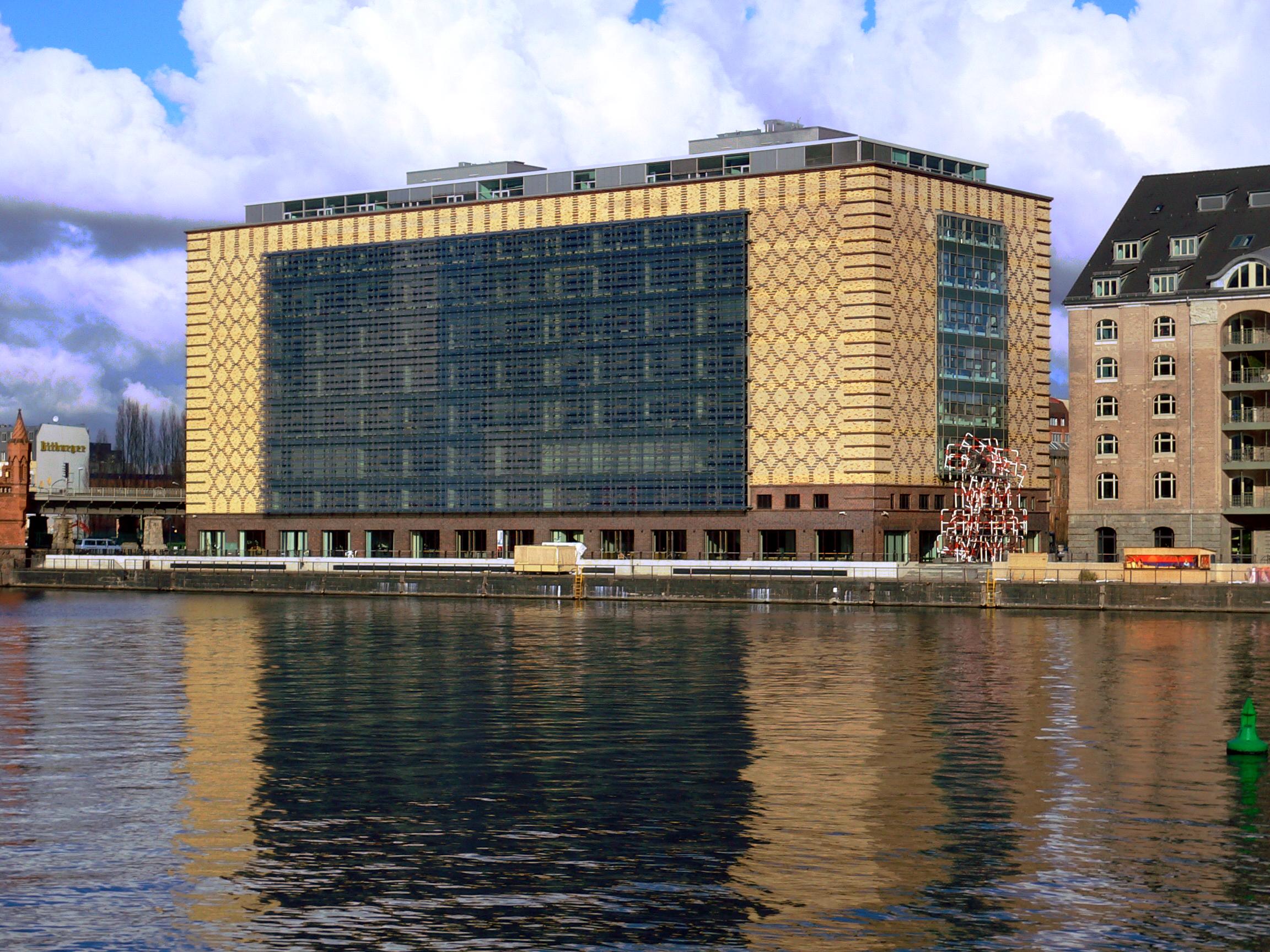 Universal Music Spain is based in Madrid, Spain.

Universal Music GmbH, the German subsidiary, is headquartered in Berlin. It moved in 2002 from Hamburg to the district Friedrichshain at the river Spree.

In 2000, music companies including UMG entered into consent agreements with the Federal Trade Commission, with no admission of liability, whereby they agreed to discontinue the use of Minimum Advertised Price programs under which subsidized cooperative advertising was provided to retailers that agreed to adhere to minimum advertised pricing. In 2002, a similar settlement was entered into with music publishers and distributors Sony Music, Warner Music, Bertelsmann Music Group, EMI Music and Universal Music Group and certain retailers, without admission of liability or wrongdoing, with various states. In settlement of the claim, the companies collectively agreed to pay a $67.4 million fine and distribute $75.7 million in CDs to public and non-profit groups. It was estimated that consumers were overcharged by $500 million and up to $5 per album.

In May 2006, an investigation led by then New York Attorney General, Eliot Spitzer, concluded with a determination that Universal Music Group bribed radio stations to play songs from Ashlee Simpson, Brian McKnight, Big Tymers, Nick Lachey, Lindsay Lohan and other performers under Universal labels. The company paid $12 million to the state in settlement.

In 2007, with the help of the Electronic Frontier Foundation, Stephanie Lenz sued UMG's publishing company for allegedly improperly requesting that, pursuant to the Digital Millennium Copyright Act, YouTube remove a 29-second home video in which Lenz's child danced to a recording of Prince's song "Let's Go Crazy". After years of litigation, the suit settled in 2018, prior to the court holding a trial on whether UMG had a subjective belief that the video was infringing and not fair to use before sending its request to YouTube. In April 2016, UMG had the audio muted of a video clip showing Katherine Jenkins singing the British national anthem. They claimed that the recording of "God Save the Queen" was copyrighted, and YouTube initially complied with this request, but subsequently offered the video with the original audio track.

In December 2007, UMG announced a deal with Imeem which allows users of the social network to listen to any track from Universal's catalogue for free with a portion of the advertising generated by the music being shared with the record label. All traffic was redirected to MySpace after that company acquired Imeem on December 8, 2009.

According to Jody Rosen of ''The New York Times'', the fire which swept through Universal Studios Hollywood on June 1, 2008 caused "the biggest disaster in the history of the music business". In space rented from NBC-Universal, according to an official document marked "Confidential", the fire destroyed at least 118,230 "assets" (master recordings), or about 500,000 song titles, owned by UMG. "The vault housed tape masters for Decca, the pop, jazz and classical powerhouse; it housed master tapes for the storied blues label Chess; it housed masters for Impulse!, the groundbreaking jazz label. The vault held masters for the MCA, ABC, A&M, Geffen and Interscope labels; as well as some smaller subsidiary labels. Nearly all of these masters—in some cases, the complete discographies of entire record labels—were wiped out in the fire."