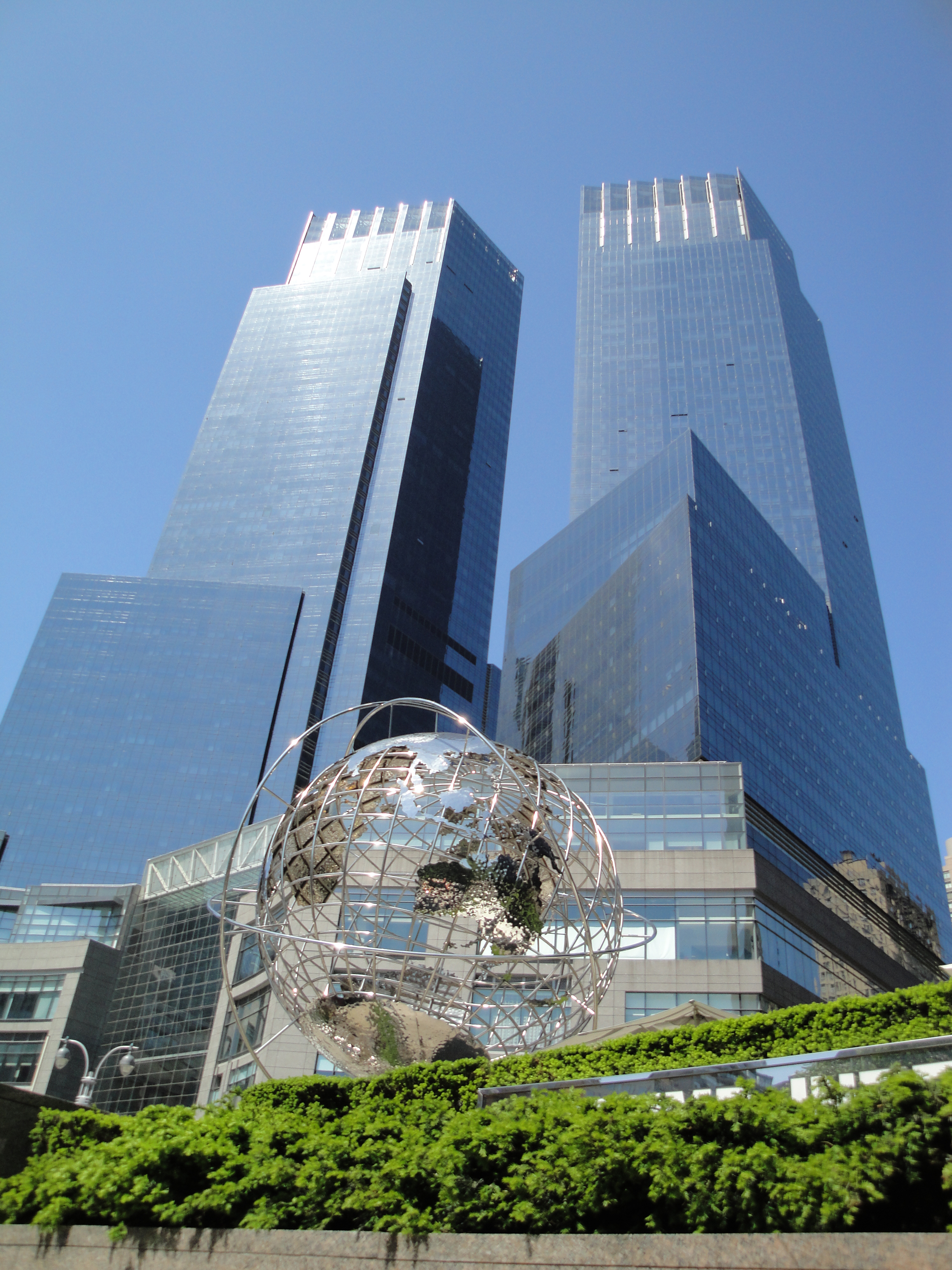 Time Warner Cable (TWC), also simply known as Time Warner, was an American cable television company. Before it was acquired by Charter Communications on May 18, 2016, it was ranked the second largest cable company in the United States by revenue behind only Comcast, operating in 29 states. Its corporate headquarters were located in the Time Warner Center in Midtown Manhattan, New York City, with other corporate offices in Stamford, Connecticut; Charlotte, North Carolina; and Herndon, Virginia. It was controlled by Warner Communications, then by Time Warner. That company spun off the cable operations in March 2009 as part of a larger restructuring. From 2009 to 2016, Time Warner Cable was an entirely independent company, continuing to use the Time Warner name under license from its former parent company (including the "Road Runner" name for its Internet service, now Spectrum Internet). In 2014, the company was the subject of a proposed purchase by Comcast Corporation, valued at $45.2 billion; however, following opposition to the deal by various groups, along with plans by the U.S. government to try to block the merger, Comcast called off the deal in April 2015. On May 26, 2015, Charter Communications announced that it would acquire Time Warner Cable for $78.7 billion, along with Bright House Networks in a separate $10.1 billion deal, pending regulatory approval. The purchase was completed on May 18, 2016; Charter had continued to do business as Time Warner Cable in its former markets, but has now re-branded these operations under the Spectrum brand in most markets (a brand of Charter which launched in 2014), though it will continue to use the roadrunner.com email addresses and adelphia.net email addresses to new customers.

It was first reported in October 2013 that Time Warner Cable was exploring a sale of the company, possibly to Charter Communications. However, on November 22, 2013, reports surfaced that Comcast expressed interest in acquiring Time Warner Cable. Both companies were said to be placing bids for the company. Charter reiterated its interest in purchasing Time Warner Cable and increased its bid on January 14, 2014. On February 12, 2014, it was reported that Comcast had reached a deal to acquire TWC in an overall deal valued at $45.2 billion, pending regulatory approval. The proposed merger was met with prominent opposition from various groups, showing concerns that the sheer size of the combined company would reduce competition and would give Comcast an unprecedented level of control over the United States' internet and television industries, increased leverage in the distribution of NBCUniversal content, hamper over-the-top services, and lead to higher prices for its services. In April 2015, it was reported that the U.S. Department of Justice was preparing to file an antitrust lawsuit against the companies in a bid to halt the merger, primarily because the merged company would have controlled 57 percent of the nation's broadband capacity. On April 24, 2015, Comcast officially announced that it had called off the merger. On May 25, 2015, ''Bloomberg News'' reported that Charter was "near" a deal to acquire TWC for $195 a share. Charter had been involved in the Comcast/TWC merger, as the companies planned to divest around 4 million subscribers to Charter in order to reduce the combined company's market share to an acceptable level. The next day, Charter officially announced its intent to acquire Time Warner Cable in a deal valued at $78.7 billion, and confirmed that it would also continue with its proposed, $10.1 billion acquisition of Bright House Networks. The deal was subject to regulatory approval, although due to the relatively smaller size of the companies and their media holdings, the deal was expected to face less resistance than the Comcast/TWC merger. The acquisition was completed on May 18, 2016. In 2017, Charter stopped using the TWC and BHN branding and fully integrate the two services' subscribers into the Spectrum brand, which was originally debuted in 2014 to market Charter's services.

As of 2013, Time Warner Cable's business division had the second largest business-facing enterprise by revenue (of cable providers who offer business services), with $1.7 billion in revenue as of the third quarter of 2013. Total revenue for 2012 was $1.9 billion.

Prior to Time Warner Cable merging with Charter Communications, they offered a total of 5 tiers of internet speeds, which are listed below: * ELP (Everyday Low Price, $14.99) - Up to 2MB/s (would have to request to get, not actively offered/advertised) * Standard - Up to 10MB/s * Turbo - Up to 20MB/s * Extreme - Up to 30MB/s * Ultra - Up to 50MB/s Prior Time Warner Cable internet charges/fees: Time Warner Cable charged a modem lease fee what was $10/month and offered free WiFi with their service if requested in lieu of what Spectrum does today, what is giving the modem for free and charging $5/month for WiFi service. For Time Warner Cable, customers could purchase their own modem to alleviate that charge, along with today, Spectrum allows their customers to purchase their own router to alleviate the WiFi charge.

Spectrum Center, formerly Time Warner Cable Arena, is located in Charlotte, North Carolina, the home of the NBA's Charlotte Hornets. In April 2008, the then-Bobcats reached a naming rights deal with Time Warner Cable, the Charlotte area's major cable television provider; the arena was named for the cable provider in exchange for the release of the team's television rights, which had been on the TWC co-owned Carolinas Sports Entertainment Television for its first season, which failed to find much cable coverage in the Charlotte market outside of Time Warner Cable systems and went dark after a year, and then News 14 Carolina which was limited to only the North Carolina side of the market, until the arena naming rights deal was made. The team moved to the new Fox Sports South sub-feed Fox Sports Carolinas and SportSouth (now Fox Sports Southeast) with the 2008-09 season, allowing coverage through both the Carolinas. Shortly after being acquired by Charter, the arena was renamed to Spectrum Center.

On March 9, 2007, Time Warner Cable, which provides service to the northeastern Wisconsin area, signed a 10-year naming rights deal. The field is home of the Wisconsin Timber Rattlers, a local minor league baseball team of the Midwest League and affiliate of the Milwaukee Brewers, based in Grand Chute, a suburb of Appleton. The team and Time Warner Cable mutually agreed to end the rights deal after the 2013 season, and the venue is now known as Neuroscience Group Field at Fox Cities Stadium, named for a local neurology practice.

On October 7, 2013, Time Warner Cable announced that it has agreed to acquire DukeNet Communications LLC for $600 million. DukeNet provides data and high-capacity bandwidth services to wireless carrier, data center, government, and enterprise customers in the Southeast.

Some of the regional cable system clusters operated by Time Warner Cable are owned by the Time Warner Entertainment – Advance/Newhouse Partnership (TWEAN). In 2002, Advance/Newhouse Communications, unhappy with some of the operating policies of Time Warner Cable in the AOL Time Warner era, forced a restructuring of the TWEAN partnership such that Advance/Newhouse would actively manage and operate a portion of the jointly owned cable systems equal to their percentage of equity. Under this arrangement, Advance/Newhouse enjoys the proceeds of their actively managed systems rather than simply a percentage of the partnership's total earnings. The majority of the affected systems were in the Indianapolis, Tampa and Orlando markets under the Bright House Networks brand. The value of this deal is that it allows Advance/Newhouse to more directly control their cable investments without having to completely unravel the TWEAN partnership, which does bring some benefits via Time Warner Cable's development and purchasing clout. The transactions proposed by Charter were approved, TWC and Bright House Networks have been absorbed into Charter.

In late 2005, TWC and several other cable companies formed a venture with Sprint Nextel. This joint venture enables TWC customers to receive a full suite of products, linking in-home and out-of-home entertainment, information, and communications services. All of this was included in the new "Triple Play on the Go", similar to the Triple Play but an addition of new services through Sprint Nextel.

In Beaumont, Texas, during 2008, Time Warner Cable began testing tier-based metered data plans that effectively placed customers into a pricing hierarchy based on the amount of data that they used. In 2009, Time Warner Cable announced that additional cities including Rochester, New York will become additional test sites. In particular in Rochester groups have formed to stop TWC. Several groups including Stop TWC and Stop The Cap are currently working to oppose these efforts. On April 7, 2009, then US Congressman Eric Massa called on TWC to eliminate its broadband Internet cap.

On March 16, 2010, Time Warner Cable's transmission of their Kids on Demand and Kids Pre-School on Demand channels on systems in eastern North Carolina was interrupted by programming from the adult pay television channel Playboy TV for approximately two hours between 6:15 a.m. and 8:15 a.m./EDT, in which a group of nude women talked and posed in a sexually suggestive manner. This accidental display affected Time Warner Cable's digital cable subscribers in four towns in the system's eastern North Carolina cluster, while other areas displayed a black screen. A Time Warner Cable spokesperson said in a statement to Raleigh CBS affiliate WRAL, "It was a technical malfunction that caused the wrong previews to be shown on our kids' on-demand channels. Unfortunately, it hit at the worst possible time on the worst possible channels." A Time Warner Cable executive said normal monitoring procedures did not take effect because the glitch affected only a few areas.

The American Customer Satisfaction Index (ACSI) ranked Time Warner Cable as one of the least liked companies in terms of customer satisfaction in 2011, 2012, 2013, and 2014.