The Television Critics Association (TCA) is a group of approximately 200
United States The United States of America (USA), commonly known as the United States (U.S. or US), or America, is a country Contiguous United States, primarily located in North America. It consists of 50 U.S. state, states, a Washington, D.C., federal di ...
and
Canadian Canadians (french: Canadiens) are people identified with the country of Canada. This connection may be residential, legal, historical or cultural. For most Canadians, many (or all) of these connections exist and are collectively the source of ...

television Television (TV), sometimes shortened to tele or telly, is a telecommunication medium used for transmitting moving images in monochrome (black and white), or in color, and in two or three dimensions and sound. The term can refer to a te ...

s,
magazine A magazine is a periodical literature, periodical publication which is printing, printed in Coated paper, gloss-coated and Paint sheen, matte paper. Magazines are generally published on a regular schedule and contain a variety of content (media) ... 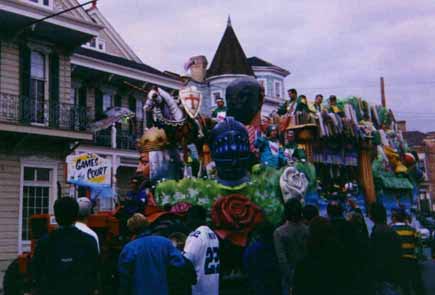 s and web publications. The TCA accepts applications and selects members twice per year in March and September. Once selected, all members meet at The Langham Huntington Hotel and Spa in
Pasadena, California Pasadena () is a city in Los Angeles County, California, United States The United States of America (USA), commonly known as the United States (U.S. or US), or America, is a country Contiguous United States, primarily located in North Am ...
in January for the winter press tour, and at the Beverly Hilton in
Beverly Hills Beverly Hills is a city in Los Angeles County, California. Located within and surrounded by the cities of Los Angeles and West Hollywood, California, West Hollywood, it had a population of 34,109 at the 2010 United States Census, 2010 census and ...
in July for the summer press tour. Winter press tour usually covers network midseason replacements, programs from streaming services and cable series which start in January, while the summer tour covers the new fall season for broadcast, streaming, and cable programming.

The tour allows the major
television network A television network or broadcaster is a telecommunications network for distribution of television program content, where a central operation provides programming to many television stations or pay television providers. Until the mid-1980s, te ...
s, cable networks, online streaming services and PBS to present their slate of upcoming programs to a large group of press writers from different outlets all at once through panels and interviews, along with 'state of the network' speeches and presentations; for instance, FX executive John Landgraf uses his network's winter session to present data and analytical information from his network's research department, including the number of series carried across all American networks and streaming services in a year to compare with List of programs broadcast by FX, FX's slate of original programming. This is also the only time the general television media has rare access ''en masse'' to network executives. These biannual conferences involve registered TCA members staying at a chosen Los Angeles venue for two to three weeks, and each network is assigned a series of days to showcase their programming. In the past, these interviews with program casts and creative staff (usually the show's primary showrunner, producers, and writers) were mainly used to compile stories over a six-month period which could be posted over that period as columns, wikt:Q and A, Q&A responses to reader mail questions timed to a program/film/special's release, or within their weekly television listings supplements, mainly in newspapers or magazines for critics and columnists outside of large metropolitan areas. However, with the rise of the Internet and social media, these sessions now function to build buzz for programming within an immediate period, and only a few columnists for smaller publications and listing supplements maintain the former format of story release. The January 2008 tour was canceled in December 2007 because of the 2007-08 Writers Guild of America strike and the uncertainty of its settlement. At the start of May 2020, the organization cancelled their summer 2020 tour and delayed the TCA Awards to a time to be determined in the wake of the Impact of the 2019–20 coronavirus pandemic on television, coronavirus pandemic making any large gathering over two weeks impossible, along with the uncertainty over the 2020–21 United States network television schedule, 2020-21 television season, including the conversion of network Upfront (advertising), upfront presentations to videotelephony platforms and the ability to produce programming.

The organization sponsors the TCA Awards, honoring television excellence in 11 categories, which are presented at the end of the summer press tour. The Awards began in 1985 at the Century Plaza Hotel in Los Angeles, California. The 2017 Awards were hosted by Kristin Chenoweth. The awards given in 2017 included; Program of the Year, Best New Program, Best Drama Series, Individual Achievement in Drama, Best Comedy Series,Individual Achievement in Comedy, Best Reality Programming, Best Youth Programming, & Best News and Information. In addition to these awards, each year the TCA grants the Heritage Award, given to a long-standing program that has culturally influenced society. In 2018, the 34th TCA Awards were hosted by Robin Thede.