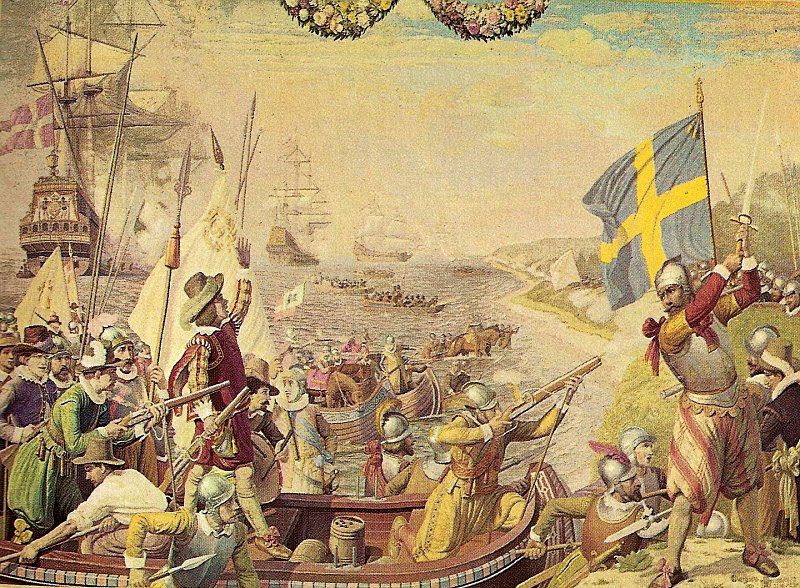 Svea Life Guards dates back to the year 1521, when the men of Dalarna chose 16 young able men as Royal guard, body guards for the insurgent nobleman Gustav Vasa in the Swedish War of Liberation against the Monarchy of Denmark, Danish-dominated Union of Kalmar, thus making the present-day Life Guards (Sweden), Life Guards List of oldest military units and formations in continuous operation, one of the world's oldest regiments still on active duty. In 1901, Sweden introduced conscription. The conscription system was abolished in 2010, but reinstated in 2017.

The peace-time organisation of the Swedish Army is divided into a number of regiments for the different branches. The number of active regiments has been reduced since the end of the Cold War. The regiment forms training organizations that train the various battalions of the army and home guard. The Swedish Armed Forces recently underwent a transformation from conscription-based recruitment to a professional defence organisation. This is part of a larger goal to abandon the mass army from the Cold War and develop an army better suited to modern maneuver warfare and at the same time retain a higher readiness. Since 2014, the Swedish army has had around 50,000 soldiers in either full-time or part-time duty, with eight mechanized infantry battalions instantly available at any time and the full force of 71 battalions ready to be deployed within one week. The regular army consists of 8 mechanised maneuver battalions, 19 support battalions of different kinds including artillery battalions, anti-aircraft battalions, combat engineer battalions, Light infantry#Contemporary light infantry forces, rangers, logistics battalions and 4 reserve heavy armoured battalions and 40 territorial defence battalions. The battalion is the core unit but all units are completely modular and can be arranged in combat teams from company (military unit), company to brigade level with different units depending on the task. There are a total of 6 permanent staffs under the central command capable of handling large battlegroups, 4 regional staffs and 2 brigade staffs.

The Territorial Defence Forces/Home Guard (Hemvärnet) consists of 40 battalions with a total of 22,000 men. Many of the soldiers have served abroad in the various missions of the regular army. 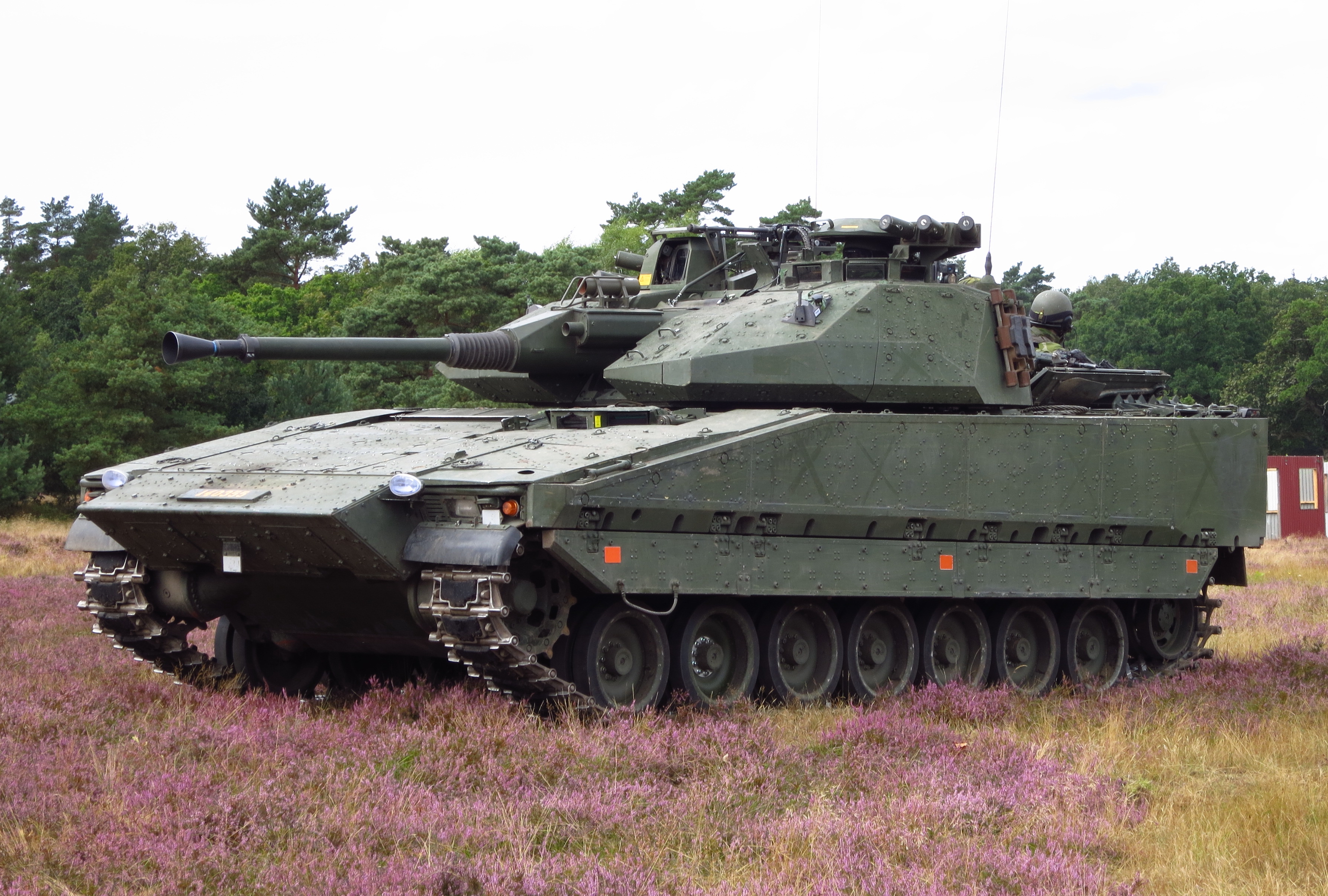 The army on active service during most of the 20th century only consisted of conscript receiving their basic training (at the most one year for privates), and conscripts called up for refreshers (at the most one month for privates) with intervals of at least 4–6 years. During WWII smaller or larger parts of the wartime establishment were also called up for periodical stand-by duty (up to 6 months). The figures for total strength below refer to the total force which could be mobilised. Between the introduction of universal conscription in 1902 until the start of World War II, the army was usually maintained at a consistent strength of 100,000 men, with two-thirds of the force being conscripts for two years. From 1942 onwards, the Swedish government embarked upon a massive and ambitious militarisation program in which conscription was strictly enforced and compulsory service was extended. The basic training for privates was set at 12 months, for future conscript sergeants intended to become platoon leaders (mainly sixth form graduates) 18 months, and for future conscript officers 24 months. These periods were gradually reduced, and the ranks were raised, until it was the same period for all conscripts shortly before national service was suspended in 2009. This combined with propaganda about conscription being a part of social duty and defending the Swedish principle of Folkhemmet, led to an army a size of about 700,000 active duty soldiers that could be mobilised in late 1945. Since the late winter of 1945 the size of the army was slowly decreased as entire reserve battalions and brigades were gradually demobilised, and by late 1947 the size of the army was around 170,000 soldiers who could be mobilised and was planned to stabilise at such a quantity of personnel. However, due to the rise in tensions between the East and West over the political landscape of Europe, the threat from the Soviet Union in 1949 and 1950, coinciding with the start of the Cold War, led to a return to the militaristic policy by the Swedish government. From 1950 until around 1976 the size of the army was at an average of 250,000 soldiers with a peak of 400,000 mobilisable soldiers during the late 1950s and early 1960s. The rules were badly enforced, but dodging the draft was punishable with imprisonment. During the 1980s the size of the army was around 180,000 soldiers and was slowly increased as time progressed until around 1988. The end of the Cold War led to a massive restructuring of the Swedish Army. Every year after 1988, the Army discharged around 40,000 conscripts and recruited only 20,000, so that by 1995 the size was down to 80,000 soldiers. Around this time the compulsory service obligation was further reduced to 10 months, reserve service became more flexible, and changes made in enforcement so that forceful enforcement became withdrawn as policy. By 2004 the size of the Swedish Army was down to 60,000 soldiers, and in 2013, three years after the end of conscription, the size was at an all-time low of just 16,000 soldiers, though the army plans to reach a level of 50,000 professional soldiers by 2020, mostly through a large media campaigns.

From the 17th century until 2010, the Swedish Army recruitment was based upon Prussian-style conscription. All personnel were drafted as conscripts for a year of national service, after which the unit the soldier trained with was put in reserve. Upon completion of conscript service with sufficient service marks, conscripts are eligible to apply for commissioned officer training, Non-commissioned officer, NCO/Warrant Officer or from 2007 stay in the Army as a professional Private (rank), private, mainly to be employed in the Nordic Battle Group. The army has employed soldiers for United Nations peacekeeping, UN service on short time contracts since the 1950s for service abroad. From July 2010 until March 2017, the Swedish Army was an all-professional fighting force. On the 3 March the Government of Sweden, Government reinstated national service. In 2017, around 13,000 men and women are to sign up for the draft, and of them 4,000 will be selected for national service starting January 2018. The government stated that the number of conscripts may increase in response to foreign events.