Stephen Arnold Douglas (April 23, 1813 – June 3, 1861) was an American politician and lawyer from Illinois. He was one of two Democratic Party nominees for president in the 1860 presidential election, which was won by Republican Abraham Lincoln. Douglas had previously defeated Lincoln in the 1858 United States Senate election in Illinois, known for the Lincoln–Douglas debates. During the 1850s, Douglas was one of the foremost advocates of popular sovereignty, which held that each territory should be allowed to determine whether to permit slavery within its borders. Douglas was nicknamed the "Little Giant" because he was short in physical stature but a forceful and dominant figure in politics. Born in Brandon, Vermont, Douglas migrated to Jacksonville, Illinois, in 1833 to establish a legal practice. He experienced early success in politics as a member of the Democratic Party, serving in the Illinois House of Representatives and various other positions. He resigned from the Supreme Court of Illinois upon being elected to the United States House of Representatives in 1843. Douglas became an ally of President James K. Polk, and favored the annexation of Texas and the Mexican–American War. He was one of four Northern Democrats in the House to vote against the Wilmot Proviso, which would have banned slavery in any territory acquired from Mexico. The Illinois legislature elected Douglas to the United States Senate in 1847, and Douglas emerged as a national party leader during the 1850s. Along with Henry Clay, he led the passage of the Compromise of 1850, which settled some of the territorial issues arising from the Mexican–American War. Douglas was a candidate for president at the 1852 Democratic National Convention, but lost the nomination to Franklin Pierce. Seeking to open the west for expansion, Douglas introduced the Kansas–Nebraska Act in 1854. Though Douglas had hoped the Kansas–Nebraska Act would ease sectional tensions, it elicited a strong reaction in the North and helped fuel the rise of the anti-slavery Republican Party. Douglas once again sought the presidency in 1856, but the 1856 Democratic National Convention instead nominated James Buchanan, who went on to win the election. Buchanan and Douglas split over the admission of Kansas as a slave state, as Douglas accused the pro-slavery Kansas legislature of having conducted an unfair election. During the Lincoln–Douglas debates, Douglas articulated the Freeport Doctrine, which held that territories could effectively exclude slavery despite the Supreme Court's ruling in the 1857 case of ''Dred Scott v. Sandford''. Disagreements over slavery led to the bolt of Southern delegates at the 1860 Democratic National Convention. The rump convention of Northern delegates nominated Douglas for president, while Southern Democrats threw their support behind John C. Breckinridge. In the 1860 election, Lincoln and Douglas were the main candidates in the North, while most Southerners supported either Breckinridge or John Bell of the Constitutional Union Party. Campaigning throughout the country during the election, Douglas warned of the dangers of secession and urged his audiences to stay loyal to the United States. Ultimately, Lincoln's strong support in the North led to his victory in the election. After the Battle of Fort Sumter, Douglas rallied support for the Union, but he died in June 1861.

He was born Stephen Arnold Douglass in Brandon, Vermont, on April 23, 1813, to physician Stephen Arnold Douglass and his wife, Sarah Fisk. The younger Douglas would drop the second "s" from his name in 1846, the year after the publication of Frederick Douglass's first autobiography; it is unknown if these two events were connected. Douglas's paternal ancestors had migrated to New England in the 17th century, and his paternal grandfather, Benajah Douglass, served several terms in the Vermont House of Representatives. Douglas's father died when Douglas was just two months old, and Douglas and his mother moved in with his maternal uncle, Edward Fisk. After two abortive apprenticeships as a cabinetmaker, Douglas entered Canandaigua Academy in Ontario County, New York. At Canandaigua Academy, Douglas frequently gave speeches supporting Andrew Jackson and Jackson's Democratic Party. A prominent local attorney, Levi Hubbell, allowed Douglas to study under him and while a student in Hubbell's office, Douglas became friendly with Henry B. Payne, who was studying law at the nearby office of John C. Spencer. Admission to the New York state bar association required seven years of classical education coupled with legal study. Unable to meet those requirements, Douglas decided to move west to establish a legal career. After stops in Ohio, Kentucky, and Missouri, he settled in Jacksonville, Illinois in November 1833. Payne moved to Cleveland while Douglas briefly resided there, and upon arriving he discovered that Douglas was ill, so Payne nursed Douglas back to health before beginning to establish his own law practice. Douglas was admitted to the state bar in Illinois in March 1834. To his family, Douglas wrote, "I have become a Western man, have imbibed Western feelings, principles, and interests and have selected Illinois as the favorite place of my adoption." 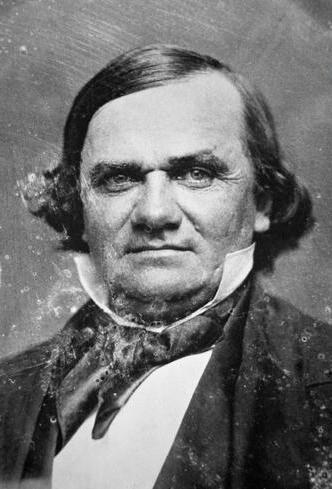 Douglas became aligned with the "whole hog" Democrats, who strongly supported President Jackson. In 1834, with the support of the Democratic state legislator who represented Jacksonville, Douglas was elected as the State's Attorney for the First District, which encompassed eight counties in western Illinois. Douglas quickly became uninterested in practicing law, choosing instead to focus on politics. He helped arrange the first-ever state Democratic convention in late 1835, and the convention pledged to support Jackson's chosen successor, Martin Van Buren, in the 1836 presidential election. In 1836, he won election to the Illinois House of Representatives, defeating Whig Party candidate John J. Hardin. Douglas joined a legislature that included five future senators, seven future congressmen, and one future president: Abraham Lincoln, who was at that time a member of the Whig Party. While continuing to serve in the state legislature and as a state's attorney, Douglas was appointed by President Van Buren as the registrar of the Springfield Land Office. Douglas sought election to the United States House of Representatives in 1838, but lost by a 36-vote margin to Whig candidate John T. Stuart. During the presidential election of 1840, Douglas campaigned throughout the state for President Van Buren, and he frequently debated with Lincoln and other Whigs. Though Van Buren lost his re-election bid to Whig candidate William Henry Harrison, Illinois was one of seven states to vote for Van Buren. After the election, Governor Thomas Carlin appointed Douglas as the Illinois Secretary of State, making Douglas the youngest individual to hold the post. During his brief tenure as secretary of state, Douglas helped arrange a state charter for the Mormon settlement of Nauvoo. In early 1841, Douglas accepted election to the Illinois Supreme Court. In 1843, Douglas resigned from the court after winning election to the United States House of Representatives. During one evening in the early 1840s, Douglas dined with Joseph Smith, the Prophet and President of The Church of Jesus Christ of Latter-day Saints. At Douglas's request, President Smith recounted a history of the Missouri persecutions, to which Douglas expressed sympathy. Joseph Smith then pronounced the following prophecy on the head of Stephen A. Douglas:

Judge, you will aspire to the presidency of the United States; and if ever you turn your hand against me or the Latter-day Saints, you will feel the weight of the hand of Almighty upon you; and you will live to see and know that I have testified the truth to you; for the conversation of this day will stick to you through life.

After decisively winning re-election in August 1844, Douglas campaigned for Democratic presidential candidate James K. Polk. During one of his first campaign appearances outside of Illinois, Douglas denounced high tariff rates, saying that they constituted "an act for the oppression and plunder of the American laborer for the benefit of a few large capitalists." Ultimately, Polk defeated Whig nominee Henry Clay in the 1844 presidential election. Douglas strongly supported the annexation of Texas, and in May 1846 he voted to declare war on Mexico after U.S. and Mexican forces clashed near the Rio Grande River. Douglas considered volunteering to serve in the war, but President Polk convinced him to remain in Congress, where he would serve as an advocate for Polk's policies. He was one of four Northern Democrats to vote against the Wilmot Proviso, which would have banned slavery from any land ceded by Mexico. Douglas instead favored extending the Missouri Compromise, which had banned slavery north of the parallel 36°30′ north in the Louisiana Purchase, to all U.S. territories, but his proposal was defeated by Northern congressmen. 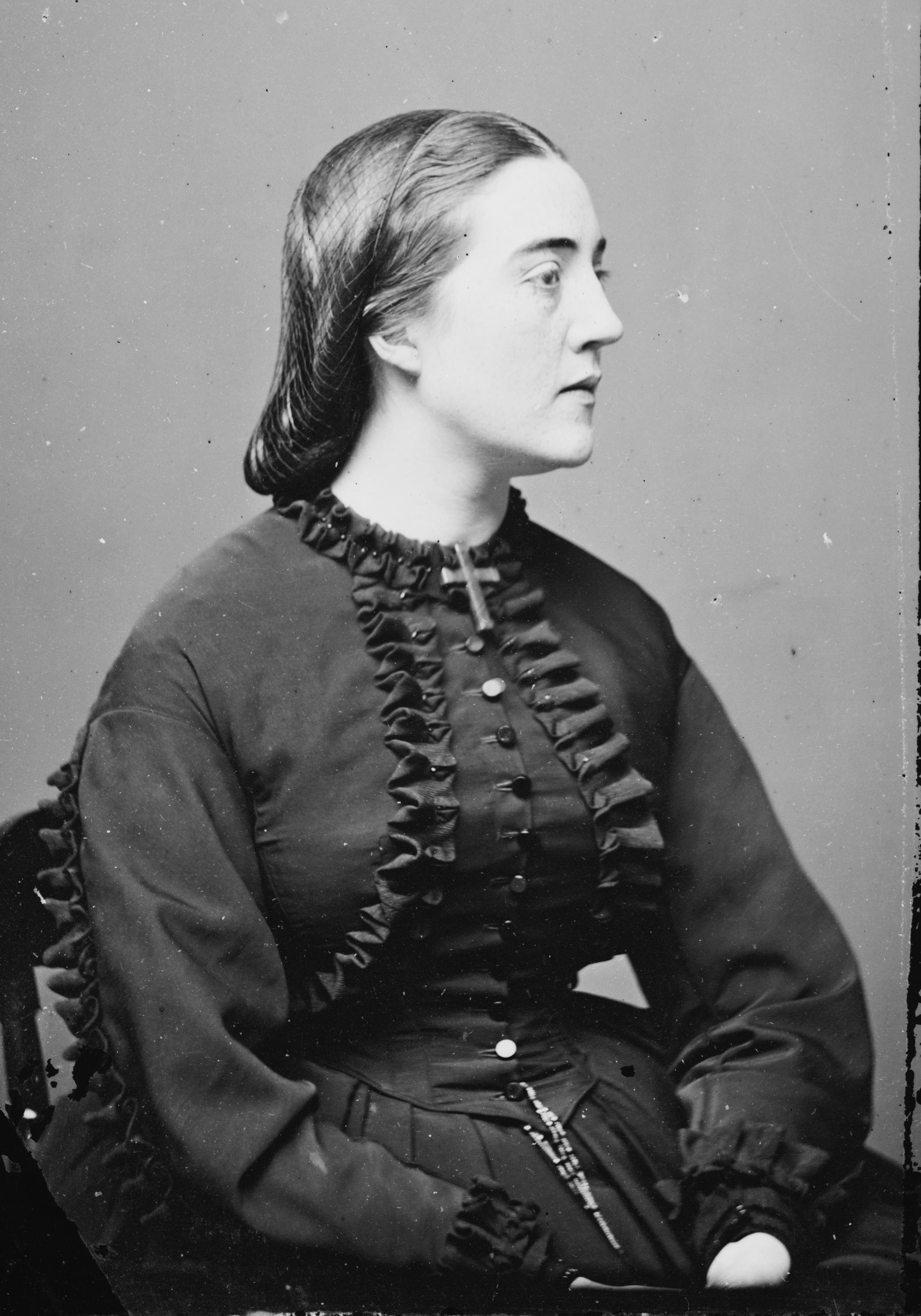 In March 1847, he married Martha Martin, the 21-year-old daughter of wealthy Colonel Robert Martin of North Carolina. The year after their marriage, Martha's father died and bequeathed her a 2,500-acre cotton plantation with 100 slaves on the Pearl River in Lawrence County, Mississippi. He appointed Douglas the property manager but, as a senator of the free state of Illinois, and with presidential aspirations, Douglas found the Southern plantation presented difficulties. He created distance by hiring a manager to operate the plantation while using his allocated 20 percent of the income to advance his political career.