just outside the community of Spanish. The river is located almost entirely within the Sudbury District, except for brief passages into the city of Greater Sudbury near the communities of High Falls and Turbine and the river mouth in Algoma District. Tributaries include Pogamasing Creek, Mogo Creek, Agnes River (Spanish River), Agnes River, the Aux Sables River (Spanish River), Aux Sables River, the Vermilion River (Sudbury District), Vermilion River and the Wakonassin River (Ontario), Wakonassin River. The river's name and the name of the nearby towns of Espanola, Ontario, Espanola and Spanish are said to be due to French explorers and Jesuit priests encountering Ojibwe peoples speaking Spanish in the area, apparently as a result of a Spanish woman having been taken captive during an expedition far to the south. The Lower Spanish River Forest houses the world's oldest red pine and Eastern White Pine, white pine forests, and much of that is under provincial protection in the form of provincial parks and reclamation acts. 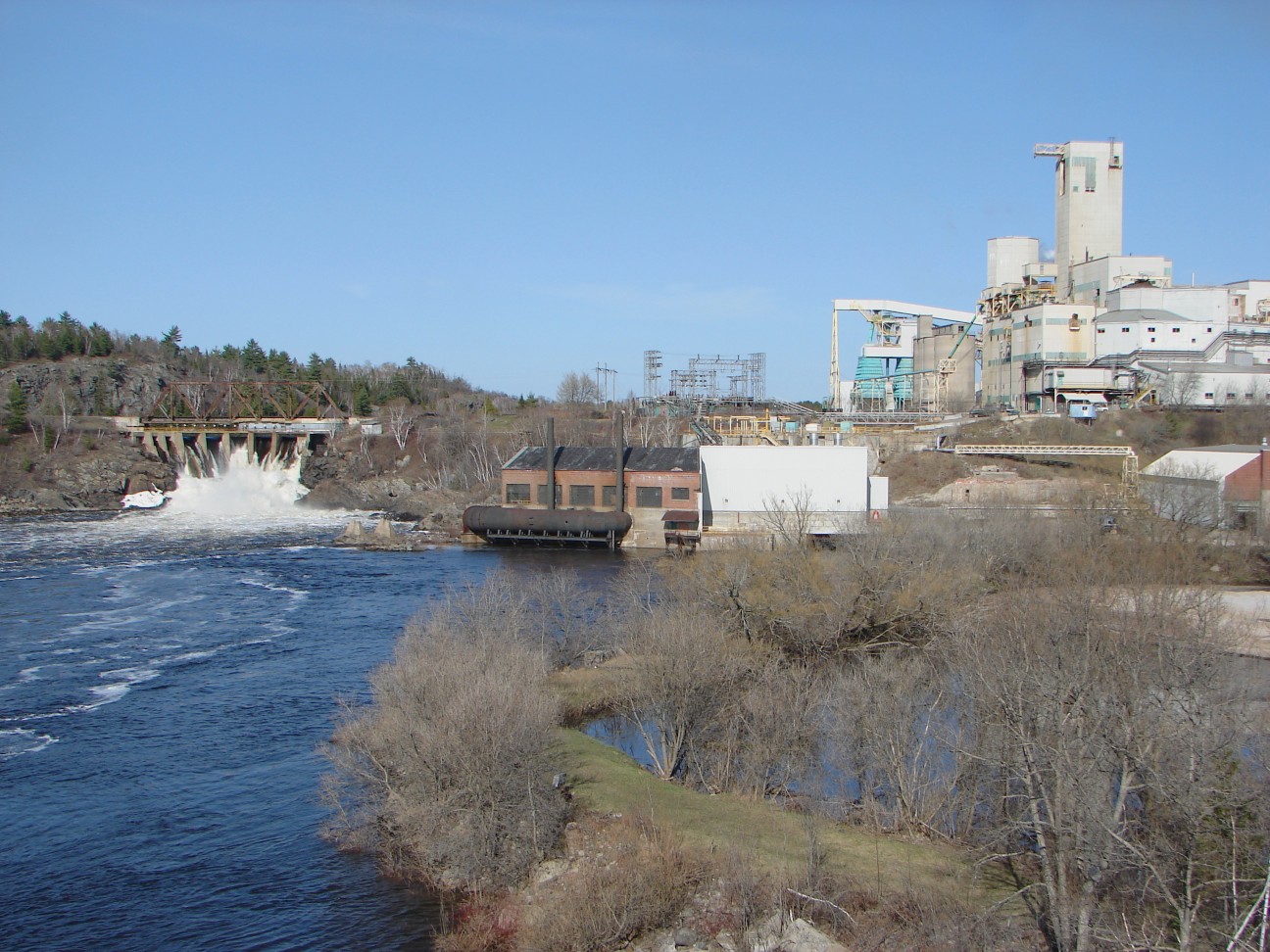 This river has been used as a transportation corridor for thousands of years, initially by First Nations and later in the 19th century by fur traders. During the late 19th and mid 20th centuries, the river was used to transport timber from logging camps in the upper Sudbury District to Georgian Bay, where they were towed by tugs to sawmills on the Great Lakes. Until the mid-1960s, pulp wood, mainly jack pine, was driven down the river to the paper mill in Espanola. A diesel tug towed large rafts of logs the length of Agnew Lake to big Eddy dam where they were sluiced down a flume by crews with hand held pike poles. Secondary flumes took them past the High Falls and Nairn Falls Dam and Generating Plant, Nairn Falls power plants and on to Espanola. The sap and bark from the pulp logs was a major pollution source in the lower river. In 1910, the river was the scene of a Spanish River derailment, dramatic train derailment. It took place at the Canadian Pacific Railway bridge upstream from Espanola and downstream from the High Falls dam, about west of the town of Nairn. Today the river is mainly used for recreational canoeing and has been protected as a waterway Ontario Parks, provincial park. All park sites and portages are currently maintained by park staff. There are four hydroelectric dams on the river: one, known as Big Eddy, above High Falls forming Lake Agnew; High Falls dam about a kilometre below Big Eddy dam; Nairn Falls Dam and Generating Plant, Nairn Falls dam about 12 km below High Falls and the other at the Domtar mill in Espanola.