The South West Africa campaign was the conquest and occupation of
German South West Africa German South West Africa (german: Deutsch-Südwestafrika) was a colony of the German Empire The German Empire or the Imperial State of Germany,, officially '.Herbert Tuttle wrote in September 1881 that the term "Reich" does not literally conn ...
by forces from the
Union of South Africa The Union of South Africa ( nl, Unie van Zuid-Afrika; af, Unie van Suid-Afrika ) is the historical predecessor to the present-day Republic of South Africa. It came into being on 31 May 1910 with the unification of the Cape Colony The Cap ...
acting on behalf of the British imperial government at the beginning of the
First World War World War I or the First World War, often abbreviated as WWI or WW1, was a global war originating in Europe that lasted from 28 July 1914 to 11 November 1918. Contemporaneously known as the Great War or "The war to end war, the war ...
.

informed London that South Africa could defend itself and that the Imperial Garrison might depart for France; when the British government asked Botha whether his forces would invade German South West Africa, the reply was that they could and would. South African troops were mobilised along the border between the two countries under the command of General Henry Lukin and Lt Col Manie Maritz early in September 1914. Shortly afterwards another force occupied the port of Lüderitz.

There was considerable sympathy among the Boer population of South Africa for the German cause. Only twelve years had passed since the end of the Second Boer War, in which Germany had offered the two Boer republics unofficial support in their war with the British Empire. Lieutenant-Colonel Manie Maritz, heading commando forces on the border of German South West Africa, declared that Maritz and several other high-ranking officers rapidly gathered forces with a total of about 12,000 rebels in the South African Republic, Transvaal and Orange Free State, ready to fight for the cause in what became known as the Boer revolt (also sometimes referred to as the Maritz rebellion). The government declared martial law on 14 October 1914 and forces loyal to the government under the command of Generals
Louis Botha Louis Botha (; 27 September 1862 – 27 August 1919) was a South African politician who was the first Prime Minister of the Union of South Africa—the forerunner of the modern South African state. A Boer war hero during the Second Boer War ...

and Jan Smuts proceeded to destroy the rebellion. Maritz was defeated on 24 October and took refuge with the Germans; the rebellion was suppressed by early February 1915. The leading Boer rebels received terms of imprisonment of six and seven years and heavy fines; two years later they were released from prison, as Botha recognised the value of reconciliation.

A first attempt to invade German South West Africa from the south failed at the Battle of Sandfontein, close to the border with the Cape Colony, where on 26 September 1914 the German fusiliers inflicted a serious defeat on the British troops, although the survivors were left free to return to British territory. To disrupt South African plans to invade South West Africa, the Germans launched a pre-emptive invasion of their own. The Battle of Kakamas, between South African and German forces, took place over the fords at Kakamas, on 4 February 1915. It was a skirmish for control of two river fords over the Orange River between contingents of the German invasion force and South African armed forces. The South Africans succeeded in preventing the Germans gaining control of the fords and crossing the river.

By February 1915, with the home front secure, the South Africans were ready to begin the complete occupation of the German territory. Botha in his military capacity as a senior and experienced military commander took command of the invasion. He split his command in two with Smuts commanding the southern forces while he took direct command of the northern forces. Botha arrived at the coastal German colonial town of Swakopmund, on 11 February to take direct command on the northern contingent, and continued to build up his invasion force at Walfish Bay (or Walvis Bay)—a South African enclave about halfway along the coast of German South West Africa (see the map). By March he was ready to invade. Advancing from Swakopmund along the Swakop River, Swakop valley with its railway line, his forces took Otjimbingwe, Karibib, Friedrichsfelde, Wilhelmsthal and Okahandja and entered the capital Windhuk on 5 May 1915. 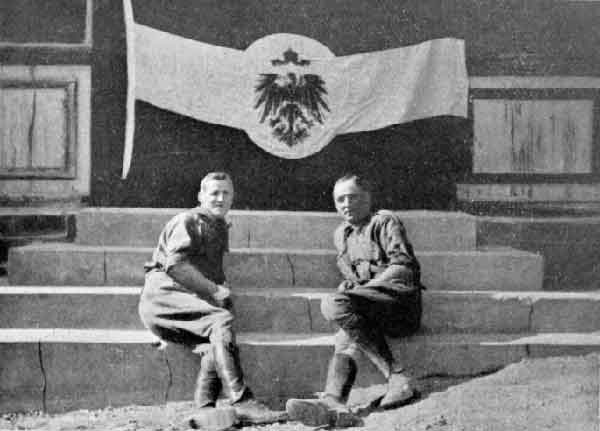 The Germans then offered terms under which they would surrender but they were rejected by Botha and the war continued. On 12 May Botha declared martial law and having cut the colony in half, divided his forces into four contingents under Coen Brits, Lukin, Manie Botha and Myburgh. Brits went north to Otjiwarongo, Outjo and Etosha Pan which cut off German forces in the interior from the coastal regions of Kunene Region, Kunene and Kaokoveld. The other three columns fanned out into the north-east. Lukin went along the railway line running from Swakopmund to Tsumeb. The other two columns advanced on Lukin's right flank, Myburgh to Otavi junction and Manie Botha to Tsumeb and the line's terminus. The men who commanded these columns, having gained their military experience fighting in Boer commandos, moved very rapidly. The German forces in the north-west made a Battle of Otavi, stand at Otavi on 1 July but were beaten and surrendered at Khorab, Namibia, Khorab on 9 July 1915. While events were unfolding in the north, Smuts landed with another South African force at the South West Africa colony's naval base at Luderitzbucht (now called Angra Pequena). Having secured the town Smuts advanced inland, capturing Keetmanshoop on 20 May. Here he met up with two other columns that had advanced over the border from South Africa, one from the coastal town of Port Nolloth and the other from Kimberley. Smuts advanced north along the railway line to Berseba and after two days fighting captured Gibeon, Namibia, Gibeon on 26 May. The Germans in the south were forced to retreat northwards towards their capital and into the waiting arms of Botha's forces. Within two weeks the German forces in the south, faced with certain destruction, surrendered. When the Germans provided lists of the names of approximately 2,200 troops under their command, Botha told the German delegation that he had been tricked, as he knew that the Germans had 15,000 men. Victor Franke, the German commander, replied, "If we had 15,000 men then you wouldn't be here and we wouldn't be in this position."

Combat between German and Portuguese forces 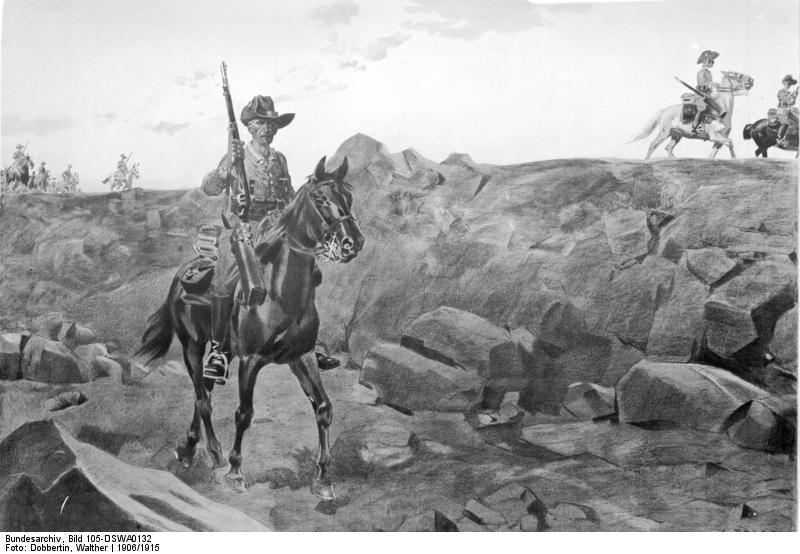 South African casualties were died of injury or illness and German casualties were field guns and 22 machine-guns captured. After defeating the German force in South West Africa, South Africa occupied the colony and then administered it as a League of Nations mandate territory from 1919. Although the South African government desired to incorporate South West Africa into its territory, it never officially did so, although it was administered as the de facto 'fifth province', with the white minority having representation in the whites-only Parliament of South Africa, as well as electing their own local administration the SWA Legislative Assembly. The South African government also appointed the SWA administrator, who had extensive powers. Following the League's supersession by the United Nations in 1946, South Africa refused to surrender its earlier mandate and the United Nations General Assembly, U.N. General Assembly revoked it. In 1971 the International Court of Justice issued an "advisory opinion" declaring South Africa's continued administration to be illegal.


A source for the quote from Manie Maritz.