The San Fernando Valley is about bound by the Santa Susana Mountains to the northwest, the Simi Hills to the west, the Santa Monica Mountains and Chalk Hills to the south, the Verdugo Mountains to the east, and the San Gabriel Mountains to the northeast. The northern Sierra Pelona Mountains, northwestern Topatopa Mountains, southern Santa Ana Mountains, and Downtown Los Angeles skyscrapers can be seen from higher neighborhoods, passes, and parks in the San Fernando Valley. The Los Angeles River begins at the confluence of Calabasas Creek (''Arroyo Calabasas'') and Bell Creek (''Escorpión Creek''), between Canoga Park High School and Owensmouth Avenue (just north of Vanowen Street) in Canoga Park. These creeks' headwaters are in the Santa Monica Calabasas foothills, the Simi Hills' Hidden Hills, Santa Susana Field Laboratory, and Santa Susana Pass Park lands. The river flows eastward along the southern regions of the Valley. One of the river's two unpaved sections can be found at the Sepulveda Basin. A seasonal river, the Tujunga Wash, drains much of the western facing San Gabriel Mountains and passes into and then through the Hansen Dam Recreation Center in Lake View Terrace. It flows south along the Verdugo Mountains through the eastern communities of the valley to join the Los Angeles River in Studio City. Other notable tributaries of the river include Dayton Creek, Caballero Creek, Bull Creek, Pacoima Wash, and Verdugo Wash. The elevation of the floor of the valley varies from about to above sea level. Most of the San Fernando Valley is within the jurisdiction of the City of Los Angeles, although a few other incorporated cities are located within the valley as well: Burbank is in the southeastern corner of the valley, and San Fernando, which is completely surrounded by Los Angeles, is in the northeastern valley. Universal City, an enclave in the southern part of the valley, is an unincorporated area housing the Universal Studios filming lot and theme park. Mulholland Drive, which runs along the ridgeline of the Santa Monica Mountains, marks the boundary between the valley and the communities of Hollywood and the Los Angeles Westside. The San Fernando Valley has connection to other regions: The Santa Clarita Valley via Newhall Pass, the Westside via Sepulveda Pass, Hollywood via Cahuenga Pass, Simi Valley via Santa Susana Pass, and the Crescenta Valley via Interstate 210.

The valley's natural habitat is a "temperate grasslands, savannas, and shrublands biome" of grassland, oak savanna, and chaparral shrub forest types of plant community habitats, along with lush riparian plants along the river, creeks, and springs. In this Mediterranean climate, post-1790s European agriculture for the mission's support consisted of grapes, figs, olives, and general garden crops.

The San Fernando Valley contains two incorporated cities, Burbank & San Fernando, and part of a third, Los Angeles, which governs a majority of the valley. The unincorporated communities (Census-designated places) are governed by the County of Los Angeles.

The San Fernando Valley, for the most part, tends to support Democrats in state and national elections. This is especially true in the southern areas, which include Sherman Oaks and the city of Burbank.

The valley was a center of "the crossroads of cultures and languages, including the Tongva, Fernandeño, and Chumash." The Tongva, later known as the Gabrieleño Mission Indians after colonization, the Tataviam to the north, and Chumash to the west, had lived and thrived in the valley and its arroyos for over 8,000 years. They had numerous settlements, and trading and hunting camps, before the Spanish arrived in 1769 to settle in the Valley. 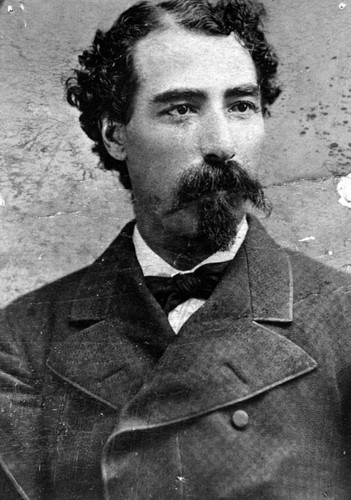 The first Spanish land grant in the San Fernando Valley (or ''El Valle de Santa Catalina de Bononia de los Encinos'') was called "Rancho Encino" (present-day Mission Hills on the ''Camino Viejo'' before Newhall Pass), in the northern part of the San Fernando Valley. Juan Francisco Reyes built an adobe dwelling beside a Tongva village or rancheria at natural springs, but the land was soon taken from him so that a mission could be built there. Mission San Fernando Rey de España was established in 1797 as the 17th of the 21 missions. The land trade granted Juan Francisco Reyes the similarly named Rancho Los Encinos, also beside springs (Los Encinos State Historic Park in present-day Encino). Later the Mexican land grants of Rancho El Escorpión (West Hills), Rancho Providencia and Rancho Cahuenga (Burbank), and Rancho Ex-Mission San Fernando (rest of valley) covered the San Fernando Valley. The Treaty of Cahuenga, ending the Mexican–American War fighting in Alta California, was signed in 1847 by Californios and Americans at Campo de Cahuenga, the Verdugo Family adobe at the entrance to the Cahuenga Pass in the southeast San Fernando Valley (North Hollywood). The 1848 Treaty of Guadalupe Hidalgo ended the entire war.

California statehood and beyond

The Valley officially became part of the State of California on September 9, 1850, when the California Statehood Act was approved by the federal government. In 1874, dry wheat farming was introduced by J. B. Lankershim and Isaac Van Nuys, which became very productive for their San Fernando Homestead Association that owned the southern half of the valley. In 1876 they sent the first wheat shipment from both San Pedro Harbor and from the United States to Europe. 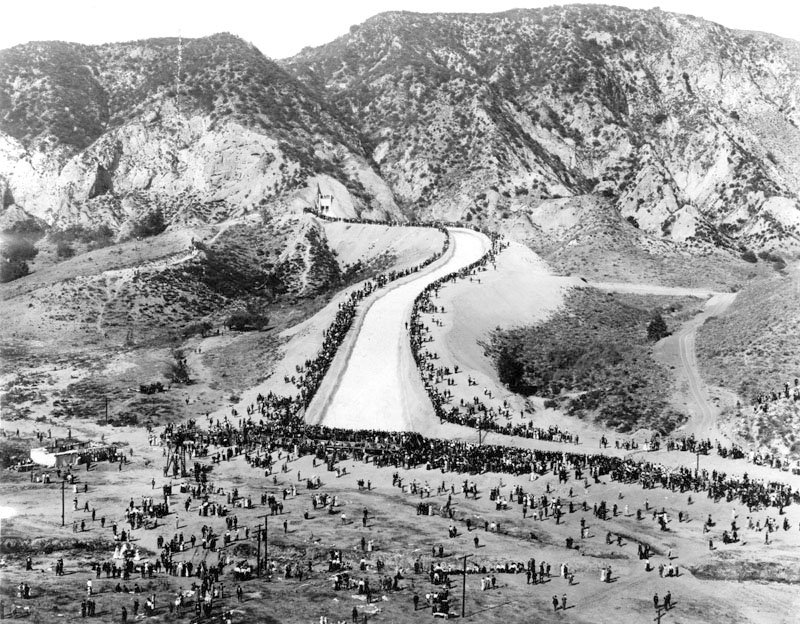 Through the late-19th-century court decision ''Los Angeles'' v. ''Pomeroy'', Los Angeles had won the rights to all surface flow water atop an aquifer beneath the valley, without it being within the city limits. San Fernando Valley farmers offered to buy the surplus aqueduct water, but the federal legislation that enabled the construction of the aqueduct prohibited Los Angeles from selling the water outside of the city limits. This induced several independent towns surrounding Los Angeles to vote on and approve annexation to the city so that they could connect to the municipal water system. These rural areas became part of Los Angeles in 1915. The aqueduct water shifted farming in the area from dry crops, such as wheat, to irrigated crops, such as corn, beans, squash, and cotton; orchards of apricots, persimmons, and walnuts; and major citrus groves of oranges and lemons.