Click Here for Items Related To - Russian conquest of Siberia 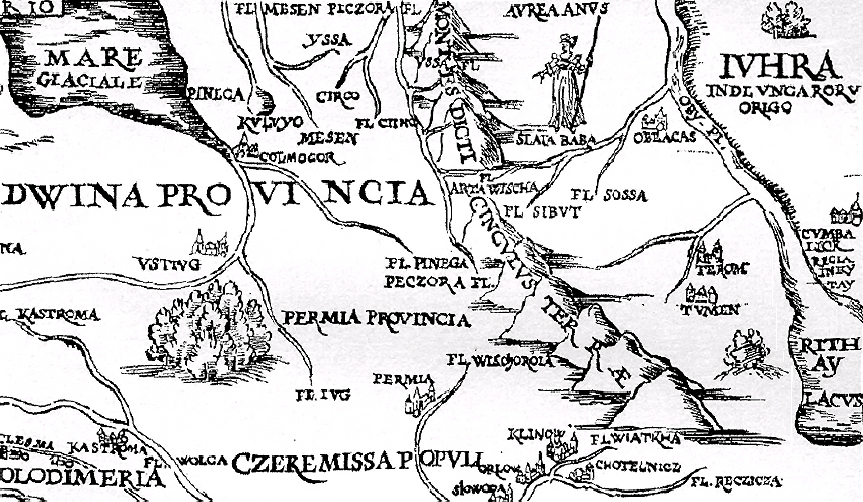 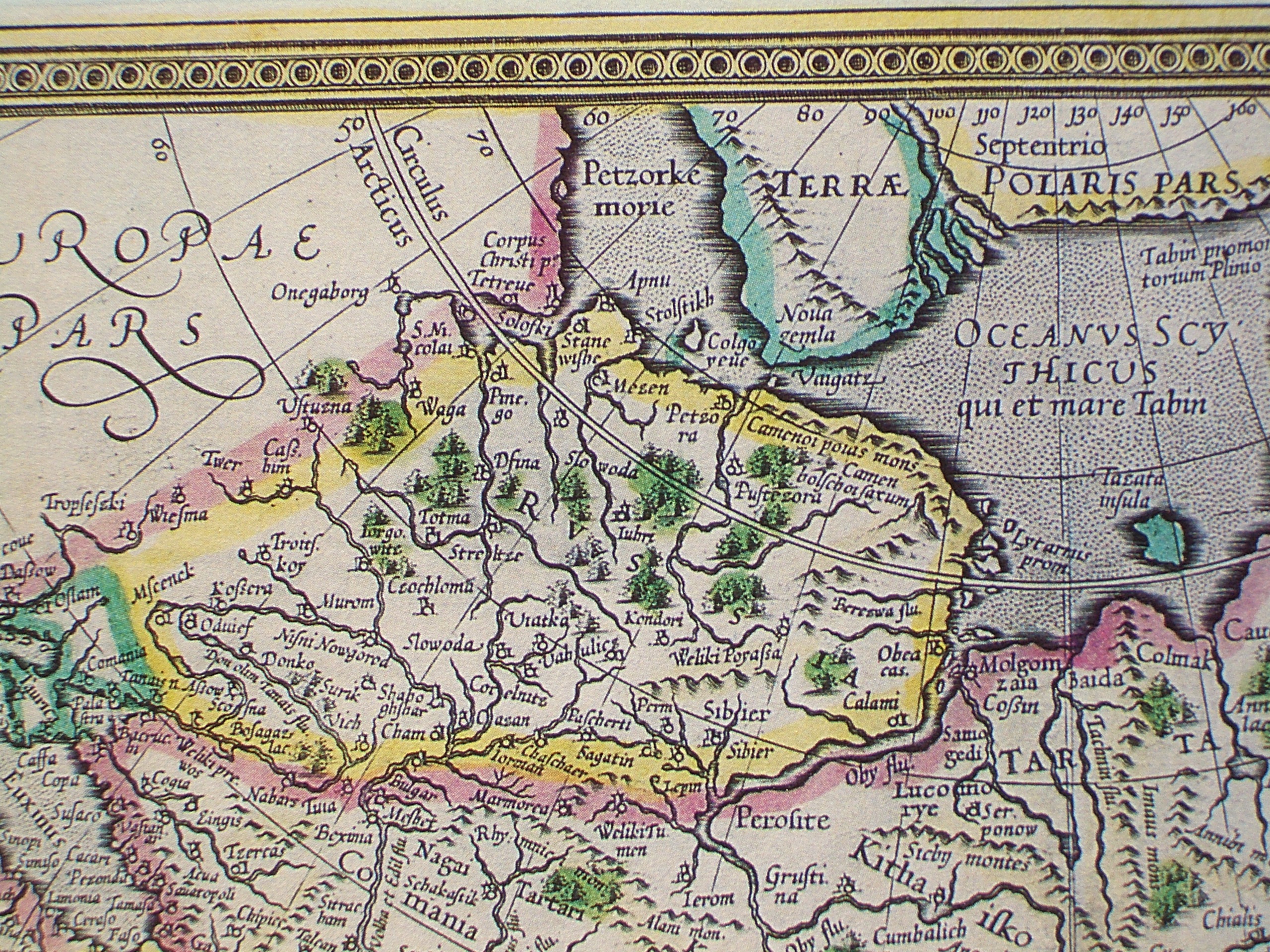 Conquest of the Khanate of Sibir

The Russian conquest of Siberia began in July 1580 when some 540 Cossacks under Yermak Timofeyevich invaded the territory of the Voguls, subjects to Küçüm, the Khan of Siberia. They were accompanied by some Lithuanian and German mercenaries and prisoners of war. Throughout 1581, this force traversed the territory known as Yugra and subdued Vogul and Ostyak towns. At this time, they also captured a tax collector of Küçüm. Following a series of Tatar raids in retaliation against the Russian advance, Yermak's forces prepared for a campaign to take Qashliq, the Siberian capital. The force embarked in May 1582. After a three-day battle on the banks of the river Irtysh, Yermak was victorious against a combined force of Küçüm Khan and six allied Tatar princes. On 29 June, the Cossack forces were attacked by the Tatars but again repelled them. Throughout September 1582, the Khan gathered his forces for a defense of Qashliq. A horde of Siberian Tatars, Voguls and Ostyaks massed at Mount Chyuvash to defend against invading Cossacks. On 1 October, a Cossack attempt to storm the Tatar fort at Mount Chyuvash was held off. On 23 October, the Cossacks attempted to storm the Tatar fort at Mount Chyuvash for a fourth time when the Tatars counterattacked. More than a hundred Cossacks were killed, but their gunfire forced a Tatar retreat and allowed the capture of two Tatar cannons. The forces of the Khan retreated, and Yermak entered Qashliq on 26 October. Kuchum Khan retreated into the steppes and over the next few years regrouped his forces. He suddenly attacked Yermak on 6 August 1584 in the dead of night and defeated most of his army. The details are disputed with Russian sources claiming Yermak was wounded and tried to escape by swimming across the Wagay River which is a tributary of the Irtysh River, but drowned under the weight of his own chainmail. The remains of Yermak's forces under the command of Mescheryak retreated from Qashliq, destroying the city as they left. In 1586 the Russians returned, and after subduing the Khanty and Mansi people through the use of their artillery they established a fortress at Tyumen close to the ruins of Qashliq. The Tatar tribes that were submissive to Küçüm Khan suffered from several attacks by the Russians between 1584–1595; however, Küçüm Khan would not be caught. Finally, in August 1598 Küçüm Khan was defeated at the Battle of Urmin near the river Ob. In the course of the fight, the Siberian royal family was captured by the Russians. However, Küçüm Khan escaped yet again. The Russians took the family members of Küçüm Khan to Moscow and there they remained as hostages. The descendants of the khan's family became known as the Princes Sibirsky and the family is known to have survived until at least the late 19th century. Despite his personal escape, the capture of his family ended the political and military activities of Küçüm Khan and he retreated to the territories of the Nogay Horde in southern Siberia. He had been in contact with the tsar and had requested that a small region on the banks of the Irtysh River would be granted as his dominion. This was rejected by the tsar who proposed to Küçüm Khan that he come to Moscow and "comfort himself" in the service of the tsar. However, the old khan did not want to suffer from such contempt and preferred staying in his own lands to "comforting himself" in Moscow. Küçüm Khan then went to Bokhara and as an old man became blind, dying in exile with distant relatives sometime around 1605. 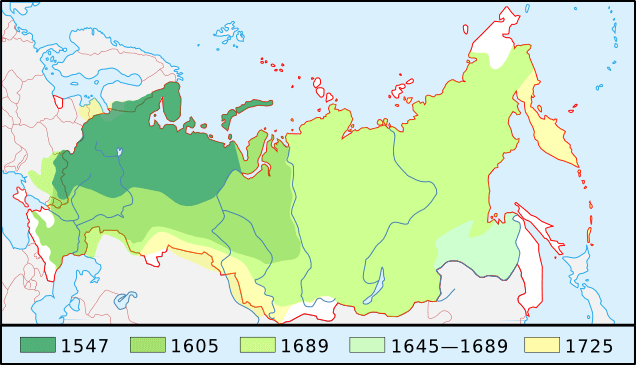 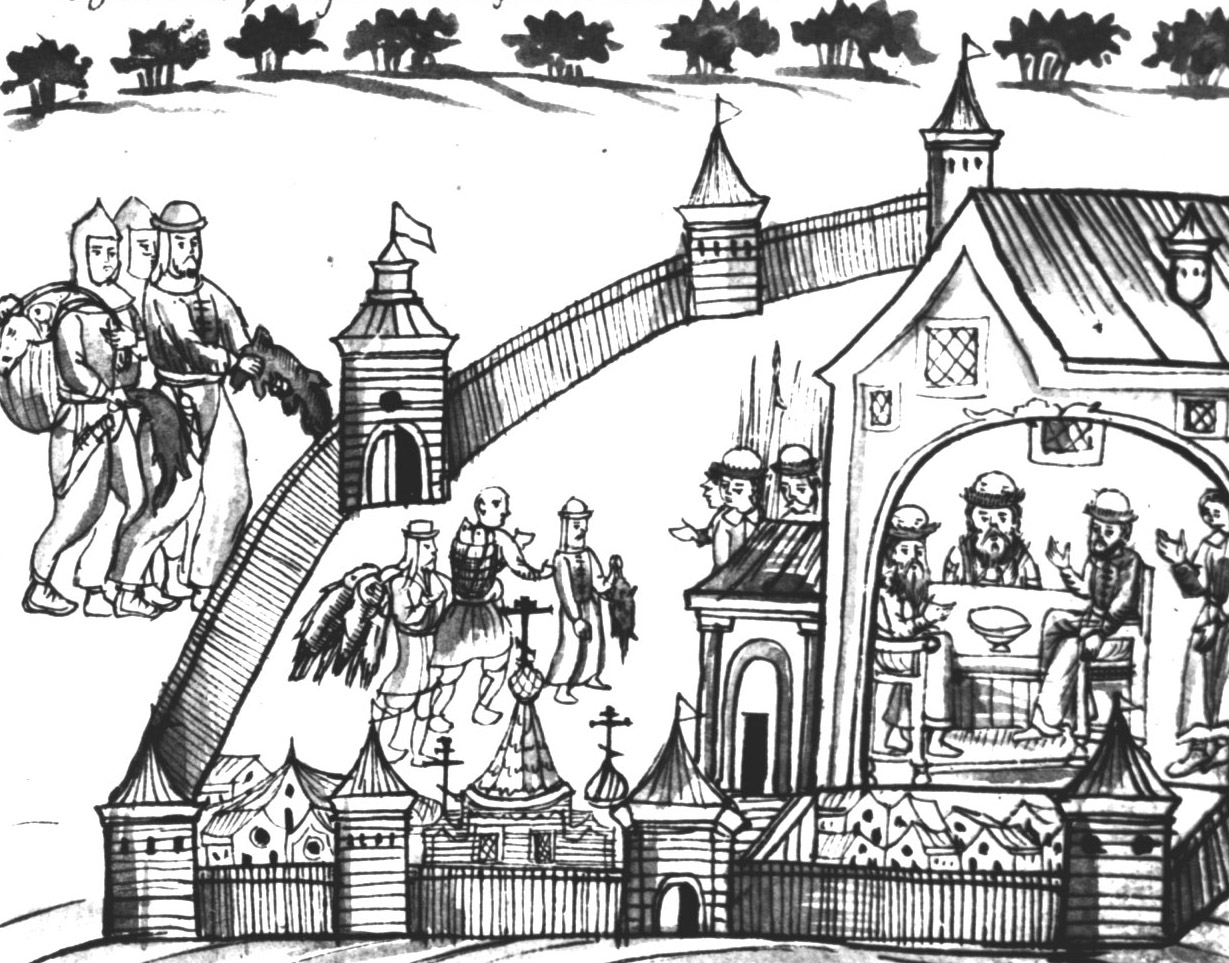 In order to subjugate the natives and collect yasak (fur tribute), a series of winter outposts (''zimovie'') and forts (ostrogs) were built at the confluences of major rivers and streams and important portages. The first among these were Tyumen and Tobolsk — the former built in 1586 by Vasilii Sukin and Ivan Miasnoi, and the latter the following year by Danilo Chulkov. Tobolsk would become the nerve center of the conquest. To the north Beryozovo (1593) and Mangazeya (1600–01) were built to bring the Nenets under tribute, while to the east Surgut (1594) and Tara (1594) were established to protect Tobolsk and subdue the ruler of the Narym Ostiaks. Of these, Mangazeya was the most prominent, becoming a base for further exploration eastward. Advancing up the Ob and its tributaries, the ostrogs of Ketsk (1602) and Tomsk (1604) were built. Ketsk ''sluzhilye liudi'' ("servicemen") reached the Yenisei in 1605, descending it to the Sym; two years later Mangazeyan ''promyshlenniks'' and traders descended the Turukhan to its confluence with the Yenisei, where they established the ''zimovie'' Turukhansk. By 1610 men from Turukhansk had reached the mouth of the Yenisei and ascended it as far as the Sym, where they met rival tribute collectors from Ketsk. To ensure subjugation of the natives, the ostrogs of Yeniseysk (1619) and Krasnoyarsk (1628) were established.