The Renaissance ( , ) , from , with the same meanings. was a period in European history marking the transition from the Middle Ages to modernity and covering the 15th and 16th centuries. It occurred after the Crisis of the Late Middle Ages and was associated with great social change. In addition to the standard periodization, proponents of a "long Renaissance" may put its beginning in the 14th century and its end in the 17th century. The traditional view focuses more on the early modern aspects of the Renaissance and argues that it was a break from the past, but many historians today focus more on its medieval aspects and argue that it was an extension of the Middle Ages. The intellectual basis of the Renaissance was its version of humanism, derived from the concept of Roman ''humanitas'' and the rediscovery of classical Greek philosophy, such as that of Protagoras, who said that "man is the measure of all things". This new thinking became manifest in art, architecture, politics, science and literature. Early examples were the development of perspective in oil painting and the revived knowledge of how to make concrete. Although the invention of metal movable type sped the dissemination of ideas from the later 15th century, the changes of the Renaissance were not uniform across Europe: the first traces appear in Italy as early as the late 13th century, in particular with the writings of Dante and the paintings of Giotto. As a cultural movement, the Renaissance encompassed innovative flowering of Latin and vernacular literatures, beginning with the 14th-century resurgence of learning based on classical sources, which contemporaries credited to Petrarch; the development of linear perspective and other techniques of rendering a more natural reality in painting; and gradual but widespread educational reform. In politics, the Renaissance contributed to the development of the customs and conventions of diplomacy, and in science to an increased reliance on observation and inductive reasoning. Although the Renaissance saw revolutions in many intellectual and social scientific pursuits, as well as the introduction of modern banking and the field of accounting, it is perhaps best known for its artistic developments and the contributions of such polymaths as Leonardo da Vinci and Michelangelo, who inspired the term "Renaissance man". The Renaissance began in the Republic of Florence, one of the many states of Italy. Various theories have been proposed to account for its origins and characteristics, focusing on a variety of factors including the social and civic peculiarities of Florence at the time: its political structure, the patronage of its dominant family, the Medici, and the migration of Greek scholars and their texts to Italy following the Fall of Constantinople to the Ottoman Turks. Other major centres were northern Italian city-states such as Venice, Genoa, Milan, Bologna, and Rome during the Renaissance Papacy or Belgian cities such as Bruges, Ghent, Brussels, Leuven, or Antwerp. The Renaissance has a long and complex historiography, and, in line with general scepticism of discrete periodizations, there has been much debate among historians reacting to the 19th-century glorification of the "Renaissance" and individual cultural heroes as "Renaissance men", questioning the usefulness of ''Renaissance'' as a term and as a historical delineation. Some observers have called into question whether the Renaissance was a cultural "advance" from the Middle Ages, instead seeing it as a period of pessimism and nostalgia for classical antiquity, while social and economic historians, especially of the ''longue durée'', have instead focused on the continuity between the two eras, which are linked, as Panofsky observed, "by a thousand ties". The term ''rinascita'' ('rebirth') first appeared in Giorgio Vasari's ''Lives of the Artists'' (c. 1550), anglicized as the ''Renaissance'' in the 1830s. The word has also been extended to other historical and cultural movements, such as the Carolingian Renaissance (8th and 9th centuries), Ottonian Renaissance (10th and 11th century), and the Renaissance of the 12th century.

The Renaissance was a cultural movement that profoundly affected European intellectual life in the early modern period. Beginning in Italy, and spreading to the rest of Europe by the 16th century, its influence was felt in art, architecture, philosophy, literature, music, science, technology, politics, religion, and other aspects of intellectual inquiry. Renaissance scholars employed the humanist method in study, and searched for realism and human emotion in art. Renaissance humanists such as Poggio Bracciolini sought out in Europe's monastic libraries the Latin literary, historical, and oratorical texts of antiquity, while the Fall of Constantinople (1453) generated a wave of émigré Greek scholars bringing precious manuscripts in ancient Greek, many of which had fallen into obscurity in the West. It is in their new focus on literary and historical texts that Renaissance scholars differed so markedly from the medieval scholars of the Renaissance of the 12th century, who had focused on studying Greek and Arabic works of natural sciences, philosophy and mathematics, rather than on such cultural texts. In the revival of neoplatonism Renaissance humanists did not reject Christianity; quite the contrary, many of the greatest works of the Renaissance were devoted to it, and the Church patronized many works of Renaissance art. However, a subtle shift took place in the way that intellectuals approached religion that was reflected in many other areas of cultural life. In addition, many Greek Christian works, including the Greek New Testament, were brought back from Byzantium to Western Europe and engaged Western scholars for the first time since late antiquity. This new engagement with Greek Christian works, and particularly the return to the original Greek of the New Testament promoted by humanists Lorenzo Valla and Erasmus, would help pave the way for the Protestant Reformation. Well after the first artistic return to classicism had been exemplified in the sculpture of Nicola Pisano, Florentine painters led by Masaccio strove to portray the human form realistically, developing techniques to render perspective and light more naturally. Political philosophers, most famously Niccolò Machiavelli, sought to describe political life as it really was, that is to understand it rationally. A critical contribution to Italian Renaissance humanism, Giovanni Pico della Mirandola wrote the famous text ''De hominis dignitate'' (''Oration on the Dignity of Man'', 1486), which consists of a series of theses on philosophy, natural thought, faith and magic defended against any opponent on the grounds of reason. In addition to studying classical Latin and Greek, Renaissance authors also began increasingly to use vernacular languages; combined with the introduction of the printing press, this would allow many more people access to books, especially the Bible. In all, the Renaissance could be viewed as an attempt by intellectuals to study and improve the secular and worldly, both through the revival of ideas from antiquity, and through novel approaches to thought. Some scholars, such as Rodney Stark, play down the Renaissance in favour of the earlier innovations of the Italian city-states in the High Middle Ages, which married responsive government, Christianity and the birth of capitalism. This analysis argues that, whereas the great European states (France and Spain) were absolutist monarchies, and others were under direct Church control, the independent city republics of Italy took over the principles of capitalism invented on monastic estates and set off a vast unprecedented commercial revolution that preceded and financed the Renaissance.

Many argue that the ideas characterizing the Renaissance had their origin in late 13th-century Florence, in particular with the writings of Dante Alighieri (1265–1321) and Petrarch (1304–1374), as well as the paintings of Giotto di Bondone (1267–1337). Some writers date the Renaissance quite precisely; one proposed starting point is 1401, when the rival geniuses Lorenzo Ghiberti and Filippo Brunelleschi competed for the contract to build the bronze doors for the Baptistery of the Florence Cathedral (Ghiberti won). Others see more general competition between artists and polymaths such as Brunelleschi, Ghiberti, Donatello, and Masaccio for artistic commissions as sparking the creativity of the Renaissance. Yet it remains much debated why the Renaissance began in Italy, and why it began when it did. Accordingly, several theories have been put forward to explain its origins. During the Renaissance, money and art went hand in hand. Artists depended entirely on patrons while the patrons needed money to foster artistic talent. Wealth was brought to Italy in the 14th, 15th, and 16th centuries by expanding trade into Asia and Europe. Silver mining in Tyrol increased the flow of money. Luxuries from the Muslim world, brought home during the Crusades, increased the prosperity of Genoa and Venice. Jules Michelet defined the 16th-century Renaissance in France as a period in Europe's cultural history that represented a break from the Middle Ages, creating a modern understanding of humanity and its place in the world. 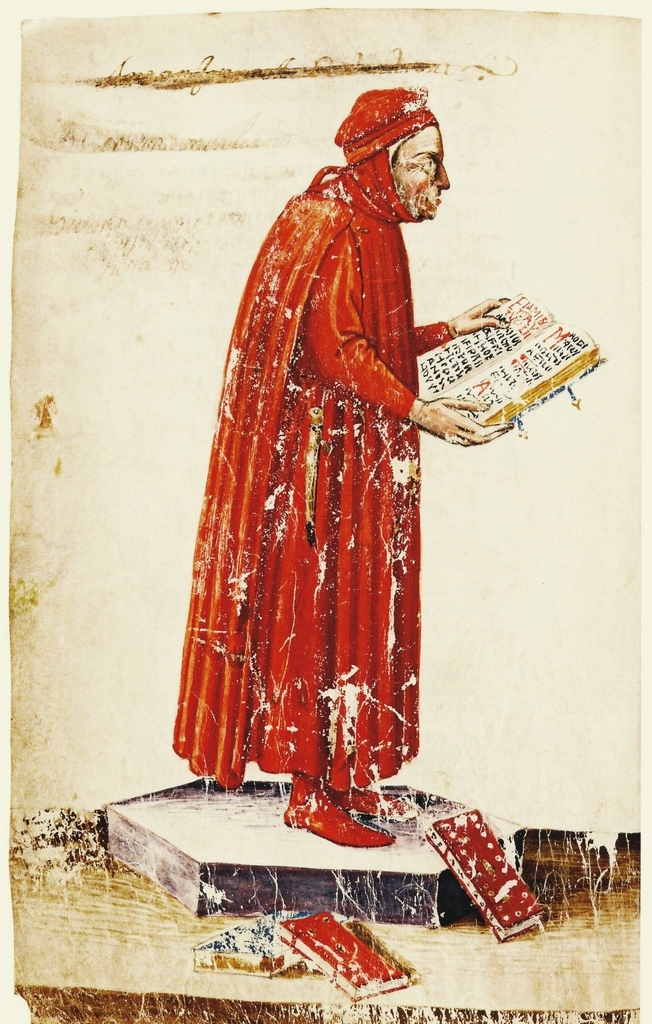 In stark contrast to the High Middle Ages, when Latin scholars focused almost entirely on studying Greek and Arabic works of natural science, philosophy and mathematics, Renaissance scholars were most interested in recovering and studying Latin and Greek literary, historical, and oratorical texts. Broadly speaking, this began in the 14th century with a Latin phase, when Renaissance scholars such as Petrarch, Coluccio Salutati (1331–1406), Niccolò de' Niccoli (1364–1437) and Poggio Bracciolini (1380–1459) scoured the libraries of Europe in search of works by such Latin authors as Cicero, Lucretius, Livy and Seneca. By the early 15th century, the bulk of the surviving such Latin literature had been recovered; the Greek phase of Renaissance humanism was under way, as Western European scholars turned to recovering ancient Greek literary, historical, oratorical and theological texts. Unlike with Latin texts, which had been preserved and studied in Western Europe since late antiquity, the study of ancient Greek texts was very limited in medieval Western Europe. Ancient Greek works on science, maths and philosophy had been studied since the High Middle Ages in Western Europe and in the Islamic Golden Age (normally in translation), but Greek literary, oratorical and historical works (such as Homer, the Greek dramatists, Demosthenes and Thucydides) were not studied in either the Latin or medieval Islamic worlds; in the Middle Ages these sorts of texts were only studied by Byzantine scholars. Some argue that the Timurid Renaissance in Samarkand and Herat, whose magnificence toned with Florence as the center of a cultural rebirth, were linked to the Ottoman Empire, whose conquests led to the migration of Greek scholars to Italian cities.