Racial integration, or simply integration, includes desegregation (the process of ending systematic racial segregation). In addition to desegregation, integration includes goals such as leveling barriers to association, creating equal opportunity regardless of race, and the development of a culture that draws on diverse traditions, rather than merely bringing a racial minority into the majority culture. Desegregation is largely a legal matter, integration largely a social one. 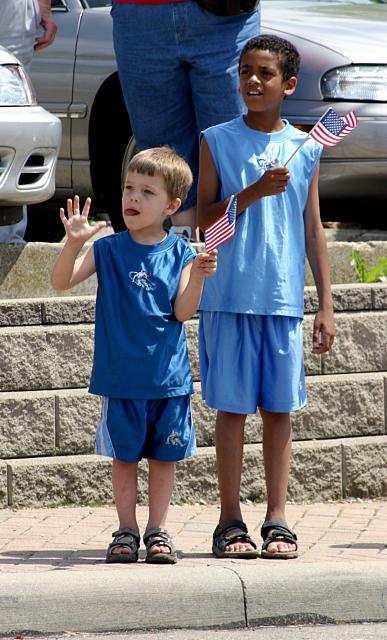 Morris J. MacGregor, Jr. in his paper "Integration of the Armed Forces 1940–1969" writes concerning the words ''integration'' and ''desegregation'':

... In recent years many historians have come to distinguish between these like-sounding words.. The movement toward desegregation, breaking down the nation's Jim Crow system, became increasingly popular in the decade after World War II. Integration, on the other hand, Professor Oscar Handlin maintains, implies several things not yet necessarily accepted in all areas of American society. In one sense it refers to the "levelling of all barriers to association other than those based on ability, taste, and personal preference"; in other words, providing equal opportunity. But in another sense integration calls for the random distribution of a minority throughout society. Here, according to Handlin, the emphasis is on racial balance in areas of occupation, education, residency, and the like.

From the beginning the military establishment rightly understood that the breakup of the all-black unit would in a closed society necessarily mean more than mere desegregation. It constantly used the terms integration and equal treatment and opportunity to describe its racial goals. Rarely, if ever, does one find the word desegregation in military files that include much correspondence.

Similarly, Keith M. Woods writing on the need for precision in journalistic language writes, "''Integration'' happens when a monolith is changed, like when a black family moves into an all-white neighborhood. Integration happens even without a mandate from the law. ''Desegregation''," on the other hand, "was the legal remedy to segregation." Making almost the same point, Henry Organ, identifying himself as "a participant in the Civil Rights Movement on the (San Francisco) Peninsula in the '60s ... and ... an African American," wrote in 1997, "The term 'desegregation' is normally reserved to the legal/legislative domain, and it was the legalization of discrimination in public institutions based on race that many fought against in the 1960s. The term 'integration,' on the other hand, pertains to a social domain; it does and should refer to individuals of different background who opt to interact." In their book ''By the Color of Our Skin'' (1999) Leonard Steinhorn and Barbara Diggs-Brown – who also make a similar distinction between ''desegregation'' and ''integration'' – write "... television has ... givewhite Americans the sensation of having meaningful, repeated contact with blacks without actually having it. We call this phenomenon virtual integration, and it is the primary reason why the integration illusion – the belief that we are moving toward a colorblind nation – has such a powerful influence on race relations in America today." Reviewing this book in the libertarian magazine ''Reason'', Michael W. Lynch sums up some of their conclusions as, "Blacks and whites live, learn, work, pray, play, and entertain separately." He cites Stephan and Abigail Themstrom's ''America in Black and White'' as making the case to the contrary, gives anecdotal evidence on both sides of the question, and writes:

The problem, as I see it, is that access to the public spheres, specifically the commercial sphere, often depends on being comfortable with the norms of white society. If a significant number of black children aren't comfortable with them, it isn't by choice: It's because they were isolated from those norms. It's one thing for members of the black elite and upper middle class to choose to retire to predominantly black neighborhoods after a lucrative day's work in white America. It's quite another for people to be unable to enter that commercial sphere because they spent their formative years in a community that didn't, or couldn't, prepare them for it. Writes

Although widespread, this distinction between ''integration'' and ''desegregation'' is not universally accepted. For example, it is possible to find references to "court-ordered integration" from sources such as the ''[[Detroit News'', PBS, or even Encarta. These same sources also use the phrase "court-ordered desegregation", apparently with exactly the same meaning;