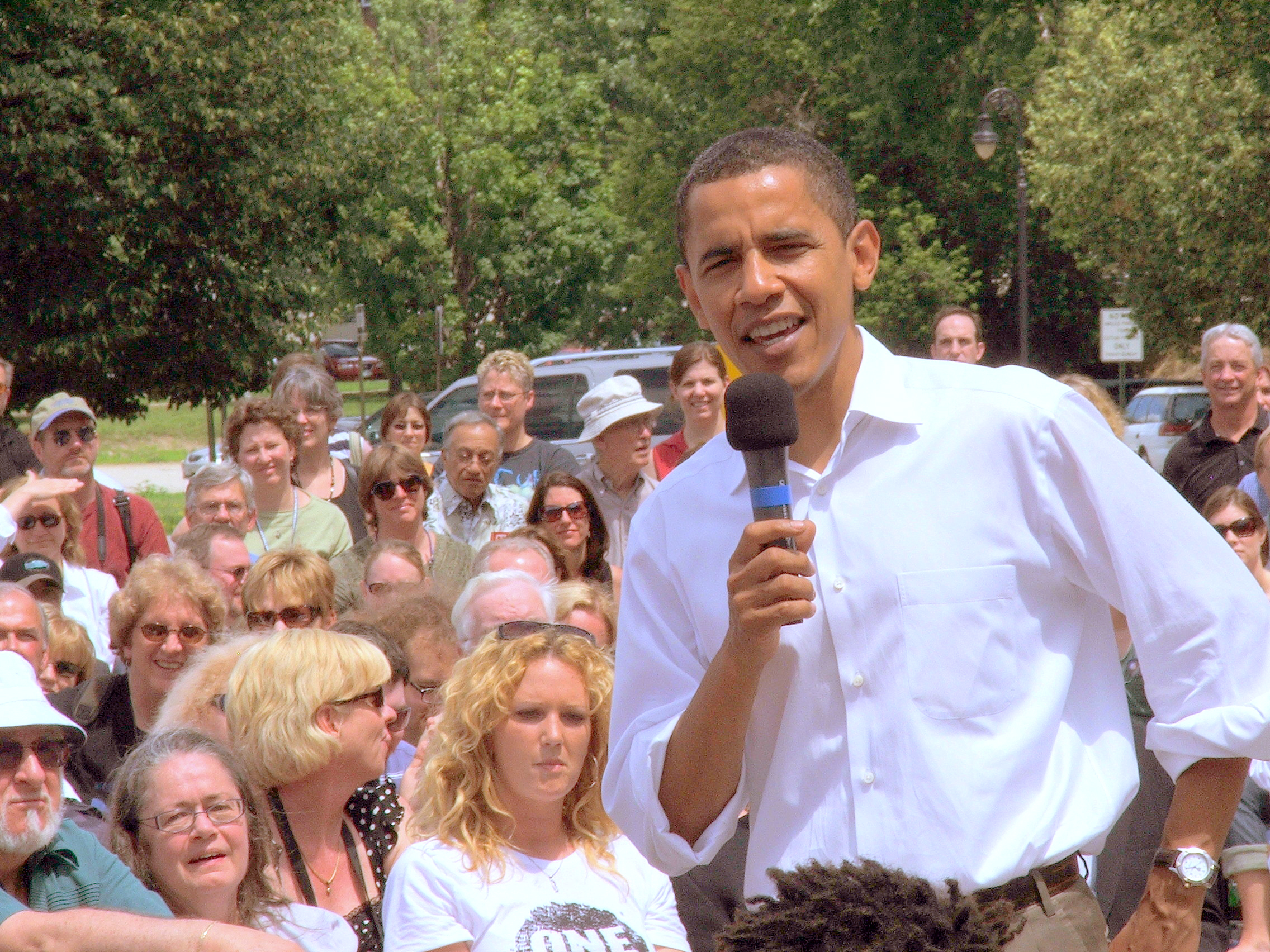 Barack Obama has declared his position on many political issues through his public comments and legislative records. The Obama Administration stated that its general agenda was to "revive the economy, provide affordable and accessible health care to all, strengthen our public education and social security systems, define a clear path to energy independence and tackle climate change, end the War in Iraq responsibly and finish our mission in Afghanistan, and work with our allies to prevent Iran from developing a nuclear weapon."

President Obama was first inaugurated in January 2009, in the depths of the Great Recession and a severe financial crisis that began in 2007. His presidency continued the banking bailout and auto industry rescue begun by the George W. Bush administration and immediately enacted an $800 billion stimulus program, the American Recovery and Reinvestment Act of 2009 (ARRA), which included a blend of additional spending and tax cuts. By early 2011, the economy began creating jobs consistently each month, a trend which continued through the end of his tenure. Obama followed with the 2010 Patient Protection and Affordable Care Act. By 2016, the law covered approximately 23 million people with health insurance via a combination of state healthcare exchanges and an extension of Medicaid. It lowered the rate of those without health insurance from approximately 16% in 2010 to 9% by 2015. Throughout his administration, healthcare costs continued moderating; for example, healthcare premiums for those covered by employers rose by 69% between 2000 and 2005, but only by 27% from 2010 to 2015. By 2017, nearly 70% of those on the exchanges could purchase insurance for less than $75 per month after subsidies. The law was evaluated multiple times by the Congressional Budget Office, which scored it as a moderate deficit reducer, as it included tax hikes primarily on high income taxpayers (roughly the Top 5%) and reductions in future Medicare cost increases, offsetting subsidy costs. No House Republicans, and only a few in the Senate, voted for the law.