The Old State Capitol State Historic Site, in Springfield, Illinois, is the fifth capitol building built for the U.S. state of Illinois. It was built in the Greek Revival style in 1837–1840, and served as the state house from 1840 to 1876. It is the site of candidacy announcements by Abraham Lincoln in 1858 and Barack Obama in 2007. It was designated a National Historic Landmark in 1961, primarily for its association with Lincoln and his political rival Stephen Douglas. 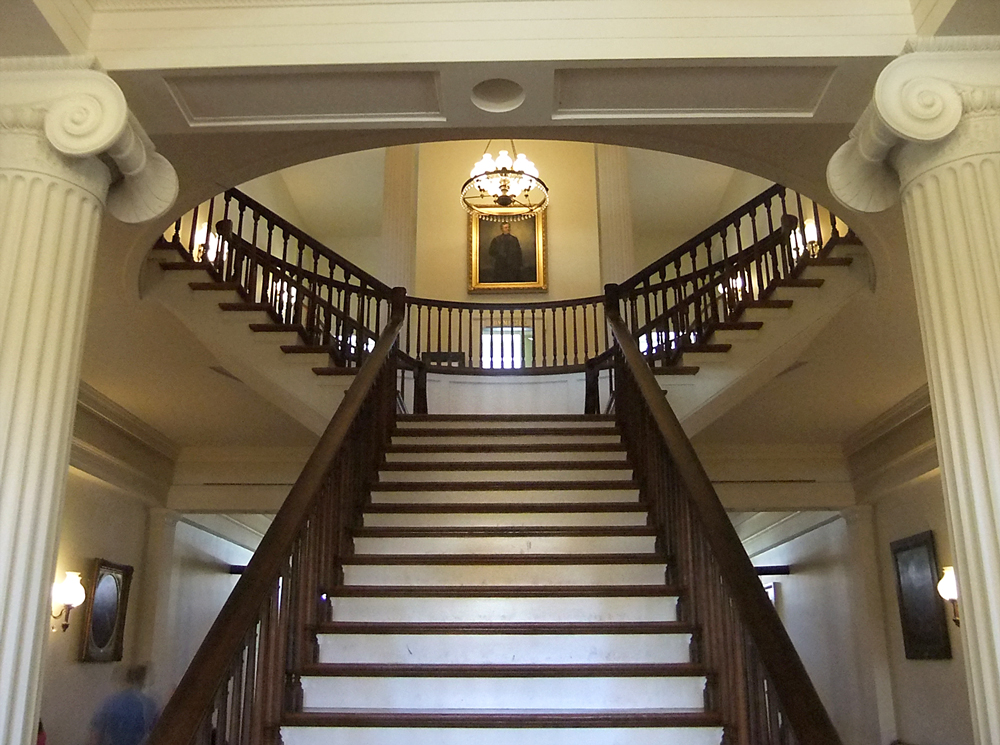 From 1820 through 1837, the political capital of the young state of Illinois was the small village of Vandalia, Illinois, in the south center of the state. On the National Road, Vandalia was initially well-situated to fulfill its governmental role. As northern Illinois opened to settlement in the 1830s, however, public pressure grew for the capital to be relocated to a location closer to the geographic center of the state.