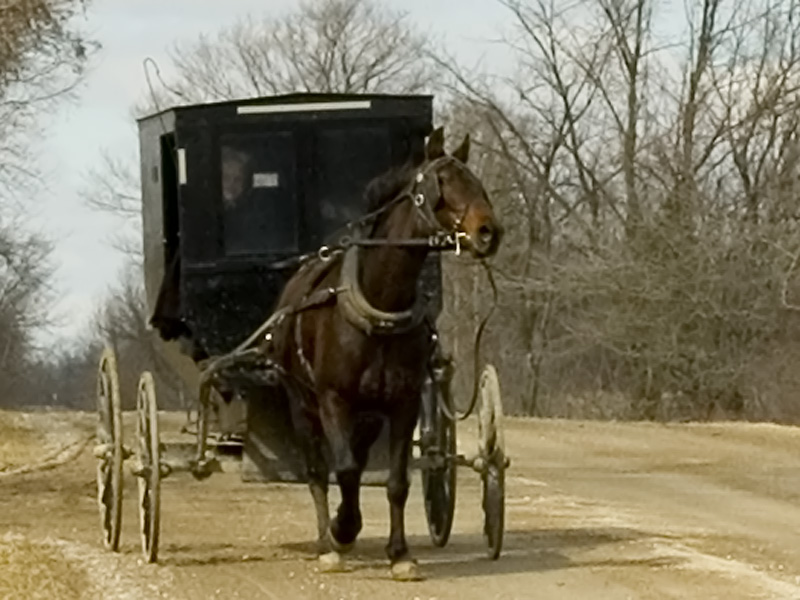 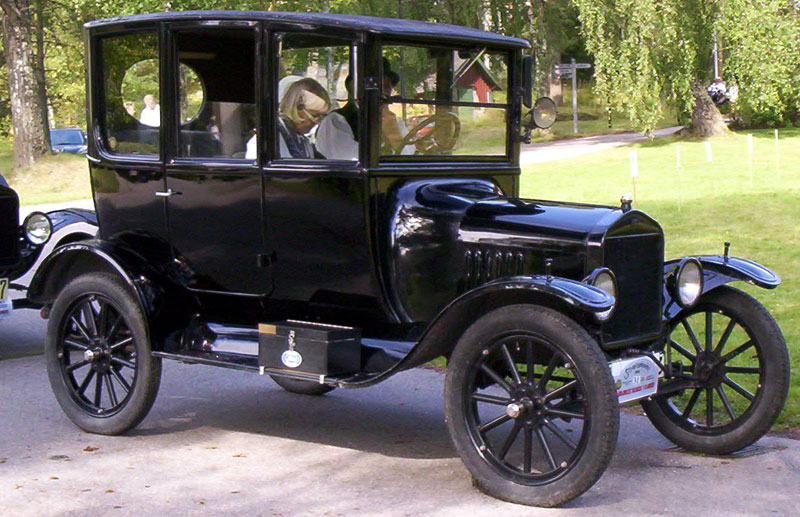 Most "Old Order" Mennonites emerged through divisions from the main body of Mennonites between 1872 and 1901 in four regions of North America: Indiana in 1872, Ontario in 1889, Pennsylvania in 1893 and Virginia in 1901. Conflicts over the introduction of such modern practices as Sunday Schools, revival meetings, and English-language preaching drove the formation of Old Order Mennonite churches. These modernizing trends that changed the form of religious practice were pushed among the Mennonites especially by two men: John F. Funk and John S. Coffman. The traditionally minded people left the old conferences to form new ones, but not the modernizers.

Many practices among the Old Order Mennonites stem from the biblical principle of nonconformity to the world, according to and other Bible verses. The avoidance of technologies by Old Order Mennonites and Old Order Amish is based not on a belief that the technology is in some way evil, but over a concern for the nature of their communities. Community is important to a Mennonite, and a technology or practice is rejected if it would adversely affect it. Many Old Order Mennonite groups reject automobiles but in an emergency even the most traditional Old Order Mennonite is likely to accept a ride in an automobile; those who sell milk in areas that require cooling will install electricity in the barn. Some of the groups that allow the use of cars and trucks, such as the Markham-Waterloo Mennonite Conference, will ensure that they are all black, even painting over chromed sections to achieve this effect. Old Order Mennonites also practise ''plainness'', including the dress, which is the opposite of showiness in clothing but also in physical appearance. Many Amish and Old Order Mennonites do not use traditional health insurance with monthly premiums copayments. In Lancaster County, Pennsylvania, some Amish and Mennonites use Preferred Health Care (PHC) Old Order Group coverage (OOG). When an OOG member visits a participating provider (approximately 1100 local physicians and 9 hospitals in the Lancaster area accept the OOG coverage), they present a unique white card with red and blue print identifying them as a PHC member. These cards are void of any identifying information, as is the custom of their religious belief. After care is rendered, providers submit a claim to PHC for a "repricing" as if the patient had insurance. A PHC statement is then sent to the medical practice and the patient indicating the discounted amount due the provider. The practice then collects the repriced amount from the patient directly, as per practice policy for collecting balances due on self-pay patient accounts. In this way, the Old Order Group has engaged in collective bargaining practices to lower their cost of health care. Additionally, the community will support any member who is sick, disadvantaged, old, or who has suffered an accident. Old Order Mennonites and Old Order Amish sects are often grouped together in North America's popular press. This is incorrect, according to a 2017 report by ''Canadian Mennonite'' magazine:

The customs of Old Order Mennonites, the Amish communities and Old Colony Mennonites have a number of similarities, but the cultural differences are significant enough so that members of one group would not feel comfortable moving to another group. The Old Order Mennonites and Amish have the same European roots and the language spoken in their homes is the same German dialect.(link is external) Old Colony Mennonites use Low German, a different German dialect.

Unlike Old Order Amish, Old Order Mennonites have meeting houses for worship, typically of very simple design and lacking adornment. In many respects some Old Order groups are very similar to Conservative Mennonites but differ particularly in their non-acceptance of Sunday School and Revival Meetings and the predominant use of the German language in their worship services. The spectrum of Old Order Mennonite groups ranges from those that differ little from even conservative Old Order Amish groups like the Swartzentruber Amish to those that are barely different from Conservative Mennonite groups concerning the use of technologies. What characterizes automobile groups as Old Order rather than Conservative Mennonite is their retention of traditional forms of worship, communion, baptism, funeral and leadership structures. By contrast, some wedding practices have changed. The Old Order Mennonites normally have neither Sunday Schools nor revival meetings. Horse-and-buggy groups have retained a rural lifestyle, with farming as an important part of their economy. Most horse-and-buggy Old Order Mennonites allow the use of tractors for farming, although some groups insist on steel-wheeled tractors to prevent their being used for road transportation. Some traditional groups, like the Orthodox Mennonites and the Noah Hoover Mennonites, still till their fields with horses. The horse-and-buggy people stress separation from the world, excommunicate, and normally shun in a strict manner. All Old Order Mennonite groups meet in meeting houses or church buildings (when they have full-fledged congregations), contrary to the Old Order Amish, who meet in the homes or barns of their members. Progressive ("automobile") Old Order Mennonites, like the Weaverland Conference Mennonites (USA), Wisler Mennonites (USA), and Markham-Waterloo Mennonite Conference (Canada), largely evolved from the same series of Old Order schisms from 1872 to 1901. Nowadays, they often share the same meeting houses with and adhere to almost identical forms of Old Order worship as their horse-and-buggy Old Order brethren with whom they parted ways in the early 20th century. Although Weaverland Old Orders began using cars in 1927, the cars were required to be plain and painted black. The form of the ban among progressive groups in general is less severe, which means an ex-communicant is not always shunned and is, therefore, not excluded from the family table, shunned by their spouse and/or cut off from business dealings. All progressive Old Orders have either already shifted from Pennsylvania German to English or are in the process to do so. In recent decades, however, family sizes and growth rates of the progressive groups have diminished compared to the horse-and-buggy groups. According to a University of Waterloo report, "of the estimated 59,000 Mennonites in Ontario, only about twenty percent are members of conservative groups".

In November 2020, during the COVID-19 pandemic in Ontario, Canada, both the Region of Waterloo Public Health unit and Wellington-Dufferin-Guelph Public Health issued orders to close Old Order schools and places of worship in their regions and to limit social interactions. The orders were issued because of extremely high infection rates. In Waterloo Region, the orders applied to sects "including Markham, Old Colony, and David Martin Mennonite communities", according to a news report. Both agencies cited a lack of cooperation with public health requirements that were intended to minimize the spread of the virus. In an interview with the Waterloo Region Record, bishop Peter Brubacher, (bishop "for seven Old Order Mennonite church districts" in north Waterloo Region, according to another news agency), made this comment: "I guess to be frank and honest, a lot of people really didn’t take it that serious, to isolate".

The Wenger Mennonites, the largest horse-and-buggy group, have a growth rate of 3.7 percent a year, which is comparable to the growth rate of Old Order Amish. The Wengers have larger families and a higher retention rate than their car-driving brothers, the Horning Mennonites. In 2005, the average number of children per household was 8.25 among Old Order Mennonites in Indiana. In a sample of 199 people from the Martindale District of the Wenger Mennonites, born between 1953 and 1968, there was a retention rate of 95 percent in 1998.