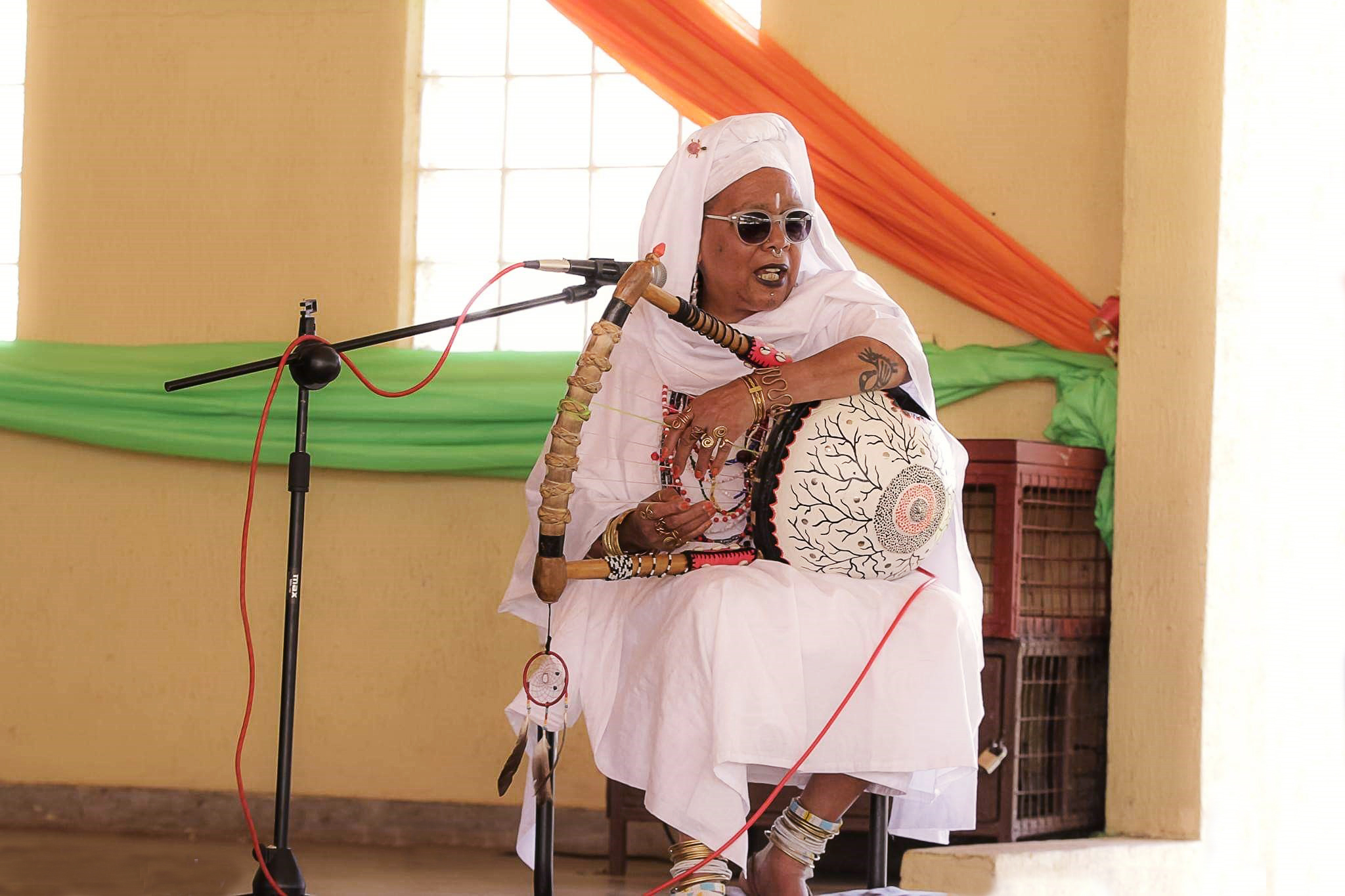 The nyatiti is a five to eight-stringed plucked bowl yoke lute from Kenya. It is a classical instrument played by the Luo people of Western Kenya, specifically in the Siaya region south of Kisumu. It is about two to three feet long with a bowl-shaped, carved wood resonator covered in cow skin. Historically, strings were fashioned from cattle tendons, but modern players almost exclusively use nylon and plastic fishing line of various sizes, a move which changed the sound of the nyatiti drastically. The nyatiti as played in Kenya usually has eight strings. Though the register will vary to match a comfortable singing range of the player, a typical tuning will be, from top to bottom, B-A-G#-E-E-D-B-A, where the outside strings are the same note at the same pitch, and the middle two are an octave apart. Many modern players use individual tunings to match their particular musical style. The most common playing style uses the thumb and middle finger of both hands, alternating between the two to create a rhythmic and circular musical pattern. If played in a traditional style, the performer sits on a short, shin level chair called the ''orindi''. He or she wears a wrought iron ring called the ''oduong'o'' around the big toe of the right foot and the ''gara'', a set of metal bells also on the right leg. With the ''gara'' and the ''oduong'o'', the player maintains a constant beat, banging the iron ring on the bottom bar of the nyatiti. The nyatiti is usually played alone. Some players have, in the past, been accompanied by a number of male back-up singers (chorus). Though not common, the nyatiti can be accompanied by any number of traditional instruments, including a curved horn called the ''oporo'' or ''tung, a single-string violin-like instrument called the ''orutu'', and percussion. Modern day players will often integrate the instrument in with Western-style guitar, bass, keyboards and drums. Traditionally, players wear a headdress called ''Kondo'', which is fashioned out of goat fur. Dancers sometimes accompany the nyatiti player and wear brightly colored skirts called ''Owalo''. Younger players often forgo the traditional dress, opting for clothes typical of present-day performances. Some maintain that music from the nyatiti inspired what became benga music.