Cotts attended Illinois State University where he won first-team All-Missouri Valley Conference honors and was named to the ABCA All-Midwest Region team. He was drafted by the Oakland Athletics 69th overall in the 2nd round of the 2001 draft, becoming the second highest player drafted in the history of Illinois State. Cotts finished his collegiate career ranked fifth all-time in school history in strikeouts with 263 in just three seasons with the Redbirds.

Cotts spent the 2002 season at Single-A Modesto of the California League, winning 12 games in 28 starts. During the off-season, he was traded to the Chicago White Sox in a six-player deal involving relief pitchers Billy Koch and Keith Foulke. Cotts began the 2003 season ranked as the number three prospect in the White Sox farm system. He started his year at Double-A Birmingham, of the Southern League, going 9–6 with a 2.12 ERA and 131 strikeouts. In July 2003, he started for the United States in Major League Baseball's Futures Game.

Cotts made his Major League debut for Chicago on August 12, 2003, when he started against the Anaheim Angels. He pitched 2.1 innings and allowed two runs, two hits, and six walks. He received a no-decision in the game. On August 22, he won his first game when he pitched five innings and allowed five hits against the Texas Rangers. He ended the season with a record of 1–1 and an 8.10 ERA. In 2004, new manager Ozzie Guillén inserted Cotts into the bullpen. He finished April with a 0.90 ERA, but from May–July had an ERA of 8.28. He finished the season with 65.1 innings pitched, a 4–4 record, and an ERA of 5.65. On June 18, he got his first major league hit, a double, off Luis Ayala of the Montreal Expos. In 2005, Cotts went 4–0 while appearing in 69 games, throwing 60.1 innings, compiling a 1.94 ERA, striking out 58, and yielding just 1 home run. MLB.com awarded him the "Setup Man of the Year Award", an award determined by fan voting. In the American League Championship Series, he was the only White Sox reliever to appear in Chicago's 4–1 series win, throwing 2/3 of an inning in Game 1. Cotts pitched in all four games of the World Series and was the winning pitcher in Game 2. 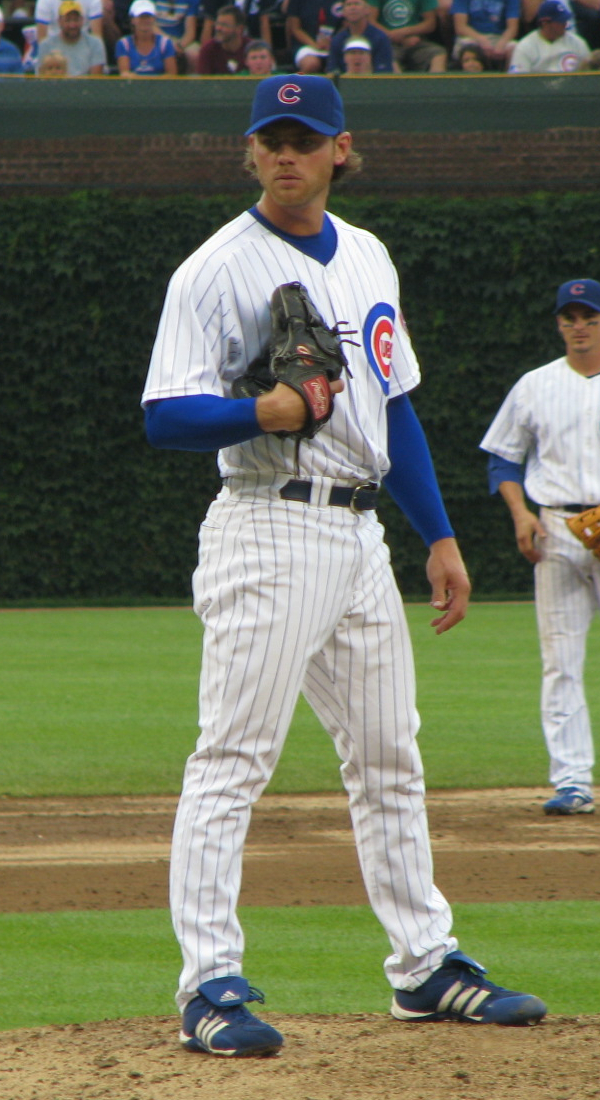 On December 13, 2007, the Cubs re-signed Cotts to a one-year contract for $800,000. He began the 2008 season in AAA, as he'd ended the previous season. He would be recalled from AAA, however, in May and remained with Cubs as their primary left handed reliever after the club had traded away veteran pitcher Scott Eyre. In 2009, Cotts started with the Cubs, but was demoted to the team's AAA minor league Iowa club in May. On June 24, he felt a sharp pain while pitching for Iowa, and his season was over with an elbow ligament injury. He underwent successful Tommy John surgery in July 2009. He was non-tendered on December 12 and became a free agent.

On January 4, 2010, Cotts signed a minor-league contract with the Pittsburgh Pirates with an invite to spring training. In June 2010, he had the first of four surgeries on his hip ending his comeback bid for the season. On September 17, 2010, the Pirates released him. On November 22, 2010, Cotts signed a minor league contract with the New York Yankees with an invitation to 2011 spring training. Due to the results of his physical, the Yankees released him on February 16, 2011. For the second straight season, he did not pitch professionally.

Cotts signed with the Texas Rangers and was in contention in spring training to return to the Major Leagues, but suffered an arm strain injury. He finally appeared in a professional game for the first time since 2009 on June 11, 2012, pitching for the Texas Rangers' Triple-A affiliate Round Rock. He finished the season with Round Rock posting a 4.55 ERA with 3 saves while striking out 41 in 31.2 innings. On November 12, 2012, Cotts signed a minor league deal with an invitation to spring training to return to the Rangers organization. He failed to make the Rangers out of spring training in 2013 and rejoined Round Rock. He posted a 0.78 ERA with a 3–1 record and was promoted to the Rangers on May 21, 2013. After a nearly four-year absence from the Major Leagues, he threw six pitches against Oakland on May 21. His agent Joe Bick said, "When he went back to the mound that first time, I had a lump the size of a softball in my throat." He said of his return to the Major Leagues, "There's a point where you go through all of it where you don't know if you're ever going to play again; I never was really accepting of that." He became a left-handed specialist for the Rangers bullpen. However, he had better platoon splits against right-handed batters than left-handed batters after joining the Rangers. In 2013, he held opposing right-handed batters to a .436 on-base plus slugging (OPS) percentage while left-handed hitters had a .565 OPS. Cotts returned to the Rangers in 2014 and pitched in a career high 73 games. However, he was not as effective as he was the year before. He was granted free agency after the season and was not re-signed by the club.