The Military William Order, or often named Military Order of William ( Dutch: Militaire Willems-Orde,
abbreviation An abbreviation (from Latin ''brevis'', meaning ''short'') is a shortened form of a word or phrase, by any method. It may consist of a group of letters, or words taken from the full version of the word or phrase; for example, the word ''abbrevia ...
: MWO), is the oldest and highest honour of the Kingdom of the Netherlands. The Order is named after St. William of Gellone (755–814), the first
Prince of Orange Prince of Orange (or Princess of Orange if the holder is female) is a title A title is one or more words used before or after a person's name, in certain contexts. It may signify either generation, an official position, or a professional or ...
. The Order's motto is ''Voor Moed, Beleid en Trouw'' (For Bravery, Leadership and Loyalty). The chivalric order was established on 30 April 1815 by King
William I

and was presented for feats of excellent bravery on the battlefield and as a meritorious decoration to senior military officers. Comparable with the French Légion d’Honneur but far less often awarded, the Military William Order is a chivalry order of merit open to everyone regardless of rank and nobility, and not only to Dutch military but also foreigners. To date membership of the Order is extremely rarely awarded and only for excellent bravery in battle. In the spring of 1940 it was decided that civilians would receive the Military Order of William for heroic acts in the resistance. After the liberation of the Netherlands and the
Dutch East Indies The Dutch East Indies (or Netherlands East-Indies; nl, Nederlands(ch)-Indië; ) was a Dutch colony consisting of what is now Indonesia. It was formed from the nationalised colonies of the Dutch East India Company, which came under the admini ...
, several men and one woman from the resistance were awarded the Military Order of William. 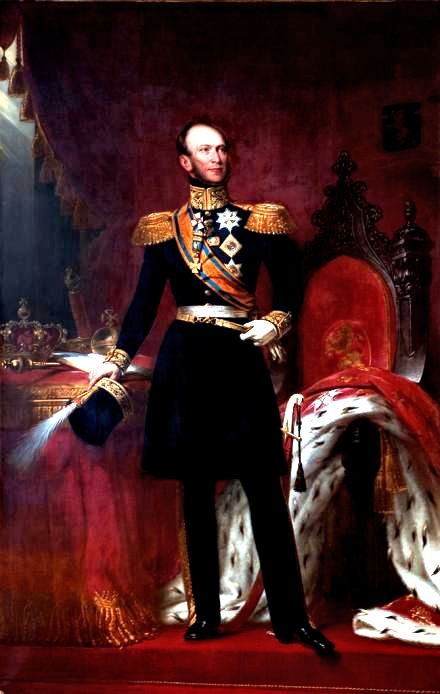 Most knighthoods of the Military Order of William were awarded in 1815 and shortly afterwards to military of the Allies that fought
Napoleon Napoléon Bonaparte (15 August 1769 – 5 May 1821) was a French military and political leader. He rose to prominence during the French Revolution The French Revolution ( ) refers to the period that began with the Estates General o ...
at the
Battle of Waterloo The Battle of Waterloo was fought on Sunday, 18 June 1815, near Waterloo, Belgium, Waterloo in Belgium, part of the United Kingdom of the Netherlands at the time. A French army under the command of Napoleon Bonaparte was defeated by two of the ...

, in total 1,005 knighthoods were awarded at this time. The Grand Cross was awarded to Prince William of Orange, the Duke of Wellington, Fürst Blücher von Wahlstatt, Graf von Bülow von Dennewitz and Graf von
Gneisenau 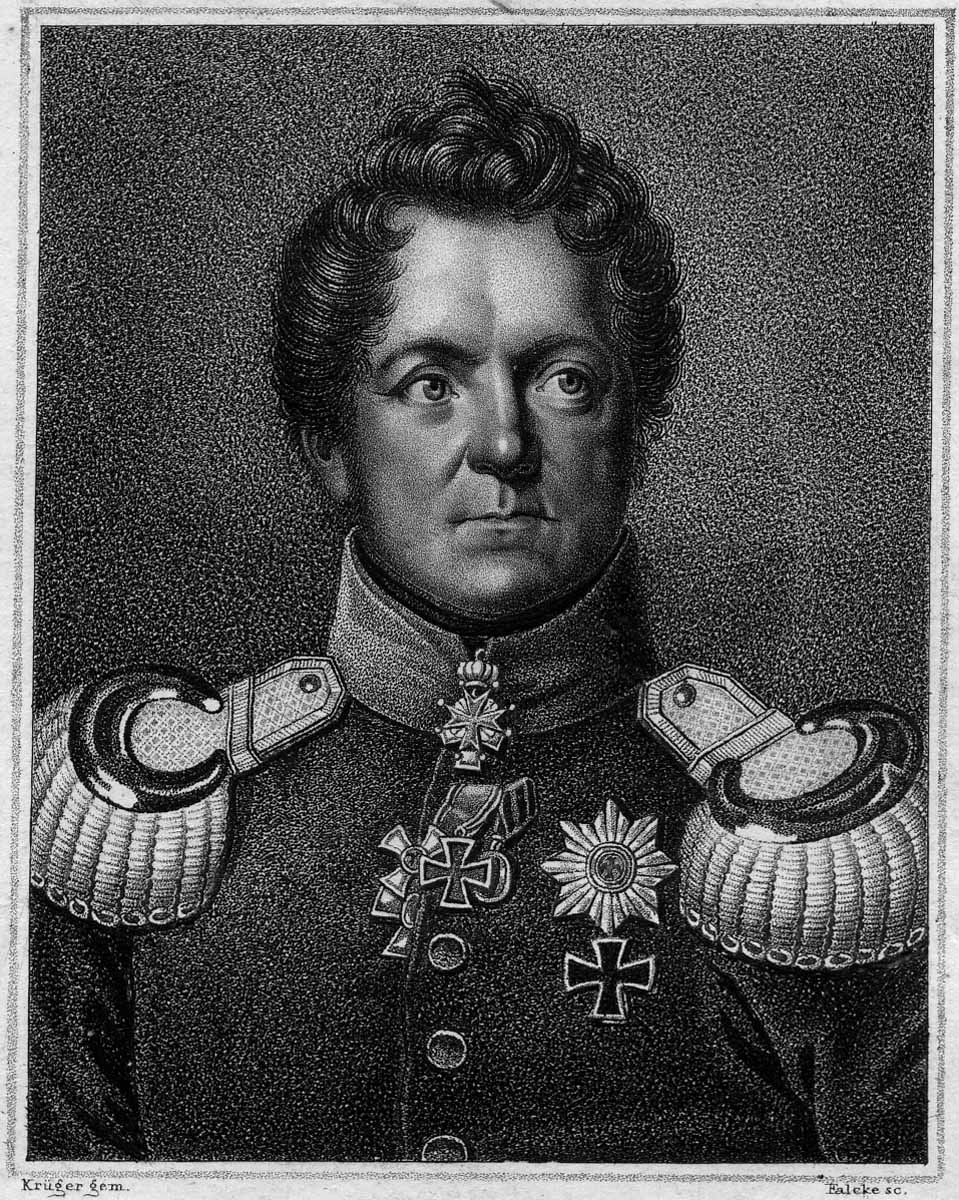 The ''badge'' of the Order is a white-enamelled Maltese Cross, in silver for the 4th Class and in Gilding, gilt for higher classes; a green enamelled Burgundy Cross appears between the arms of the Maltese Cross. The obverse bears a golden firesteel at the centre, and the motto ''Voor Moed – Beleid – Trouw'' (For Bravery – Leadership – Loyalty) on the arms of the Maltese Cross. Both the Burgundy Cross and the firesteel were symbols of the House of Valois-Burgundy during their lordship of the Netherlands and probably are meant to recall its crucial unifying role in the history of the Netherlands. The reverse central disc bears a crowned monogram "W" (for William I of the Netherlands, King William I) surrounded by a laurel wreath. The badge hangs from a royal crown. The ''star'' of the Grand Cross is a silver, 8-pointed star with straight rays; the obverse of the badge of the Order, minus the crown, appears at its centre. The ''breast cross'' of the Commander is completely identical to the obverse of the badge of the Order. The ''ribbon'' of the Order is orange (Royal House of Orange) with blue (Nassau-blue) stripes near the border.

The oath to be taken by the accolade to the Military Order of William states: "I swear that I shall conduct myself as a faithful and valiant Knight, to stand ever ready to defend King and Country with my Life, and with all my Powers to always strive to be worthy of this Distinction, which the King has bestowed upon me. So help me God almighty." 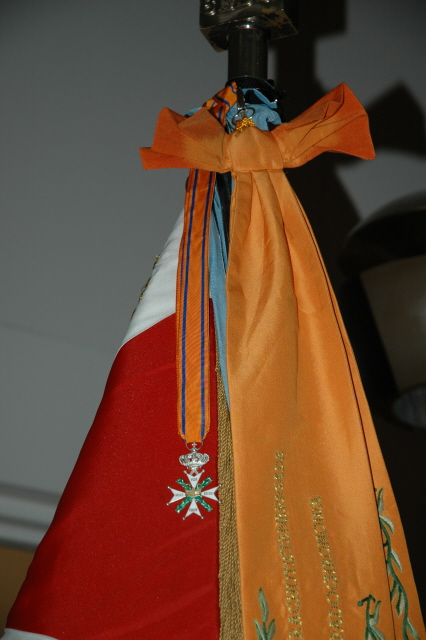