McHenry County is a county located in the U.S. state of Illinois. According to the 2010 census, it had a population of 308,760, making it the sixth-most populous county in Illinois. Its county seat is Woodstock. McHenry County is one of the five collar counties of the Chicago-Naperville-Elgin, IL-IN-WI Metropolitan Statistical Area. Long known as a center of recreation along with agriculture in the western portion, it has more recently experienced rapid rates of suburbanization, exurbanization and urbanization, but the western portions of the county remain primarily agricultural and rural.

McHenry County was formed in 1836 out of Cook and LaSalle counties. The county was named for Major William McHenry, a member of the Illinois Militia during Tecumseh's War, a major during the Blackhawk War in 1832, and a member of the Illinois House of Representatives and Senate. He died in Vandalia in 1835. McHenry County originally stretched all the way east to Lake Michigan, with the county seat centrally in McHenry, but in 1839, the eastern townships of the county were carved out to form Lake County.

According to the U.S. Census Bureau, the county has a total area of , of which is land and (1.3%) is water.

In recent years, average temperatures in the county seat of Woodstock have ranged from a low of in January to a high of in July, although a record low of was recorded in January 1979 and a record high of was recorded in July 1936. Average monthly precipitation ranged from in February to in June. McHenry County is like much of the Upper Midwest, as it usually sees hot, humid summers, and cold, snowy winters. The county is notably susceptible to high wind events, blizzards, severe thunderstorms, tornadoes, and flooding. Some of the most notable weather events in the county include the 1965 Palm Sunday tornado outbreak, the Blizzard of 1967, the 1967 Belvidere - Oak Lawn tornado outbreak, the Blizzard of 1979, the Flood of 1996, the Blizzard of 1999, the Early Winter 2006 North American Storm Complex, the 2007 Midwest flooding event, the January 2008 tornado outbreak sequence, and the Blizzard of 2011.

McHenry County government is based primarily out of Woodstock, the county seat. The McHenry County Government Center, located on the north end of Woodstock along Illinois Route 47, features county offices as well as judicial facilities. The current Sheriff of McHenry County, Illinois is Bill Prim, who was first elected in 2014.

As a primarily outer suburban and exurban area, McHenry County has voted for the Republican candidate for President in all but two elections since 1880, the first being when “Bull Moose” candidate and former Republican president Theodore Roosevelt won the county in 1912. Recent elections in 2004 and 2000 saw George W. Bush capture 59.72% and 58.5% of the county vote, respectively. In 2008, Democrat Barack Obama, then a Senator from Illinois, captured McHenry County with 52% of the vote—the first time a Democrat had carried the county since 1852. In the 2012 presidential election, Obama only received 44% of the vote whereas Republican Mitt Romney captured 53% of the vote. In the 2016 presidential election, Republican Donald Trump received 50% of the vote whereas Democratic Hillary Clinton received 42% of the vote. Interestingly, no person with significant ties to McHenry County has ever been elected to the United States Congress or Illinois governorship. The mother of U.S. President Gerald Ford, Dorothy Ayer Gardner, was born in Harvard in 1892.

McHenry County College, a growing community college established in 1967, serves the majority of county residents. The college includes 2,000 full-time students and 5,800 part-time students. The main campus is located on the northwest side of Crystal Lake, along U.S. Route 14. Secondary facilities exist in Crystal Lake and McHenry. McHenry County also includes dozens of school districts. This is a list of high schools that can be found in the county: Students in McHenry County may also be zoned into schools in other counties, such as Dundee-Crown High School in neighboring Carpentersville.

Much of McHenry County's economy centers around manufacturing, metalworking, media development and printing, transportation equipment, agriculture, health care, education, retail, food production, distribution, and technology. Gravel mining makes up a sizable portion of the country's economy. The major employment centers can be found in Crystal Lake, Algonquin, Huntley, McHenry, and Woodstock. The southern portions of the county are within the scope of the Golden Corridor, the region of commerce along the Jane Addams Memorial Tollway.

The county is known for its wide variety of shopping options. McHenry, Crystal Lake, and Algonquin/Lake in the Hills have established themselves as major retail areas, all featuring an array of big box stores, specialty stores, and restaurants. While there are no major malls located within the county, several lie just outside its borders: the lifestyle centers Algonquin Commons and Algonquin Galleria, and the regional indoor mall Spring Hill Mall in West Dundee. In addition, several historic downtowns throughout the county offer unique shops and eateries in charming environments. The Woodstock Square Historic District, antique shops in Richmond and Hebron, downtown Crystal Lake and downtown Algonquin, and shops in other historic downtowns throughout the county accommodate residents and tourists alike. McHenry's Green Street is also a major attraction in the county. 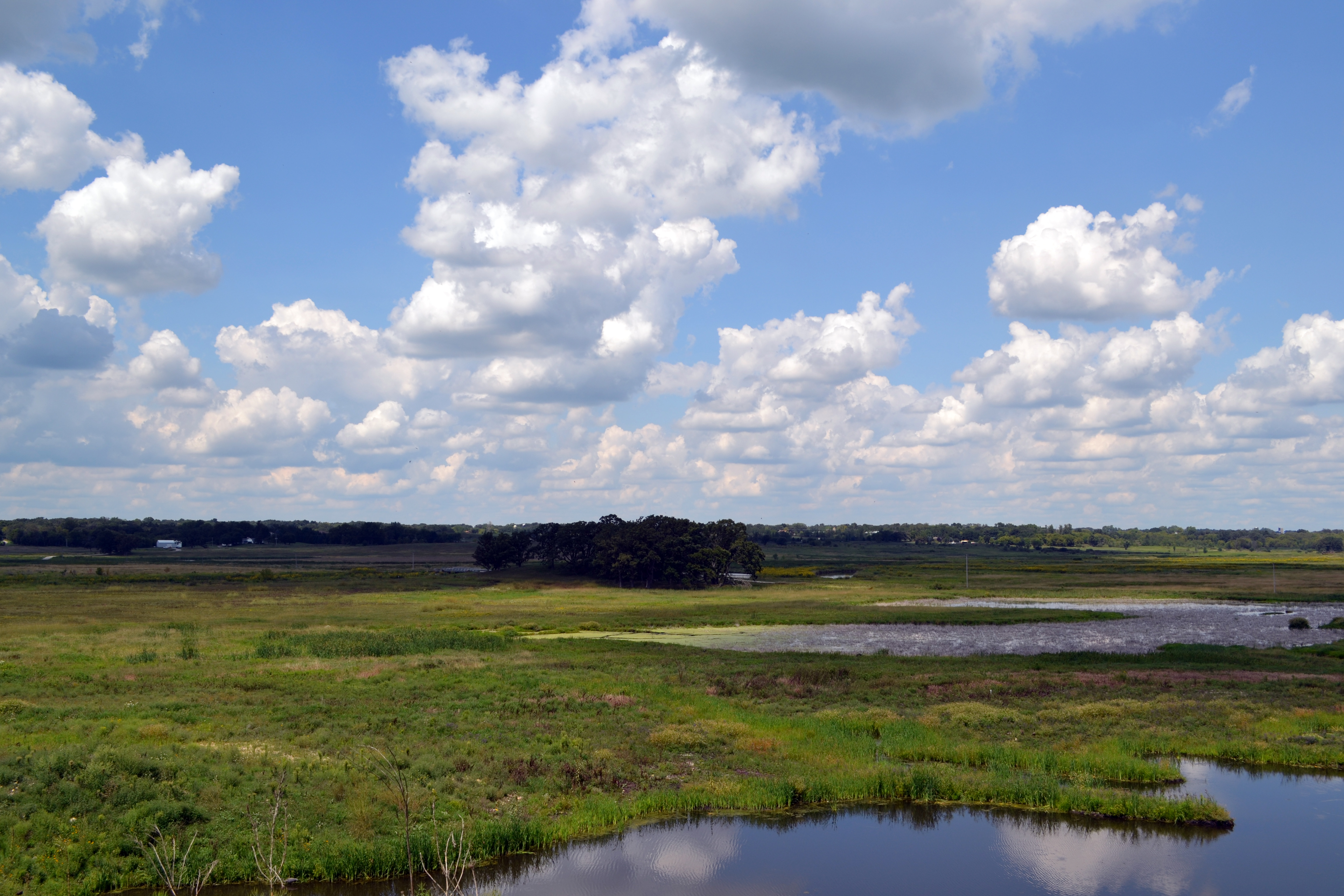 The entire county is served by the McHenry County Conservation District, which preserves sensitive land throughout the county and provides recreational opportunities for residents. The District also operates the McHenry County Prairie Path, a regional bike path that extends from the Wisconsin State Line in Richmond southward to Algonquin, where the path connects with the Fox River Bike Trail, which continues south to Aurora. In addition, the Fox River, Kishwaukee River and Chain O'Lakes provide immense opportunities for boating, fishing, swimming, and other water activities. Moraine Hills State Park and Chain O' Lakes State Park are both located in the county, adjacent to the waterway. Other major lakes in the county include Crystal Lake, Wonder Lake, and McCullom Lake. There are also dozens of parks, golf courses, and country clubs throughout the county. Major skiing areas include Nordic Ski Jump in Fox River Grove and Buffalo Snowboarding Park in Algonquin. In addition, the Windy City Balloon Port in Fox River Grove offers hot air balloon rides over the Fox River Valley. In 2012, the Hackmatack National Wildlife Refuge was established and encompasses parts of McHenry County.

McHenry County has an active art and theater scene. The historic Woodstock Opera House and Crystal Lake's Raue Center for the Arts both provide exceptional programs. In addition, Algonquin is noted for its Public Art Program, which showcases artwork year-round throughout the community. The county is also ideal for photography and filming. Much of the filming for the 1993 movie ''Groundhog Day'' took place in Woodstock. There are also several important points of interest in the county including the Illinois Railway Museum and McHenry County Historical Museum in Union, the Old McHenry County Courthouse in Woodstock, and a variety of historical homes including the Orson Rogers House, George Stickney House, Charles H. Hibbard House, the Terwilliger House, the Count's House, and the Dole Mansion. Throughout the year are a variety of festivals throughout the county, the centerpiece of which is the McHenry County Fair, occurring during a week in August in Woodstock. Many towns also have their own festivals throughout the year. Some of the most notable ones are the Ground Hog Days and the Great Lake Steelpan Festival in Woodstock, Fall Fest in Huntley, the Summer Sunset Festival in Lake in the Hills, the Lakeside Festival in Crystal Lake, Milk Days in Harvard, Settler's Days in Marengo, Cary Days in Cary, Founders Days in Algonquin, and Fiesta Days in McHenry.

McHenry County is also served by Metra Rail, which provides daily commuter service to and from downtown Chicago. There are seven stations in the county, all of them located along the Union Pacific/Northwest Line. The county is also served by Pace, which provides five fixed bus routes (550, 806, 807, 808, and 809), and MCRide Dial-A-Ride transit service operated by Pace and First Transit.

McHenry County is entirely within the scope of the Chicago media market and the majority of the county relies primarily on Chicago television stations, radio stations, and newspapers for the source of its news and information. Certain sections of the county, particularly the rural far northern and far western parts, are also within the scope of the Milwaukee and Rockford media markets, respectively. The county does have an FM radio station, WZSR (Star 105.5 FM), which plays mostly adult contemporary and pop music. WZSR is based out of Crystal Lake. The ''Northwest Herald'', with a circulation of almost 39,000, is the county's primary newspaper, serving the greater McHenry County area, and printed and published in Crystal Lake. The county is also served by the larger Chicago newspapers ''Chicago Tribune'', ''Chicago Sun-Times'', and the suburban-focused newspaper ''The Daily Herald''. ''McHenry County Living'', a bimonthly lifestyle magazine serving the county, also reaches tens of thousands of area residents and businesses. There are also several weekly publications throughout the county, focusing on the individual municipalities. In western McHenry County, ''The Marengo-Union Times'' is the publication of record serving the Marengo and Union area. It is mailed to every home, apartment, and business in the 60152 and 60180 zip codes, with additional distribution to local stores and restaurants. The entire print editions can be read on The Marengo-Union Times website, marengo-uniontimes.com.

The Land Conservancy of McHenry County