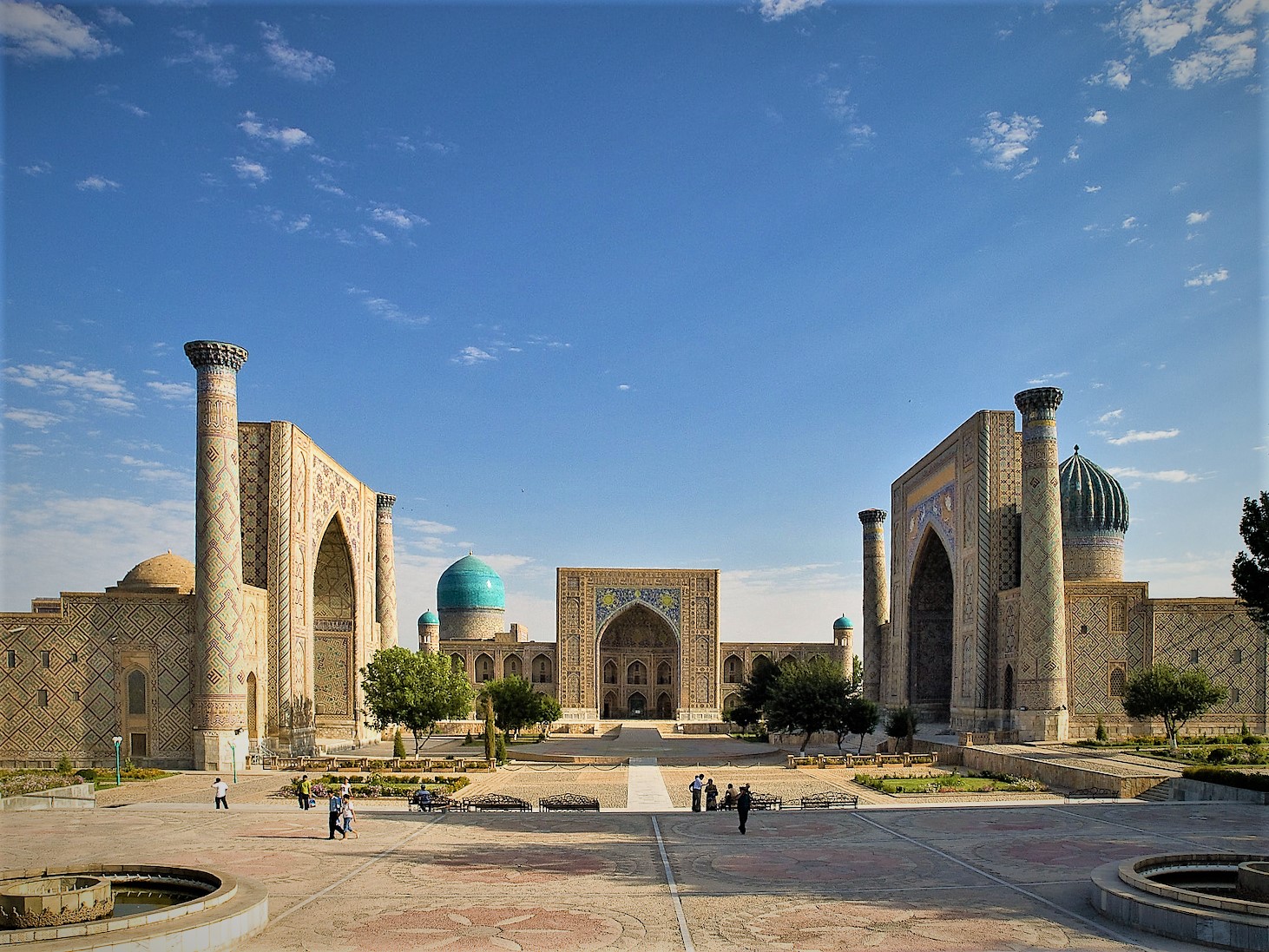 Madrasa (, also , ; Arabic: مدرسة , pl. , ) is the Arabic word for any type of educational institution, secular or religious (of any religion), whether for elementary instruction or higher learning. The word is variously transliterated ''madrasah'', ''medresa'', ''madrassa'', ''madraza'', ''medrese'', etc. In countries outside the Arab world, the word usually refers to a specific type of religious school or college for the study of the religion of Islam, though this may not be the only subject studied. In an architectural and historical context, the term generally refers to a particular kind of institution in the historic Muslim world which primarily taught Islamic law and jurisprudence (''fiqh''), as well as other subjects on occasion. The origin of this type of institution is widely credited to Nizam al-Mulk, a vizier under the Seljuks in the 11th century, who was responsible for building the first network of official madrasas in Iran, Mesopotamia, and Khorasan. From there, the construction of madrasas spread across much of the Muslim world over the next few centuries, often adopting similar models of architectural design.

The word ' derives from the triconsonantal Semitic root د-ر-س ''D-R-S'' 'to learn, study', using the ''wazn'' (morphological form or template) ; , meaning "a place where something is done". Thus, ' literally means "a place where learning and studying take place" or "place of study". The word is also present as a loanword with the same general meaning in many Arabic-influenced languages, such as: Urdu, Punjabi, Bengali, Pashto, Baluchi, Persian, Turkish, Azeri, Kurdish, Indonesian, Somali and Bosnian.

In the Arabic language, the word ' simply means the same as ''school'' does in the English language, whether that is private, public or parochial school, as well as for any primary or secondary school whether Muslim, non-Muslim, or secular. Unlike the use of the word ''school'' in British English, the word ' more closely resembles the term ''school'' in American English, in that it can refer to a university-level or post-graduate school as well as to a primary or secondary school. For example, in the Ottoman Empire during the Early Modern Period, madrasas had lower schools and specialised schools where the students became known as ''danişmends''. In medieval usage, however, the term ''madrasah'' was usually specific to institutions of higher learning, which generally taught Islamic law and occasionally other subjects, as opposed to elementary schools or children's schools, which were usually known as ''kuttāb'' or ''maktab''. The usual modern Arabic word for a university, however, is '' ()''. The Hebrew cognate ''midrasha'' also connotes the meaning of a place of learning; the related term ''midrash'' literally refers to study or learning, but has acquired mystical and religious connotations.


Meaning and usage in English

In English, the term ' or "madrasa" usually refers more narrowly to Islamic institutions of learning. Historians and other scholars also employ the term to refer to historical ''madrasah'' institutions throughout the Muslim world, which is to say a college where Islamic law was taught along with other secondary subjects. These institutions were typically housed in specially designed buildings which were primarily devoted to this purpose. Such institutions are believed to have originated, or at least proliferated, in the region of Iran in the 11th century under vizier Nizam al-Mulk and subsequently spread to other regions of the Islamic world. 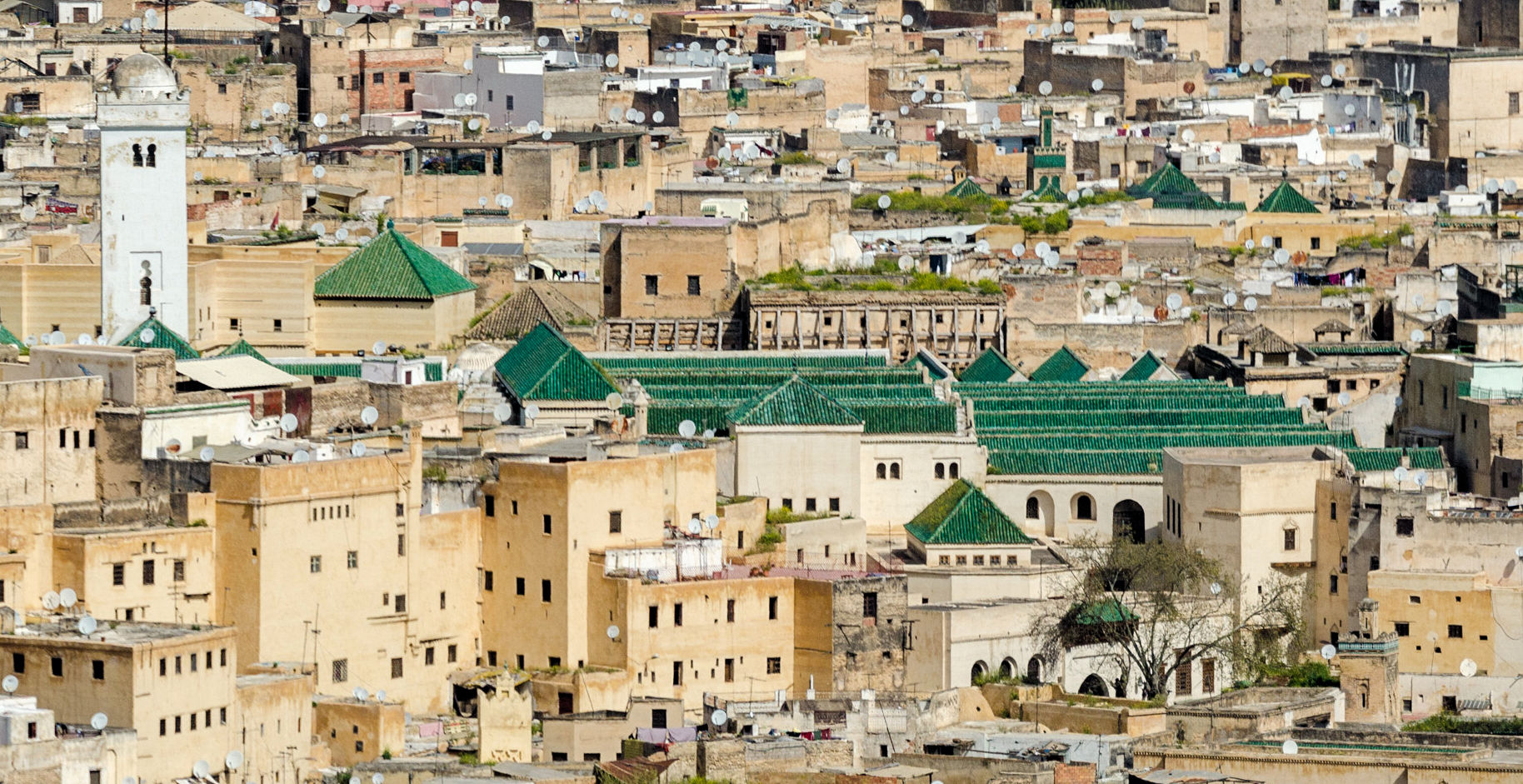 The first institute of madrasa education was at the estate of Zaid bin Arkam near a hill called Safa, where Muhammad was the teacher and the students were some of his followers. After Hijrah (migration) the madrasa of "Suffa" was established in Madina on the east side of the Al-Masjid an-Nabawi mosque. Ubada ibn as-Samit was appointed there by Muhammad as teacher and among the students. In the curriculum of the madrasa, there were teachings of The Qur'an, The Hadith, fara'iz, tajweed, genealogy, treatises of first aid, etc. There was also training in horse-riding, the art of war, handwriting and calligraphy, athletics and martial arts. The first part of madrasa-based education is estimated from the first day of "nabuwwat" to the first portion of the Umayyad Caliphate. At the beginning of the Caliphate period, the reliance on courts initially confined sponsorship and scholarly activities to major centres. In the early history of the Islamic period, teaching was generally carried out in mosques rather than in separate specialized institutions. Although some major early mosques like the Great Mosque of Damascus or the Mosque of Amr ibn al-As in Cairo had separate rooms which were devoted to teaching, this distinction between "mosque" and "madrasa" was not very present. Notably, the al-Qarawiyyin (''Jāmiʻat al-Qarawīyīn''), established in 859 in the city of Fes, present-day Morocco, is considered the oldest university in the world by some scholars, though the application of the term "university" to institutions of the medieval Muslim world is disputed. According to tradition, the al-Qarawiyyin mosque was founded by ', the daughter of a wealthy merchant named . This was later followed by the Fatimid establishment of al-Azhar Mosque in 969–970 in Cairo, initially as a center to promote Isma'ili teachings, which later became a Sunni institution under Ayyubid rule (today's Al-Azhar University).


The development of the formal ''madrasah''

thumbnail|Çifte Minareli Medrese in Erzurum,_[[Turkey_built_in_the_13th_century.html" style="text-decoration: none;"class="mw-redirect" title="Turkey.html" style="text-decoration: none;"class="mw-redirect" title="Erzurum, Erzurum,_[[Turkey_built_in_the_13th_century">alt= In_the_late_11th_century,_during_the_late_[Erzurum,_[[Turkey_built_in_the_13th_century">alt= In_the_late_11th_century,_during_the_late_[[Abbasid">ʻAbbāsid_period,_the_[[Seljuk_dynasty.html" style="text-decoration: none;"class="mw-redirect" title="bbasid.html" style="text-decoration: none;"class="mw-redirect" title="Turkey">Erzurum, alt= In_the_late_11th_century,_during_the_late_[[Abbasid">ʻAbbāsid_period,_the_[[Seljuk_dynasty">Seljuk_vizier_alt= In_the_late_11th_century,_during_the_late_[[Abbasid">ʻAbbāsid_period,_the_[[Seljuk_dynasty">Seljuk_vizier_[[Nizam_al-Mulk">_created_one_of_the_first_major_official_academic_institutions_known_in_history_as_the_alt= In_the_late_11th_century,_during_the_late_[[Abbasid">ʻAbbāsid_period,_the_[[Seljuk_dynasty">Seljuk_vizier_[[Nizam_al-Mulk">_created_one_of_the_first_major_official_academic_institutions_known_in_history_as_the_[[Nizamiyyah">,_based_on_the_informal_'_(sessions_of_the_shaykhs)._,_who_would_later_be_murdered_by_the_[[Assassins_(sect).html" style="text-decoration: none;"class="mw-redirect" title="Nizamiyyah.html" style="text-decoration: none;"class="mw-redirect" title="Nizam_al-Mulk.html" style="text-decoration: none;"class="mw-redirect" title="Turkey built in the 13th century">alt= In the late 11th century, during the late [[Abbasid">ʻAbbāsid period, the [[Seljuk dynasty">Seljuk vizier [[Nizam al-Mulk"> created one of the first major official academic institutions known in history as the [[Nizamiyyah">, based on the informal ' (sessions of the shaykhs). , who would later be murdered by the [[Assassins (sect)">Assassins ('), created a system of state madrasas (in his time they were called the Niẓāmiyyahs, named after him) in various Seljuk and ʻAbbāsid cities at the end of the 11th century, ranging from [[Mesopotamia to [[Greater Khorasan|Khorasan. Although madrasa-type institutions appear to have existed in Iran before Nizam al-Mulk, this period is nonetheless considered by many as the starting point for the proliferation of the formal ''madrasah'' across the rest of the Muslim world, adapted for use by all four different Sunni Islamic legal schools and Sufi orders. Part of the motivation for this widespread adoption of the madrasah by Sunni rulers and elites was a desire to counter the influence and spread of Shi'ism at the time, by using these institutions to spread Sunni teachings. Dimitri Gutas and the ''Stanford Encyclopedia of Philosophy'' consider the period between the 11th and 14th centuries to be the "Golden Age" of Arabic and Islamic philosophy, initiated by al-Ghazali's successful integration of logic into the curriculum and the subsequent rise of Avicennism. In addition to religious subjects, they sometimes taught the "rational sciences," as varied as mathematics, astronomy, astrology, geography, alchemy, philosophy, magic, and occultism, depending on the curriculum of the specific institution in question. The madrasas, however, were not centres of advanced scientific study; scientific advances in Islam were usually carried out by scholars working under the patronage of royal courts. During the Islamic Golden Age, the territories under the Caliphate experienced a growth in literacy, having the highest literacy rate of the Middle Ages, comparable to classical Athens' literacy in antiquity but on a much larger scale. The emergence of the maktab and madrasa institutions played a fundamental role in the relatively high literacy rates of the medieval Islamic world.

Under the Anatolian Seljuk, Ayyubid, and Mamluk dynasties (11th-16th centuries) in the Middle East, many of the ruling elite founded madrasas through a religious endowment known as the ''waqf''. Not only was the madrasa a potent symbol of status for its patrons but it could also be an effective means of transmitting wealth and status to their descendants. Especially during the Mamluk period, when only former slaves (''mamālīk'') could assume power, the sons of the ruling Mamluk elites were unable to inherit. Guaranteed positions within the new madrasas (and other similar foundations) thus allowed them to maintain some status and means of living even after their fathers' deaths. Madrasas built in this period include the monumental Mosque- of Sultan in Cairo, as well as numerous other madrasas, often associated with the mausoleums of their founders. By the late 13th century, the first madrasas were being built in Morocco under the Marinid dynasty, starting with the Saffarin Madrasa in Fes (founded in 1271) and culminating with much larger and more ornate constructions like the Bou Inania Madrasa (founded in 1350). During the Ottoman period the ''medrese'' (Turkish word for ''madrasah'') was a common institution as well, often part of a larger ''külliye'' or a ''waqf''-based religious foundation which included other elements like a mosque and a ''hammam'' (public bathhouse). The following excerpt provides a brief synopsis of the historical origins and starting points for the teachings that took place in the Ottoman madrasas in the Early Modern Period:


Islamic education in the madrasa

The term "Islamic education" means education in the light of Islam itself, which is rooted in the teachings of the Qur'an - the holy book of the Muslims. Islamic education and Muslim education are not the same. Because Islamic education has epistemological integration which is founded on Tawhid - Oneness or monotheism. A typical Islamic school usually offers two courses of study: a ' course teaching memorization of the Qur'an (the person who commits the entire Qur'an to memory is called a ); and an course leading the candidate to become an accepted scholar in the community. A regular curriculum includes courses in Arabic, ''tafsir'' (Qur'anic interpretation), (Islamic law), hadiths (recorded sayings and deeds of Muhammad), mantiq (logic), and Muslim history. In the Ottoman Empire, during the Early Modern Period, the study of hadiths was introduced by Süleyman I. Depending on the educational demands, some madrasas also offer additional advanced courses in Arabic literature, English and other foreign languages, as well as science and world history. Ottoman madrasas along with religious teachings also taught "styles of writing, grammar, syntax, poetry, composition, natural sciences, political sciences, and etiquette." People of all ages attend, and many often move on to becoming imams. The certificate of an ''ʻālim'', for example, requires approximately twelve years of study. A good number of the ''ḥuffāẓ'' (plural of ''ḥāfiẓ'') are the product of the madrasas. The madrasas also resemble colleges, where people take evening classes and reside in dormitories. An important function of the madrasas is to admit orphans and poor children in order to provide them with education and training. Madrasas may enroll female students; however, they study separately from the men. 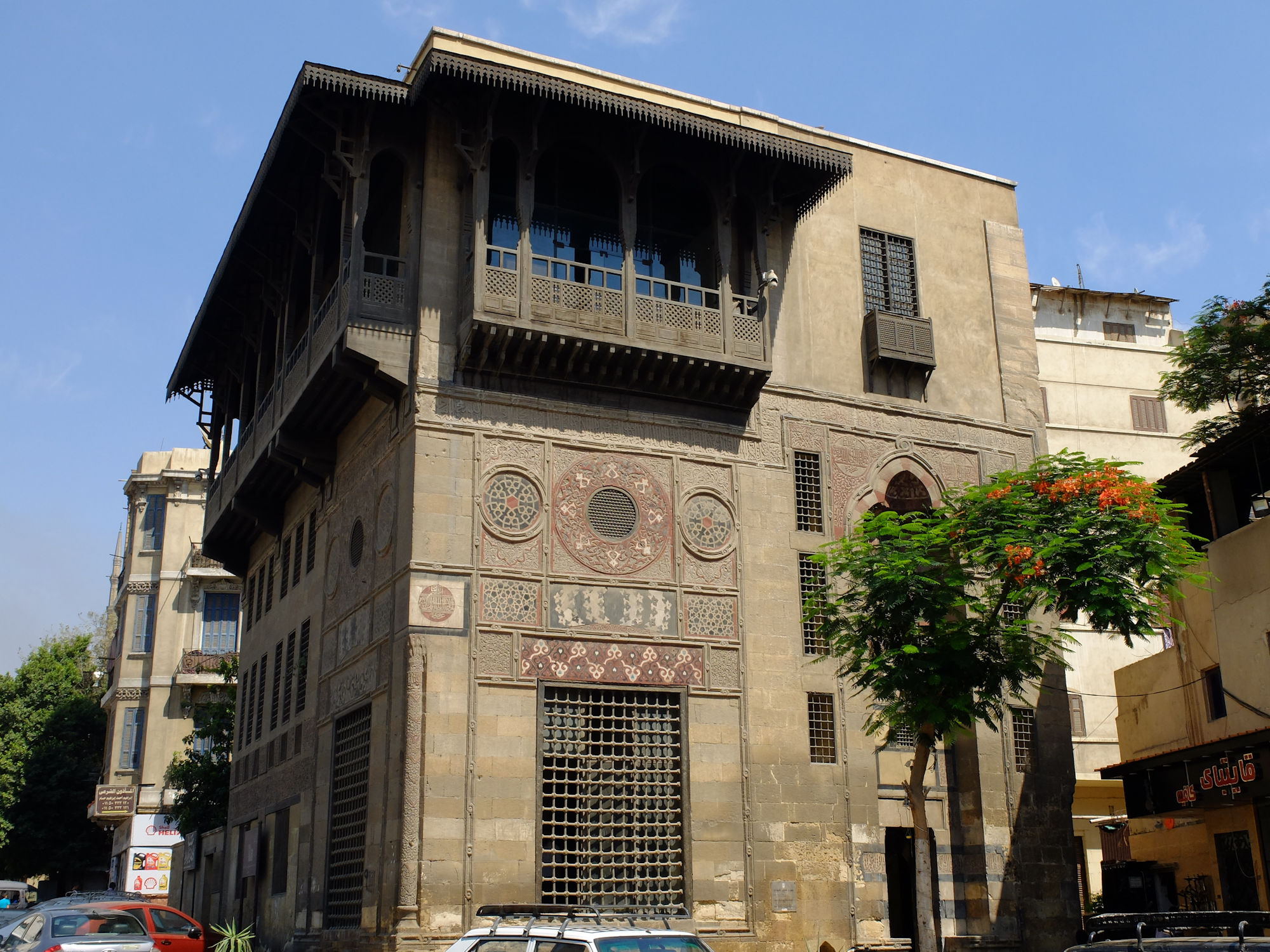 In the medieval Islamic world, an elementary school (for children or for those learning to read) was known as a 'kuttāb' or '. Their exact origin is uncertain, but they appear to have been already widespread in the early Abbasid period (8th-9th centuries) and may have played an early role in socializing new ethnic and demographic groups into the Islamic religion during the first few centuries after the Arab-Muslim conquests of the region. Like madrasas (which referred to higher education), a was often attached to an endowed mosque. In the 11th century, the famous Persian Islamic philosopher and teacher (known as ''Avicenna'' in the West), in one of his books, wrote a chapter about the ' entitled "The Role of the Teacher in the Training and Upbringing of Children," as a guide to teachers working at ' schools. He wrote that children can learn better if taught in classes instead of individual tuition from private tutors, and he gave a number of reasons for why this is the case, citing the value of competition and emulation among pupils, as well as the usefulness of group discussions and debates. described the curriculum of a ' school in some detail, describing the curricula for two stages of education in a ' school.

wrote that children should be sent to a ' school from the age of 6 and be taught primary education until they reach the age of 14. During which time, he wrote, they should be taught the Qur'an, Islamic metaphysics, Arabic, literature, Islamic ethics, and manual skills (which could refer to a variety of practical skills).