The Luo are several ethnically and linguistically related Nilotic ethnic groups that inhabit an area ranging from Egypt and Sudan to South Sudan and Ethiopia, through Northern Uganda and eastern Congo (DRC), into western Kenya, and the Mara Region of Tanzania. Their Luo languages belong to the western branch of the Nilotic language family. The Luo groups in South Sudan include the Shilluk, Anuak, Pari, Acholi, Balanda Boor, Thuri and Luwo. Those in Uganda include the Alur, Acholi, Kumam, Lango and Padhola. The ones in Kenya and Tanzania are the Joluo (also called Luo in Kenyan English). The Joluo and their language Dholuo are also known as the "Luo proper", even though their dialect has more Bantu loan words than the rest. The level of historical separation between these groups is estimated at about eight centuries. Dispersion from the Nilotic homeland in South Sudan was presumably triggered by the turmoil of the Muslim conquest of Sudan. The migration of individual groups over the last few centuries can to some extent be traced in the respective group's oral history. 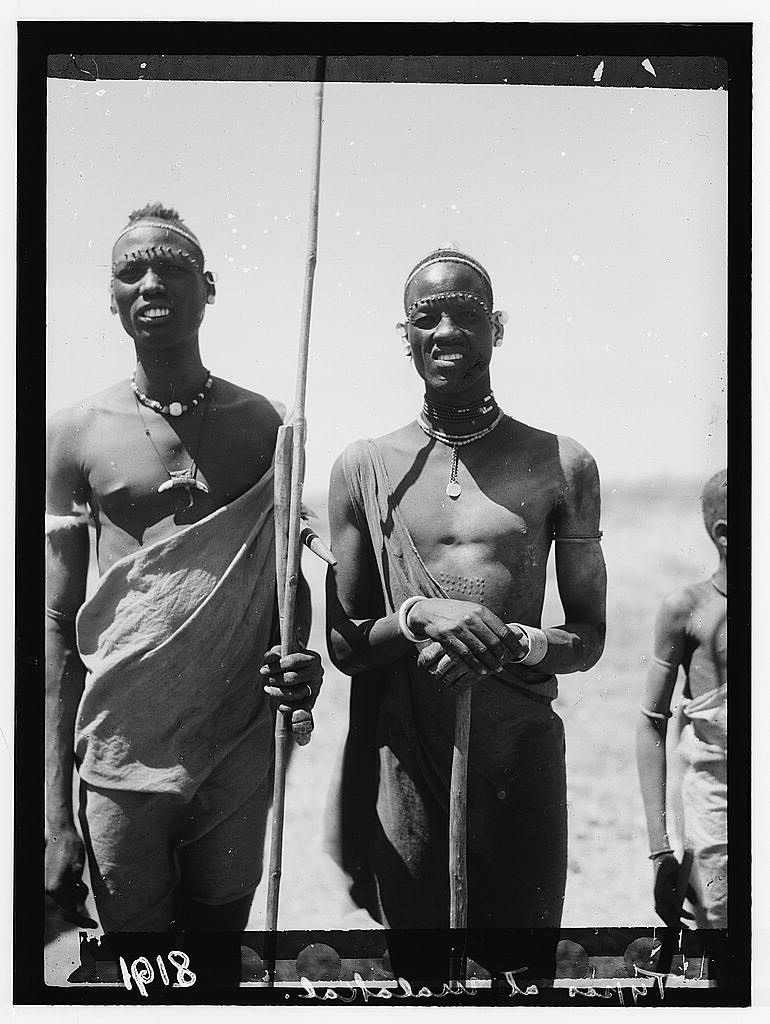 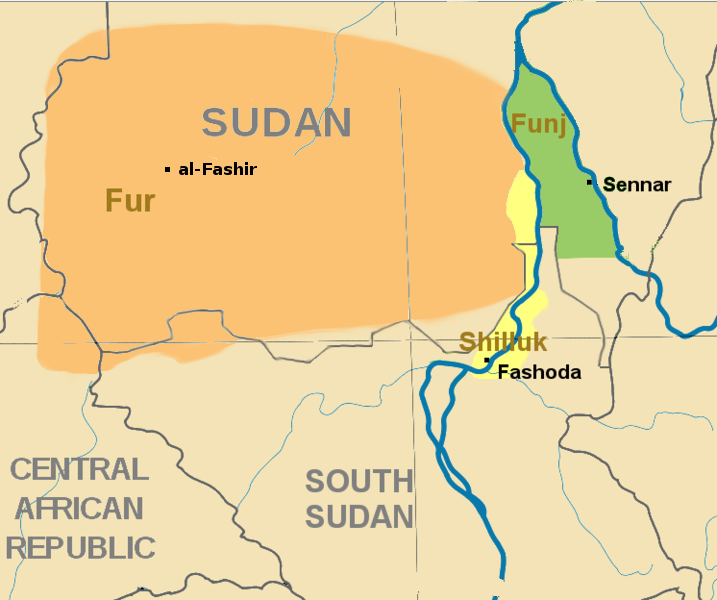 The Luo are part of the Nilotic group of people. The Nilotes had separated from the other members of the East Sudanic family by about the 3rd millennium BC. Within Nilotic, Luo forms part of the Western group. Within Luo, a Northern and a Southern group is distinguished. Dholuo is part of the Southern Luo group. Northern Luo is mostly spoken in South Sudan, while Southern Luo groups migrated south from the Bahr el Ghazal area in the early centuries of the second millennium AD (about eight hundred years ago). A further division within the Northern Luo is recorded in a "widespread tradition" in Luo oral history: the foundational figure of the Shilluk (or Chollo) nation was a chief named ''Nyikango'', dated to about the mid-15th century. After a quarrel with his brother, he moved northward along the Nile and established a feudal society. The Pari people descend from the group that rejected Nyikango.

The Anuak are a Luo people whose villages are scattered along the banks and rivers of the southwestern area of Ethiopia, with others living directly across the border in South Sudan. The name of these people is also spelled Anyuak, Agnwak, and Anywaa. The Anuak of South Sudan lives in a grassy region that is flat and virtually treeless. During the rainy season, this area floods, so that much of it becomes swampland with various channels of deep water running through it. The Anuak who live in the lowlands of Gambela are distinguished by the color of their skin and their facial features and are considered to be Nilotic Africans. The Ethiopian peoples of the highlands are nearly entirely made up of Afro-Asiatic (Semitic, Cushitic, and Omotic) speaking ethnicities, and have distinctly different facial features and generally have a lighter skin color as well. The Anuak have accused the current Ethiopian government and dominant highlands people of committing genocide against them. The government's oppression has affected the Anuak's access to education, health care, and other basic services, as well as limiting opportunities for the development of the area. The Acholi, another Luo people in South Sudan, occupy what is now called Magwi County in Eastern Equatorial State. They border the Uganda Acholi of Northern Uganda. The South Sudan Acholi numbered about 10,000 on the 2008 population Census.

upright|thumb|Acholi man in South Sudan In the 1500's, a small group of Luo known as the Biito-Luo, led by Chief Labongo (his full title became Isingoma Labongo Rukidi, also known as Mpuga Rukidi), encountered Bantu-speaking peoples living in the area of Bunyoro. These Luo settled with the Bantu and established the Babiito dynasty, replacing the Bachwezi dynasty of the Empire of Kitara. According to Bunyoro legends, Labongo, the first in the line of the Babiito kings of Bunyoro-Kitara, was the twin brother of Kato Kimera, the first king of Buganda. These Luo were assimilated into the Bantu's society and lost their language and culture. Later in the 16th century, other Luo-speaking people moved to the area that encompasses present-day South Sudan, Northern Uganda, and North-Eastern Congo (DRC) – forming the Alur, Jonam and Acholi. Conflicts developed when they encountered the Lango, who had been living in the area north of Lake Kyoga. The Lango also speak a Luo language. According to Driberg (1923), the Lango reached the eastern province of Uganda (Otuke Hills), having traveled southeasterly from the Shilluk area. The Lango language is similar to the Shilluk language. There is no consensus as to whether the Lango share ancestry with the Luo (with whom they share a common language), or if they have closer ethnic kinship with their easterly Ateker neighbours, with whom they share many cultural traits. Between the middle of the 16th century and the beginning of the 17th century, some Luo groups proceeded eastwards. One group called Padhola (or ''Jopadhola'' - people of Adhola), led by a chief called Adhola, settled in Budama in Eastern Uganda. They settled in a thickly forested area as a defence against attacks from Bantu neighbours who had already settled there. This self-imposed isolation helped them maintain their language and culture amidst Bantu and Ateker communities. Those who went further a field were the Jo k'Ajok and Jo k'Owiny. The Ajok Luo moved deeper into the Kavirondo Gulf; their descendants are the present-day Jo Kisumo and Jo Karachuonyo amongst others. Jo k'Owiny occupied an area near Got Ramogi or Ramogi hill in Alego of Siaya district. The Owiny's ruins are still identifiable to this day at Bungu Owiny near Lake Kanyaboli. The other notable Luo group is the Omolo Luo who inhabited Ugenya and Gem areas of Siaya district. The last immigrants were the Jo Kager, who are related to the Omollo Luo. Their leader Ochieng Waljak Ger used his advanced military skill to drive away the Omiya or Bantu groups, who were then living in present-day Ugenya around 1750AD.

Between about 1500 and 1800, other Luo groups crossed into present-day Kenya and eventually into present-day Tanzania. They inhabited the area on the banks of Lake Victoria. According to the Joluo, a warrior chief named Ramogi Ajwang led them into present-day Kenya about 500 years ago. As in Uganda, some non-Luo people in Kenya have adopted Luo languages. A majority of the Bantu Suba people in Kenya speak Dholuo as a first language and have largely been assimilated. The Luo in Kenya, who call themselves ''Joluo'' (aka ''Jaluo'', "people of Luo"), are the fourth largest community in Kenya after the Kikuyu, Luhya and Kalenjin. In 2017 their population was estimated to be 6.1 million. In Tanzania they numbered (in 2010) an estimated 1,980,00

The Luo in Kenya and Tanzania call their language Dholuo language|Dholuo, which is mutually intelligible (to varying degrees) with the languages of the Lango, Kumam, and Padhola of Uganda, Acholi of Uganda and South Sudan, and Alur of Uganda and Congo. The Luo (or Joluo) are traditional fishermen and practice fishing as their main economic activity. Other cultural activities included wrestling (yii or dhao) for the young boys aged 13 to 18 in their age sets. Their main rivals in the 18th century were the Lango, the Highland Nilotes, who traditionally engaged them in fierce bloody battles, most of which emanated from the stealing of their livestock. The Luo people of Kenya are nilotes and are related to the Nilotic people. The Luo people of Kenya are the fourth largest community in Kenya after the Kikuyu and, together with their brethren in Tanzania, form the second-largest single ethnic group in East Africa. This includes peoples who share Luo ancestry and/or speak a Luo language. *Acholi (Uganda, South Sudan, Kenya) *Lango (Uganda, South Sudan) *Alur (Uganda and DRC) *Anuak (Ethiopia and South Sudan) *Blanda Boore (South Sudan) *Jopadhola (Uganda) *Jumjum (South Sudan) *Jur Beli (South Sudan) *Kumam (Uganda) *Joluo (Kenya and Tanzania) *Luwo (South Sudan) *Pari (South Sudan) *Shilluk (South Sudan) *Thuri (South Sudan) *Balanda Boor (South Sudan) *Cope/Paluo people (Uganda)


Re-introducing the "People Without History"