Leighton Buzzard ( ) is a market town in Bedfordshire, England, near the Chiltern Hills and lying between Aylesbury, Tring, Dunstable and Milton Keynes. Located northwest from Central London, the town is linked to the capital by the Grand Union Canal and the West Coast Main Line to Euston railway station, London Euston. Situated on the River Ouzel, in the southwest of the county and close to the Buckinghamshire border, it adjoins Linslade. Leighton Buzzard is now a commuter town within the London commuter belt.

It is unclear when the town was initially founded, although some historians believe that there may have been settlement in the area from as early as 571. There are a number of theories concerning the derivation of the town's name; "Leighton" came from Old English ''Lēah-tūn'', meaning 'farm in a clearing in the woods', and "Buzzard" was added by the Dean of Lincoln, in whose diocese the town lay in the 12th century, from ''Beau-desert'', which later turned into "Buzzard". Another version is that having two communities called "Leighton" and seeking some means of differentiating them, the Dean added the name of his local Prebendary or representative to that of the town. At that time it was a Theobald de Busar and so over the years the town became known as Leighton Buzzard. The other Leighton became Leighton Bromswold. In the ''Domesday Book'', Leighton Buzzard and Linslade were both called Leestone. Leighton Buzzard developed into a thriving market town, supported by good road, canal and later, rail links to the agricultural hinterland and London. The town's market was granted its charter in 1086 and is still active today. The town's high street is home to numerous historical buildings, including over 70 of which are listed. These include the notable Bank Building on the Market Square (now home to Barclays Bank), designed by the eminent architect Alfred Waterhouse, designer of London's Natural History Museum, London. The town has had a long association with the Rothschild family, since Lionel de Rothschild bought neighbouring farmlands to the west of the town in 1873. Over time the farm developed into the Ascott House estate located less than from the town. Over the years several members of the family were resident in the town including Baron Ferdinand de Rothschild at Leighton House on the High Street (demolished) and the widowed Lady Rothschild who, in 1832, moved to Southcourt House on Orchard Drive (also now demolished). The family still maintain links with the town through their ownership of Southcourt Stud in Southcote, Bedfordshire, Southcote. The town has a strong history of dissenters and is home to one of the oldest Friends meeting houses in the region. Established in the 18th century, local Quakers continue to meet in the Meeting House on North Street. After the Poor Law Amendment Act 1834 Leighton Buzzard became the centre of a poor law union that consisted of 15 surrounding parishes with the union workhouse (still standing) being sited in Grovebury Road. During World War II, a secret codebreaking and communications facility, described as "the largest telephone exchange in the world", similar to nearby Bletchley Park, operated from Oxenden House (now demolished) off Plantation Road. The facility employed up to 500 people during the war, although it was shrouded in secrecy.

The first and only TXE1 telephone exchange was developed by the General Post Office (United Kingdom), General Post Office and went into service in 1968. To meet the growing demand it was added to by two TXE2 exchanges and a TXE6 exchange on the night of 18 August 1971. A third TXE2 was added later but everything was replaced by a TXE4 exchange around 1977. Some of the TXE2 equipment was used to provide a new TXE2 at West Mersea Island in Essex. The large building, built on the site of the former Lake House, that housed all these TXE exchanges and the current digital exchange can be found in Lake Street.

The population of Leighton-Linslade was originally recorded in the 2001 census as 32,417. Part of Billington, Bedfordshire, Billington parish was transferred in 2003 to Leighton-Linslade, and the revised census result including this area was 32,753. The population is estimated to have reached 37,000 in 2009. The town is expanding southwards, with the development of sites in Southern Leighton Buzzard through the Southern Leighton Buzzard Development Brief. It is also expanding eastwards, with several developments forming the Eastern Leighton Linslade Urban Extension Scheme.

The town is home to the Leighton Buzzard Light Railway, a narrow gauge railway, narrow gauge heritage railway, one of England's longest at just under long and oldest narrow-gauge lines, with an extensive collection of locomotives and rolling stock. The Grand Union Canal runs through the town, alongside the River Ouzel. Church of All Saints, Leighton Buzzard, All Saints' Church, an English Gothic architecture, Early English parish church dating from 1277. The church is the starting point for the annual Wilkes Walk, described as "a curious procession of the church choir, clergy, and churchwardens across town to the alms houses in North Street." The church was damaged by fire in the 1980s, but has since undergone restoration. The town has a combined library and theatre (called the Library Theatre) where both live events and film screenings are regularly held. Rushmere Country Park and Stockgrove Country Park are in nearby Heath and Reach. The National Trust for Places of Historic Interest or Natural Beauty, National Trust operated country home Ascott House is located from the town in neighbouring Buckinghamshire. 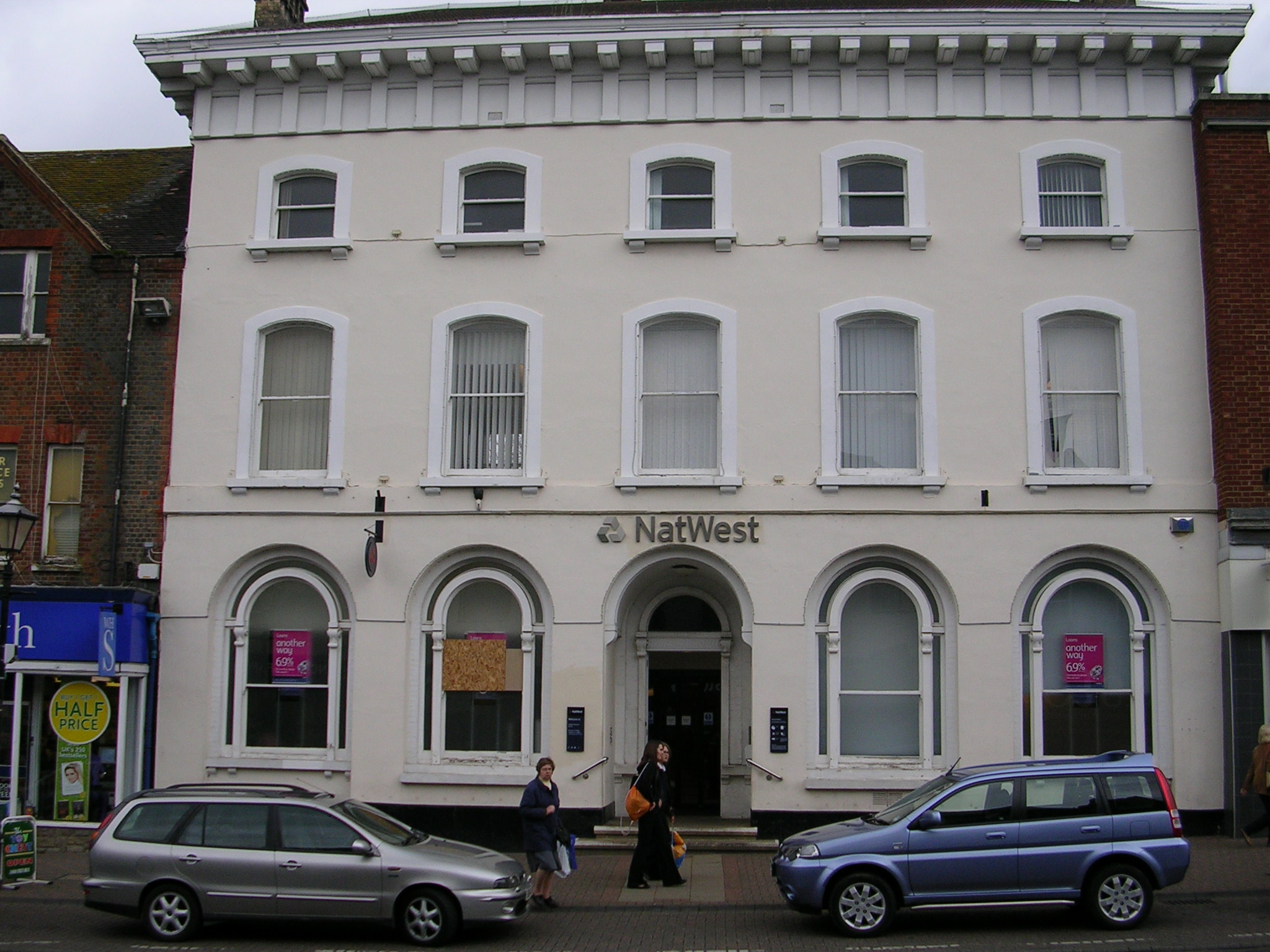 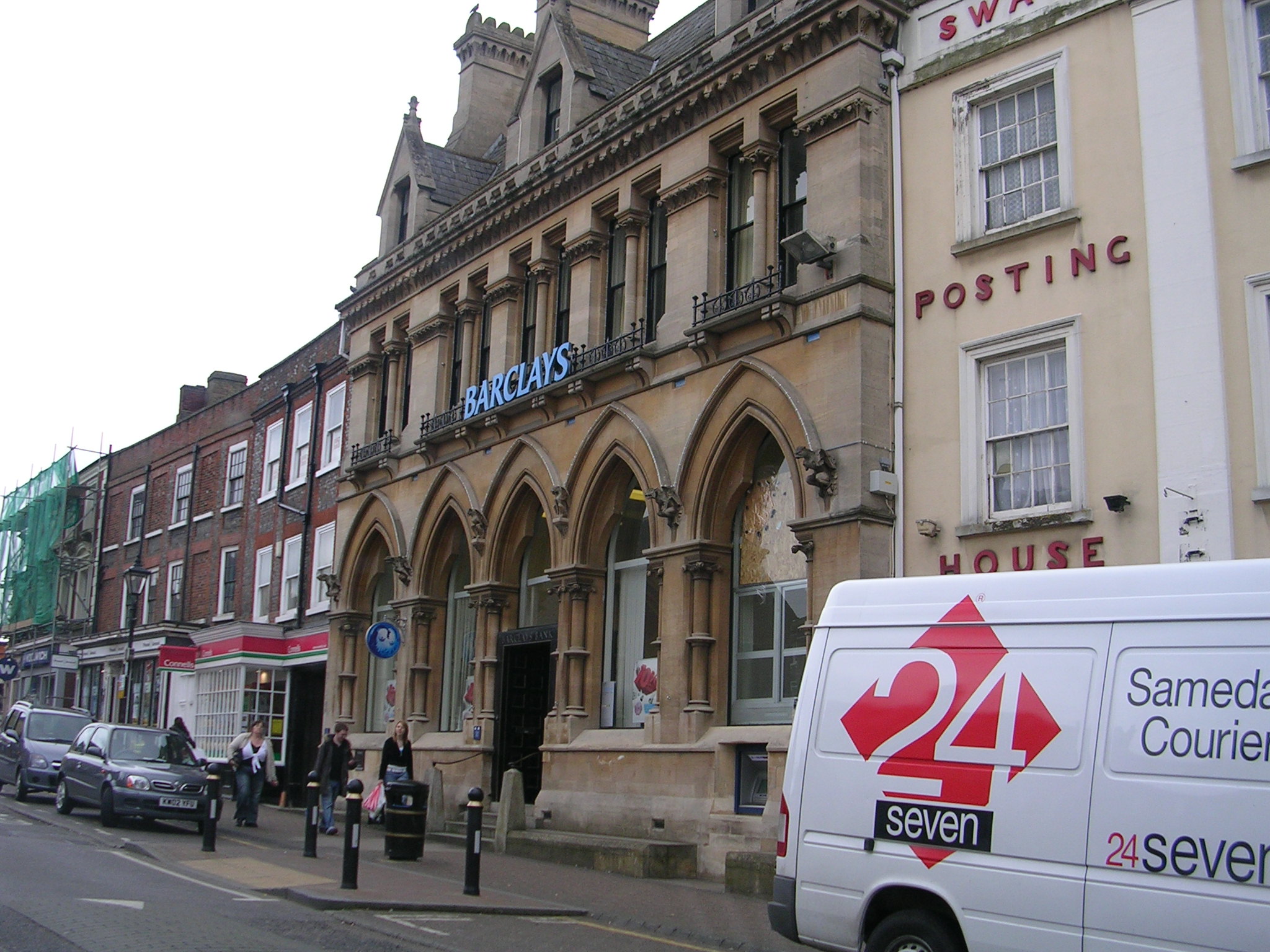 Leighton Buzzard is close to the M1 motorway and A5 road (Great Britain), A5 road, and is served by Southern (train operating company), Southern and West Midlands Trains, London Northwestern Railway services on the West Coast Main Line railway at Leighton Buzzard railway station (in Linslade). The railway operates non-stop commuting services to Euston railway station, with the fastest peak journey times less than 30 minutes. Leighton Buzzard is served by the F70 bus route, operated by Arriva Shires & Essex, provides a direct Bus rapid transit service to via the Luton to Dunstable Busway, with an onward connection to Luton Airport and also to Milton Keynes. The F77 bus route, also operated by Arriva, provides the same service to Luton and also a service to Bletchley.

Leighton Buzzard is now home to several UK head offices for national and international firms. Countrywide and Connells Group, the estate agents' chains, both have their head offices in the town, as do the UK operations of Tupperware and Grundfos. FTSE 250 company Rightmove had their first ever office in the town, which at the time consisted of just 25 employees. Leighton Buzzard is also home to the Vinci SA Technology Centre, where technology for London's new Crossrail stations was tested. Since 2014 it has had its own brewery. The town has a sizeable sand quarrying Industry (economics), industry, with good enough quality ''building'' sand to export to Egypt. The town is, or has at one time been, the home to various other industries including B/E Aerospace (Aircraft Interiors), Polyformes, Lipton, Lipton Tea which has now closed down, Gossard clothing, and Lancer Boss (forklifts, etc.).

For local government purposes, the town is part of the Central Bedfordshire district and is administered jointly with Linslade as the civil parishes in England, civil parish of Leighton-Linslade.

Leighton Buzzard is represented by the sporting teams of Leighton Town F.C. who play Football (soccer), football in the Spartan South Midlands Football League. Also at the Bell Close Site are Leighton Buzzard Tennis Club who have been a part of the town since the 1930s. Leighton Buzzard Hockey Club established in 1901, play field hockey and run 4 Men's and 4 Ladies teams of all ability. The Men's teams play in the South Hockey League and the Ladies teams play in the 5 Counties Hockey League. Leighton Buzzard Hockey Club also have junior sides; starting age of 5. Leighton Buzzard R.F.C. play rugby union in South West 1 East and the Ladies rugby team play in NC South East North 2. Leighton Buzzard Golf Club was established in 1905 and there is also an active running club, Leighton Buzzard Athletics Club. Established in 2011 Leighton Buzzard Road Cycling Club is a cycling club for riders of all abilities. Their race team LBRCC-Solgar compete in local, as well as national, cycling events. Established in 2000, Leighton Linslade Croquet Club, a member of the Croquet Association, have three croquet lawns in Pages Park next to the pavilion. A Greyhound racing in the United Kingdom, greyhound racing track was opened by the Leighton Buzzard Greyhound Racing Association. The track which was located on Bridge Meadows, a flood plain and wharfage between the Grand Union Canal and the River Ouze, south of Bridge Street and is believed to have opened during 1931. The racing was independent (not affiliated to the sports governing body the National Greyhound Racing Club) known as a flapping track, which was the nickname given to independent tracks. The date of closure is not known.

*Central Bedfordshire College has a campus near the town centre of Leighton Buzzard.

Leighton Buzzard was twinned with Coulommiers, Seine-et-Marne, Coulommiers in France in 1958. The twinning was renewed in 1982. It was also twinned with Titisee-Neustadt in Germany in 1991.

*Baron Ferdinand de Rothschild (1839–1898) lived in Leighton House in the High Street (demolished in 1959 for the Co-op furniture store, but now the site is occupied by Wilko (retailer), Wilkinson's) before building and moving to Waddesdon Manor. *Mary Norton (author), Mary Norton (1903–1992), children's writer, famous for The Borrowers series, and the books which became the Disney movie, Bedknobs and Broomsticks, was brought up in ''The Cedars'' on the High Street now Leighton Middle School. The building now hosts a blue plaque in commemoration. *Philip O'Connor (1916–1998), poet, was born in the town. *Louise Dearman (born 1979), who played Glinda in the West End theatre, West End production of ''Wicked (musical), Wicked,'' was brought up in Leighton Buzzard, attending Linslade Middle School and Cedars Upper School. *The 1980s British new wave band Kajagoogoo were formed in the town. *Triple Olympic gold medallist Charlotte Dujardin was brought up in the town and attended Vandyke Upper School. *Actor Rusty Goffe lives in the town. *Internationally ranked professional snooker play Martin O'Donnell (snooker player), Martin O'Donnell lives in the town with his family. * The group The Barron Knights were formed in the town.