Indianapolis (), colloquially known as Indy, is the state capital and most-populous city of the U.S. state of Indiana and the seat of Marion County. According to 2019 estimates from the U.S. Census Bureau, the consolidated population of Indianapolis and Marion County was 886,220. The "balance" population, which excludes semi-autonomous municipalities in Marion County, was 876,384. It is the 17th most populous city in the U.S., the third-most populous city in the Midwest, after Chicago, Illinois and Columbus, Ohio, and the fourth-most populous state capital after Phoenix, Arizona; Austin, Texas; and Columbus, Ohio. The Indianapolis metropolitan area is the 33rd most populous metropolitan statistical area in the U.S., with 2,048,703 residents. Its combined statistical area ranks 28th, with a population of 2,431,361. Indianapolis covers , making it the 16th largest city by land area in the U.S. Indigenous peoples inhabited the area dating to as early as 10,000 BC. In 1818, the Delaware relinquished their tribal lands in the Treaty of St. Mary's. In 1821, Indianapolis was founded as a planned city for the new seat of Indiana's state government. The city was platted by Alexander Ralston and Elias Pym Fordham on a grid next to the White River. Completion of the National and Michigan roads and arrival of rail later solidified the city's position as a manufacturing and transportation hub. Two of the city's nicknames reflect its historical ties to transportation—the "Crossroads of America" and "Railroad City". Since the 1970 city-county consolidation, known as Unigov, local government administration operates under the direction of an elected 25-member city-county council headed by the mayor. Indianapolis anchors the 29th largest economic region in the U.S., based primarily on the sectors of finance and insurance, manufacturing, professional and business services, education and health care, government, and wholesale trade. The city has notable niche markets in amateur sports and auto racing. The city is home to three Fortune 500 companies, two major league sports clubs, four university campuses, and several museums, including the world's largest children's museum. However, the city is perhaps best known for annually hosting the world's largest single-day sporting event, the Indianapolis 500. Among the city's historic sites and districts, Indianapolis is home to the largest collection of monuments dedicated to veterans and war casualties in the U.S. outside of Washington, D.C.

The name Indianapolis is derived from the state's name, Indiana (meaning "Land of the Indians", or simply "Indian Land"), and ', the Greek word for "city." Jeremiah Sullivan, justice of the Indiana Supreme Court, is credited with coining the name. Other names considered were Concord, Suwarrow, and Tecumseh.

In 1816, the year Indiana gained statehood, the U.S. Congress donated four sections of federal land to establish a permanent seat of state government. Two years later, under the Treaty of St. Mary's (1818), the Delaware relinquished title to their tribal lands in central Indiana, agreeing to leave the area by 1821. This tract of land, which was called the New Purchase, included the site selected for the new state capital in 1820. The indigenous people of the land prior to systematic removal are the Miami Nation of Indiana (Miami Nation of Oklahoma) and Indianapolis makes up part of Cession 99; the primary treaty between the indigenous population and the United States was the Treaty of St. Mary's (1818). The availability of new federal lands for purchase in central Indiana attracted settlers, many of them descendants of families from northwestern Europe. Although many of these first European and American settlers were Protestants, a large proportion of the early Irish and German immigrants were Catholics. Few African Americans lived in central Indiana before 1840. The first European Americans to permanently settle in the area that became Indianapolis were either the McCormick or Pogue families. The McCormicks are generally considered to be the first permanent settlers; however, some historians believe George Pogue and family may have arrived first, on March 2, 1819, and settled in a log cabin along the creek that was later called Pogue's Run. Other historians have argued as early as 1822 that John Wesley McCormick, his family, and employees became the area's first European American settlers, settling near the White River in February 1820. On January 11, 1820, the Indiana General Assembly authorized a committee to select a site in central Indiana for the new state capital. The state legislature approved the site, adopting the name Indianapolis on January 6, 1821. In April, Alexander Ralston and Elias Pym Fordham were appointed to survey and design a town plan for the new settlement. Indianapolis became a seat of county government on December 31, 1821, when Marion County, was established. A combined county and town government continued until 1832 when Indianapolis incorporated as a town. Indianapolis became an incorporated city effective March 30, 1847. Samuel Henderson, the city's first mayor, led the new city government, which included a seven-member city council. In 1853, voters approved a new city charter that provided for an elected mayor and a fourteen-member city council. The city charter continued to be revised as Indianapolis expanded. Effective January 1, 1825, the seat of state government moved to Indianapolis from Corydon, Indiana. In addition to state government offices, a U.S. district court was established at Indianapolis in 1825. Growth occurred with the opening of the National Road through the town in 1827, the first major federally funded highway in the United States. A small segment of the ultimately failed Indiana Central Canal was opened in 1839. The first railroad to serve Indianapolis, the Jeffersonville, Madison and Indianapolis Railroad, began operation in 1847, and subsequent railroad connections fostered growth. Indianapolis Union Station was the first of its kind in the world when it opened in 1853. 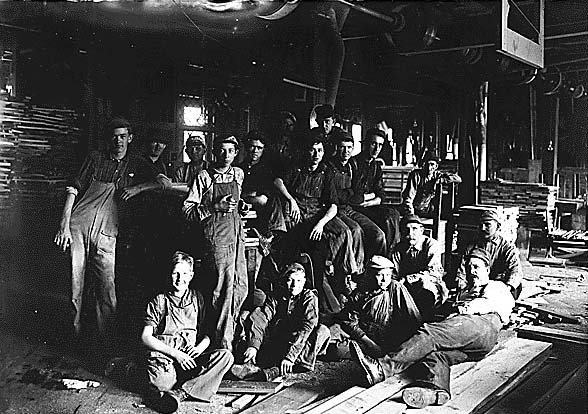 During the American Civil War, Indianapolis was mostly loyal to the Union cause. Governor Oliver P. Morton, a major supporter of President Abraham Lincoln, quickly made Indianapolis a rallying place for Union army troops. On February 11, 1861, President-elect Lincoln arrived in the city, en route to Washington, D.C. for his presidential inauguration, marking the first visit from a president-elect in the city's history. On April 16, 1861, the first orders were issued to form Indiana's first regiments and establish Indianapolis as a headquarters for the state's volunteer soldiers. Within a week, more than 12,000 recruits signed up to fight for the Union. Indianapolis became a major logistics hub during the war, establishing the city as a crucial military base. Between 1860 and 1870, the city's population more than doubled. An estimated 4,000 men from Indianapolis served in 39 regiments, and an estimated 700 died during the war. On May 20, 1863, Union soldiers attempted to disrupt a statewide Democratic convention at Indianapolis, forcing the proceedings to be adjourned, sarcastically referred to as the Battle of Pogue's Run. Fear turned to panic in July 1863, during Morgan's Raid into southern Indiana, but Confederate forces turned east toward Ohio, never reaching Indianapolis. On April 30, 1865, Lincoln's funeral train made a stop at Indianapolis, where an estimated crowd of more than 100,000 people passed the assassinated president's bier at the Indiana Statehouse.