Click Here for Items Related To - Growth of religion


Growth of religion is the spread of religions and the increase of religious adherents around the world. Statistics commonly measure the absolute number of adherents, the percentage of the absolute growth per year, and the growth of the number of converts in the world. Such forecasts cannot be validated empirically and remain contentious. Studies in the 21st century suggest that, in terms of percentage and worldwide spread, Islam is the fastest-growing major religion in the world. A comprehensive religious forecast for 2050 by the Pew Research Center concludes that global Muslim population is expected to grow at a faster rate than the Christian population. This is primarily due to the young age and high fertility-rate of Muslims. Counting the number of converts to a religion is difficult. Although some national censuses ask people about their religion, they do not ask if they have converted to their present faith. Additionally, in some countries, legal and social consequences make conversion difficult. For example, individuals can receive a death sentence if they openly leave Islam in some Muslim countries. Statistical data on conversion to and from Islam are scarce. According to study published on 2011 by Pew Research, what little information is available suggests that religious conversion has no net impact on the Muslim population, as the number of people who convert to Islam is roughly similar to those who leave Islam. According to another study published on 2015 by Pew, Islam is expected to experience a modest gain of 3 million adherents through religious conversion between 2010 and 2050. This will make Islam, compared with other religions, the second largest religion in terms of net gains through religious conversion after religiously unaffiliated, which expected to have the largest net gains through religious conversion. It is projected that the birth rate will be the main factor in the growth of any given religion. Some religions proselytise vigorously (Christianity and Islam, for example), others (such as Judaism) do not generally encourage conversions into their ranks. Some faiths grow exponentially at first, only for their zeal to wane (note the case of Zoroastrianism). The growth of a religion can clash with factors such as persecution, entrenched rival religions (such as established religions), and religious market saturation. 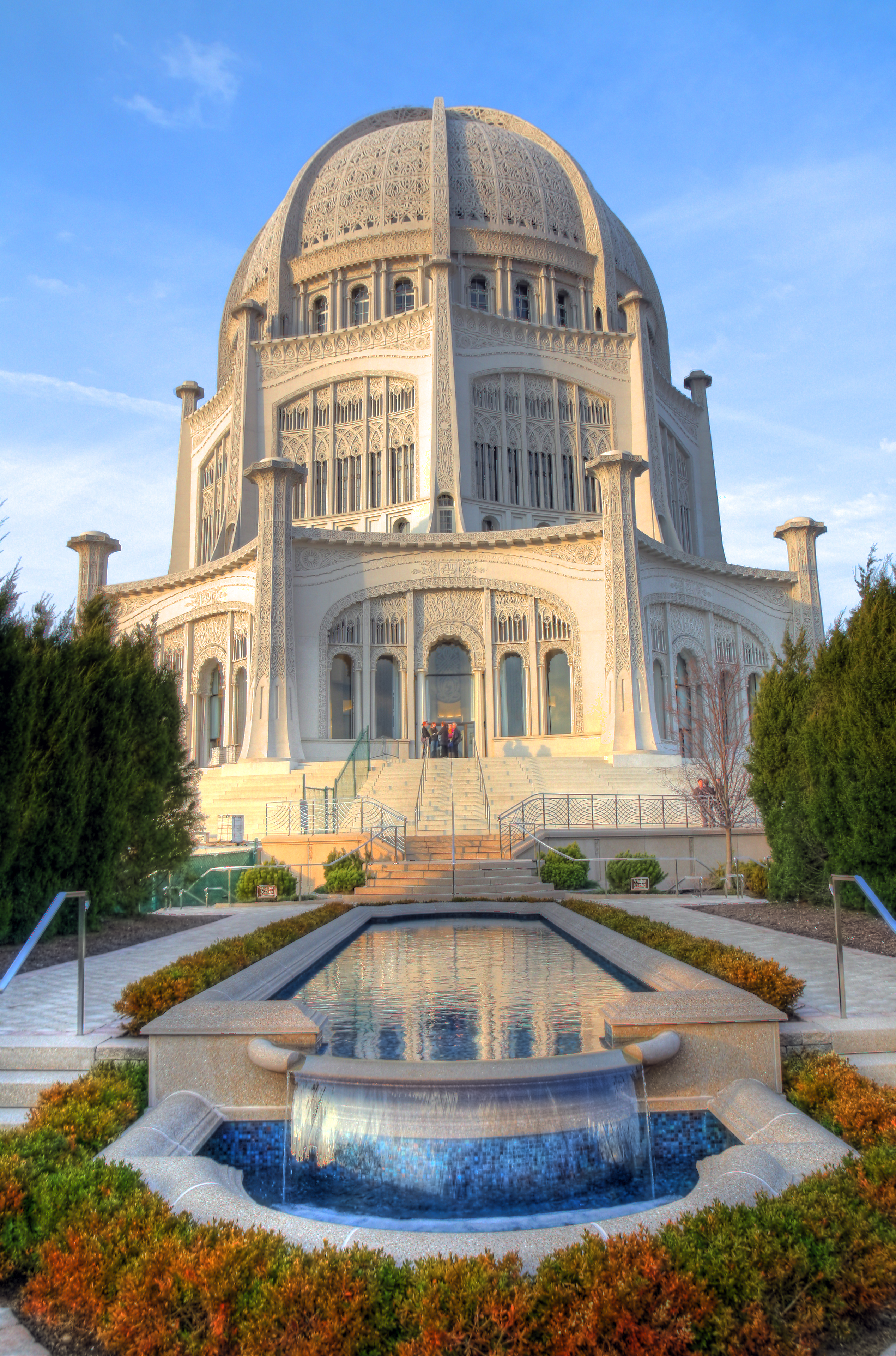 The ''World Christian Encyclopedia'' estimated only 7.1 million Baháʼís in the world in 2000, representing 218 countries, and its evolution to the ''World Christian Database'' (WCD) estimated 7.3 million in 2010. The WCD stated: "The Baha'i Faith is the only religion to have grown faster in every United Nations region over the past 100 years than the general population; Baha'i was thus the fastest-growing religion between 1910 and 2010, growing at least twice as fast as the population of almost every UN region." 2015's estimate is of 7.8 million Baháʼís in the world. Margit Warburg, a Danish researcher, has argued that this source contains numerical inaccuracies in its statistics on the Baháʼí Faith. From its origins in the Persian and Ottoman empires of the 19th century the Baháʼí Faith was able to gain converts elsewhere in Asia, Europe, and North America by the early 20th century. John Esslemont performed the first review of the worldwide progress of the religion in 1919. 'Abdu'l-Bahá, son of the founder of the religion, then set goals for the community through his Tablets of the Divine Plan shortly before his death. Shoghi Effendi then initiated systematic Baháʼí pioneering efforts that brought the religion to almost every country and territory of the world and converts from more than 2,000 tribes and peoples. There were serious setbacks in the Soviet Union where Baháʼí communities in 38 cities across Soviet territories ceased to exist. However plans continued building to 1953 when the Baháʼís initiated a Ten Year Crusade after plans had focused on Latin America and Europe after WWII. That last stage was largely towards parts of Africa. Due to extensive missionary work, wide-scale growth in the religion across Sub-Saharan Africa particularly was observed to begin in the 1950s and extend in the 1960s. There was diplomatic pressure from northern Arab countries against this development that was eventually overcome. Starting in the 1980s with Perestroyka the Baháʼís began to re-organize across the Soviet Union and Eastern Bloc. While sometimes failing to meet official minimums for recognitions as a religion, communities of Baháʼís do exist from Poland to Mongolia. The worldwide progress was such that the Encyclopædia Britannica (2002) identified the religion as the second-most geographically widespread religion after Christianity. It has established Baháʼí Houses of Worship by continental region and been the object of interest and support of diverse non-Baháʼí notable people from Leo Tolstoy to Khalil Gibran to Mohandas K. Gandhi to Desmond Tutu. See List of Baháʼís for a list of notable Baháʼís. ARDA/WCD statistics place the Baháʼí Faith as currently the largest religious minority in Iran (despite significant persecution and the overall Iranian diaspora), Panama, and Belize; the second largest international religion in Bolivia, Zambia, and Papua New Guinea; and the third largest international religion in Chad and Kenya. In 2014 the religion was officially recognized in Indonesia and in addition to various countries it is the second largest religion in state of South Carolina – a fact that, despite its small size, got some attention in 2014. Based on data from 2010, Baháʼís were the largest minority religion in 80 counties out of the 3143 counties in the United States. The countries with the fastest annual growth from 2000 to 2015 per annum, where a country has over 100,000 people, were, (starting with the fastest): Qatar, UAE, Bahrain, Oman, Kuwait, Kazakhstan, Western Sahara, South Sudan, and Niger, ranging from 3.90% growth per year up to 9.56%.