Gisborne ( mi, Tūranga-nui-a-Kiwa "Great standing place of Kiwa") is a
city A city is a large human settlement.Goodall, B. (1987) ''The Penguin Dictionary of Human Geography''. London: Penguin.Kuper, A. and Kuper, J., eds (1996) ''The Social Science Encyclopedia''. 2nd edition. London: Routledge. It can be defined as a pe ...
in northeastern New Zealand and the largest settlement in the Gisborne District (or Gisborne Region). It has a population of The district council has its headquarters in Whataupoko, in the central city. The settlement was originally known as Turanga and renamed Gisborne in 1870 in honour of New Zealand Colonial Secretary (New Zealand), Colonial Secretary William Gisborne.

The Gisborne region has been settled for over 700 years. For centuries the region has been inhabited by the tribes of Te Aitanga-a-Māhaki, Rongowhakaata, Ngāi Tāmanuhiri and Te Aitanga-a-Hauiti. Their people descend from the voyagers of the Te Ikaroa-a-Rauru, Horouta and Tākitimu Waka (canoe), waka. East Coast oral traditions offer differing versions of Gisborne's establishment by Māori people, Māori. One legend recounts that in the 1300s, the great navigator Kiwa (mythology), Kiwa landed at the Turanganui River (Gisborne), Turanganui River first on the waka Tākitimu after voyaging to the region from Hawaiki and that Pāoa, Captain of the waka Horouta, followed later. An alternative legend recounts that Kiwa waited so long for the Horouta canoe to arrive that he called its final landing place Tūranganui-a-Kiwa (''The long waiting place of Kiwa''). However, a more popular version of events is that Horouta ''preceded'' Takitimu. In 1931, Sir Āpirana Ngata stated that Horouta was the main canoe that brought the people to the East Coast and that Ngāti Porou always regarded Takitimu as "an unimportant canoe". Māori historian Rongowhakaata Halbert affirmed this account, stating that Paoa's crew on the Horouta were the first inhabitants of the East Coast after migrating from Ahuahu or Great Mercury Island. Paoa gave his name to various places across the region, most notably the Waipāoa River (Wai-o-Pāoa). During the 14th century, Māori tribes built fishing villages close to the sea and built pā on nearby hilltops. 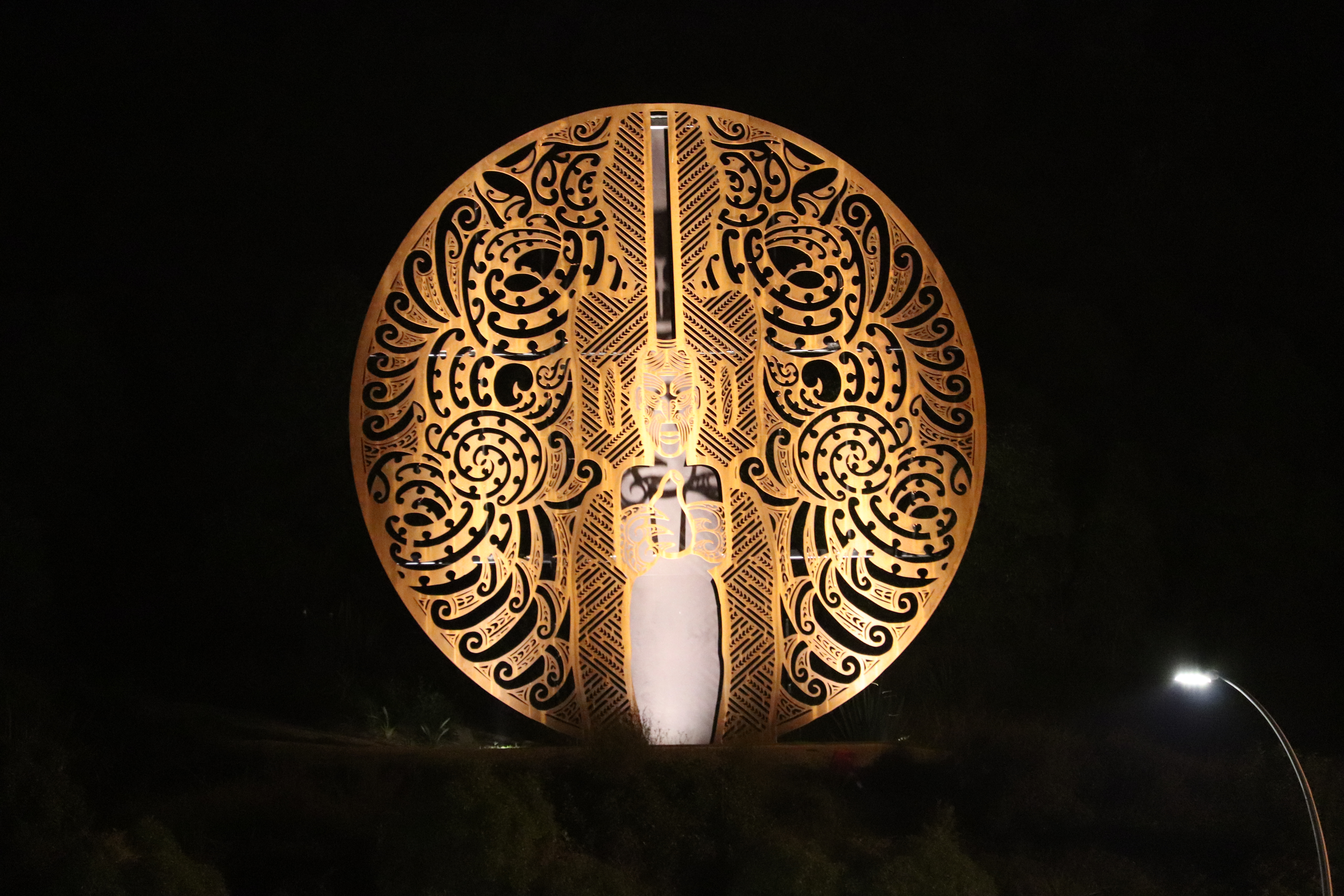 Gisborne's Kaiti Beach is the place where British navigator Captain James Cook made his first landing in New Zealand upon the ''HMS Endeavour, Endeavour''. Cook had earlier set off from Plymouth, England in August 1768 on a mission bound for Tahiti. Once he had concluded his duties in Tahiti, Cook continued south to look for a large landmass or continent. Young Nick's Head was thought to be the first piece of New Zealand land sighted by Cook's party, and so named because it was first observed by cabin boy Nicholas Young on 6 October 1769. On 9 October, Cook came ashore on the eastern bank of the Turanganui River, accompanied by a party of men. Their arrival was marred by misunderstanding and resulted in the death and wounding of nine Māori over four days. It was also on the banks of the Turanganui River that first the township of Turanga, then the city of Gisborne, grew as European traders and whalers began to settle in the river and port area. The landing site was commemorated by a monument in 1906, on the 137th anniversary of Cook's arrival. In 1964 the Gisborne committee of the Heritage New Zealand, New Zealand Historic Places Trust registered the land around the monument as a historic reserve, and in 1990 it was designated a National reserves of New Zealand, National Historic Reserve and put under the care of the Department of Conservation (New Zealand), Department of Conservation. In 2019 a memorial was erected by Ngāti Oneone on Titirangi, a local hill, to honour Te Maro who was one of the first casualties of the arrival of the ship Endeavour.

Starting in the early 1830s, Merchant, traders such as Captain John Harris and Captain George E. Read set up the first trading stations along the Turanganui river and are attributed to the founding of the town. Over the next 30 years, many more European traders and missionaries migrated to the region. In 1868 the government bought 300 hectares of land for a town site. The town was laid out in 1870 and the name changed from Turanga to Gisborne, after the then colonial secretary, and to avoid confusion with Tauranga. In 1872, Gisborne's first public school was opened and its first newspaper, the ''Poverty Bay Standard'' was established. A town council was formed in 1877.

Te Poho-o-Rawiri and Te Kuri a Tuatai Marae#Marae in New Zealand, marae are located in the city suburbs.

Gisborne is a coastal city located on the east cape of New Zealand's North Island. It sits at the south end of the Gisborne District and also within Poverty Bay. The Poverty Bay Flats encompass Gisborne city as well as surrounding areas Mākaraka, Matawhero and Ormond where vineyards and farms are prominent. Gisborne is flat towards the shoreline, but forested and hilly inland. Gisborne boasts a large stretch of coastline encompassing the Waikanae and Midway, Kaiti, Sponge Bay, Wainui Beach, Wainui and Makorori white sand beaches, which are popular for swimming and surfing. Sometimes referred to as the 'City of Rivers', Gisborne sits at the convergence of the Waimata, Taruheru and Turanganui rivers. At only 1200 meters long, Turanganui is the shortest river in New Zealand. Kaiti Hill (''Titirangi''), which sits directly above Cook's landing site, provides expansive views over the city and wider Poverty Bay. Many archaeological sites have been identified on Titirangi, including burial grounds, Terrace (geology), terraces, and middens. Titirangi Pā sits near the summit. In the wider area surrounding Gisborne are two Arboretum, arboreta, Eastwoodhill Arboretum, Eastwoodhill, the National Arboretum of New Zealand at Ngatapa which spans over 130 hectares, and the smaller 50 hectare Hackfalls Arboretum at Tiniroto. Up until International Date Line#Samoan Islands and Tokelau (1892 and 2011), Samoa and Tokelau's dateline shift in December 2011, Gisborne claimed to be the first city on Earth to see the sun rise each day. However, this is now only accurate in New Zealand's summer months. Sunrise in Gisborne ranges from 5:36 am in early December to 7:26 am in late June.

The region is sheltered by high country to the west. Gisborne enjoys a Temperate climate, Temperate Oceanic climate, oceanic climate (Oceanic climate, Cfb - Köppen climate classification) with warm summers and cool winters, temperatures rarely drop below 0 °C (32 °F) and occasionally rise above 30 °C (86 °F) with a yearly average of 2,200 sunshine hours. The annual rainfall varies from about 1000 mm near the coast to over 2500 mm in higher inland country. According to the NIWA dataset for 1981–2010 normals, Gisborne narrowly edged several other cities to have the warmest summer maxima of official stations. Winters are slightly cooler than more northerly areas, rendering that over the course of the calendar year, Gisborne is not the warmest station of the country. Even summertime mean temperatures are lower than northerly areas in spite of the highs due to the cooler nights. In spite of this, yearly mean temperatures are still some way above average for New Zealand as a whole.

The harbour was host to many ships in the past and had developed as a river port to provide a more secure location for shipping compared with the open roadstead of Poverty Bay which can be exposed to southerly swells. A meat works was sited beside the harbour and meat and wool were shipped from here. Now the harbour is the home of many smaller fishing boats as well as ships loading logs for export. The city maintains a rural charm and is a popular holiday spot. Local industries include agriculture, horticulture, farming and forestry. Wine production is also valuable to the local economy.

The Tairāwhiti Tamararo Regionals are an annual regional haka competition held in Gisborne in memory of Karaitiana Tamararo. Gisborne is host to Rhythm & Vines, an annual 3-day music festival held over the New Year at Waiohika Estate. In 2012 and 2013, Rhythm and Vines made skinny dipping world record attempts. The Lowe Street Museum was the first museum in Gisborne, located in the Lowe Street Municipal Offices. In 1955 the collection of Māori artefacts of William Lysner were put in his former residence, Lysner House, which was sold to the city for a nominal sum. It is now known as the Tairāwhiti Museum. Since 2019 the Te Tairāwhiti Arts Festival is an annual event in the region with many events taking place in Gisborne.

New Zealand State Highway 2, State Highway 2 connects Gisborne to Tauranga via Ōpōtiki and Whakatāne to the northwest, and to Napier and the rest of Hawke's Bay Region, Hawke's Bay via Wairoa to the south. SH 2 travels towards Gisborne from the northwest from Te Karaka, a settlement approximately 31 km northwest of Gisborne. SH 2 passes through Makaraka, a suburb on the outer fringes of Gisborne. It then crosses the Waipaoa River and makes its way south through Manutuke and Wharerata before it enters the Hawke's Bay Region towards Nuhaka, Wairoa, and eventually on to Napier.

New Zealand State Highway 35, State Highway 35 (part of the Pacific Coast Highway network) begins at a junction west of Gisborne with SH 2 just before SH 2 crosses the Waipaoa River on its way south to Manutuke. SH 35 borders Gisborne Airport to the south and enters Gisborne city on the southwestern fringes. It makes its way through the city out to the east, and continues up the coast connecting Gisborne to the East Cape.

Public transport is poorly developed in Gisborne, with only 0.2% of trips made by bus in 2013/14. This compares with 2.3% nationally, which itself is amongst the lowest proportions in the world. Go Bus Transport, Go Bus is contracted to the council to run 22 services a day on 6 routes Monday to Friday, using 2 buses. From 1913 to 1929 Gisborne had Trams in New Zealand, battery-powered trams. Since then public transport has declined to about a fifth of the usage then. In 1930 the municipal buses travelled , and carried 28,531 passengers in 2 weeks. In 2012/13 the city buses carried about 78,000 passengers in 52 weeks, at a cost of about $120,000 a year, with about another $85,000 from fares.

Gisborne is the northern terminus of the Palmerston North - Gisborne Line railway, which opened in 1942 and mothballed (track kept in place but all services cancelled) in 2012. The permanent way has since suffered storm damage including bridge collapses and the line is believed unlikely to re-open for economic reasons. Prior to this, an isolated section of line operated from Moutohora Branch, Gisborne to Moutohora – intended to be part of a line to Auckland via Rotorua, and later part of the East Coast Main Trunk Railway line. This connection was never completed and the Moutohora Branch line closed in 1959. Rail passenger services were provided between Gisborne and Wellington until 1988, when the Endeavour (train), Endeavour express was cancelled north of Napier. Today, only the Gisborne City Vintage Railway operates limited heritage train rides out of Gisborne.

In February 2018 the first grants from the Provincial Growth Fund included $2.3 million for the Gisborne port.

Gisborne City was the setting of the 2014 drama film ''The Dark Horse (2014 film), The Dark Horse'', a biographical film starring Cliff Curtis about the late speed-chess champion, Genesis Potini. The film was shot in Gisborne and Auckland in the winter of 2013. In March 2016, Gisborne hosted the premiere of ''Mahana (film), Mahana'', a New Zealand film set in Patutahi and Manutuke, and based on Witi Ihimaera's semi-autobiographical novel ''Bulibasha: King Of The Gypsies''.