Sir Gareth (;
Old French Old French (, , ; French language, Modern French: ) was the language spoken in Northern France from the 8th century to the 14th century. Rather than a unified Dialect#Dialect or language, language, Old French was really a Linkage (linguistics), ...
: Guerrehet) is a Knight of the Round Table in Arthurian legend. He was the youngest son of King Lot and Queen Morgause,
King Arthur King Arthur ( cy, Brenin Arthur, kw, Arthur Gernow, br, Roue Arzhur) was a legendary Celtic Britons, British leader who, according to Historians in England during the Middle Ages, medieval histories and Romance (heroic literature), romances ... 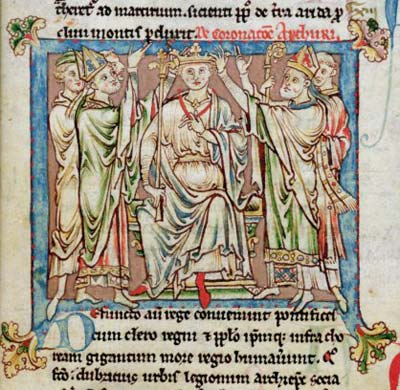 's half-sister, thus making him Arthur's nephew, as well as brother to
Gawain Gawain (; ), also known as Gawaine or Gauwaine, among various other forms and spellings, is King Arthur King Arthur ( cy, Brenin Arthur, kw, Arthur Gernow, br, Roue Arzhur) was a legendary Celtic Britons, British leader who, according ...
, Agravain, and Gaheris, and either a brother or half-brother of Mordred. He is particularly notable in '' Le Morte d'Arthur'' where he is also known by his nickname Beaumains.

Gareth, as Guerrehet, first appears in the First Continuation of
Chrétien de Troyes Chrétien de Troyes (Modern ; fro, Crestien de Troies ; 1135?–1185?, 1160–1191) was a French poet and trouvère known for his writing on King Arthur, Arthurian subjects, and for first writing of Lancelot, Percival and the Holy Grail. Chré ... 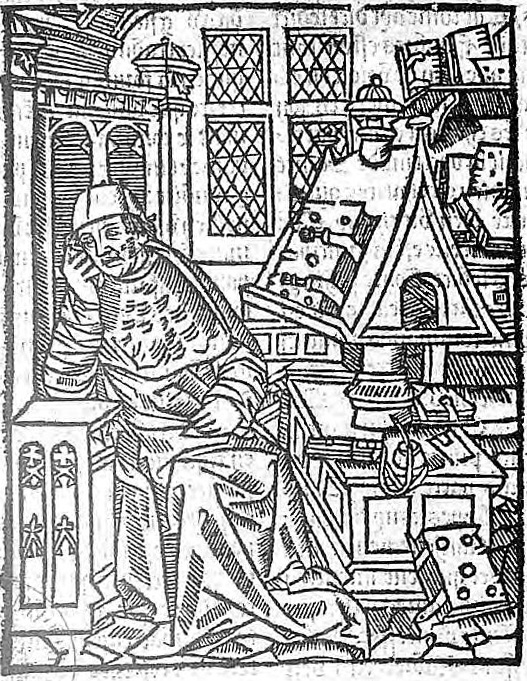 's '' Perceval ou le Conte du Graal'', where he is the protagonist of the final episode as he avenges the death of a fairy king named Brangemuer, son of Guingamuer, by slaying the giant known as "Little Knight". Several of his adventures are narrated in the Vulgate Cycle ( Lancelot-Grail). In the Vulgate ''Merlin'', Gareth and his brothers defect from their father King Lot and take service with
King Arthur King Arthur ( cy, Brenin Arthur, kw, Arthur Gernow, br, Roue Arzhur) was a legendary Celtic Britons, British leader who, according to Historians in England during the Middle Ages, medieval histories and Romance (heroic literature), romances ...

, participating in the early battles against the
Saxon The Saxons ( la, Saxones, german: Sachsen, ang, Seaxan, osx, Sahson, nds, Sassen, nl, Saksen) were a group of early Germanic * * * * peoples whose name was given in the early Middle Ages to a large country (Old Saxony Old Saxony is the ori ...
invaders of Britain and in the war against the Frankish king
Claudas

on the continent. As the youngest and often most chivalrous of the
Orkney Orkney (; sco, Orkney; on, Orkneyjar; nrn, Orknøjar), also known as the Orkney Islands, is an archipelago An archipelago ( ), sometimes called an island group or island chain, is a chain, cluster or collection of islands, or sometimes ...
princes, Gareth later prevents his brothers
Gawain Gawain (; ), also known as Gawaine or Gauwaine, among various other forms and spellings, is King Arthur King Arthur ( cy, Brenin Arthur, kw, Arthur Gernow, br, Roue Arzhur) was a legendary Celtic Britons, British leader who, according ...
and Agravain from killing their other sibling Gaheris in revenge for the murder of their mother Morgause, condemns his brothers for their killing of Lamorak, and attempts to dissuade Agravain and Mordred from exposing Lancelot and Guinevere's affair. His death at the hands of Bors during Lancelot's rescue of Guinevere from being burned at the stake is related in the ''Mort Artu'' (''Death of Arthur''), the final volume of the Vulgate Cycle. The ''Lancelot'' and the ''Mort Artu'' sections differ in their characterisation of Gareth: in the ''Lancelot'', he is portrayed as Gawain's most cherished brother; in the ''Mort Artu'', it is rather his older brother, Gaheris.

Gareth is the subject of Book IV (Caxton VII) in Sir Thomas Malory's '' Le Morte d'Arthur'', "The Tale of Sir Gareth of Orkney", which tells how he became a knight. In Malory's retelling of an episode from the Prose Tristan, Prose ''Tristan'', Gareth seeks to prove himself worthy of knighthood through his deeds instead of just his lineage. For this reason, he arrives at Camelot in disguise as a kitchen boy as ''le bel inconnu'', or the Fair Unknown, who comes without a name and therefore without a past. He is set to work by Sir Kay, who always gives him difficult work, teases him as a lowly kitchen boy and nicknames him "''Beaumains''" or "Good Hands" (alternatively "Beautiful Hands" or "Fair Hands"). Gareth receives much better attention from Sir Lancelot, who gives him gifts of clothes and gold for spending money.

Gareth then goes to the aid of an unknown woman, later revealed to be the Dame Lynette and Lyonesse, Lynette, to save her sister Lynette and Lyonesse, Lyonesse (both also appearing under various alternate spellings) from the Red Knight of the Red Lands. He is accompanied by the dwarf Melot, who knows his true identity. However, Lynette takes Gareth as a mere kitchen boy and constantly derides him. On the way, he slays the impressive Sir Perarde, the Black Knight (Arthurian legend), Black Knight, and takes his armour and horse. He then meets Sir Pertolope, the Green Knight, who mistakes him for his brother, the Black Knight. Lynette tells the Green Knight that he is a kitchen boy and begs him to rid her of him. Gareth overcomes the Green Knight, but spares his life in return for the knight's swearing to serve King Arthur. He then in much the same fashion defeats Sir Perymones, the Puce Knight (sometimes the Red Knight, but not to be confused with the one of the Red Lands), and Sir Persaunte (Persant of Inde), the Indigo Knight, both of whom also swear loyalty to Arthur. He arrives at Lyonesse's castle, where she is besieged by Sir Ironside, the Red Knight of the Red Lands. He fights him all day and finally prevails, although the Red Knight has the strength of seven men. He intends to kill him as he himself had slaughtered all the other knights who came to save the lady Lyonesse, but the Red Knight explains that he did so because the lady he loved made him swear to kill Lancelot, and the only way to get his attention was to kill the knights. Gareth spares him, making him swear to serve Arthur and also go to Camelot and apologise to Lancelot. Lustily in love with Lyonesse, Gareth conspires to consummate their relationship before marrying. Only by the magical intervention of Lynette is their tryst unsuccessful, thus preserving Gareth's virginity and, presumably, his standing with God. Gareth later counsels Lyonesse to report to King Arthur and pretend she does not know where he is; instead, he tells her to announce a tournament of his knights against the Round Table. This allows Gareth to disguise himself and win honour by defeating his brother knights. The heralds eventually acknowledge that he is Sir Gareth right as he strikes down Sir Gawain, his brother. In Book IV, there are only two knights that have ever successfully held against Lancelot: Sir Tristan and Gareth. This was always under conditions where one or both parties were unknown by the other, for these knights loved each other "passingly well". Gareth was knighted by Lancelot himself when he took upon him the adventure on behalf of Lynette. However, in Book XVIII (Chapter VIII): "The Death of Arthur", the unarmed Gareth and his brother Gaheris are killed accidentally by Lancelot during the rescue of Guinevere. This leads to the final tragedy of Arthur's Round Table; Gawain refuses to allow King Arthur to accept Lancelot's sincere apology for the deaths of his two brothers. Lancelot genuinely mourns the death of Gareth, whom he loved closely like a son or younger brother. King Arthur is forced by Gawain and Mordred's insistence to go to war against Lancelot. Mordred's grief is largely faked, driven by his desire to become king. This leads to the splitting of the Round Table, Mordred's treachery in trying to seize Guinevere and the throne, Gawain's death from an old unhealed wound, and finally, Arthur and Mordred slaying each other in Battle of Camlann, the final battle.

The legend of Gareth and Lynette has been reinterpreted by many writers and poets, the most renowned being Alfred Lord Tennyson in ''Idylls of the King'' (1859–1888). In this version the "colored" knights are replaced by knights associated with various times of day: the final knight is known as Night or Death and is the most feared of the three, though ultimately the weakest. Gareth marries Lynette. In some other versions, Gareth marries Lynette's sister, whom he rescues, and Gaheris marries Lynette. Theodore Goodridge Roberts authored the short story "For to Achieve Your Adventure", in which Lynette knows she is sending Gareth into an ambush in an attempt to make him give up for his own protection. * In the film ''Knights of the Round Table (film), Knights of the Round Table'' (1953), he was played by Anthony Forwood. * Richard Thorp played him in the British film ''Lancelot and Guinevere'' (1963). * Vera Chapman's novel ''The King's Damosel'' (1976) gives a complete version of Lynette's life. * Gareth was portrayed by Jonathan Cake in the film ''First Knight'' (1995). * In the novel ''Queen of Camelot'' (2002) by Nancy McKenzie, Gareth and Lynette formal became betrothed when he first came to Arthur. * In the mobile game ''Fate Grand Order'', Gareth is depicted as a female knight, while keeping much of the legend's original family traits and story.