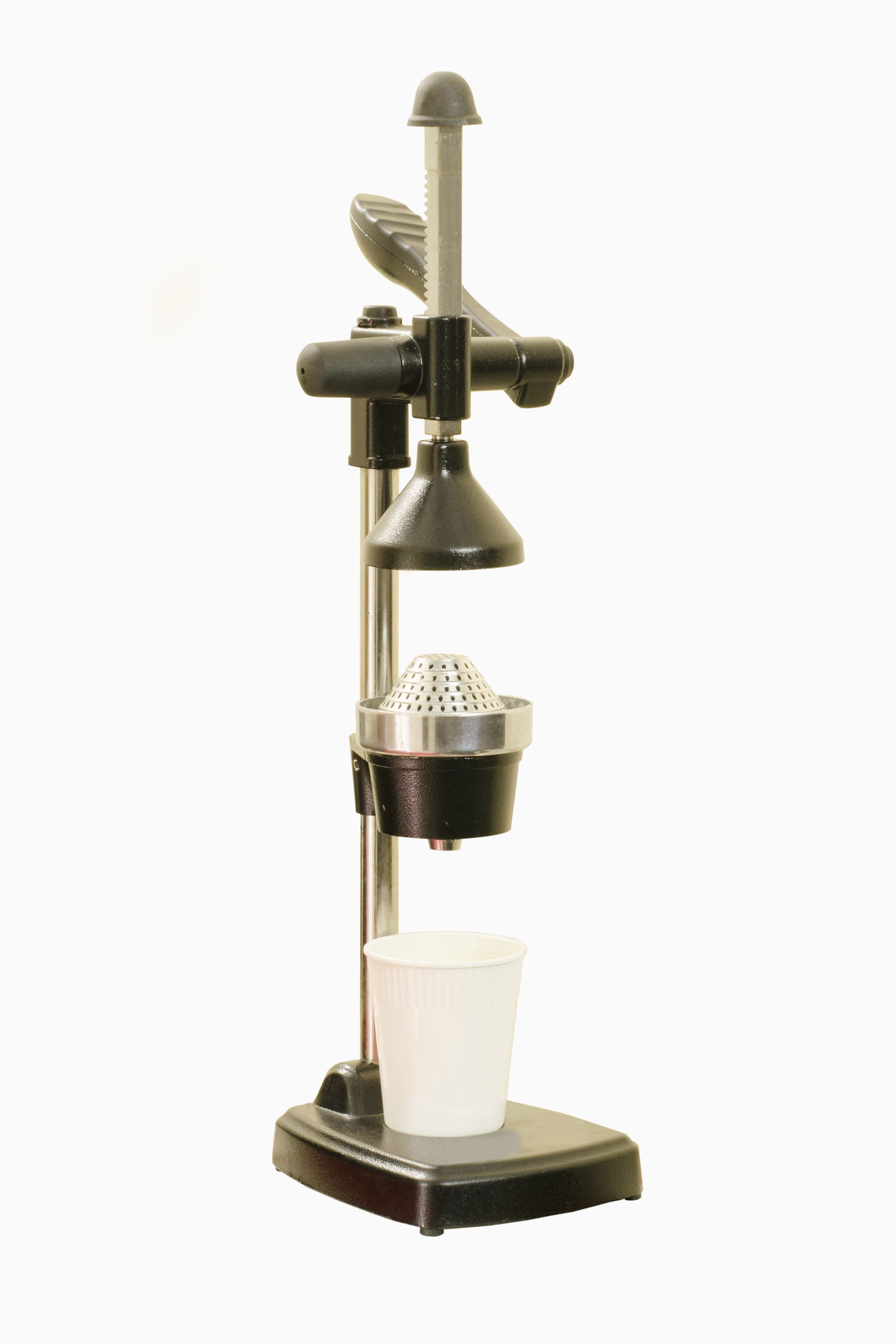 In the United States, Madeline Turner invented the Turner's Fruit-Press, in 1916.

A cider press is used to crush apples or pears. In North America, the unfiltered juice is referred to as cider, becoming known as apple juice once filtered; in Britain it is referred to as juice regardless of whether it is filtered or not (the term cider is reserved for the fermented (alcoholic) juice). Other products include cider vinegar, (hard) cider, apple wine, apple brandy, and apple jack. The traditional cider press is a ram press. Apples are ground up and placed in a cylinder, and a piston exerts pressure. The cylinder and/or piston is "leaky" and the juice is forced from the solids. The traditional cider press has not changed much since the early modern period. The only difference being that in earlier versions of the press horses were used to power the machine. Diderot's Encyclopedie offers a portrayal of the traditional cider press, "This is how the cider mill is made. Imagine a circular trough made of wood connected to two wooden millstones like those used in a windmill, but fixed differently. In a windmill, they are horizontal, but in the cider mill they are placed in the trough vertically. They are fixed to a vertical piece of wood that turns on itself and which is placed in the centre of the circular part of the trough; a long axle passes through them; the axle is joined to the vertical axis; its other end juts out from the trough; a horse → is harnessed to it; the ← horse → pulls the axle by walking round the trough, which also moves the pressing stones in the trough where the apples are pounded. When they are judged to be sufficiently crushed, that is to say, enough for all the juice to be extracted from them, the apples are removed with a wooden spade and put into a large vat nearby. Enough apples are pounded to make a pulp or pomace."