Deventer (; Sallaans dialect, Sallaans: ''Daeventer'') is a List of cities in the Netherlands by province, city and Municipalities of the Netherlands, municipality in the Salland historical region of the Provinces of the Netherlands, province of Overijssel, Netherlands. In 2020, Deventer had a population of 100,913. The city is largely situated on the east bank of the river IJssel, but also has a small part of its territory on the west bank. In 2005 the municipality of Bathmen (with a population of about 5,000 people) was merged with Deventer as part of a national effort to reduce bureaucracy in the country.

Foundation and development in the Middle Ages

Deventer was probably founded around AD 768 by the Kingdom of England, English missionary Lebuinus, who built a wooden church on the east bank of the river IJssel. In January 772 the sack and burning of this church by a Saxon expedition was the cause for the first punitive war waged by Charlemagne to the Saxons, in which, in retribution, the Irminsul (the Saxon sacred tree, probably near modern Paderborn) was destroyed. This was not the first human settlement at the location; between 1981 and 2006, remains of a late Roman Iron Age settlement (dated to c.300 AD) were excavated at Colmschate, 4 km east of the current city

The village of Deventer, already important because of a trading road crossing the river IJssel, was looted and burnt down by the Vikings in 882. It was immediately rebuilt and fortified with an earthen wall (in the street ''Stenen Wal'' remains of this wall have been excavated and restored). Deventer received City rights in the Low Countries, city rights in 956, after which fortifications were built or replaced by stone walls around the city for defense. Between 1000 and 1500, Deventer grew to be a flourishing trade city because of its harbour on the river IJssel, which was capable of accommodating large ships. The city eventually joined the Hanseatic League. One of the commodities it traded in, dried haddock and cod from Norway, gave the citizens the nickname they carry to this day: "Deventer Stockfish, Stokvis" In the 15th century, Deventer had a common mint, where coins for the three IJssel cities Deventer, Zwolle, and Kampen (Overijssel), Kampen were made. Deventer is the birthplace of Geert Groote and home to his Brethren of the Common Life, a school of religious thought that influenced Thomas a Kempis and Erasmus in later times. Together with Haarlem it was among the first cities to have printing presses, dating back to as early as 1477. From around 1300, it also housed a Latin School, which became internationally renowned, and remained in service in changing forms until 1971. Its most well-known was the scholar Desiderius Erasmus, who was born in 1466 and attended the school from 1475 to 1484.

Between 1500 and 1800, the volume of water flowing through the IJssel decreased, decreasing the importance of Deventer's harbour. The competition with trade centres in Holland, as well as the Dutch War of Independence, religious war between 1568 and 1648, brought a decline in the city's economy. In the 18th century, the iron industry came to Deventer. East of the town, so-called "oer", riversand containing iron, was found as early as 900. From this material, ore was produced and brought to town. The main road of the villages Okkenbroek, Lettele and Schalkhaar is still named Oerdijk (Ore Dyke).

In the 19th century, Deventer became an industrial town. Bicycles (Burgers), carpets (Koninklijke Deventer Tapijtfabriek), tins and cans for food and drinks (Thomassen & Drijver), cigars (Horst & Maas en Bijdendijk & Ten Hove), foundry and heavy machinery (Nering Bögel), and textiles (Ankersmit) were produced until the mid to late 20th century. Some of these industries are still thriving today, such as beds and accessories (Auping) and publishing (Wolters Kluwer, now headquartered in Alphen aan den Rijn) The city's trade and industry is still of some importance. The city is host to a factory producing central heating systems, as well as Wolters Kluwer, a global information services and publishing company. The Deventer honey cake (Bussink Deventer Koek), produced in Deventer for over 500 years, is still manufactured locally and sold all over the Netherlands and beyond.

Deventer has seen few military engagements throughout its long history, although it was a garrison city of the Dutch cavalry. The industrial area and harbour were bombed heavily during World War II. The city centre has been largely spared, thus offering a view that has remained largely unchanged for the past few centuries. The female Jewish poet and writer Etty Hillesum lived in Deventer during the war before being deported to Auschwitz. In Schalkhaar, a village only 2 km northeast of the city centre, barracks were used by the German occupying forces to train Nazi policemen. The compound is now a centre for asylum seekers. Deventer has been somewhat popular with the film industry. During the production of the 1977 film ''A Bridge Too Far (film), A Bridge Too Far'', all of the scenes taking place in nearby Arnhem were filmed in Deventer - as Arnhem itself had lost its historic centre. 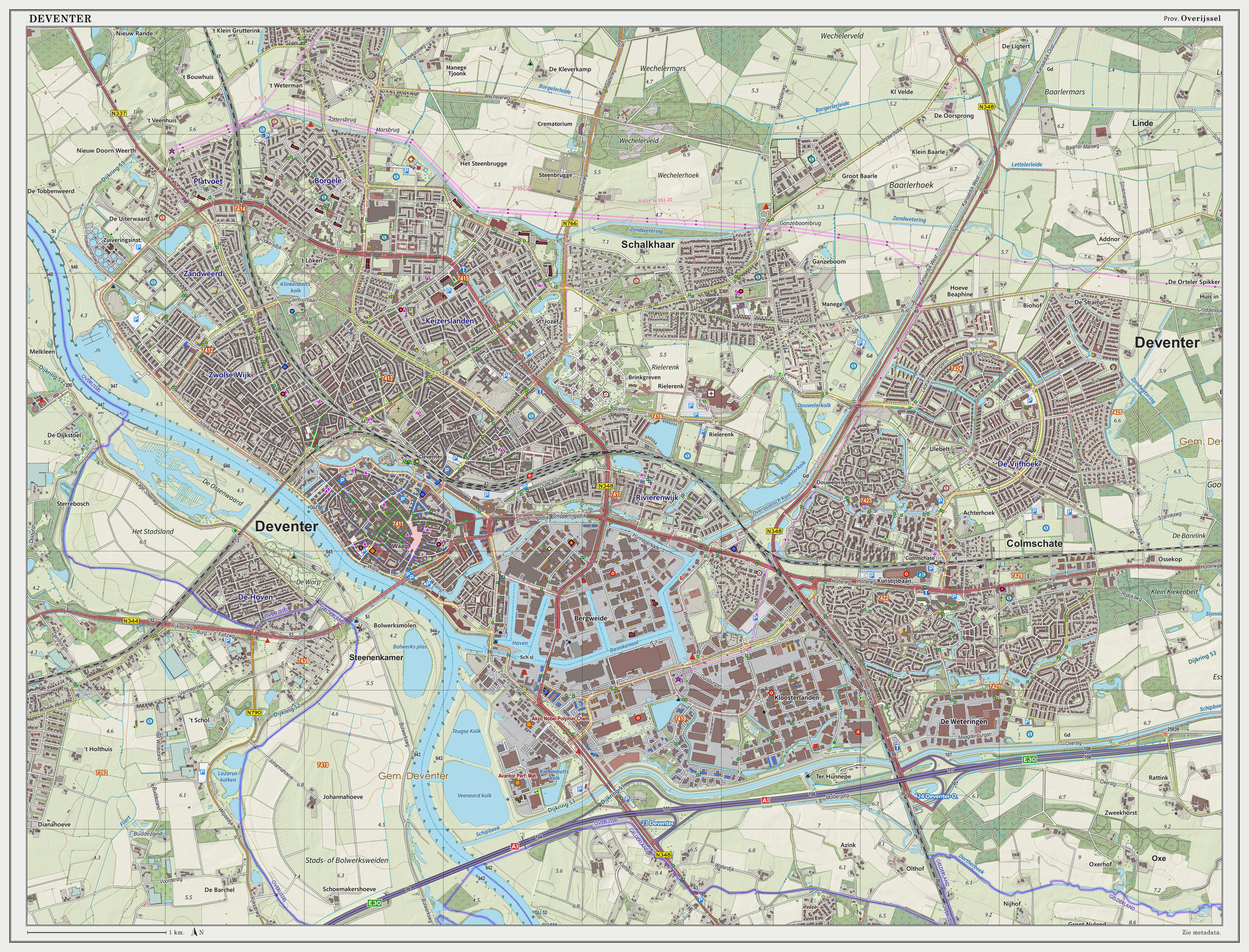 * The Waag (Weighing-house) on the edge of the Brink square, built in 1550 and restored in 2003. The Deventer City Museum is housed inside the Waag. The Museum's collections include industrial and trading history, paintings by Gerard Terborch and Han van Meegeren, silver objects, and prehistoric findings). Thea Beckman's novel ''Het wonder van Frieswijck'' ("The Frieswijck Miracle") features the Waag. ** On the outer wall of the Waag hangs a large kettle that is over 500 years old, said to have been used for a public execution in the late Middle Ages; a man who had produced counterfeit coins was cooked to death in it. According to local tradition, there are holes in the kettle shot by footmen of Napoleon's army around 1809. * The Saint Lebuïnuskerk (St. Lebuin's Church) in Gothic style, with ceiling paintings and an organ. Its tower can be climbed in summer. * The Brink (market square) with houses, shops, and cafes dating from 1575–1900. The market square is also the centre of Deventer nightlife. Alongside this square there is the Bussink "Koekhuisje", where you can buy Deventer Koek (honey-cake). Markets take place every Friday (including one on Good Friday, following a medieval tradition) and Saturday. * The Speelgoedmuseum (Toy Museum) behind the Waag, housed in an old house in the city * The medieval St Nicholas Church, Deventer, Bergkerk (Mountain Church), on top of a small hill (old river dune), now a museum for modern art. * The old streets around the Bergkerk, known as Bergkwartier (Mountain Quarter) situated on and around an old river dune. * The Stadsarchief en Athenaeumbibliotheek (City Archive and Athenaeum Library), the oldest scientific library of the Netherlands (founded in 1560). * De Proosdij in the Sandrasteeg is the oldest stone house of the Netherlands still in use. The earliest parts dating back to around 1130.

Deventer is the home of professional Football club Go Ahead Eagles, who are housed in stadium De Adelaarshorst. De Adelaarshorst is situated in a 1930s neighbourhood and one of the oldest stadiums still in use today. The club was founded in 1902 as Be Quick, although the name was soon changed to Go Ahead at the request of the Royal Dutch Football Association, Dutch Football Association. The suffix Eagles was added in 1971, following a suggestion from the then coach, Barry Hughes. Go Ahead Eagles has been the club of Marc Overmars, Paul Bosvelt, and Bert van Marwijk, whilst providing Henk ten Cate and Leo Beenhakker with their first experience of management. The 1992 founded skating rink De Scheg, which is semi-indoor since 2011, is in the top 10 of fastest skating tracks of the Netherlands. It has been the training accommodation of skaters including Olympic champion Mark Tuitert and the retired former world champion sprint Erben Wennemars. Deventer also houses a number of watersports clubs, due to its situation on the banks of the river IJssel.

* In the first weekend of July, the city centre is the scene of the open air festival "Deventer op stelten" (Deventer on Stilts). Actors and artists give free performances in the streets and on the Brink square. All actors must use stilts during their acts. * In August, Deventer is home to Europe's largest book fair, attracting 125,000 visitors. * The Dickens Festival in December sees some of the oldest streets and alleys in the city dressed up in the style of the Victorian era. In 2018, the festival attracted 125,000 visitors. 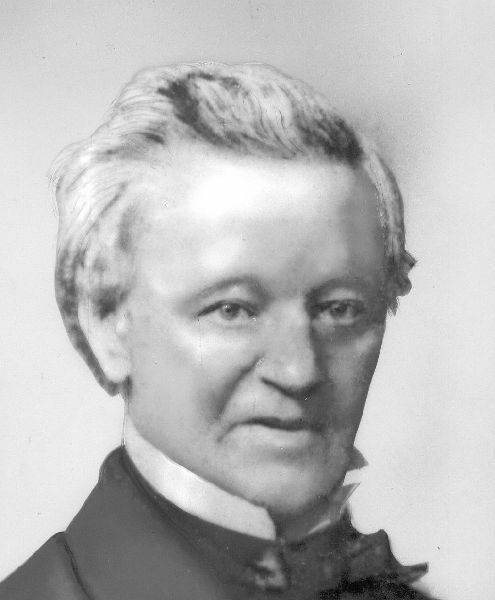