Sir David Robert Bell (born March 1959 in Glasgow) is a public policy analyst who is Vice-Chancellor and Chief Executive of the University of Sunderland. He was previously Vice-Chancellor of the University of Reading for 6 years. Prior to that, he was Permanent Secretary at the Department for Education and its predecessor departments from 3 January 2006 until 2012. Before that he was Chief Inspector of Schools at the Office for Standards in Education from 2002.

Bell studied history and philosophy at Glasgow University and obtained his PGCE from Jordanhill College of Education. He also has a Master of Education degree in management and administration from Glasgow University. Bell then held teaching posts at primary schools in Glasgow, moving on to become a deputy head, and then a headteacher at Kingston Primary School, in Thundersley, Essex.

In 1990, Bell became assistant director of education at Newcastle City Council. During this time he spent a year as a Harkness Fellow at Georgia State University, Atlanta, studying education and local government reform across the United States of America. Bell trained as an Ofsted team inspector in 1993. He became a Registered Inspector in 1994 and carried out inspections in primary schools. He was promoted to director of education and libraries at Newcastle City Council in 1995 and became chief executive of Bedfordshire County Council in 2000. 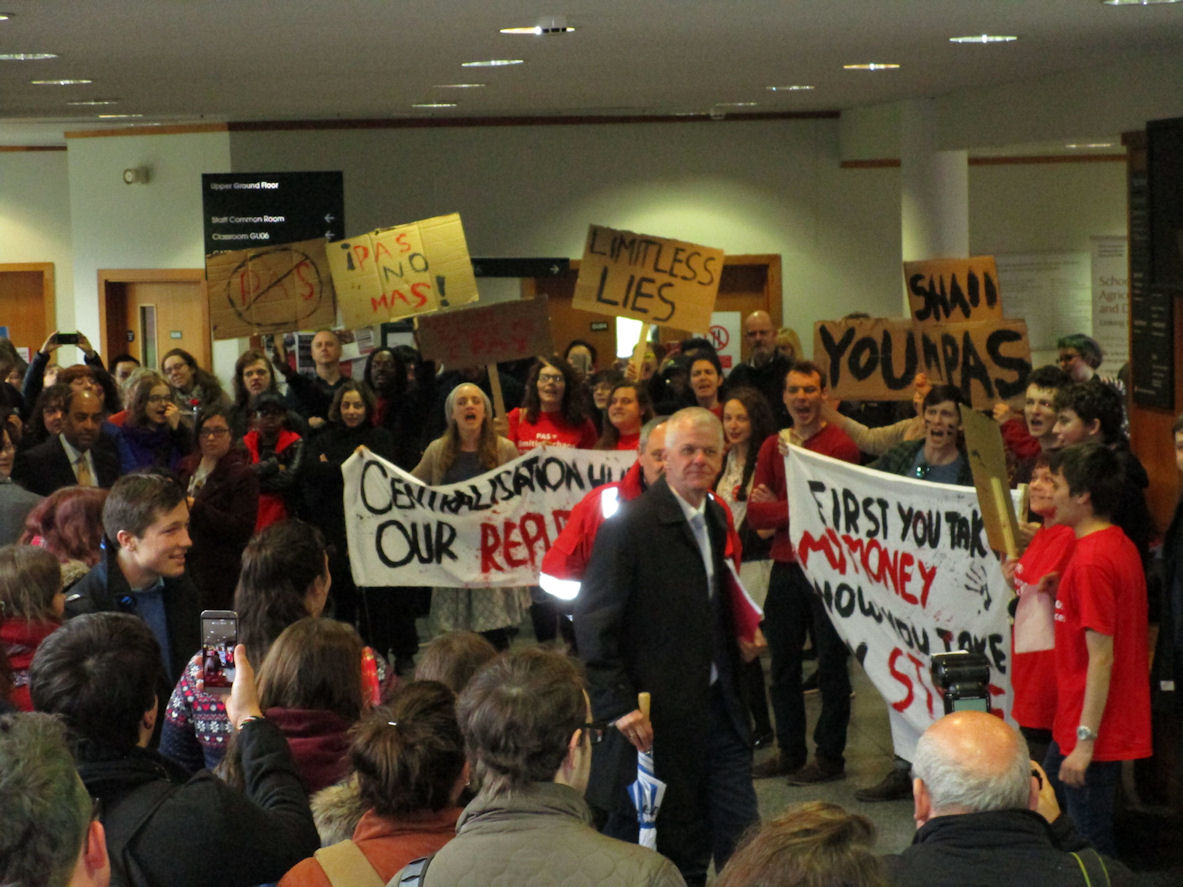 In 2012, Sir David left the civil service to become the Vice-Chancellor of the University of Reading. He succeeded Gordon Marshall. In 2016 a move to reorganise the structure of Reading University provoked student protests. On 21 March 2016, staff announced a vote of no confidence in David Bell, the no-confidence motion being backed by 88% of those who voted. Sir David left Reading “under a cloud”, according to Times Higher Education when it emerged that Reading had returned a £20 million deficit, largely because of its Malaysia campus.

Sir David began his new role as Vice-Chancellor and Chief Executive of the University of Sunderland on 24 September 2018. He announced the closure of history, politics, modern languages and public health courses and research on 13 January 2020.

Bell was appointed Knight Commander of the Order of the Bath (KCB) in the 2011 Birthday Honours. and a Deputy Lieutenant of Tyne & Wear in 2020.