On October 31, 1993, Radio Mindanao Network became the second radio-based network to launch a TV station called Cinema Television 31 (CTV-31) through its flagship station, DWKC-TV. An all-movie channel, its programming included a presentation of Filipino and Hollywood movies respectively, and programs from E!, an American cable channel. It is the first UHF station to be inspired by the format of a cable movie channel. The station once clinched a top spot for its TV ratings in all UHF stations. However, because of the broadcasting rules assigned by National Telecommunications Commission and the matter that they acquired the broadcast rights from E!, CTV-31 stopped its broadcast in September 2000.

left|150px|E! Philippines Channel 31 logo from 2000-2003 In October 2000, E! and RMN announced its partnership to relaunch CTV into E! Philippines Channel 31, with its broadcasting extended into 24 hours. But in 2003, it reduced its broadcasts into 6 primetime-hours, from 6:00 PM to 12:00 MN. Some of E!'s programs were brought to the Philippines and remade in a local version, one of which was ''Wild On! Philippines''. However on June 1, 2003, RMN decided to cease their operations on TV due to financial constraints brought about by few advertisers (e.g. Fortune Tobacco Corporation) and poor television ratings, and somehow to focus only on their 2 radio networks (RMN and iFM). There were several religious groups who had wished to acquire block programming of E! Philippines, but RMN refused to accept their offers. Some programs of E! were broadcast later to Q (now GTV, current aired over Channel 27) via ''E! on Q'', ETC (aired over SBN), Solar News Channel (now CNN Philippines, aired over RPN), and Velvet (now defunct). From July 2011 to December 31, 2019, E! (now defunct) has been available on most major cable/satellite systems in the Philippines distributed by Universal Networks International (a subsidiary of NBCUniversal).

Initial Broadcast and The Game Channel 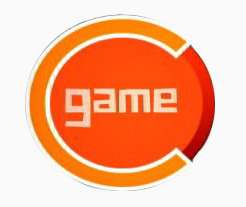 After almost eight years of inactivity on television service, on July 3, 2011, UHF 31 returned its operations as a test broadcast. The station (along with some RMN-owned UHF stations nationwide) was occupied by Broadcast Enterprises and Affiliated Media, after the latter bought up the acquisition by Bethlehem Holdings, Inc. (funded by Globe Telecom's Group Retirement Fund) from RMN. Under new ownership, BEAM began its affiliation partnership with Solar Entertainment Corporation. The network was branded on July 13 as BEAM Channel 31. On August 15, 2011, it started its initial broadcast carrying The Game Channel.

On December 24, 2011, The Game Channel limited its broadcast on daytime sharing with a new programming service called CHASE which takes over the evening block. In February 2012, both services aired a promotion, announcing the split of CHASE and TGC to form themselves as separate channels, which entitled "CHASE goes 24". The changes took effect on February 15, 2012, when The Game Channel bade goodbye to the viewers after its 7-month run on free TV and became a cable-only channel; while CHASE leased and took its entire BEAM airtime on free TV.

On September 7, 2012, Jack TV plugged their announcement thru CHASE programs bearing the title "Another Jack TV is rising, coming soon on this channel" (BEAM Channel 31). This indicated that CHASE was being replaced; finally, on October 20, 2012, Jack City was then launched, marking October 19 as the end of CHASE's broadcasts. Jack City still does carry some of CHASE's programs however. The full broadcast was initiated on November 11, 2012. On June 28, 2013, Jack City was forced to reduce its Free TV broadcast to 18 hours a day on BEAM in compliance with the National Telecommunications Commission's guidelines. However, it still continues to air as a cable channel 24 hours a day. On July 16, 2014, the day that Metro Manila was crippled by "Typhoon Glenda (Rammasun)", the station became inactive. It was later found out that the transmitter located in Palos Verdes in Antipolo City, Rizal received a total damage to some of its facilities done by the said typhoon. As a result, the station shuts down temporarily for another maintenance, and continued its telecast on cable networks. Somehow it resumed telecast on August 10, 2014 at 9:00 PM, but still under observation.

On September 1, 2014, Jack City ceased its affiliation status on BEAM Channel 31 and its provincial affiliates, as BEAM prepares its ISDB-T digital television. However, Jack City continues to broadcast on pay TV networks until March 21, 2015, when the channel was rebranded as CT a day later on March 22, 2015. At the same day, it began using blocktime programs from O Shopping (of ABS-CBN Corporation and CJ Group of Korea) and several programs from TBN Asia (including The 700 Club Asia and Praise the Lord) along with religious programming produced by the Essential Broadcasting Network under the leadership of Bro. Greg Durante of Greg Durante Ministries. On November 15, 2014, the channel is carried over SkyCable, Destiny Cable and other Pay TV subscribers (per compliance with NTC's "must-carry" basis), displacing Jack City to a different cable channel assignment, which is only available for subscribers residing in Metro Manila and neighboring provinces. This also makes BEAM available to cable viewers 24 hours a day once again when it took effect four months later, on March 12, 2015. On March 1, 2015, TV Shop Philippines (also known as revival of Value Vision) began airing on this channel in the afternoon, followed by selected Tagalog-dubbed telenovelas carried from the Telenovela Channel on nighttime. On March 9, 2015, the channel also added Shop Japan to its programming during morning hours; Shop TV began its infomercial service on February 22, 2016 (Shop TV, ironically, is owned by BEAM's former blocktime partner Solar Entertainment), but would end transmission with BEAM after December 31, 2018. By March 1, 2016, all of BEAM's programs were split into digital television streams. O Shopping, TBN, TV Shop and Shop Japan were relocated as their respective digital subchannel of its own; while BEAM became an affiliate of Shop TV in its analog signal, allowing it to cover most of BEAM's airtime (Tagalog-dubbed telenovelas remained on the analog channel during primetime). In May 2016, BEAM added the live video streaming service of ''Philippine Daily Inquirer'' and Trans-Radio Broadcasting Corporation's Radyo Inquirer 990 as its new subchannel affiliate, coinciding with the 2016 Philippine elections. Within the same month, Bacolod City-based travel and lifestyle cable channel Island Living (broadcasting its programs through provincial cable operators including some affiliates of SkyCable from Visayas and Mindanao) became BEAM's new subchannel, followed by the replacement of TBN Asia with Taiwan-based Christian pay TV channel GOOD TV (which is in fact aired as a former blocktime program from Light Network (now Light TV) and as a standalone channel on Destiny Cable and Cignal). GOOD TV PH, however, was replaced by infomercial service EZShop weeks later. Its channel space on digital television remains vacant since July 2016, with GCTV returned a few months later. The channel split of BEAM was finally completed in August 2016 when telenovelas were removed from the network's main/analog feed. Since then, constant changes occur on its digital subchannels from time to time. On January 4, 2020, BEAM's digital transmission was changed frequency from UHF channel 32 to 50.

DWKC-TV currently operates on UHF Channel 50 (689.143 MHz) and is multiplexed into the following subchannels:

According to BEAM president Steve Macion, the station is expected to replace the 60 kW (4.05 megawatt ERP) analog transmitter with a new, DTT-ready transmitter which is currently under transition and would be completed by the end of 2015. Cebu, Davao and Iloilo stations are also expected to upgrade to digital broadcast. Aside from blocktimers, BEAM is now looking for local and foreign partnerships to allocate and generate content up to six digital free TV channels.