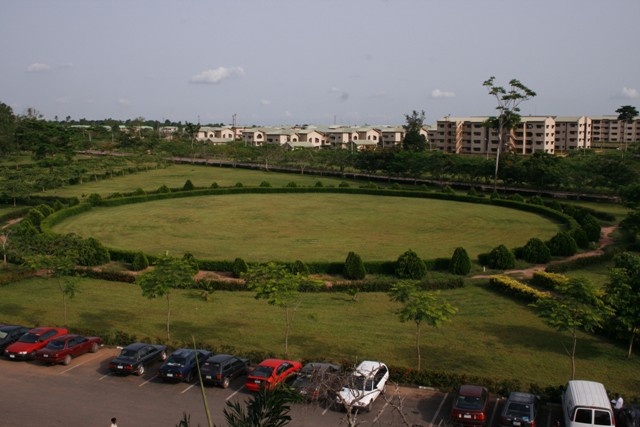 The process of founding Covenant University (CU) started in October 1999, one month after the dedication of Faith Tabernacle in Ota. The university is a product of the Liberation Commission and was established by the World Mission Agency and the Living Faith Church Worldwide. Covenant University opened on 21 October 2002 in Canaanland, Ota, with a Pentecostal Christian mission ethos. It was founded by David Oyedepo, the presiding Bishop of Living Faith Church Worldwide, who is chancellor of the university. Pastor Abraham Ojeme was appointed pro-chancellor of the university on 23 September 2013. 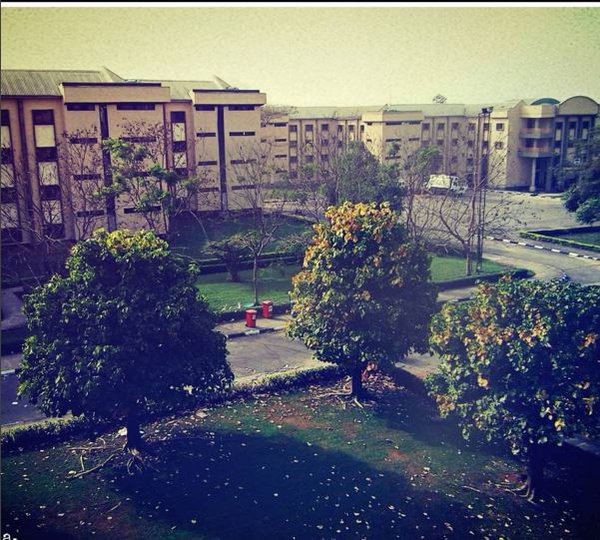 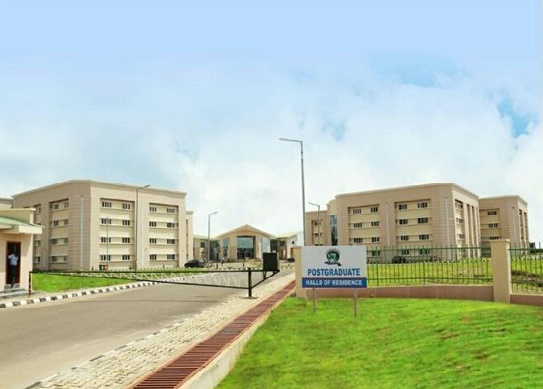 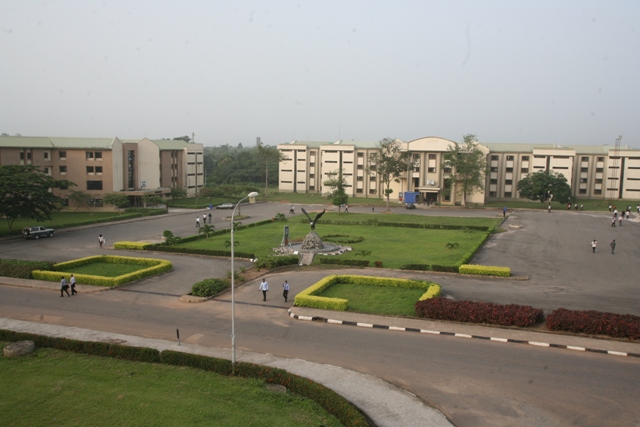 Covenant University's Centre for Learning Resources, otherwise known as the University's Library, is situated between the female Hall of Residence Dorcas Hall and Esther Hall areas of the campus, and directly opposite the University's chapel. The total floor area of the complex is 11,300m. The Library complex is an edifice with three floors, reputed to be one of the largest in Africa. It is designed as a glass structure. It is located amidst the college buildings, the University Chapel and the Halls of Residence. It is able to accommodate up to 3000 readers and about 500 research staff and postgraduate.

In January 2011 Covenant University adopted a policy that mandated all referred publications in journals, conferences and books to be deposited in the University open access repository. This applied to faculty and post-graduate students alike.

Covenant University Secondary School was established on October 14, 2010 to cater for the young population within the university environment.

*Covenant as 2019 National Enactus Champion: History was made on Thursday, July 11, 2019, as West Africa’s No. 1 University, Covenant, at the fourth time of asking, overwhelmed other competitors to emerge overall winner of the 2019 Enactus Nigeria National Competition, held at the Civic Centre, Victoria Island, Lagos. The victory ensured Covenant to represent Nigeria at the international version of the Enactus competition, which held in September 2019 at the Silicon Valley, California, USA. The team led by the Faculty Advisor, Mr Michael Fagbohun, and Team Leader David Iyiola, a 300 Level Civil Engineering Student, beat 17 other teams from various universities across the country. Some of the teams outwitted by Covenant included the 2018 Champion, Ahmadu Belo University, Zaria, which emerged runner-up in this year’s competition, Bayero University Kano, and Federal University of Agriculture, Makurdi. *Covenant Enactus emerged 2nd position at 2018 National Competition. Members of the Covenant University Chapter of Enactus, an international nonprofit organisation dedicated to inspiring students to improve the world through entrepreneurial action. *In 2017 Covenant University Enactus team emerged second best nationwide: The Covenant University Enactus Team has emerged second place winner among the 24 higher institutions that competed at the Enactus Nigeria National Competition, which took place between July 4 and 6, 2017, in Lagos. The 35-man Covenant University’s Enactus Team came tops at the group stage and the semi-finals level where they won a stunning upset over the 7 times back-to-back winner of the competition, Kaduna Polytechnic, Kaduna to qualify for the finals, where they emerged second best. *Enactus Covenant University emerge 3rd position at 2016 Enactus Competition - Covenant had finished 3rd on her maiden appearance in the competition in 2016. The University missed the ultimate diadem by the whiskers in 2017 and 2018, when she emerged runner-up respectively.

The university has received several criticisms and lawsuits in connection with its strict codes of conduct as a Christian school and community.