Charles Ellis Schumer ( ; born November 23, 1950) is an American politician serving as Senate Majority Leader since January 20, 2021. A member of the Democratic Party, Schumer is the senior United States senator from New York, a seat he has held since 1999. He is the current dean of New York's congressional delegation. A native of Brooklyn and a graduate of Harvard College and Harvard Law School, Schumer was a three-term member of the New York State Assembly from 1975 to 1980. Schumer served in the United States House of Representatives from 1981 to 1999, first representing New York's 16th congressional district before being redistricted to the 10th congressional district in 1983 and 9th congressional district ten years later. In 1998, Schumer was elected as a U.S. Senator after defeating three-term Republican incumbent Al D'Amato. He was subsequently reelected in 2004 with 71 percent of the vote, in 2010 with 66 percent of the vote, and in 2016 with 70 percent of the vote. Schumer was chairman of the Democratic Senatorial Campaign Committee from 2005 to 2009, during which time he oversaw 14 Democratic gains in the Senate in the 2006 and 2008 elections. He was the third-ranking Democrat in the Senate, behind Senate Minority Leader Harry Reid and Minority Whip Dick Durbin. He served as Vice Chairman of the Democratic Caucus in the Senate from 2007 to 2017 and was chairman of the Senate Democratic Policy Committee from 2011 to 2017. Schumer won his fourth term in the Senate in 2016 and was then unanimously elected Democratic leader to succeed Harry Reid, who was retiring. In January 2021, Schumer became Senate Majority Leader, and the first Jewish leader of either chamber of Congress.

Schumer was born in Midwood, Brooklyn, the son of Selma (née Rosen) and Abraham Schumer. His father ran an exterminating business, and his mother was a homemaker. He and his family are Jewish, and he is a second cousin, once removed, of actress Amy Schumer. His ancestors originated from the town of Chortkiv, Galicia, in what is now western Ukraine. He attended public schools in Brooklyn, scoring 1600 on the SAT and graduating as the class valedictorian from James Madison High School in 1967. Schumer competed for Madison High on the television quiz show ''It's Academic''. He attended Harvard College, where he originally majored in chemistry before switching to social studies after volunteering on the Eugene McCarthy presidential campaign in 1968. After graduating ''magna cum laude'' and Phi Beta Kappa in 1971, Schumer continued to Harvard Law School, earning his Juris Doctor with honors in 1974. Schumer passed the New York state bar in early 1975. However, he never practiced law, choosing a career in politics instead. 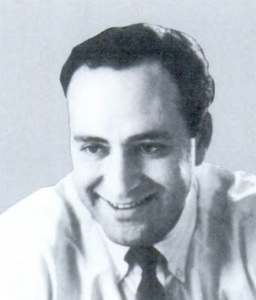 In 1974, Schumer ran for and was elected to the New York State Assembly, filling a seat previously held by Schumer's mentor, Congressman Stephen Solarz. Schumer served three terms, from 1975 to 1981, sitting in the 181st, 182nd and 183rd New York State Legislatures. He has never lost an election. In 1980, 16th district Congresswoman Elizabeth Holtzman won the Democratic nomination for the Senate seat of Republican Jacob Javits. Schumer ran for Holtzman's vacated House seat and won. He was re-elected eight times from the Brooklyn and Queens-based district, which changed numbers twice in his tenure (it was numbered the 16th from 1981 to 1983, the 10th from 1983 to 1993, and the 9th from 1993). In 1982, as a result of redistricting, Schumer faced a potential matchup with Solarz, although the matchup did not actually materialize. In preparation, Schumer "set about making friends on Wall Street, tapping the city's top law firms and securities houses for campaign donations. 'I told them I looked like I had a very difficult reapportionment fight. If I were to stand a chance of being re-elected, I needed some help,' he would later tell the Associated Press."