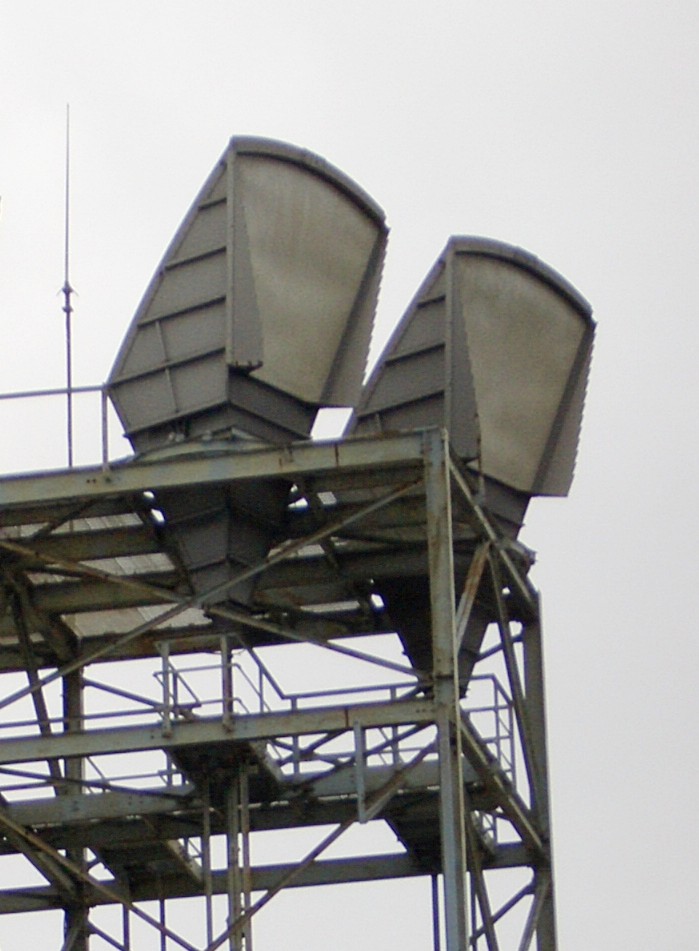 The C band is a designation by the Institute of Electrical and Electronics Engineers (IEEE) for a portion of the electromagnetic spectrum in the microwave range of frequencies ranging from 4.0 to 8.0 gigahertz (GHz); however, this definition is the one used by radar manufacturers and users, not necessarily by microwave radio telecommunications users. The C band (4 to 8 GHz) is used for many satellite communications transmissions, some Wi-Fi devices, some cordless telephones as well as some surveillance and weather radar systems.


Use in satellite communication

The communications C band was the first frequency band that was allocated for commercial telecommunications via satellites. The same frequencies were already in use for terrestrial microwave radio relay chains. Nearly all C-band communication satellites use the band of frequencies from 3.7 to 4.2 GHz for their downlinks, and the band of frequencies from 5.925 to 6.425 GHz for their uplinks. Note that by using the band from 3.7 to 4.0 GHz, this C band overlaps somewhat with the IEEE S band for radars. The C-band communication satellites typically have 24 radio transponders spaced 20 MHz apart, but with the adjacent transponders on opposite polarizations such that transponders on the same polarization are always 40 MHz apart. Of this 40 MHz, each transponder utilizes about 36 MHz. (The unused 4.0 MHz between the pairs of transponders acts as "guard bands" for the likely case of imperfections in the microwave electronics.) One use of the C band is for satellite communication, whether for full-time satellite television networks or raw satellite feeds, although subscription programming also exists. This use contrasts with direct-broadcast satellite, which is a completely closed system used to deliver subscription programming to small satellite dishes that are connected with proprietary receiving equipment. The satellite communications portion of the C band is highly associated with television receive-only satellite reception systems, commonly called "big dish" systems, since small receiving antennas are not optimal for C-band. Typical antenna sizes on C-band capable systems range from 6 to 12 feet (1.8 to 3.5 meters) on consumer satellite dishes, although larger ones also can be used. For satellite communications, the microwave frequencies of the C band perform better under adverse weather conditions in comparison with the Ku band (11.2 GHz to 14.5 GHz), microwave frequencies used by other communication satellites. Rain fade – the collective name for the negative effects of adverse weather conditions on transmission – is mostly a consequence of precipitation and moisture in the air.


Other uses of C band frequencies

The C band also includes the 5.8 GHz ISM band between 5.725 - 5.875 GHz, which is used for medical and industrial heating applications and many unlicensed short range microwave communication systems, such as cordless phones, baby monitors, and keyless entry systems for vehicles. The C-band frequencies of 5.4 GHz band .15 to 5.35 GHz, 5.47 to 5.725 GHz, or 5.725 to 5.875 GHz, depending on the region of the worldare used for IEEE 802.11a Wi-Fi wireless computer networks.

The C-Band Alliance was an industry consortium of four large communications satellite operators in 2018–2020. In response to a Notice of Proposed Rulemaking of July 2018 from the US Federal Communications Commission (FCC) to make the 3.7 to 4.2 GHz spectrum available for next-generation terrestrial fixed and mobile broadband services, the C-Band Alliance (CBA) was established in September 2018 by the four satellite operators—Intelsat, SES, Eutelsat and Telesat—that provide the majority of C-band satellite services in the US, including media distribution reaching 100 million US households. The consortium made a proposal to the FCC to act as a facilitator for the clearing and repurposing of a 200 MHz portion of C-band spectrum to accelerate the deployment of next generation 5G services, while protecting incumbent users and their content distribution and data networks in the US from potential interference. The C-Band Alliance lobbied for a private sale, but the FCC and some members of Congress wanted an auction. In November 2019, the FCC announced that an auction was planned, which could happen as soon as 2020. Cable operators wanted to be compensated for the loss of 200 MHz, which would not include a guard band of 20 MHz to prevent interference. By late 2019, the commercial alliance had weakened. Eutelsat formally pulled out of the consortium in September 2019 over internal disagreements.