COMSAT (Communications Satellite Corporation) is a global telecommunications company based in the United States. By 2007, it had branches in Brazil, Argentina, Colombia, Mexico, Peru, Venezuela and several other countries in the Americas. Although it operated many kinds of data communication technologies, it is best known for its satellite communication services. 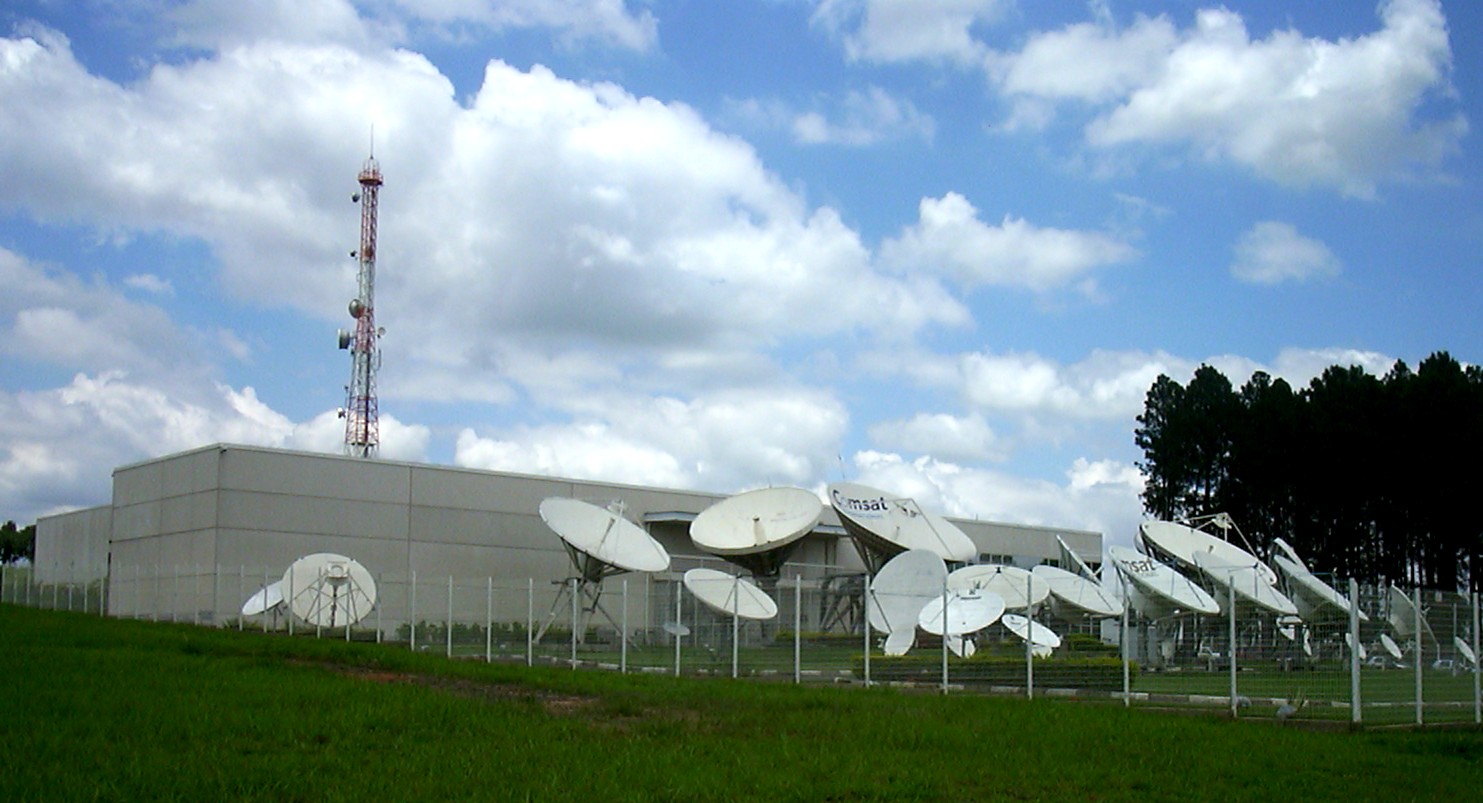 COMSAT Corporation was created by the Communications Satellite Act of 1962 and incorporated as a publicly traded company in 1963. The primary goal of COMSAT was to serve as a public, federally funded corporation intended to develop a commercial and international satellite communication system press. Although the corporation was government regulated, it was equally owned by some major communications corporations and independent investors. COMSAT began operations with its headquarters in Washington, D.C., in 1962, with a six-person founding board of directors appointed by President John F. Kennedy, including: Phil Graham who served as Chairman (until his resignation in January 1963); Leo D. Welch, Joseph V. Charyk, David M. Kennedy, George Killion, Leonard H. Marks, and Bruce Sundlun. In August 1964, COMSAT helped create and was majority owner in the International Telecommunications Satellite Consortium (INTELSAT), an international satellite organization with the goal of global satellite coverage that today has 143 member countries and signatories. COMSAT was responsible for the launching of the Early Bird communications satellite, on 6 April 1965, and has been instrumental in the expansion of communications throughout the world through its various international subsidiaries.

To further satellite technology, in September 1969, COMSAT opened COMSAT Laboratories, a research and development arm, in Clarksburg, Maryland. The founding director of COMSAT Labs was Bill Pritchard from 1969-1973. He was followed by Burton Edelson, director from 1973-1982. Dr. Ramesh K. Gupta, director from 1995-2000. Following many open inquiries into ongoing disagreements with major broadcasting companies and COMSAT, the FCC created the Open Skies Policy in June 1972. This policy authorized the use of satellites for domestic broadcast use and encouraged competition between different systems. In 1976, COMSAT deployed Marisat, three geosynchronous satellite systems providing mobile services to the United States Navy and other maritime customers, and Comstar, a domestic satellite system. To separate these activities from its INTELSAT business as required by the Federal Communications Commission, a subsidiary company named Comsat General was formed. In 1982, the Marisat satellites, along with three Marisat Earth stations (two in the US — Southbury, Connecticut, and Santa Paula, California — and one in Japan) formed the initial operating system for the International Maritime Satellite Organization (INMARSAT). COMSAT provided 2-way communication via geostationary satellite for a number of cruise ships in Caribbean and other offshore applications. The ship on-board system included antenna stabilized with 3-axis gimbals, beacon signal receiver and an active control system to search and lock the antenna on the satellite during the ship maneuvers and severe waves. The system called Startrack was developed by the Canadian company Techwest Data Systems. In 1995, the system was acquired by the UK Marine Data Systems for their floating rigs operations in the North Sea and in 1996 manufacturing moved to Aberdeen, Scotland. On 20 September 1998, Lockheed Martin Corp. and COMSAT Corp jointly announced a two-phase merger agreement valued at approximately US$2.7 billion, contingent upon certain FCC rulings and Congressional legislative accommodations. Upon completion of the transaction, COMSAT will become an integral element of Lockheed Martin Global Telecommunications, a recently formed wholly owned subsidiary of Lockheed Martin Corp. Phase 1 of the transaction was completed via a US$49.50 per share purchase of approximately 49% of COMSAT common stock in September 1999, and phase 2 via a one-for-one tax-free exchange of Lockheed Martin common stock for the remaining 51% of COMSAT common stock (approximately 27.5 million shares) in August 2000, at which time the Lockheed Martin stock (NYSE: LMT) was trading at approximately US$28.50 per share. On 2 August 2000, the COMSAT ticker symbol CQ was removed from the New York Stock Exchange. During the two year approval process, Comsat shareholders lost about US$300 million in purchase value because of a drop in Lockheed Martin stock as the two companies struggled through complex congressional and regulatory hurdles. With the integration of COMSAT, Lockheed Martin Global Telecommunications (LMGT) became the U.S. owner, and the largest shareholder, in both the INTELSAT and INMARSAT systems. INMARSAT was fully privatized on April 15, 1999. Comsat serves as the U.S. Signatory to INTELSAT, and will continue in that role until INTELSAT's expected privatization in 2001 at which point it will become a shareholder. On 27 March 2001, LMGT announced the sale of the COMSAT mobile communications unit, which had been aligned with the satellite services business, to Telenor of Norway for US$116.5 million. This sale was completed on 11 January 2002, and included COMSAT mobile's two Earth station facilities, one in Southbury, Connecticut, and one in Santa Paula, California. Viasat, Inc. acquired COMSAT Laboratories from Lockheed Martin in 2001. On 7 December 2001, Lockheed Martin announced plans to exit its Global Telecommunications services business, disbanding the wholly owned LMGT subsidiary and immediately implementing actions to reassign certain of LMGT's businesses and investments to other operating segments of Lockheed Martin, sell the remaining operations, position investments for monetization, and eliminate the LMGT administrative structure. The COMSAT General telecommunications unit was realigned with the Space Systems business area. COMSAT International Holdings (CIH), formerly known as World Data Consortium, acquired an 81% of COMSAT International (formerly Enterprise Solutions-International, a provider of network services to the South American corporate market) from Lockheed Martin Corporation in the 2nd quarter of 2002. On 11 May 2004, Lockheed Martin announced that Intelsat|Intelsat, Ltd. would acquire Lockheed Martin's COMSAT General business for US$90 million. At that time COMSAT General provided satellite-centric telecommunications services and equipment, concentrating on international fixed and mobile satellite systems. In the 2nd quarter of 2007, BT Group of the United Kingdom announced the acquisition of COMSAT International from CIH,