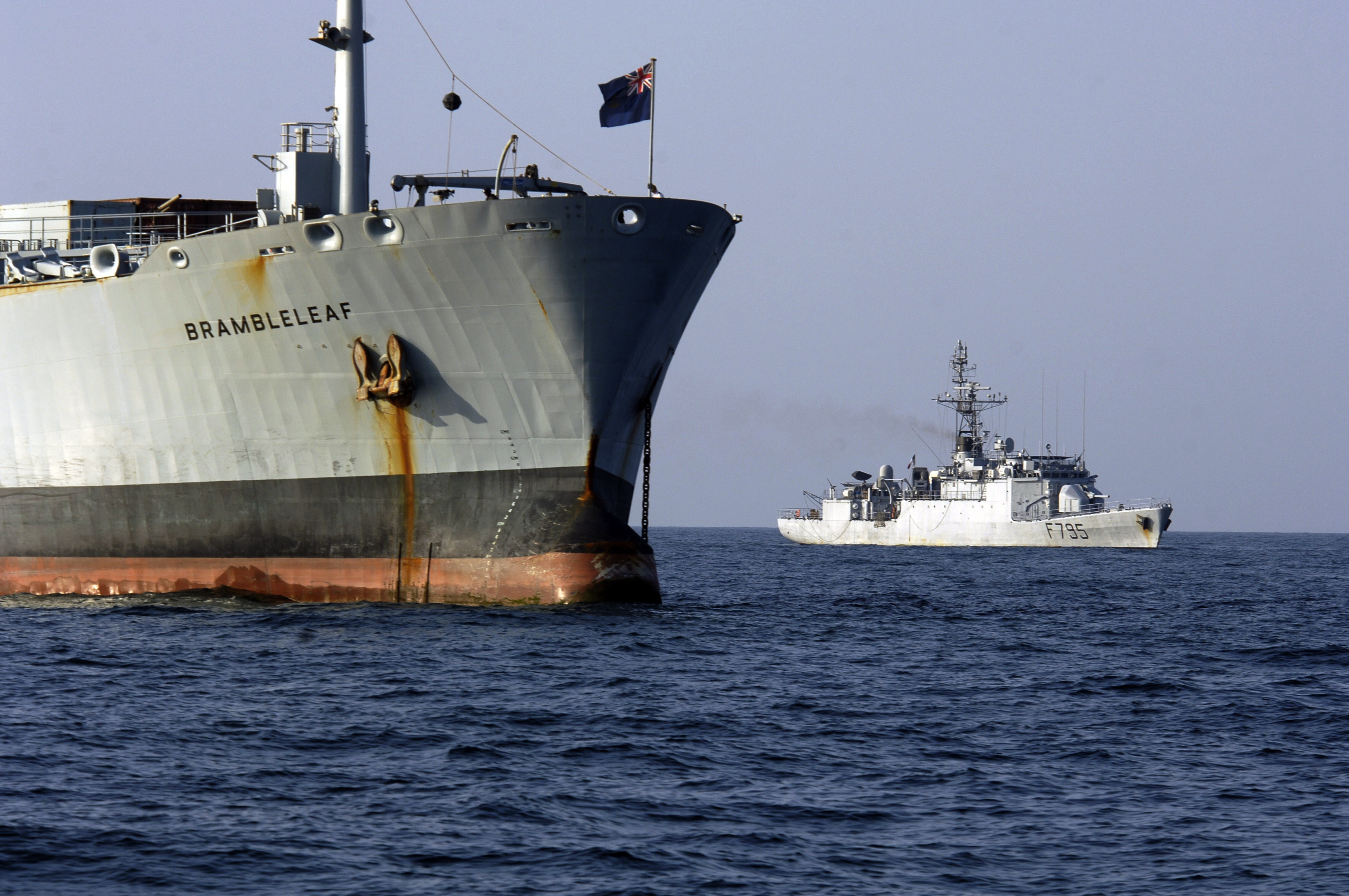 The Blue Ensign is a flag, one of several British ensigns, used by certain organisations or territories associated or formerly associated with the United Kingdom. It is used either plain or defaced with a badge or other emblem. The evolution of the Blue Ensign followed that of the Union Jack. The ensign originated in the 17th century with the St George's cross (the Flag of England) in the canton, and with a blue field. The Acts of Union 1707 united England and Wales with Scotland in the Kingdom of Great Britain, thus producing a new Blue Ensign with the new Union Flag in the canton. With the Act of Union 1800, Ireland became a part of the new United Kingdom of Great Britain and Ireland, and St Patrick's Cross was incorporated into the Union Flag and, accordingly, into the cantons of all British ensigns from 1 January 1801.

Prior to the reorganisation of the Royal Navy in 1864, the plain blue ensign had been the ensign of one of three squadrons of the Royal Navy, the Blue Squadron. This changed in 1864, when an order in council provided that the Red Ensign was allocated to merchantmen, the Blue Ensign was to be the flag of ships in public service or commanded by an officer in the Royal Naval Reserve, and the White Ensign was allocated to the Navy. Thus, after 1864, the plain blue ensign (i.e., without any defacement or modification) is permitted to be worn, instead of the Red Ensign, by three categories of civilian vessel: # British merchant vessels whose officers and crew include a certain number of retired Royal Navy personnel or Royal Naval Reservists, or are commanded by an officer of the Royal Naval Reserve in possession of a Government warrant. The number and rank of such crew members required has varied over the years, as have the additional conditions required, since the system was first introduced in 1864. # Royal Research Ships by warrant whether manned by former Royal Navy personnel or Merchant Navy personnel. # British-registered yachts belonging to members of the following yacht clubs: : Permission for yachts to wear the blue ensign (and other special yachting ensigns) was suspended during both World War I and World War II.

Government Ensign of Gibraltar (there is another flag, not based on an ensign, that is commonly used on land) * Flag of Montserrat * Flag of Pitcairn Islands * Flag of Saint Helena * Flag of Turks and Caicos Islands Former flags: The defaced blue ensign was formerly used as: * Flag of Bengal Presidency * The flag of the Gilbert and Ellice Islands Colony from 1937 to 1976, then the flag of the Gilbert Islands (1976-1979). * The jack of the Royal Canadian Navy from its inception until the adoption of the Maple Leaf flag in 1965. The blue ensign was approved by the British Admiralty in 1868 for use by ships owned by the Canadian government. *The ensign (1879–1928) and the jack (1928–1947) of the Royal Indian Navy (HM Indian Marine: 1879–1892, Royal Indian Marine: 1892–1934, Royal Indian Navy: 1934–1950):