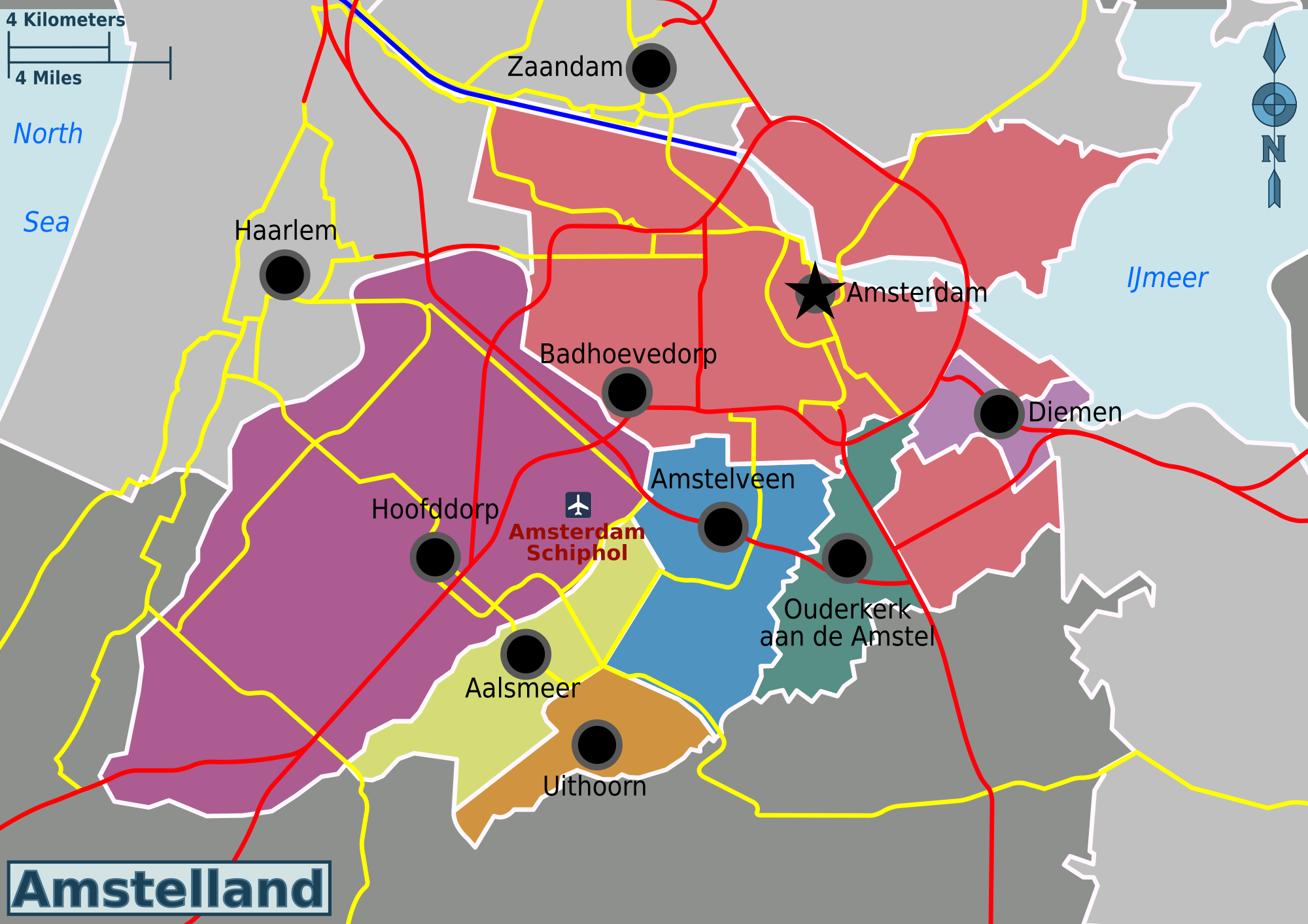 Amstelland is the area along the river Amstel in the Netherlands, beginning in South Holland and running north towards Amsterdam in southern North Holland.

Amstelland's history is inextricably linked with the Amstel river and the growth of Amsterdam. Its history is essentially the history of Amstelveen, Aalsmeer, Ouderkerk aan de Amstel and the other towns. The river was important in medieval times as a waterway leading to the south and to Utrecht. The oldest settlement in the area was Ouderkerk aan de Amstel, which dated from the 11th century (and thus is older than Amsterdam). Amsterdam at this time was a small fishing village at the mouth of the Amstel. A part of Utrecht, this area was part of the seigniory (heerlijkheid) of the Van Aemstel family. At one point the right bank of the Amstel was being referred to as the "Old Amstel" (Ouder-Amstel), the left bank as the "New Amstel" (Nieuwer-Amstel). Peat was an important source of fuel at the time. The fens around the river were dredged for their peat. By the 13th century there was a small community of peat workers in the fens west of the Amstel—the "Amstel fen" (Amstelveen) in Nieuwer-Amstel. Meanwhile, when a dam was constructed at the mouth of the Amstel, the now strategically located fishing hamlet in the north of Nieuwer-Amstel grew quickly. The settlement on the Amstel dam became "Amstellerdam" (or something similar), which became "Amsterdam". Amsterdam acquired city rights around 1300 and quickly dominated the entire region. After the Napoleonic occupation of the Netherlands, the French created new administrative divisions in the Netherlands and named them (as they did in France) after major rivers. From 1807 to 1810, there was a ''département'' called "Amstelland". The ''landdrost'' (''préfet'') was Jan van Styrum. On 1 January 1811 Amstelland was integrated into a new ''département'' called Zuyderzee (Zuyderzée), with van Styrum remaining in office until 11 February 1811. "Amstelland" was no longer used as the name. In 1896 and 1921 Amsterdam annexed parts of Nieuwer Amstel and built suburbs (Rivierenbuurt) along the Amstel. Today Amsterdam and Amstelveen have grown extensively, including large parts of land on both sides of the river. However, much of Amstelland has remained undeveloped and has retained its green, rural character. 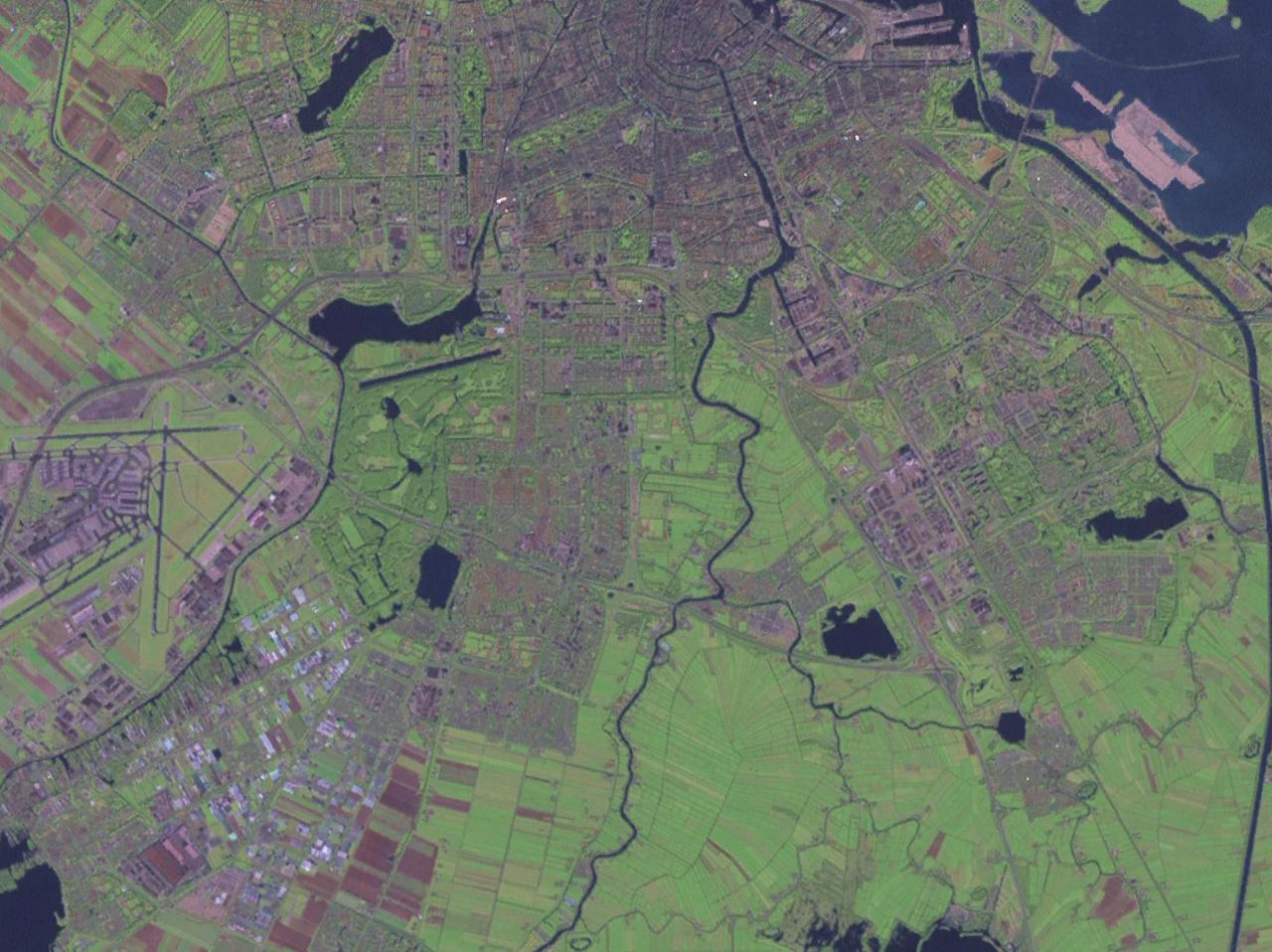 The term Amstelland nowadays generally refers to the area along the river Amstel just south of the city of Amsterdam. The borders of Amstelland are not, however, precisely defined and the meaning of Amstelland can depend on the context.

Amstelland includes the green wedge-shaped area that juts into Amsterdam from the south. Extending south of the Utrechtsebrug, this green area has a rural character and remains free of development. It is managed by an organisation called Groengebied Amstelland ("Amstelland Green Area"). When used in this sense, Amstelland means just the triangle of green space just south of Amsterdam and does not include the surrounding built-up areas and villages. It is seen as an area worth protecting because of the green and rural elements it brings almost into the heart of Amsterdam. Not every city can boast that there is pasture land just a 15-minute cycle away. A project called Toekomst Amstelland ("Future Amstelland") has been set up to help protect this area and guide its future. They define the borders of Amstelland as follows: "The area between the A9, Amstelveen, Ouderkerk aan de Amstel, Uithoorn, De Ronde Venen, Abcoude and Amsterdam-Zuidoost."