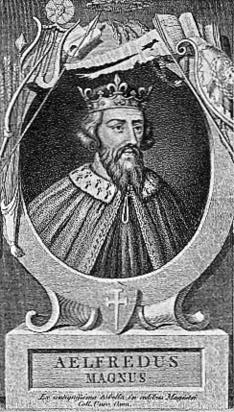 with music by Thomas Arne and a
libretto A libretto (Italian for "booklet") is the text used in, or intended for, an extended musical work such as an opera Opera is a form of theatre in which music is a fundamental component and dramatic roles are taken by Singing, singers, but is ...
by David Mallet and James Thomson (poet), James Thomson. The work was initially devised as a masque in 1740 and was first performed at Cliveden, country home of Frederick, Prince of Wales, on 1 August 1740 to commemorate the accession of George I of Great Britain, George I and the birthday of the Princess Augusta of Great Britain, Princess Augusta. Arne later revised the work turning it into an all-sung oratorio in 1745 and then an opera in 1753. It is best known for its wikt:finale, finale "Rule, Britannia!".

Frederick, a German prince who had grown up in Electorate of Hanover, Hanover and at whose house the masque was first performed, had arrived in Britain as an adult and was on very bad terms with his father. He made considerable efforts to ingratiate himself and build a following among his subjects-to-be (although he never ultimately reigned, as he died before his father in 1751). A masque linking the prince with both the ancient hero-king
Alfred the Great Alfred the Great (848/49 – 26 October 899) was king of the West Saxons from 871 to and king of the Anglo-Saxons from to 899. He was the youngest son of King Æthelwulf, who died when Alfred was young. Three of Alfred's brothers, Æthelba ...

's victories over the Vikings, together with the contemporary issue of building British sea-power, went well with his political plans and aspirations. Thomson was a Scottish poet and playwright who spent most of his adult life in England and hoped to make his fortune at Court (royal), Court. He had an interest in helping foster a British identity, including and transcending the older English and Scottish identities. In its original form, ''Alfred'' contained only seven musical numbers, including the famous patriotic song "Rule, Britannia!" With successive additions, Arne significantly expanded the music, and the final version was an all-sung opera in three acts. Today, the third and final version of the work is the one that is most often performed.

The following synopsis is based on the work as performed in London at the Her Majesty's Theatre, King's Theatre in 1753 and the Theatre Royal, Drury Lane, Drury Lane Theatre in 1754 and is the version performed by Bampton Classical Opera in 1998. The setting is the Athelney, Isle of Athelney in the year 878. Following a defeat by the Vikings, Alfred the Great, Alfred has taken refuge in the hut of the shepherd Corin and his wife Emma who wonder about the mysterious stranger. Alfred expresses his anguish at the state of affairs of his kingdom and prays to the Genius of Britannia. Alfred's wife Ealhswith, Eltruda and his son Edward the Elder, Edward arrive and rejoice at finding him alive. Corin and Emma still have no idea who their guests really are. Later, Edward brings news that twelve hundred Britons loyal to Alfred are camped nearby and awaiting his command. Emma and Corrin now realise the true identity of their guests as Alfred departs for battle. When news of his victory reaches them, all rejoice. Edward praises the return of British values. Alfred, exhorts his people: "Britons, proceed, the subject deep command, awe with your navies ev'ry hostile land". In response, all sing "Rule Britania", an ode in honour of Great Britain.