Afrikaner nationalism ( af|Afrikanernasionalisme ) is a political ideology that was born in the late nineteenth century among Afrikaners in South Africa. It was immensely influenced by anti-British sentiment which grew strong among the Afrikaners, especially because of the Boer Wars. According to historian T. Dunbar Moodie, Afrikaner nationalism could be described as a kind of civil religion that combined the history of the Afrikaners, the formalised language (Afrikaans) and Afrikaner Calvinism as key elements. A major proponent of the ideology was the secret ''Broederbond'' organisation and the National Party that ruled the country from 1948 to 1994. Other organisations aligned with Afrikaner nationalist ideology were the Federation of Afrikaans Cultural Organisations (Afrikaans: ''Federasie van Afrikaanse Kultuurvereniginge'', FAK), the Institute for Christian National Education and the White Workers' Protection Association.

One of the first champions of Afrikaner nationalism was an ordained minister, Stephen Du Toit (1847–1911) of the Dutch Reformed Church, who became one of the founding members (1881) of the Afrikaner Bond as well as the publisher of ''Die Afrikaanse Patriot'' newspaper (founded in 1876). In his writings, Du Toit put forward the notion that Afrikaners were a distinct nationality with a fatherland (South Africa) and their own language (Afrikaans) and that the destiny of the ''volk'' was to rule South Africa. 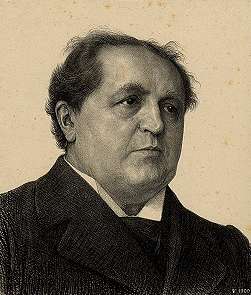 Religion, especially Afrikaner Calvinism, played an instrumental role in the development of Afrikaner nationalism and consequently in the apartheid ideology. The Dutch Reformed Churches of South Africa engaged throughout the 18th century in a constant battle against modernism and modernity. They aligned with the conservative views of Abraham Kuyper (1837–1920), who emphasised God's authority over separate spheres of creation. Such spheres (for example: historical nations) had to be preserved and protected from liberalism and revolutionary ideologies. Kuyper also rejected the Enlightenment with its emphasis on human rationality and individuality and thought that it had led to the ideals of equality, fraternity and freedom of the French Revolution. In his view, all these ideas challenged God's authority. Afrikaner theologians worked from this foundation and defined a number of political, economic and cultural spheres that had their separate, independent destinies. Afrikaner history was also reinterpreted through a Christian-nationalistic ideology. Paul Kruger, president of the Transvaal from 1883 to 1902 and a founding member of the ''Gereformeerde Kerke van Zuid-Afrika'' or "Dopper Church", referred to a "sacred history" with the ''volk'' as the chosen people, where the Great Trek of the 1830s was seen as the Exodus from British rule in the Cape to the Promised Land of the Boer Republics.

During the 1930s and 1940s many intellectuals participated in the theoretical formulation of Afrikaner nationalism. Nicolaas Johannes Diederichs, who later (1975-1978) became South Africa's president, formulated Afrikaner nationalistic ideology in his 1936 book ''"Nationalism as a Worldview and Its Relationship to Internationalism"'' through Kuyperian theology. According to Diederichs, God created nations and these nations had a God-ordained right to exist as separate entities. Therefore, Afrikaners could refuse a "British-designed" South Africa in which they would co-exist with other ethnic groups as a minority. Geoffrey Cronje developed these ideas further and argued that as long as the Afrikaner existed as a minority in a racially and culturally different environment, they could not allow the black majority to develop economically or politically, since this would lead to black domination. He acknowledged this as unjust and unchristian and as a solution offered total segregation, that is apartheid, between the blacks and the whites. The Afrikaner nationalist intelligentsia, along with the National Party and the ''Broederbond'', ended up formulating a radical nationalistic policy which rejected British hegemony in economics and politics as well as ethnic ''mengelmoes'' ("mess") induced by the transportation of black migrant workers around the country. They proposed as a solution the drastic reordering of the South African demographic map with a dominant Afrikaner Republic not influenced by British imperialism. However, because of the opposition of the urban middle class, they did not propose a return to conservative, pre-modern Boer pastoralism.

Initially during the 19th century the position of the Dutch Reformed Church on the nationalist issue was more pragmatic than ideological and for example, in South Africa, racial segregation was accepted as a harmonious way of administering a heterogeneous community. The economic depression in South Africa between 1905 and 1909 changed this attitude when a new group of "poor whites", mostly Afrikaners, emerged. By 1939 racial segregation had become a church dogma: :"The policy of segregation as advocated by the Afrikaner and his church is the holy calling of the Church to see to the thousands of poor whites in the cities who fight a losing battle in the present economic world... The application of segregation will furthermore lead to the creation of separate healthy cities for the non-whites where they will be in a position to develop along their own lines, establish their own institutions and later on govern themselves under the guardianship of the whites" The Afrikaner state as a Christian civilisation thus had an alleged divine right to stay separate and to rule the surrounding "heathen" nations.

Afrikaner nationalism and Nazism had common roots in religio-nationalism and in Pan-Germanism, and therefore the racist elements of both movements could assimilate. For example, Afrikaner criticism of the capitalistic system in the inter-war period was quite anti-Semitic. Many Afrikaner nationalists also viewed a strong government on Nazi-German lines as necessary to protect the nation (''volk)''. Just before and during World War II (1939–1945), these sentiments led to the appearance of a number of pro-Nazi Afrikaner nationalistic organisations, such as the ''Ossewabrandwag'' (founded in February 1939) and its paramilitary wing ''Stormjaers''. 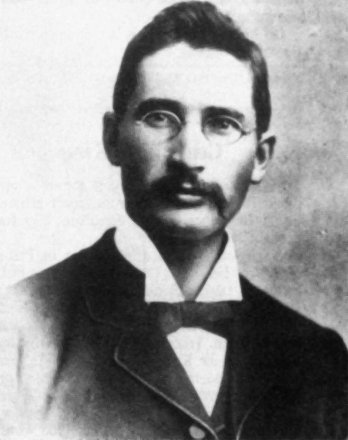 J. B. M. Hertzog led the National Party to the 1915 and 1920 elections under the slogan "South Africa first" to create a South Africa independent from the British influence. In the 1924 elections he defeated the South African Party led by Jan Smuts, after Smuts had used force to end the Rand Revolt of white miners in 1922, and stayed in power for 15 years in a coalition government with the Labour Party. During his reign, he steadily promoted Afrikaner nationalism while deepening the racial segregation in the country. 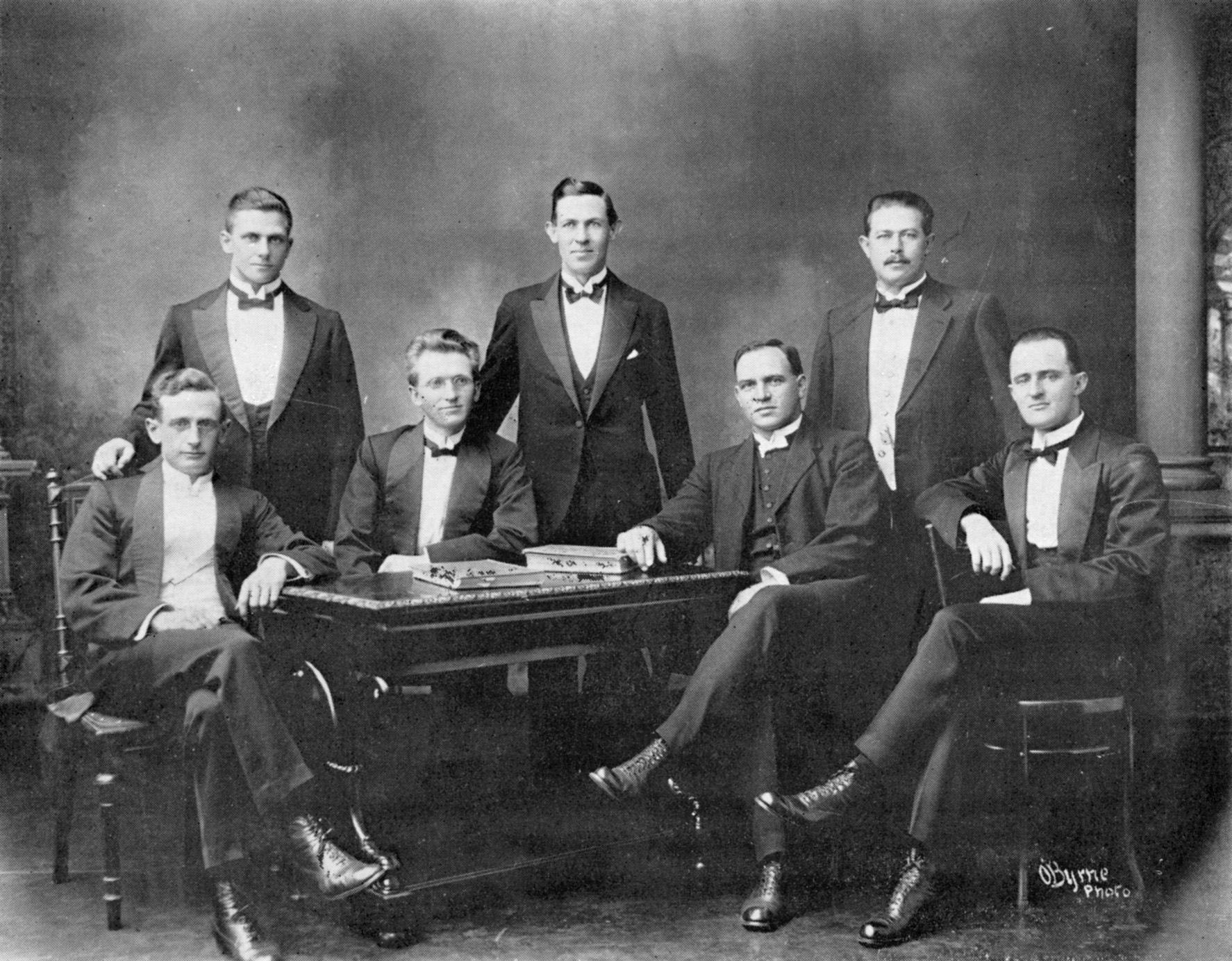 During the 1930s a group of ''Broederbond'' members shaped Afrikaner nationalistic ideology, by trying to create a common "Christian-nationalistic" identity for all white, Afrikaans speaking South Africans as well as introducing the idea of ''Volkskapitalisme'' (people's capitalism) that tried to take control from the "British" or "Jewish" foreign economic system and adapt it to the Afrikaner's national character. ''Volkskapitalisme'' strived to improve the economic conditions of the Afrikaners who in general at the time were less well-off than the English-speaking whites in South Africa. In practice the program consisted of utilising Afrikaner capital into new and existing Afrikaner businesses. Although ''volkskapitalisme ''managed to develop some Afrikaner businesses, such as Sanlam and Volkskas into corporate giants that still have a central role in South African economy, ultimately the economic benefits for the majority of the poor Afrikaners were slim. Despite the efforts of ''Broederbond'' activists to "Afrikanerise" South Africa, the uptake of this new Christian-nationalistic Afrikaner identity was slow and unenthusiastic. According to electoral studies the majority of the target group (white, Afrikaans speaking South Africans) did not vote for the Afrikaner nationalistic National Party until the early 1960s.

During the 1930s and 1940s Afrikaner nationalists constructed an "imagined community" of the Afrikaner with maps and narratives of its heroic past, moral purpose and a place among other nations. These ideas were spread through new emerging Afrikaner print media, such as the Christian-nationalistic journal ''Koers'' (Direction) and more popularised magazines such as ''Inspan'' and ''Huisgenoot'' as well as books published by the ''Burger Boekhandel'' publishing house and the newspapers ''Die Burger'', ''Transvaler'' and ''Volksblad''. The usage of Afrikaans instead of Dutch was aggressively promoted throughout the 1920s especially in white schools. The Bible was translated into Afrikaans by J. D. du Toit, E. E. van Rooyen, J. D. Kestell, H. C. M. Fourie and BB Keet in 1933.

The South African opposition during World War II to the country's involvement in the war against Nazi Germany led to the National Party's rise to power in the 1948 elections and the implementation of apartheid politics in the country culminating finally in Afrikaner nationalistic mobilisation in 1961 when the country resigned from the British Commonwealth and became a republic. The National Party government implemented, alongside apartheid, a program of social conservatism. Pornography, gambling and other such vices were banned because they were thought to be elements contrary to the "Afrikaner way of life". By way of illustration, in keeping with their Calvanistic values, adultery and attempted adultery were also banned (by the Immorality Amendment Act, Act No 23 of 1957).

During the 1960s a split emerged among the Afrikaner electorate over the issue of how to preserve a distinct identity in a multi-ethnic society: one faction insisted on preserving the national identity through strict isolation, while others thought that such barriers needed to be relaxed. Evidence of this manifested itself in the 1970 election as a radical splinter group from the National Party, the Herstigte Nasionale Party, got 3.59% of the vote compared to the National Party's 54.86%. The gulf widened further during the 1980s partly due to international pressure against apartheid. One notable Afrikaner nationalist organisation was the Afrikaner Weerstandsbeweging (AWB), a political and former paramilitary group. The group had the support of an estimated 5–7 percent of white South Africans in 1988. The organisation was consumed with personal and militant scandals in the late 1980s and early 1990s which led to a diminished support. This organisation however, never garnered substantial Afrikaner support and which substantial support was retained by the National Party until its dissolution. In the 1990s the National Party acknowledged the failure of its ethnic project and under the leadership of F. W. De Klerk dismantled the political system set up from 1948. After apartheid, Afrikaner nationalism lost most of its support.

250px|The "''Vryheidsvlag''" (Freedom Flag), registered in 1995 with the South African Bureau of Heraldry as the flag of the Afrikaner Volksfront. Although it has mostly disappeared from publicity, Afrikaner nationalism is kept alive through such political initiatives as the ''Cyber Republic of the Boer Nation'', which claims to be "the only white indigenous tribe in Southern Africa" and has tried to appeal to the UN Working Group on Indigenous Populations for the protection of cultural, linguistic and religious rights of people around the world. Also some marginal right wing political parties, such as the Herstigte Nasionale Party, still declare their goal to be the "unashamed promotion of Afrikaner nationalism". Front National (South Africa); a political party in South Africa also emerged in the post-apartheid years promoting Afrikaner Nationalism. The party is linked to
South Africa Today
' a media outlet that reports about South African farm attacks and other issues that affect white South Africans. The tradition of Christian-national education is continued by the Movement for Christian-National Education ( af|Beweging vir Christelik-Volkseie Onderwys) which educates the youth about the Boere-Afrikaner ''volk'' in the Afrikaner Calvinist tradition, Boer culture and history as well as in the Afrikaans language. The Afrikaner Weerstandsbeweging has largely been inactive in South Africa since the demise of apartheid, although in 2008, the organisation was reactivated and is actively seeking an Afrikaner secessionist state within South Africa. On 3 April 2010, Eugene Terre'Blanche, leader of the AWB, was murdered on his farm.