The 1988 Summer Olympics ( ), officially known as the Games of the XXIV Olympiad and commonly known as Seoul '1988, were an international multi-sport event held from 17 September to 2 October 1988 in Seoul, South Korea. 159 nations were represented at the games by a total of 8,391 athletes (6,197 men and 2,194 women). 237 events were held and 27,221 volunteers helped to prepare the Olympics. The 1988 Seoul Olympics is the second summer Olympic Games held in Asia. South Korea ranked fourth overall, winning 12 gold medals and 33 medals in the competition. 11,331 media (4,978 written press and 6,353 broadcasters) showed the Games all over the world. These were the last Olympic Games for the Soviet Union and East Germany, as both ceased to exist before the next Olympic Games in 1992. The Soviet Union utterly dominated the medal count, winning 55 gold and 132 total medals. No nation came even close to repeating this result after 1988. Compared to the 1980 Olympics (Moscow) and the 1984 Olympics (Los Angeles), which were divided into two camps by ideology, the 1988 Seoul Olympics was a competition in which the boycott by ideology has virtually disappeared. However, the boycott was not completely over. North Korea, who had conflict with South Korea, boycotted the 1988 Seoul Olympics, and five socialist countries, including Cuba, an ally of North Korea, boycotted the Seoul Olympics. These countries are IOC did not respond to the invitation sent. Nicaragua did not participate due to athletic and financial considerations. The participation of Madagascar had been expected, and their team was expected at the opening ceremony of 160 nations; however, the country withdrew for financial reasons. Nonetheless, the much larger boycotts seen in the 1976, 1980 and 1984 Olympics were avoided, resulting in the largest number of participating nations during the Cold War era. Except for seven boycott countries, all countries around the world participated. And this marked the Seoul Olympics as a symbolic Olympic event that laid the groundwork for the end of the Cold War. The history of the Olympic boycott ended completely at the 1992 Barcelona Olympics four years later.

Seoul was chosen to host the Summer Games through a vote held on 30 September 1981, finishing ahead of Nagoya, Japan. Below was the vote count that occurred at the 84th IOC Session and 11th Olympic Congress in Baden-Baden, West Germany. After the Olympics were awarded, Seoul also received the opportunity to stage the 10th Asian Games in 1986, using them to test its preparation for the Olympics.

Significance of 1988 Olympics in South Korea

Hosting the 1988 Olympics presented an opportunity to bring international attention to South Korea. The idea for South Korea to place a bid for the 1988 Games emerged during the last days of the Park Chung-hee administration in the late 1970s. After President Park's assassination in 1979, Chun Doo-hwan, his successor, submitted Korea's bid to the IOC in September 1981, in hopes that the increased international exposure brought by the Olympics would legitimize his authoritarian regime amidst increasing political pressure for democratization, provide protection from increasing threats from North Korea, and showcase the Korean economic miracle to the world community. South Korea was awarded the bid on 30 September 1981, becoming the 20th host nation (16th in the Summer Olympics), as well as the second Asian nation (following Japan in the 1964 Summer Olympics) and the first mainland Asian nation. Influenced by the model of 1964 Tokyo Olympics as a rite of passage for the Japanese economy and re-integration of Japan in the international community in the post-war era, the South Korean government hoped to use the Olympics as a "coming-out party". The Olympics gave a powerful impetus to the development of South Korea's relations with Eastern Europe, the Soviet Union and with China. In utilizing media events theory, Larson and Park investigated the 1988 Seoul Olympics as a form of political communication. They revealed the significance of South Korea's military government throughout the period of the Olympic bid and preparation, followed by the many advantages of the Seoul Olympics: rapid economic modernization, social mobilization and the legitimization of the military dictatorship.

Expansion of "vagrant" camps prior to Olympics

Existing camps for "vagrants" (homeless persons) were ramped up prior to the 1988 Olympics. An Associated Press article states that homeless and alcoholic persons, "but mostly children and the disabled" were arrested and sent to these camps to prepare for the Olympics. In addition, a prosecutor had his investigation into the Brothers Home camp limited at a number of levels of government "in part out of fear of an embarrassing international incident on the eve of the Olympics." In 1975, the previous president of South Korea had begun a policy of rounding up vagrants. According to government documents obtained by the Associated Press, from 1981 to 1986 the number of persons held increased from 8,600 to more than 16,000. Police officers often received promotions based on the number of vagrants they had arrested, and owners of facilities received a subsidy based on the number of persons held. There were multiple reports of inmates being raped or beaten, and sometimes beaten to death. 4,000 of these "vagrants" were held at the Brothers Home facility. Many of the guards were former inmates who had been "promoted" because of loyalty to the camp's owner. Various money-making operations were conducted such as manufacturing ball-point pens and fishing hooks, as well as clothing for Daewoo. Only a few inmates were paid belatedly for this work. By accident while on a hunting trip, prosecutor Kim Yong-won heard about and visited a work detail of prisoners in ragged clothes being overseen by guards with wooden bats and dogs. In his words, he knew immediately that "a very serious crime" was occurring, and in January 1987, he led a raid on the facility and found beaten and malnourished inmates. However, he received political pressure at various levels to reduce the charges against the owner, managers, and guards. In the end, the owner only served two-and-a-half years in prison. The Brothers Home was a religious facility based on the Christian faith. There were in fact inspections by both city officials and church officials. However, these were scheduled inspections in which healthier inmates were presented in carefully planned and orchestrated circumstances. There were no unannounced inspections. In the 1990s, construction workers found about 100 human bones on a mountainside outside the location of the former Brothers Home.

In preparation for the 1988 Olympics, the International Olympic Committee worked to prevent another Olympic boycott by the Eastern Bloc as had happened at the 1984 Summer Olympics in Los Angeles. This was made more difficult by the lack of diplomatic relations between South Korea and communist countries. This prompted action by the IOC president Juan Antonio Samaranch, who was committed to the participation of these countries. Thus, at the Assembly of National Olympic Committees in Mexico City in November 1984, the "Mexico Declaration

was adopted; by it, the participants agreed to include the host of the Olympic Games in 1988. The agreement of the Soviet Union was reached in 1987. After the Los Angeles games, East Germany had already decided to participate again in Seoul. The IOC also decided that it would send invitations to the 1988 Games itself and did not leave this task to the organizing committee as had been done before. Despite these developments, behind the scenes, the IOC did consider relocating the Games and explored the suitability of Munich as an alternative. Another point of conflict was the involvement of North Korea in hosting the Games, something that had been encouraged by Cuban president Fidel Castro, who called for North Korea to be considered joint host of the Games. As a result, on 8 and 9 January 1986 in Lausanne, Switzerland, the IOC President chaired a meeting of the North and South Korean Olympic Committees. North Korea demanded that eleven of the 23 Olympic sports be carried out on its territory, and also demanded special opening and closing ceremonies. It wanted a joint organizing committee and a united team. The negotiations were continued into another meeting, but were not successful. The IOC did not meet the demands of North Korea and only about half of the desired sporting events were offered to the North. So the focus thereafter was solely on Seoul and South Korea. The games were boycotted by North Korea and its ally Cuba. Ethiopia, Albania and the Seychelles did not respond to the invitations sent by the IOC. Nicaragua did not participate due to athletic and financial considerations. The participation of Madagascar had been expected, and their team was expected at the opening ceremony of 160 nations. However, the country withdrew for financial reasons. 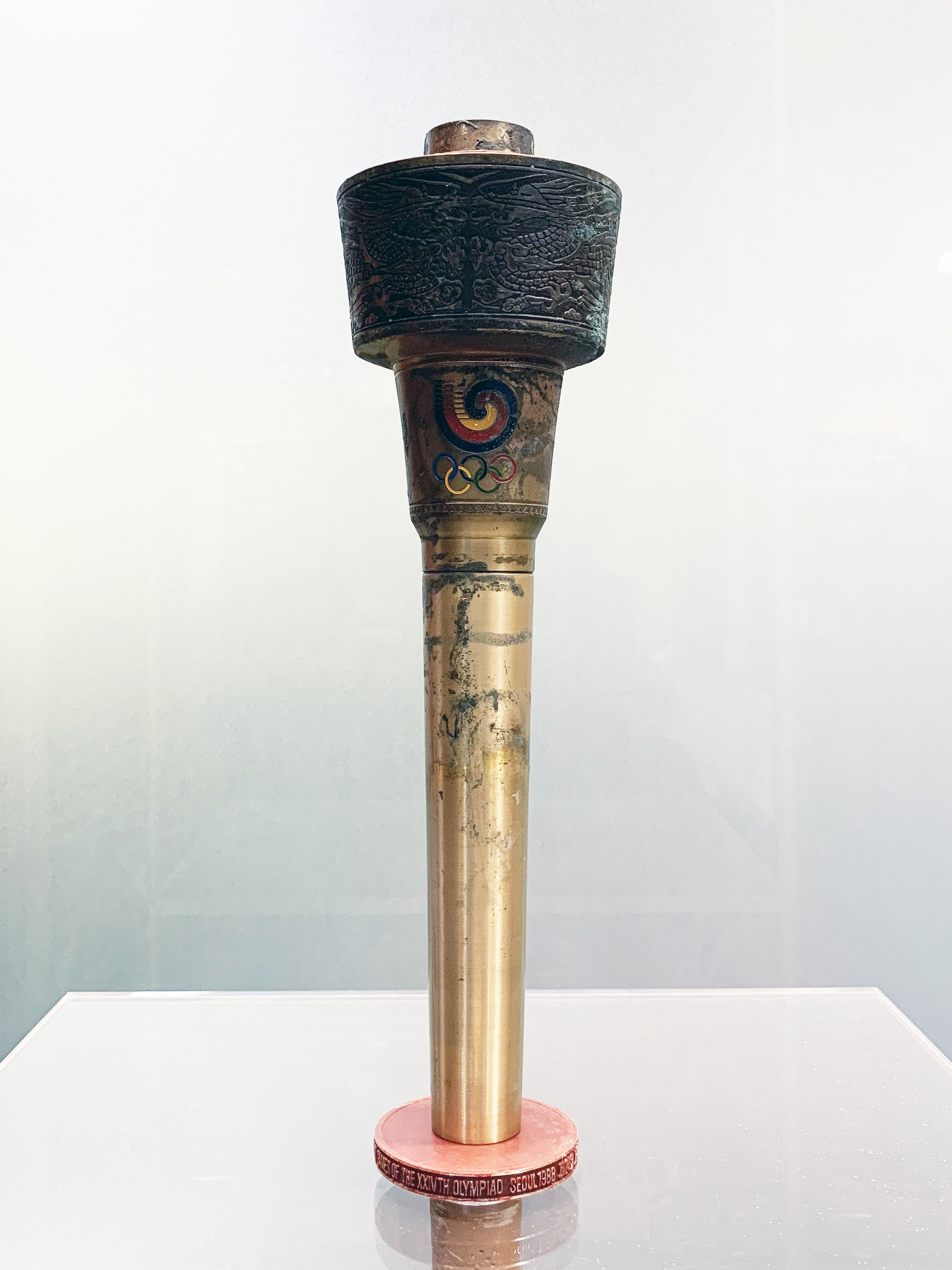 In 1988, the Seoul Olympic Organizing Committee (SLOOC) decided to produce and distribute an official song of the Seoul Games to publicize the Games to all the IOC member nations, encouraging their participation in the festival and consolidating the harmony and friendship of the entire world citizens through the song. The song "Hand in Hand" was written by Italian composer Giorgio Moroder and American songwriter Tom Whitlock, and performed by singing group Koreana. 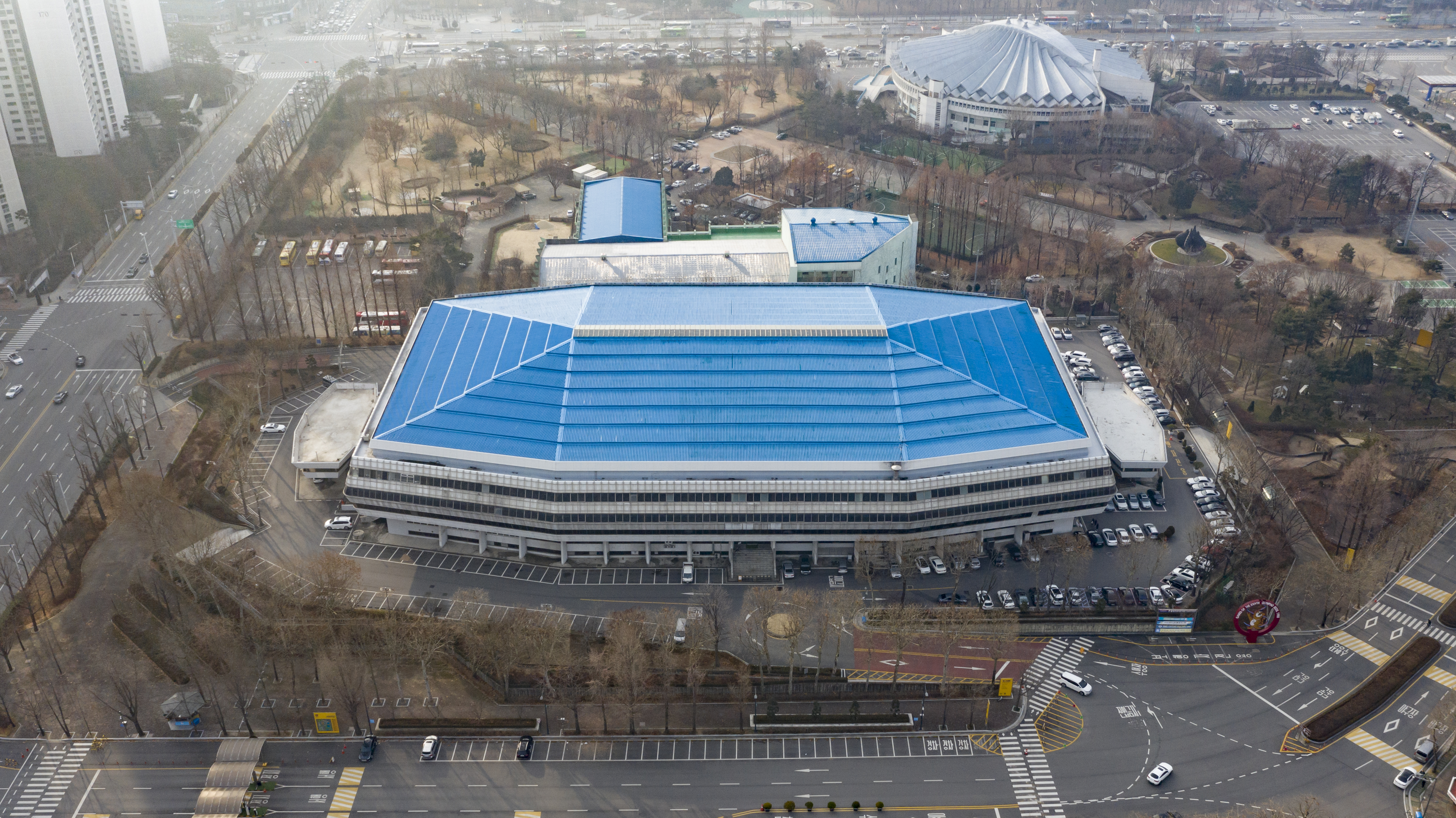 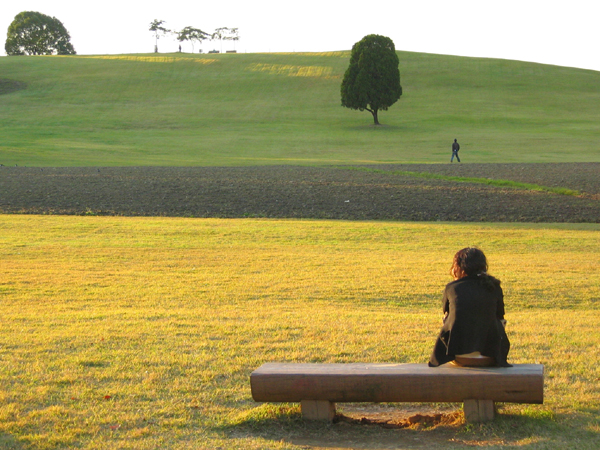 According to ''The Oxford Olympics Study'' data is not available to establish the cost of the Seoul 1988 Summer Olympics. Average cost for Summer Games since 1960, for which data is available, is US$5.2 billion.

Athletes from 159 nations competed at the Seoul Games. Aruba, American Samoa, Brunei, Cook Islands, Maldives, Vanuatu, Saint Vincent and the Grenadines, and South Yemen made their first Olympic appearance at these Games. Guam made their first Summer Olympic appearance at these games having participated in the 1988 Winter Olympics in Calgary. In the following list, the number in parentheses indicates the number of athletes from each nation that competed in Seoul: * When the team from the Dominican Republic marched in during the Parade of Nations, the superimposed map erroneously showed the location of Cuba, a nation that did not take part at the Games.

These are the top ten nations that won medals at the 1988 Games. Host nation (South Korea)

The official mascot for the 1988 Summer Olympic Games was Hodori. It was a stylized tiger designed by Kim Hyun as an amicable Amur tiger, portraying the friendly and hospitable traditions of the Korean people. Hodori's female version was called Hosuni. The name ''Hodori'' was chosen from 2,295 suggestions sent in by the public. It is a compound of ''ho'', the Sino-Korean bound morpheme for "tiger" (appearing also in the usual word ''horangi'' for "tiger"), and ''dori'', a diminutive for "boys".

In the United States, NBC became the telecast provider hereafter for the Summer Games, after a five-Olympics run by American Broadcasting Company from 1968 to 1984.

*''1988 Summer Olympics Album: One Moment in Time'' *Use of performance-enhancing drugs in the Olympic Games – 1988 Seoul