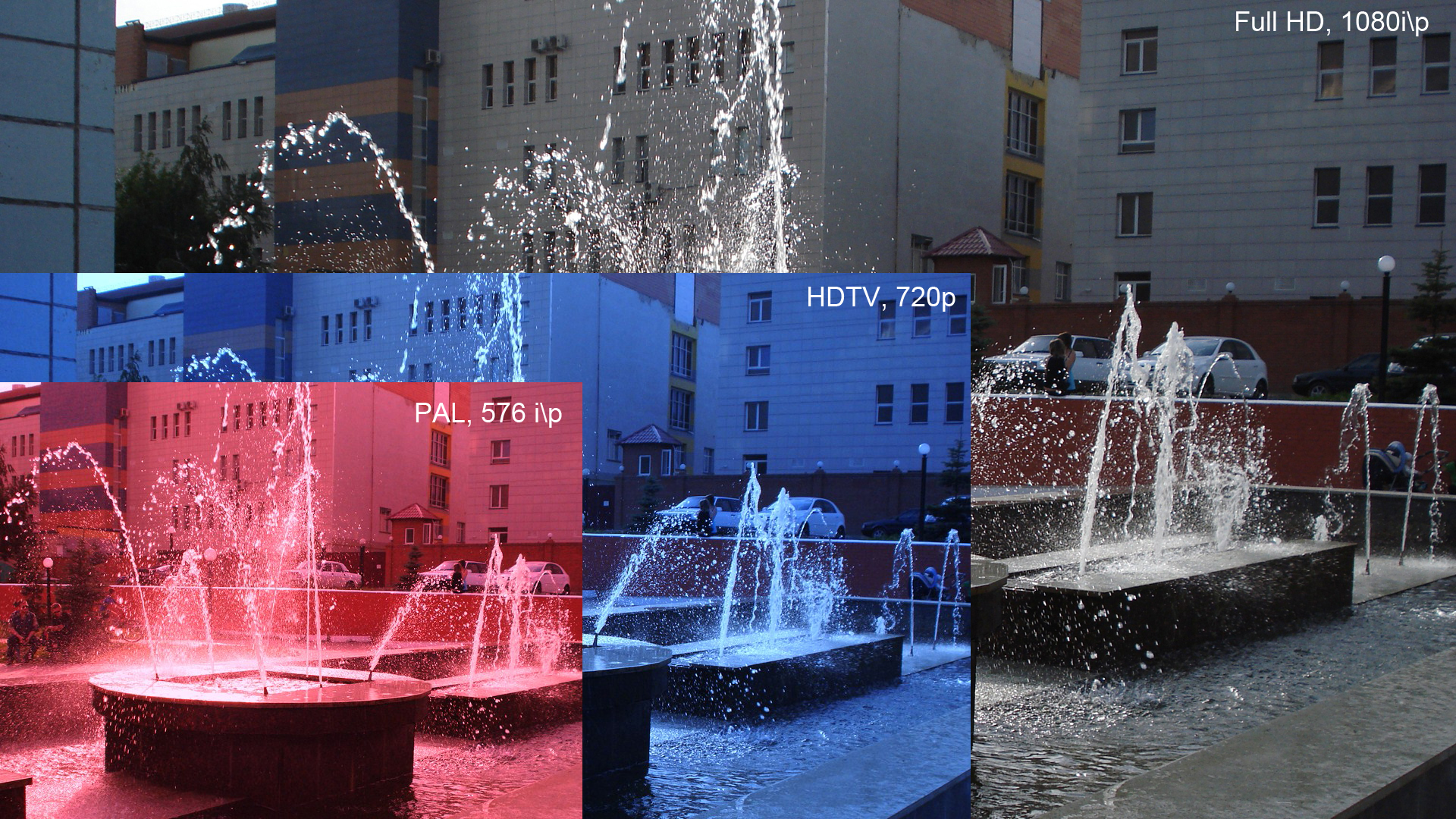 1080p (1920×1080 progressively displayed pixels; also known as Full HD or FHD, and BT.709) is a set of HDTV high-definition video modes characterized by 1,920 pixels displayed across the screen horizontally and 1,080 pixels down the screen vertically; the ''p'' stands for progressive scan, ''i.e.'' non-interlaced. The term usually assumes a widescreen aspect ratio of 16:9, implying a resolution of 2.1 megapixels. It is often marketed as Full HD or FHD, to contrast 1080p with 720p resolution screens. Although 1080p is sometimes informally referred to as 2K, these terms reflect two distinct technical standards, with differences including resolution and aspect ratio. 1080p video signals are supported by ATSC standards in the United States and DVB standards in Europe. Applications of the 1080p standard include television broadcasts, Blu-ray Discs, smartphones, Internet content such as YouTube videos and Netflix TV shows and movies, consumer-grade televisions and projectors, computer monitors and video game consoles. Small camcorders, smartphones and digital cameras can capture still and moving images in 1080p resolution.

Any screen device that advertises 1080p typically refers to the ability to accept 1080p signals in native resolution format, which means there are a true 1920 pixels in width and 1080 pixels in height, and the display is not over-scanning, under-scanning, or reinterpreting the signal to a lower resolution. The HD ready 1080p logo program, by DIGITALEUROPE, requires that certified TV sets support 1080p 24 fps, 1080p 25 fps, 1080p 50 fps, and 1080p 60 fps formats, among other requirements, with fps meaning frames per second. For live broadcast applications, a high-definition progressive scan format operating at 1080p at 50 or 60 frames per second is currently being evaluated as a future standard for moving picture acquisition. Although 24 frames per second is used for shooting the movies. EBU has been endorsing 1080p50 as a future-proof production format because it improves resolution and requires no deinterlacing, allows broadcasting of standard 1080i50 and 720p50 signal alongside 1080p50 even in the current infrastructure and is compatible with DCI distribution formats. 1080p50/p60 production format requires a whole new range of studio equipment including cameras, storage and editing systems, and contribution links (such as Dual-link HD-SDI and 3G-SDI) as it has doubled the data rate of current 50 or 60 fields interlaced 1920x1080 from 1.485 Gbit/s to nominally 3 Gbit/s using uncompressed RGB encoding. Most current revisions of SMPTE 372M, SMPTE 424M and EBU Tech 3299 require YCbCr color space and 4:2:2 chroma subsampling for transmitting 1080p50 (nominally 2.08 Gbit/s) and 1080p60 signal. Studies from 2009 show that for digital broadcasts compressed with H.264/AVC, transmission bandwidth savings of interlaced video over fully progressive video are minimal even when using twice the frame rate; i.e., 1080p50 signal (50 progressive frames per second) actually produces the same bit rate as 1080i50 signal (25 interlaced frames or 50 sub-fields per second).

In Europe, 1080p25 signals have been supported by the DVB suite of broadcasting standards. The 1080p50 format is considered to be a future-proof production format and, eventually, a future broadcasting format. 1080p50 broadcasting should require the same bandwidth as 1080i50 signal and only 15–20% more than that of 720p50 signal due to increased compression efficiency, though 1080p50 production requires more bandwidth or more efficient codecs such as JPEG 2000, high-bitrate MPEG-2, or H.264/AVC and HEVC. In September 2009, ETSI and EBU, the maintainers of the DVB suite, added support for 1080p50 signal coded with MPEG-4 AVC ''High Profile Level 4.2'' with Scalable Video Coding extensions or VC-1 ''Advanced Profile'' compression; DVB also supports 1080p encoded at ATSC frame rates of 23.976, 24, 29.97, 30, 59.94 and 60. EBU requires that legacy MPEG-4 AVC decoders should avoid crashing in the presence of SVC or 1080p50 (and higher resolution) packets. SVC enables forward compatibility with 1080p50 and 1080p60 broadcasting for older MPEG-4 AVC receivers, so they will only recognize baseline SVC stream coded at a lower resolution or frame rate (such as 720p60 or 1080i60) and will gracefully ignore additional packets, while newer hardware will be able to decode full-resolution signal (such as 1080p60). In June 2016, EBU announced the "Advanced 1080p" format